Sometimes thematic commonality just arises during a festival experience. When I planned to include these two films in a dispatch from Toronto, I honestly didn’t even realize the narrative DNA they would share. They’re both films about religious repression of homosexuality. In one, that repression leads to supernatural horror; in another, it creates the tragedy of unrequited love in a rarely-seen-in-film culture. One of the films is a striking piece of work from one of our best working filmmakers. The other is more of a disappointment, but features a great performance that nearly redeems it.

TIFF has a “Masters” program reserved for films by its most lauded filmmakers. After “Oslo, August 31,” “Reprise,” “Louder Than Bombs,” and now “Thelma,” I would argue that Joachim Trier deserves inclusion in the program with his next film. He is a phenomenal craftsman, the kind of filmmaker who works so confidently that nothing feels slightly considered or accidental. His newest film is something of a departure for him in that it’s a horror movie, but Trier is playing with themes about human relations that he has explored before—he’s just doing it in a different key.

That key could be called “Carrie”-esque, and Trier leans right into that comparison early on. The title character, played perfectly by Eili Harboe, is a student at an Oslo university. She’s working in the library one day when a beautiful girl name Anja (Kaya Wilkins) sits down next to her. Thelma starts shaking. Birds start flying into the library window. And then Thelma has an all-out seizure. She goes to the doctors, concerned she has epilepsy, but she doesn’t want to tell her parents (played by Ellen Dorrit Petersen and Henrik Rafaelsen). Why? What is she scared of? Or what are they scared of?

We learn that Thelma came from a deeply religious background, and so her growing attraction to Anja defies her upbringing. Is that why she’s having seizures? When there doesn’t appear to be a medical reason for her problem, she starts to wonder if there’s not something more biblical going on. Is she being punished? And why does she keep having dreams of religious imagery like snakes, offering temptation? Harboe is phenomenal at capturing the blend of confusion that turns into something more like confidence. She figures out that she’s not like other girls. And the movie gets more terrifying as we figure that out with her. This is a beautifully modulated thriller, and it comes with a message that feels valuable—it’s not homosexuality that will bring about the devil but its repression. 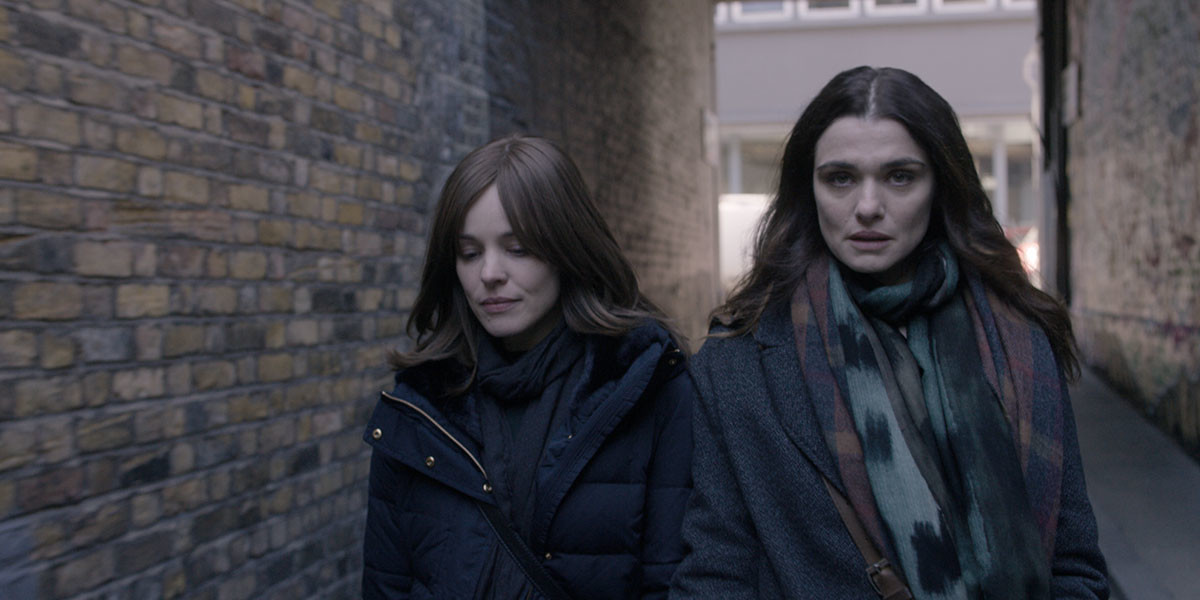 Repression is a major theme of Sebastian Lelio’s “Disobedience” as well, an adaptation of the Naomi Alderman novel about an Orthodox Jewish community in London and the culturally impossible relationship that arises there. Ronit (Rachel Weisz) has left this corner of the world behind, dismissing her culture to such a degree that she’s changed her name and lost contact with her family. Her father is a revered rabbi in London, and he passes away in the first scene of the film, leading Ronit to have to return not only to pay respects but claim her inheritance. When she arrives, she learns that her best friend from childhood, Esti (Rachel McAdams), has married the heir to her father’s rabbinical position in the community, Dovid (Alessandro Nivola). Esti and Ronit have always had a special relationship, and they rekindle a love that becomes more than just friendship. But, of course, this community, and Esti’s marital status, can never allow it.

Weisz’s Ronit is too much of a cypher here, played in such a lowkey register by the talented actress that she doesn’t make an impact. I understand that the culture here needs to be respectfully portrayed—and the verisimilitude of the community feels accurate—but there also needs to be urgency to the action, even if it’s merely the urgency of forbidden love. It doesn’t feel like Weisz or Lelio got a handle this character in a way that would make her feel like more than a cliché. Conversely, McAdams does some of the best work of her career as Esti, the true instigator of this relationship (she is the only who hasn’t refused contact with Ronit) and the one who won’t give up on it. McAdams has been an underrated performer for years, and it’s nice to see her get a challenging role here. She’s easily the best thing about the movie. I wish the rest of the movie felt as fully realized as her performance because, like the relationship at its center, there’s potential here for something beautiful that feels just out of reach.