The film from this year that I have recommended more than any other is Rokhsareh Ghaem Maghami’s “Sonita,” winner of the Grand Jury Prize and Audience Award in the World Cinema Documentary competition at this year’s Sundance Film Festival. It follows a teenage Afghan refugee and aspiring rapper, Sonita Alizadeh, as she protests against her estranged family’s efforts to sell her into marriage. Now in Iran, Sonita writes a song, “Brides for Sale,” that masterfully articulates the systematic oppression of females in her culture. As the young woman’s predicament becomes increasingly desperate, the director finds herself unable to remain a passive observer, leading to a final act that is as suspenseful as any film—nonfiction or otherwise—I’ve seen. I was frequently reminded of Sonita’s courageous spirit while viewing several documentaries at Toronto that chronicled the lives of people rendered pariahs because of their passion.

Consider Sabah, the 15-year-old girl who’s easily the most compelling subject in Philip Gnadt and Mickey Yamine’s “Gaza Surf Club.” As a young child living in the Gaza Strip, she garnered media attention for her formidable skills on a surfboard, but now that she’s an adolescent, she is no longer allowed to surf in public. This comes as a disappointment to her father, who claims that if his girls were able to compete in swimming competitions, they would beat everyone. Sabah’s own frustration is palpable as she recounts how wearing a headscarf underwater would cause her to choke, though onlookers would still scold her for not wearing it. A scene where Sabah manages to mount her surfboard once more, with her head uncovered, serves as the emotional highpoint of Gnadt and Yamine’s diverting yet all-too low-key picture. Set along the gleaming beaches of Gaza, the film focuses on various people, the majority of them men, who have embraced surfing as a way to escape the chaotic reality of being trapped on land wedged uneasily between Israel and Egypt.

The opening sequence effectively juxtaposes the sounds of explosions likely caused by airstrikes with images of crashing waves, which start to resemble clouds of debris. Yet since much of the carnage is left offscreen, we get little sense of the tension reverberating through the subjects’ everyday lives. The film’s overriding tone is one of melancholy, as men reveal how surfing has become their last chance at maintaining sanity while living in a place devoid of hope. After struggling to obtain his visa, 23-year-old Ibrahim is unsure whether he will ever return to Gaza after arriving in Hawaii. His original plan was to acquire training in Hawaii that would enable him to create a surf club back home, yet that dream seems more fanciful the further removed he is from the Middle East. Elevating every frame is Niclas Reed Middleton’s radiant widescreen cinematography, which vividly conveys the fleeting sense of freedom felt by surfers before they are forced to return to shore. No wonder why they can’t wait to catch the next wave. 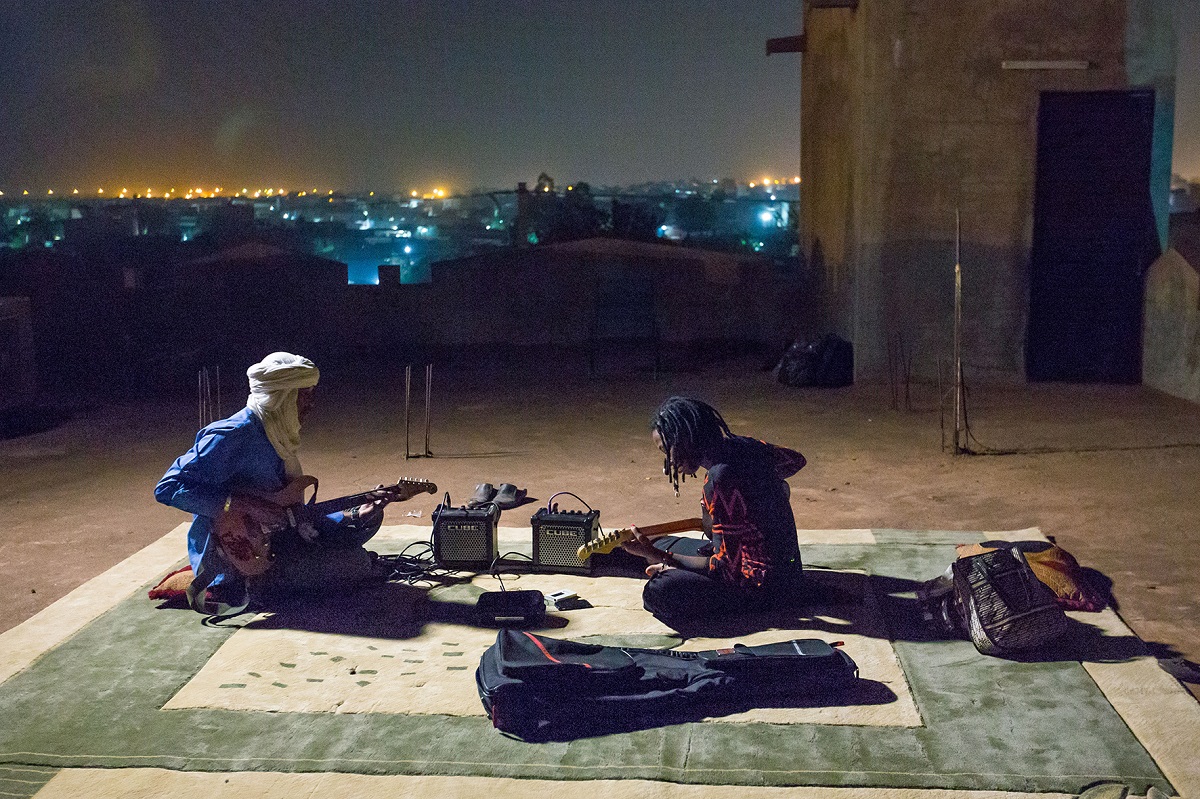 Lutz Gregor’s “Mali Blues” is similar to “Gaza Surf Club” in that it is effortlessly watchable, yet too pleasing and picturesque for its own good. After Islamic fundamentalists ban music from northern towns in Mali, local musicians are forced to perform elsewhere. The film takes place three years later, as Fatoumata Diawara (featured briefly in Abderrahmane Sissako’s superb 2014 Oscar-nominee, “Timbuktu”) returns to the southern part of the country, where she will perform in her first-ever home concert. “I don’t recognize my country anymore,” Diawara confesses, while crediting music as not only a healing force, but a uniting one capable of bringing together Mali’s 300 diverse ethnic groups. A particularly poignant moment occurs when Diawara sings about the dangers of genital mutilation (a tradition unforgettably portrayed in Ousmane Sembene’s “Moolaadé”) to an audience of Malian women.

Artists like her embody a tolerant and peace-loving form of Islam that sorely needs exposure at a time when the world is reeling from acts of terror. Perhaps the most electrifying song in the film is “Explain Your Islam to Me,” in which rapper Master Soumy rails against those who persecute and murder in the name of his widely misunderstood religion. Unfortunately, Gregor’s film continuously threatens to devolve into a feature-length music video, joining lyrics (which are thankfully subtitled) with prolonged takes where the camera simply glides through streets, immersing us in visual details that are intriguing but left largely unexplored. Just as the surfing footage made “Gaza” worth a look, “Mali” just manages to get by on the strength of its music, which expresses more about Malian culture than any number of talking heads. 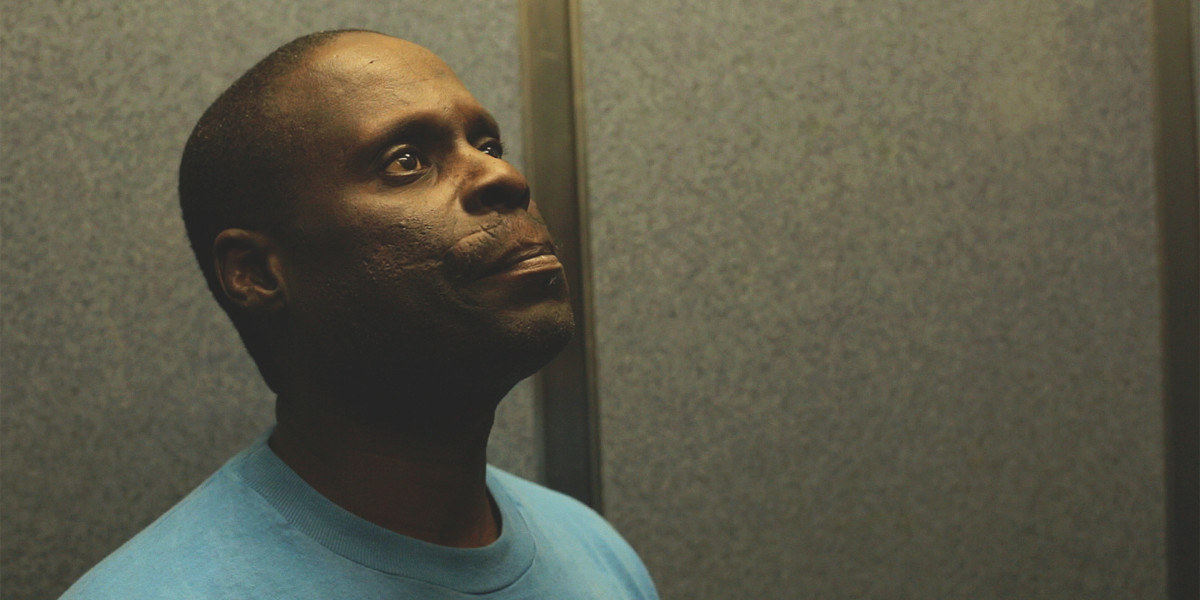 And then there’s Hugh Gibson’s “The Stairs,” a film comprised largely of talking heads that is nevertheless the strongest of the three selections highlighted here. Like the previous two titles, this film follows a group of people who have been pushed to the margins of society because of a compulsion, though this one proves to be considerably more harmful than surfing or singing. The staff at Toronto’s Regent Park Community Health Centre includes many social workers that have a history of drug use. The cyclical nature of addiction is not shied away from, as Gibson charts the journeys of three staff members as they attempt to get their lives back on track. “Relapse is a part of recovery,” says Roxanne, a former sex worker. “I just don’t want it to be a part of mine.” Her stories are so riveting that they could easily form the basis of a film on their own. She describes in candid detail how she faked having sex with clients, how she sized up whether potential clients were on the level by studying their license plate stickers, and in a horrifying account, how she escaped her “worst date” by smashing herself through a window and getting hit by a car.

With an attention to nuance worthy of Kartemquin standards, Gibson finds subtle ways of involving us within the lives of subjects, such as the engagingly talkative Marty. As he settles into his apartment, cooking dinner while watching “Bonanza,” we share in Marty’s relief after having spent days in a urine-stained stairwell, a bleak period that he recounts in a self-penned song. His long-time friend, Greg, was brutally beaten by police, though he risks losing the belated court case with his tendency to disappear whenever he’s most needed. When Marty’s own failure to control his short temper threatens to expel him from his cherished community, he’s forced to grapple with how life is, in essence, an endless struggle with no happy endings. This summation might make Gibson’s film sound like a downbeat dirge, but it is, in fact, a deeply inspiring look at ordinary people striving to defy the odds by helping each other off the stairs and out the exit door. It is also worth noting that the exquisite final shot, captured through a car’s side mirror, is as happy an ending as one could hope for.