She reeks to high heaven. She’s churlish on her best days. She expects to be catered to by strangers no matter the inconvenience. She doesn’t know the meaning of “thank you.” Her bathroom habits are beyond disgusting. And she is haunted by a tragic accident from her past that compels her to seek absolution from the local priest on a regular basis while paying off a blackmailer.

She is “The Lady in the Van,” and with the glorious Dame Maggie Smith behind the wheel, she is more than worth the effort of making her acquaintance. Thank goodness, however, that no one thought to add Smell-O-Vision to this very British true story about a woman named Miss Shepherd, (described as an “odiferous concerto”), who actually resided in her vehicle for 15 years in an upscale London borough.

Those who mostly know Smith these days as “Downton Abbey’s” commandeering Dowager Countess might be taken aback by her presence here as a glorified bag lady, whose wizened mushroom-like visage peers out from layers of glad rags of uncertain cleanliness. But the six-time Oscar nominee is quite familiar with this odd woman, as imperious as “Downton’s” Lady Violet Crawley in her own crusty way, variously called Mary or Margaret. She starred in the original stage version of Alan Bennett’s play of the same title in 1999, and later did a radio adaptation.

Alan Bennett, the Oscar-nominated screenwriter for “The Madness of King George,” collaborates again with director Nicholas Hytner while adapting his own play about how this eccentric interloper ended up residing in his driveway. He is also the source of not one but two characters onscreen—Bennett the writer and Bennett the man, one handling the writing details and the other managing his life. Like an old married couple, they trade sarcastic jibes while advising each other.

As brought to life by Alex Jennings, this bespectacled wordsmith, whose appearance and mannerisms suggest Truman Capote by way of Elton John, is a fine subservient if mildly peevish foil for Smith. If Bennett has a weakness, it’s his abiding fondness for little old ladies—both for his sweet mother, who is losing her mental grip on life and ends up in a nursing home, and Miss Shepherd, who appears to have the survival skills of a titanium-coated cockroach.

Not that Bennett doesn’t have his own motives for keeping her and her bodily waste around. She is his muse as it were, and every rude encounter provides abundant material. When a churchgoer next in line at the confession booth shudders after catching a whiff of her scent, the priest says, “There’s air freshener behind the Virgin.” Noting a regular nightly trail of attractive male visitors who pass by the van on the way to Bennett’s door, she suspects they are communists. And the joy she takes in smearing school-bus yellow paint with a dish-washing brush on a new van donated by one of Bennett’s liberal-guilt-ridden arty neighbors is infectious.

The film itself takes a slightly different route than the latest round of senior citizen cinema that has come out of the UK since the success of “The Best Exotic Marigold Hotel.” There is no need to pull out your hankies even if the ending leaves us wishing that Mary (or Margaret) could have had a more fulfilled life. There is a streak of English whimsy to be sure, but cheap sentimentality is mostly avoided. Plus, the movie has given all of us a gift: Yet another wonderful late-life role for Maggie Smith fans to enjoy. 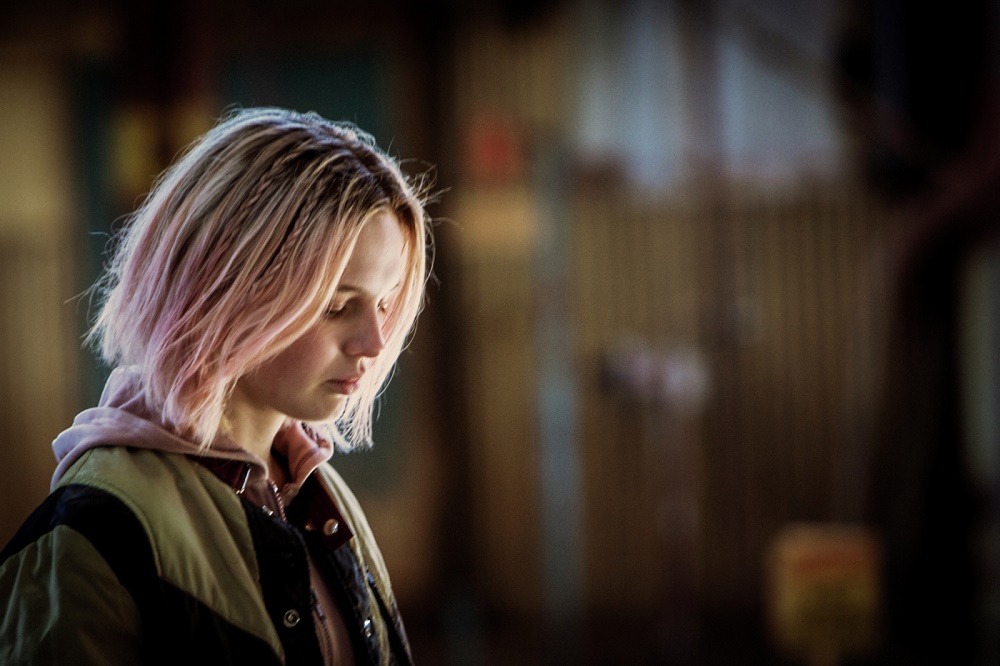 From old ladyhood to troubled girlhood; from Australia comes “The Daughter,” a rather loose adaptation of Ibsen’s “The Wild Duck." This story about a clan, rocked by the revelation of long-held duplicities, manages to compensate for soap-opera histrionics by virtue of some fine performances, and the timely theme of pitting the privileged few against the struggling working class.

Yes, a duck symbolically becomes injured in the opening scenes, thanks to the so-so shooting skills of Henry, Geoffrey Rush’s aloof factory owner who has just announced the closing of his lumber mill, which basically causes the inevitable downturn of a small rural town as residents flee to opportunities elsewhere. In the midst of this economic ruin, Henry decides to throw a lavish party celebrating his marriage to his stunning young housekeeper. That leads Henry’s prodigal son, Christian (Paul Schneider, the lone American accent in the cast), to return home from the States, further straining his relationship with his girlfriend back home.

This is initially a warm reunion between Christian and his happy-go-lucky pal Oliver (Ewen Leslie), who counts loving teen daughter Hedvig (Odessa Young, whose assured naturalism does much to undercut the melodrama), devoted wife Charlotte (Miranda Otto) and grizzled father Walter (Sam Neill, a welcome addition) among his blessings despite losing his job. Once Christian reveals himself to be a recovering alcoholic, who is prone to violent and irrational outbursts when he drinks, it is pretty clear that it won’t take much for him to pick up the bottle again especially after we learn that he blames his father for his mother’s suicide.

For a while—maybe too long—Christian’s woes act as the story’s catalyst once he finds out that Oliver’s wife was once his father’s housekeeper, too. Following an over-the-top shot that has a sneering Schneider looking like Barnabus Collins from TV’s “Dark Shadows” just before he draws blood, he goes on a booze-a-thon that leads to his sharing of hurtful information. That way everyone can be as miserable as he is, including the innocent Hedvig.

Young is quite terrific with her lilac-hued hair and youthful vivaciousness, and it is always a pleasure to see Neill even if he is subdued. Leslie, meanwhile, is a standout in a thankless role as a decent and upstanding everyman unfairly victimized by the deceit of others. But director/writer Simon Stone, who is making his film debut, is unable to make his contemporary theatrical reinterpretation of Ibsen totally work in a satisfactory fashion on the big screen.  Only the duck gets away unscathed.