While high-profile, studio-driven, Oscar-intended fare like “The Theory of Everything” and “The Imitation Game” are bound to grab headlines, one of the great things about TIFF is being able to dig a little deeper and find something unique, maybe even something special. As we continue our TIFF coverage this week, we’ll try and find the films that perhaps not everyone is talking about, but that deserve an audience. The buzz in the middle of TIFF has been somewhat defined by disappointment in the big films, but perhaps we should be looking more at a few of the smaller ones that premiered this relatively quiet Sunday.

One such film is Richard LaGravenese’s adaptation of Jason Robert Brown’s unique, beloved musical “The Last Five Years” with Anna Kendrick and Jeremy Jordan. Unapologetically broad (as most great musicals should be), LaGravenese’s musical is a vehicle for the mega-talented Kendrick and she nails every beat within it. She’s phenomenal here as Cathy, a woman who we meet singing “Still Hurting,” a heartbreaking number about the end of a relationship. LaGravenese films the number very patiently, mostly in close-up, sometimes panning around the room to reveal artifacts of a broken marriage like framed photos of happier times. And Kendrick devastates. I have to admit I liked “The Last Five Years” before the first song was over.

It’s worth defining the structure of “The Last Five Years” as it will aid in your enjoyment of the film. It’s about a break-up. It’s about a connection. As Cathy sings us back through her relationship with Jamie (Jeremy Jordan), his songs take us in the other direction. So, we see her breakup song followed by him singing about falling in love with her, and the film alternates from there, creating a fascinating relationship dynamic. As she’s going back to happier times, he’s going toward the inevitable end. It’s a brilliant structural representation of the disconnect that often breaks up couples. And I like the way that the source material here plays with the concept of how struggle vs. success can define a marriage. As Jamie becomes a world-famous author, Cathy goes on endless auditions and does challenge-less local theater in Ohio. He’s going up, she’s going nowhere, much like the structure of the musical keeps them apart.

“The Last Five Years” isn’t perfect. Jordan emotes to the back row a bit too often, coming off more like an “American Idol” contestant than a movie star. And part of the problem is that he’s the only real cast member opposite Kendrick, who absolutely nails it. She SO dominates the film that one feels the imbalance. As with all great musical performances, it’s about range. Kendrick hits the notes, both emotional and musical. She’s reason alone to seek it out and the reason I suspect this film will find a very loyal cult audience when it eventually travels South from Toronto. 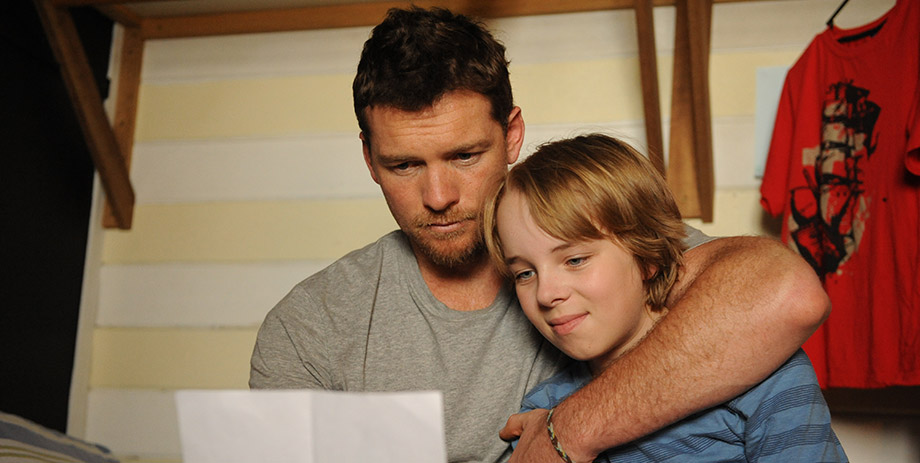 Coming up from the South is the delicate, sweet, gentle, Australian “Paper Planes,” part of the TIFF Kids program that also includes the great GKids’ “Song of the Sea.” “Paper Planes” isn’t a particularly special film but it’s a notably heartfelt piece of work, unapologetically designed for family audiences, which can be refreshing in a film festival world often defined by cynicism.

Eleven-year-old Dylan Webber (Ed Oxenbould) has a distant father (Sam Worthington) after the death of his mother. He basically takes care of himself. A paper plane contest comes to his school, and Dylan turns out to have a gift for the timeless craft of taking a sheet of paper and turning into an airborne delight. He’s so good at it that he gets invited to the National Paper Plane Championships in Sydney, where he finds a nemesis and a possible crush, while also bringing his dad out of his grief.

Clearly, this is a simple structure for a family film, the kind of thing we’ve seen repeatedly, but it’s well-executed here. There are some really cute, sweet character beats, largely because Oxenbloud is about as charming and believable as they come. There are definite flaws, including some horny grandpa humor and a final act bit of violence that I didn’t buy at all, but “Paper Planes” is as light and airy as its title implies. Maybe I’m a sucker because I’m a father (and watching this on my son’s first day of Kindergarten probably helped the film resonate emotionally), but it’s nice to be a bit of a sap in the middle of a festival that feels dominated this year by dark stories of evil people. It’s nice to fly for a bit. 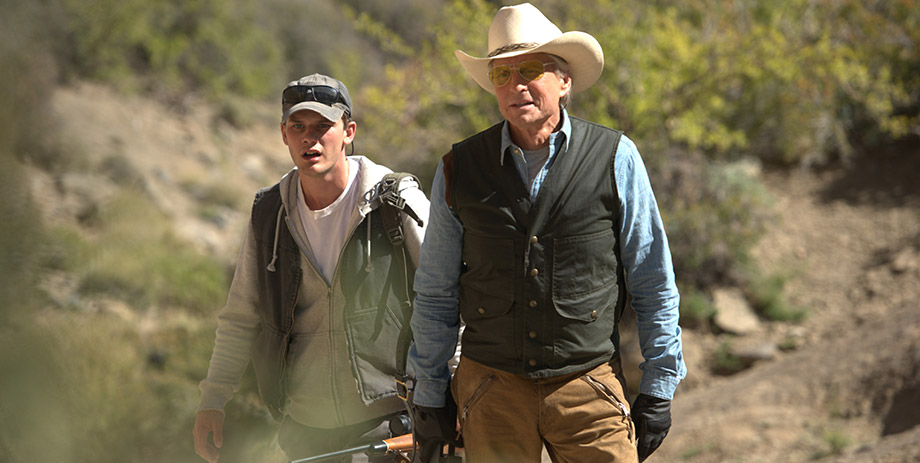 And then you come crashing to the ground with “The Reach,” my least favorite film of TIFF 2014 so far. A script that could have possibly served as a decent episode of a half-hour anthology series (and even then it would have needed a rewrite) is stretched far beyond tolerable in this thriller that provides no thrills. Michael Douglas slums as Madec, a high-rolling hunter who pops up in the Mojave Desert in a $500k SUV, carrying a custom-made rifle. He’s rich. His guide on a hunting trip, Ben (Jeremy Irvine of “War Horse”), is not. The initial set-up is relatively promising—a pompous ass from the 1% goes hunting with a guy struggling to make ends meet. There’s no way this could end well.

Of course, something goes VERY wrong in the desert and Madec decides Ben can’t come home with him. A cat-and-mouse game unfolds…well, a cat-and-mouse game should unfold, but “The Reach” makes no sense. Stephen Susco’s script constantly refuses to answer questions of simple logic, and provides very few thrills to compensate. We don’t mind if characters are thin or narrative twists make no sense if the action is tight and the thrills are nail-biting. When they’re not, well, you get movies like “The Reach.”