National identity and unity in wartime is the theme of three features in 3rd Annual Chicago Serbian Film Festival, a sampler of festival fare from the Republic of Serbia. Presented as a “celebration of the best in contemporary Serbian cinema,” seven titles–one world premiere and four U.S. premieres–screen December 4th through 6th at the Muvico Rosemont 18, 9701 Bryn Mawr Ave. in suburban Rosemont, Illinois.

“Chicago is home to the largest Serbian community outside of Belgrade,” states the Chicago Serbian Film Fest Society, acknowledging aid from the Serbian Ministry of Foreign Affairs’ Directorate for Diaspora and the Consulate General of The Republic of Serbia. Backers include Serbian Radio Chicago, Serbian National Defense Council of America, and Sveta Gora-Mount Athos Funeral Home.

A traveling smaller version of the fest is slated for Washington, D.C. next week. An unrelated Australian festival of Serbian films, now in its 15th year, screens at venues in Adelaide, Brisbane, Melbourne, Perth and Sydney. Among festivals based in Belgrade, there are showcases for queer, fantasy and underwater films, as well as those for and by people with disabilities.

Of the three features available for preview in this year’s Chicago Serbian FilmFest, the best is “Enclave” by writer-director Goran Radovanovic, screening on December 5 (8:45pm). Winner of an audience award at the Moscow International Film Festival, it is Serbia’s entry in the Best Foreign-Language Film category for the 88th Academy Awards.

Radovanovic dramatizes the plight of Christian Serbs in a Kosovo enclave surrounded by Muslim Albanians who vandalize a Serb bus and desecrate a Serb cemetery. With evocative framing and editing, the 2004-set drama details the interpersonal toll of the 1999 bombing that drove some 200,000 other Serbs from their Kosovo homes.

Ten-year-old Nenad (Filip Šubarić) must take a NATO/ KFOR armored carrier to and from school. He’s the sole student of the Serbian teacher, until she relocates to Belgrade. The local orthodox priest needs escorting by armed peacekeepers too. When “Enclave” screened at Haifa Film Festival, Radovanovic told an Israeli site that at age 40 he went back to the Orthodox Christian faith of his grandparents.

Nenad lives on a dairy farm with his bitter, brandy-swilling father and ailing 80-year-old grandfather with a cache of illegal guns hidden under his death bed. A wedding and a funeral will underscore universals among neighbors vexed by murderous intolerance.

Radovanovic bookends “Enclave” with Nenad writing an assigned essay about his best friend. In the opening scene, he call his grandfather his only friend. At the end, in a new classroom, he can fill in that blank with the name of a Serbian boy who almost shot him.

“No One’s Child,” directed by Vuk Rsumovic and screening December 4th (9:15pm), is another tale of two boys in a time of Balkan conflict. Like “Enclave,” this engaging drama is structured with similar first and last scenes. This time it's a boy and a wolf in a snowy woods where there are men with guns. The interplay of those elements will change, reflecting Balkan boundaries drawn between 1988 and 1992.

“Based on true events,” this allegory of barbarism tracks a feral boy (Denis Murić, who played Nenad’s friend in “Enclave”) found among wolves in the wilds of Bosnia. This pitiable figure of statelessness is taken to a Belgrade orphanage where he’s befriended by another boy and learns to tie his own shoes, eat with a fork and how to talk. The terrible irony is that he regains his humanity at the moment when society turns beastly. A wolf may be his best friend, the mountains his redemptive homeland. 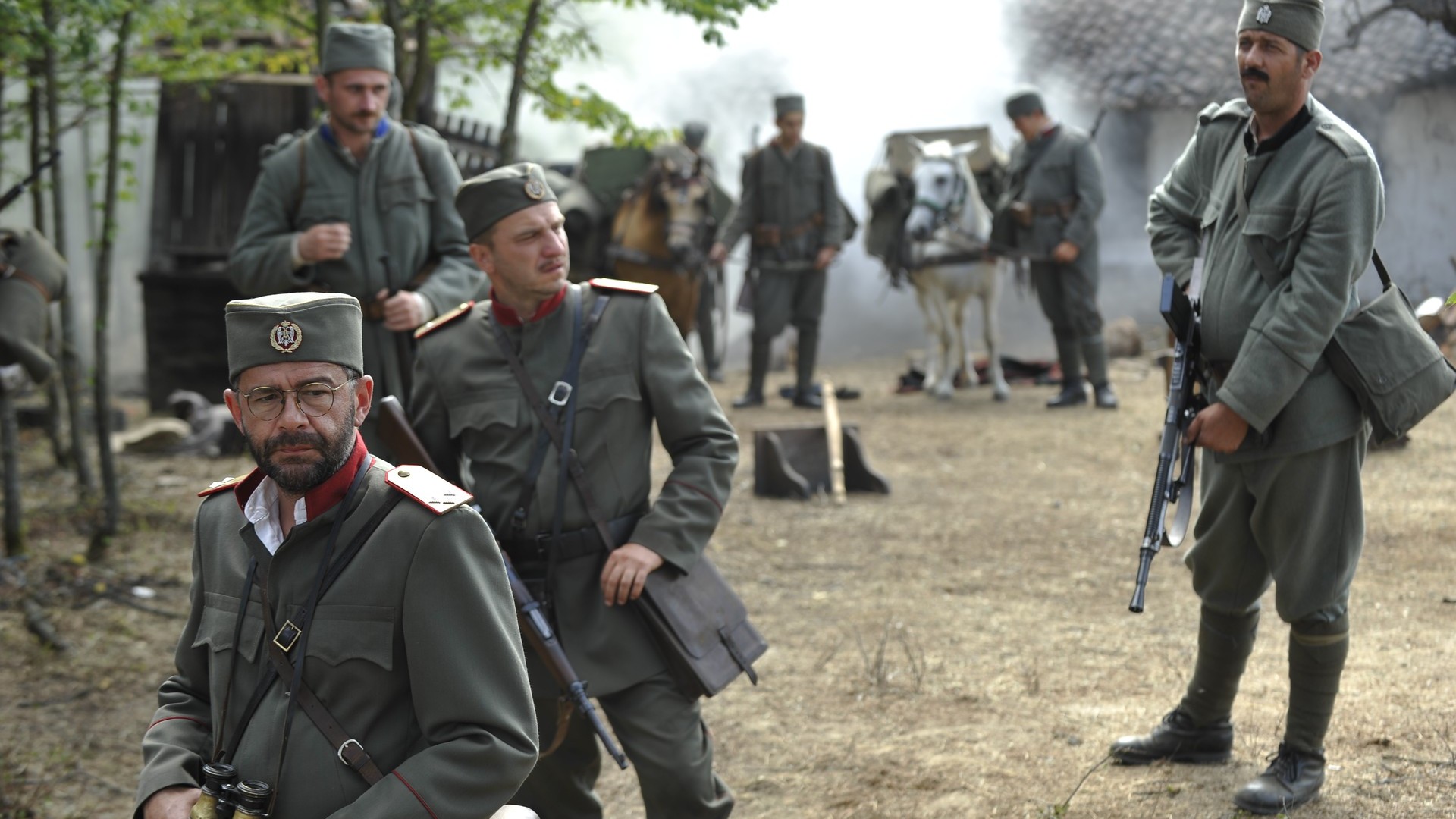 Least subtle is “For the King And Homeland,” Rados Bajic's salute to the persecuted patriots of World War II that screens December 4th (7:15pm). The script is didactic. The performances are one note. The score is too sentimental. And the lighting is glaringly plain.

An Air Serbia flight from the U.S. lands in Belgrade bearing an aged resistance vet from the village of Zaovine. He’s welcomed by a Jewish widow he long ago rescued as a little girl. She and her grown granddaughter help him revisit his haunts, amidst flashbacks to the tumultuous events between April 6 and May 13, 1941.

Bajic ends with an onscreen text: “By the end of The Second World War, hundreds of thousands members and followers of the Ravna gora Movement were forced to leave the country due to communist repression. Most of them never returned. This film is dedicated to them.”