Telluride 2014: Personal Politics in "Rosewater," "Tales of the Grim Sleeper"

The political is personal, and all pervasive, as revealed over and over as we move to the first full day of screenings at the 41st edition of this year's festival. The mode of political inquiry, moral, aesthetic and existential is recurrent in the early works shown here.

"Rosewater" is the directorial debut of the observant and often lacerating political humorist, sometime actor and "The Daily Show" host Jon Stewart, here adapting the memoir of the Iranian-born author, filmmaker, playwright and journalist Maziar Bahari.

Bahari, who's made his own films about the highly repressive social order and political state of Iran's theocratic rule, was a Newsweek correspondent and political exile living and working in London. Returning to Tehran in 2009 to write about the contested national elections, Bahari was arrested and charged with being a subversive, CIA-sponsored spy. 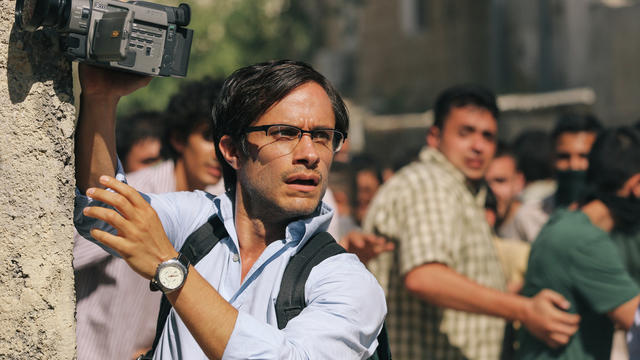 Stewart adapted the memoir and constructs a two-part narrative structure, built on themes of discovery and confinement, as Bahari's contentious family background (his father and sister were both imprisoned for their communist leanings) bleed into the present. Gael Garcia Bernal plays the journalist, and Stewart is not quite able to entirely transcend the aesthetic and narrative complications of casting a Mexican actor in the lead and playing the material in accented English.

Bernal, wiry and engaged, has always been an alert, physically compelling actor and he works through the awkard initial passages with an innate grace and intelligence. Stewart wisely acknowledges the cultural displacement, underlining the character's Western assimilation with a pregnant English wife, and the casting of Bernal exacts its own form of Brechtian distancing.

The first part is intelligently rendered though somewhat bloodless and clinical. Stewart struggles to find a consistent rhythm against the flashback-driven structure of the first half. His personal identification with the material is never questioned.

The film achieves a sharper edge and far greater psychological acuity once Bahari is arrested, cruelly blindfolded and detained in solitary confinement. The movie grows and finds a bleak, sinister and blackly comic absurdity in the political and moral exchanges between Bahari and his interrogator (Kim Bodnia), the blunt jailer and investigator assigned to secure the writer's confession.

Stewart is more comfortable and assured working in the claustrophobic and restricted space of the solitary cell. Bobby Bukowski's volatile and whip-fast cinematography is disruptive as it circles and moves around the two men's bodies, catching glances, moments of pain and vulnerability. Bernal has a dancer's lithe body and supple movements, but it's the interior qualities, the humor, that is the most jolting and immediate.

"Rosewater" is about a collision of ideas, not only of East and West, or even liberal democracy and theocracy, but a divide permanent and probably unresolvable in the conflict between information and security. It's not enough to draw blood, says the interrogator's Stalinist boss. "You must take away his hope." This is a bleak film, in many ways, marked by sorrow and rage. It also adds another impressive layer to the achievements of Jon Stewart. 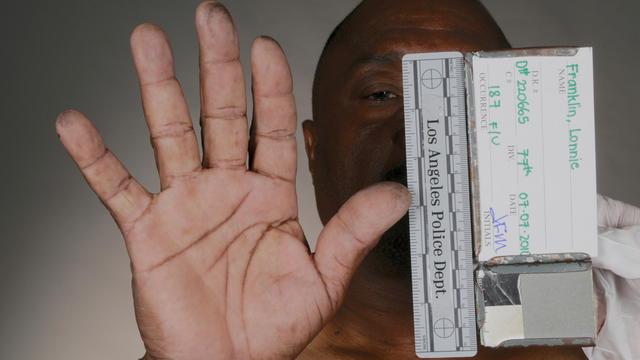 The British documentary filmmaker Nick Broomfield, like Stewart, has a great journalist's instinct but not always his discretion. His stories of crime, celebrity and political corruption are often fun to watch, but a great many of them have been marred by a fussy, sensational technique that turn too many of his subjects into grotesques worsened by his need to superimpose himself over the material.

No such qualms with his new, and I think, finest work to date, the mesmerizing, chilling and greatly disturbing "Tales of the Grim Sleeper." It's another of his true crime stories, a meditation on race, class, institutional racism and abject horror as he moves around the story of Lonnie Franklin, a South-Central mechanic and purported serial killer, the "Grim Sleeper," who preyed on black, poor women who were prostitutes or drug addicts.

The first victim was traced to 1987, and the movie unearths a staggering and haunting reign of terror. Franklin was arrested four years ago and is awaiting trial in Los Angeles on charges of killing 10 women and whose complete number of victims is unknowable, though it carries into at least 100 women, and more likely a great many more.

Broomfield made the film with his son Barney, the primary camera operator, and his producer, Marc Hoeferlin. He is, thankfully, a more moderated and adjusted presence here, probing and serious but not theatrical or self-regarding. He is an ethnographer, intelligent and open, who brings a bracing perspective and empathy to a struggling though vigilant black underclass suffering from systemic racism, the collapse of the industrial economy and political disenfranchisement.

Pretty much shut out by official government representatives and the the police, Broomfield instead explores the case from the ground up. Less structured around questions of guilt, the movie is drawn to process and form as Broomfield elicits clear-eyed, profane and direct testimony from friends of Franklin's, the bereaved and devastated family of those killed and the grass-roots, civil rights activists who are clamoring for greater official disclosure on the investigation and why the police suppressed valuable evidence from the public for more than two decades in some instances.

The three associates of Franklin have a craggy, lived-in existence of difficulty and personal demons that only accentuates their humanity and desire to find some trace of the rationale and known in trying to explicate his actions. The community activists traffic in rage and powerlessness against a closed-off system.

Stylistically, Broomfield films them in medium close-ups and largely unbroken shots that grants them a grace, dignity and individuality that is absolutely heartbreaking. And a late interview with the only known survivor of the Grim Sleeper is the kind of plea for appreciation and recognition that leaves you broken and choking up.

Most significantly, Broomfield cedes much of the film to the outsized and remarkable personality of Pamela Brooks, a 45-year-old recovering addict and former prostitute who becomes his entry point to the daily textures and rhythms of life in South-Central. Brooks is an enthralling figure, touching, warm, emphatic ("And that's when the shenanigans began," she says at one point) and riotously profane and funny. She offers a depth of characterization without ever forgetting her own private demons.

Even if one did not see this film in the wake of Ferguson, "Tales of the Grim Sleeper" registers like a brutal shock to the system. It is virtually impossible to not be appalled by the lack of transparency by Los Angeles police and prosecutors and how meager were the resources the city and county deployed to identify the severity of the problem.

The film feels a bit overlong and repetitive at times, and my most significant complaint is that Broomfield does not adequately address the earlier work, particularly the astounding journalism produced by LA Weekly, on many of the same material.

Those problems are fairly minor in the context of the film's remarkable achievements. The movie burns in the memory.