Film festivals like Sundance take a special interest in the unusual and original, something that’s celebrated in three particular films this year. These films display distinct ambition, too, though they are wildly different in content—an alcoholic disaster movie, a nun story and a movie called “Bitch.” Anyone worried about a dearth in cinematic creativity can find plenty of solace within Sundance’s programming.

Margaret Betts’ “Novitiate” is strikingly ambitious, even when it can be as formal as a church service. In her directorial debut, she has sought to make a movie that presents an honest, deliberately-paced and non-judgmental idea of a sister’s journey to become a nun during the 1960s. The story takes place before Vatican II decided that nuns were not as special as priests, and that their traditions of solemnity have been pointless. As it follows the religious journey of Sister Cathleen (Margaret Qualley), it plays to every beat with supportive, sunny music as she decides that she wants to become religious despite not being raised that way, and then elects to give herself to God. There are many moments where the first half of the movie feels like “Nun: Origins,” replete with “Full Metal Jacket”-level detail into the training process, and it becomes uncertain as to which angle Betts has with the story, unless it’s for audiences who believe just like Sister Cathleen.

Betts acclimates us with the different young women who share Cathleen’s passion, and we accept that they all want to make such a sacrifice. A fascinating angle of Betts’ take on nuns is by highlighting it as a love story, but about a woman’s relationship with God. The women often say “I love you, God,” and even refer to him as their husband. It’s also a vivid depiction as to why these women would voluntarily sign themselves up for a life that cuts them away from the world, while also repressing many actions.

As a movie that wants be as formal as possible until it starts to get some edge halfway, it is given that energy from its excellent cast of women (featuring Dianna Agron, Liana Liberato, Maddie Hasson, Morgan Saylor, Eline Powell and more). They are able to maintain the human side of these characters. Betts’ script as well becomes more interesting when it becomes less about the formalities and the women themselves, who have their curiosities about the sexuality they repress, along with the rules they follow.

Of all people in the cast, no one is more explosive than Melissa Leo, who is given carte blanche as the head Reverend Mother, acting upon her own repressions and powerlessness against the young women of the convent. Leo brings an intensity that also opens the movie up a bit, particularly in a scene where she forces the women to share what their deepest, darkest flaws are. It’s her performance, along with this movie’s interest in exploring religion as a loving relationship, that make this movie more vivid than it might initially seem. 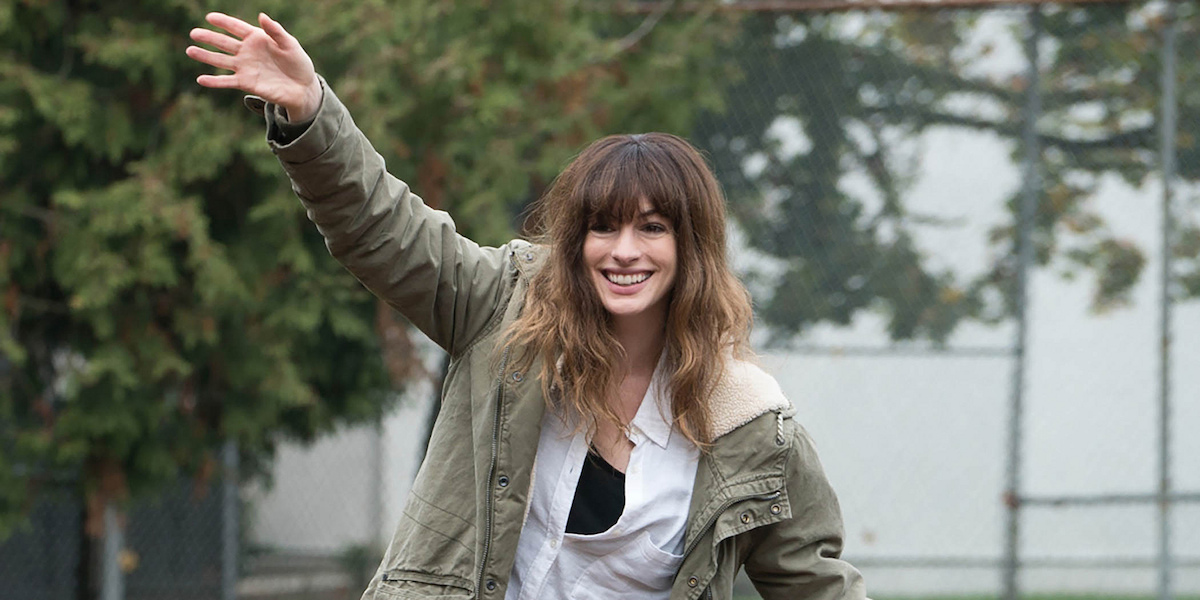 One reason that I like “Colossal” so much is that it runs like a parody of a typical Sundance dramedy. It tells of a woman (Anne Hathaway’s Gloria) who heads back to her hometown after getting dumped. In a house abandoned by her parents, she works through her self-destructive demons, particularly alcoholism and even sleeping in weird positions. She reconnects with people that she knew back from the day, including a childhood friend named Oscar (Jason Sudeikis, smiley and deceptive). But while “Colossal” opens up with a scene of a giant monster appearing in the city of Seoul back in the '70s, it wonderfully lives in a very relatable reality for a long time, until it starts bringing the monster details back to frame.

In ways best explained by Vigalondo’s film, Gloria learns that her actions hurt people in the most serious way one could imagine—literally, whenever she walks on a playground at a certain time of a day, a giant monster appears in the city of Seoul, and matches her physicality, damaging the city and killing hundreds in the process. The movie goes through an impressive emotional gamut with this concept—at first it’s mortifying when she realizes what she has done just casually, but then it becomes playful, leading to some great visual jokes—and successfully builds its own logic. It’s a thrill to see the movie normalize its bizarre concept, but to be true to itself every step of the way.

As the movie becomes original, so do the performances, like Hathaway’s incredibly physical turn. I’ve never seen “horrified because a foot stomp on a playground just killed hundreds of people,” but that’s the kind of expressions that are actualized by Hathaway. As the events lead to a genuinely effective climax involving saving Seoul at the playground, “Colossal” is one of those movies with the amount of creativity that some directors never produce in their whole lives. Fans of seeing films that are like never before should seek it out. 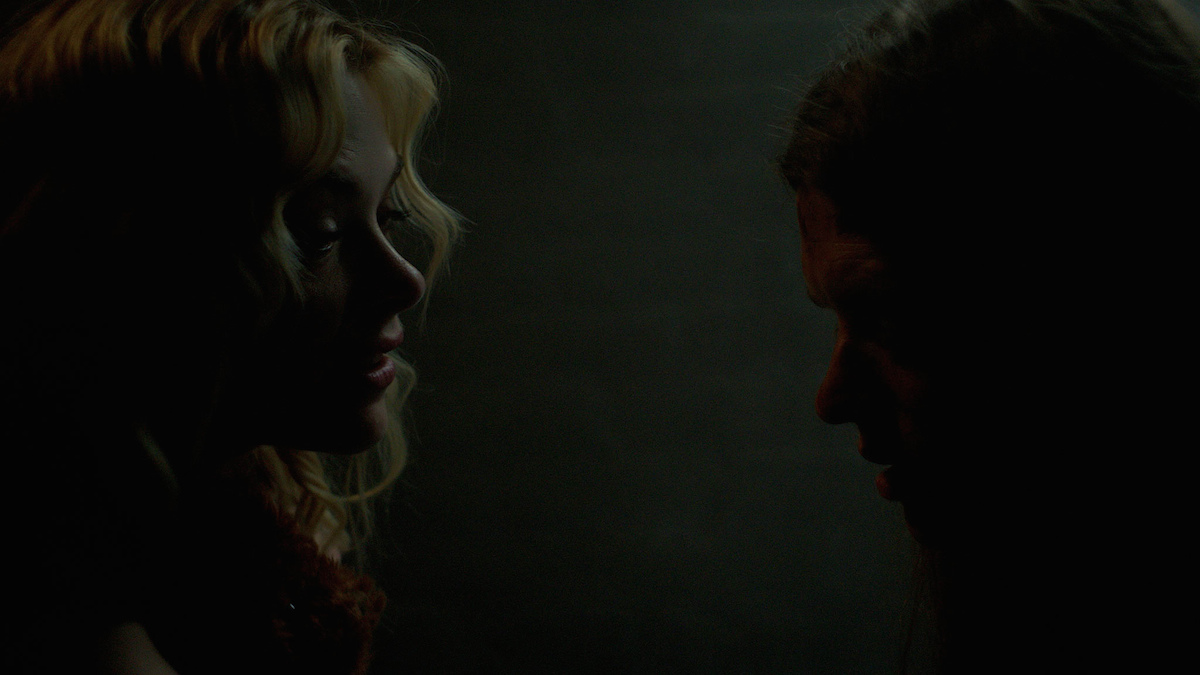 The nagging problem about Marianna Palka’s horror-comedy “Bitch” is that it displays her unique power as an actress while simultaneously showing her weaknesses as a writer and her potential as a director. With a concept that sells itself—a worn-down housewife becomes a dog—it’s underwhelmed by weak execution aside from the disturbing, intense ways she plays the character.

The story of “Bitch” draws the clear line between statement or expression. This is undoubtedly a statement, in which Palka plays the selfless supermom who tries to hang herself in the opening scene, but when that fails decides to embody the dog that she is treated like by her husband. She growls, walks on fours, and barks like a hell hound when eventually cooped up in the basement. It’s not done with the finesse of an expression though, because everything is played so directly—Palka is a dog, and her husband Bill (Jason Ritter) is just a complete doofus, who faces the reality of everything that she did when he has to do it himself. Ritter takes his bad-dad cluelessness to eleven with cringing over-acting. He flails and screams and drops twice to the floor in a sequence where he experiences the daily routine of dropping the four kids off at different schools, having to remember all of the little things in between. Whether he’s meant to be a reflection of the idiotic alpha male or a direct mirror, it leads to a movie that’s too often stuck on one idea.

The closest that “Bitch” comes to making an interesting expression is with how Bill blames Jill for everything, and won’t let her get psychiatric help because that’s his wife. The way that he talks about her is like pure ownership, adding to his entitlement of being taken care of. Bill fails to get that he is directly responsible for her condition.

The vision that Palka has for this movie can be a freaky one, from the modern classical score that plucks on strings and builds tension out of chaos to excellent sound design, with the guttural growls she makes as a dog. As she did with her grungy, depressed performance in previous Sundance film “Good Dick,” she revels in the grossness of a character, and takes on playing the dog with the intense physicality found more in performance actors than film actors. Her appearance, covered in feces, growling through grit teeth is disturbing, especially as her basement home is like a torture chamber from a “Saw” movie.