Sundance’s NEXT category doesn’t have the prestige of other competition sections, but it might be the best category in the festival. Here’s a place where crowd-pleasers are nowhere to be seen, where up-and-coming directors are celebrated for going all-out with the creative idea that inspires them. In turn, audience members tend to either fall in love or walk out. This year’s NEXT was especially strong, especially given the raves received by the likes of “Columbus,” “A Ghost Story” and “Thoroughbred.” Two more to add to that list are “Lemon” and “Menashe,” distinct directorial debuts that engage audiences in ways that should be cherished and shared.

Janicza Bravo’s “Lemon” breathes new life into an ancient concept—a man who is dumb and also white. Comedian Brett Gelman plays said man in what's easily his best role in a promising career of excellent side characters from “Tim & Eric” projects to Amazon’s “Fleabag.” In this movie (which he co-wrote with Bravo) he plays Isaac, a ridiculously pompous acting coach whose life falls apart. His girlfriend (Judy Greer, hilarious and cruel) leaves him after being together for ten years, and his own career as an actor trying to get modeling work isn’t panning out. Meanwhile, his hopes of impressing a young actor who has connections (Michael Cera, weirder than he was in “Person to Person” and even funnier) backfire. Isaac finds some type of comfort when he starts a relationship with a woman named Cleo (Nia Long, who deserves Sundance special kudos for doing both this and "Roxanne Roxanne").

This is one of those rare comedies that directly engages said dumb white male's place in the world. It's a constant part of his interactions, whether it’s with a woman in his acting class that he constantly undermines (which makes for a hilarious running gag) or Cleo, who provides a type of culture shock with her family (it is worth noting that Gelman and Bravo are an interracial couple in real life, here making an exceptional comedy in part about an interracial couple). "Lemon" doesn’t play any of its irreverent humor cheaply, incorporating it into very specific filmmaking choices (abrupt edits, extended sequences); nor does it become heavy-handed. Gelman's performance is sincere to the dark comedy of Isaac while playing the ultimate clown of privilege. The whole movie is an excellent balance of meaningful comedy and “Lemon”’s natural, invigorating impulse to be so, so strange.

"Lemon" has the same air of the best anti-comedies of late, (particularly those by Rick Alverson), where everything seems far more calculated than its free-flowing story suggests. Bravo gets an excellent texture to many of her scenes by incorporating a droning clarinet score, which warbles through Gelman’s various comedic passages and makes unpredictability a constant force in the atmosphere. The cinematography too, which the opening credits claim was filmed entirely in Los Angeles, indicates a precision with light and framing. It's a film that could only come from a thorough filmmaking vision, which is even applied to its extended toilet gag.

If there's justice in the film world, "Lemon" is just the start for Bravo, who I imagine could do some spectacular things to the comedy genre with even more support. For now, her debut is an instant classic that specifically feels like a product of 2017, the kind of bizarre culture treatise that could only come from fresh talent. 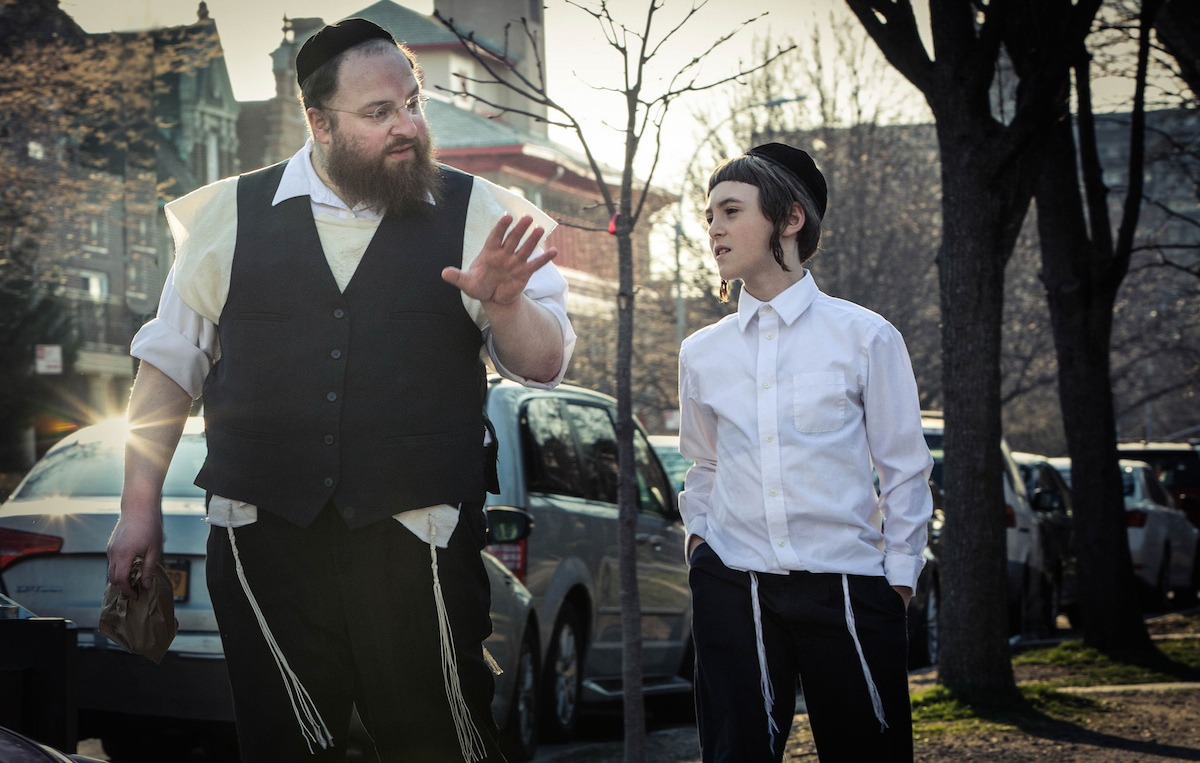 "Menashe" earned its place in Sundance's NEXT category in part for its language—it's all in Yiddish, while taking place within the Hasidic Jewish community of New York City. While that makes it stand out from other films that played the festivals, its power is of a much more classic variety. “Menashe” tells a universal story within its specific community, as focused on a character who is alternately relatable and extremely heartbreaking.

This directorial debut from Joshua Z. Weinstein is about a man (Menashe Lustig) who keeps failing to prove himself. After his wife passes, the convenience store worker faces the problem of proving to the men in his community that he can take care of his son on his own, whom he can only see during select periods. As an elder tells him, any good man is expected to have a home, a job, and a wife before they essentially can influence the next generation. Menashe tries to keep his life together but his his clumsiness, arrogance and some negligence are working against him. The movie creates a beautiful tenderness out of watching him fail (when he botches a delivery of gefilte fish) or make very wrong decisions (telling his son to grab something from the top cabinet).

“Menashe” establishes a delicate, productive pace from the very beginning, introduced with a gorgeous single violin melody that directly encourages contemplation amongst the stress of a busy street. As the story shows Menashe clashing against the authorities and family members, who tell him what he can and can’t do in sad confrontations, Weinstein's film is always providing a crucial opportunity to breathe. The story of Menashe becomes tender, if not haunting. It offers us a first-person view into a completely different community, but relates to us with the universal dread that we’re bound to fail, sooner than later.