We complete our coverage of Sundance’s NEXT category—a haven for movies with talent to keep an eye out for—with reviews of two intriguing films. In narrative size and ambition they show the variety within this vital section of the festival’s programming, while displaying the quality that’s commonplace for the category. Below are reviews of Amman Abbasi’s “Dayveon” and Sydney Freeland’s “Deidra & Laney Rob a Train.”

“Dayveon” is a NEXT title that comes from executive producers Jody Hill, Danny McBride and David Gordon Green. The latter name especially has a presence in this story, with “Dayveon” taking on a mission of Green’s breakout, “George Washington.” Everyone is going to make that comparison, but this movie is less a repeat than disciple of Gordon’s film. It seeks to capture truth with non-actors, unassuming camerawork and an evocative score, while framing all of it expressively (which is done literally, as “Dayveon” is shot in the box format of 4:3). And like “George Washington” before it, “Dayveon” is a gorgeous mix of emotional sincerity and pure cinema.

This directorial debut from Amman Abbasi (co-written with Steven Reneau) is a story of influences, about one young man and the environment that wants to nurture him. In his home of rural Arkansas, where he lives in a trailer with his sister and her boyfriend (Dontell Bright, extremely good in one-on-one scenes where he tries to connect with Dayveon), the influence is that of the local blood gang, who treat him like a tough-love family. In Dayveon’s eyes, (played with exquisite tenderness by Devin Blackmon) the gang might be his best choice, especially with the aggression he holds from the recent murder of his older brother, who haunts this movie.

Abbasi’s approach to this story is delicate, showing how a young man could find himself gravitating towards figures who might seem like they have answers or power. Crucially, it’s not a movie that feels like it comes before its characters, its outsider view blending through pure compassion with that of the insider’s view. Sometimes the blocking even calls for the raw fictional beings to stand in front of the camera, blocking it. “Dayveon” has the composition of a realized film, but the constant liveliness in its editing and camerawork of life unveiling right before our eyes.

It's sparse, 75-minutes long and character-driven by a passive protagonist, but “Dayveon” is an incredibly rich film. There is so much life within it, without its true-life poetry of character or atmosphere being overplayed (even a bee-covered tree waiting for him outside the trailer park is used just enough). In one early scene, the bright reds of Dayveon’s  Blood garb are so beautiful against the peaceful green of his rural surroundings (as he walks towards a gang initiation) that you could cry. This movie achieves something that only comes from great filmmaking and a thorough vision: it boasts an emotional magnetism that goes beyond a strong character or narrative, while never letting you forget the true elements that have inspired it. 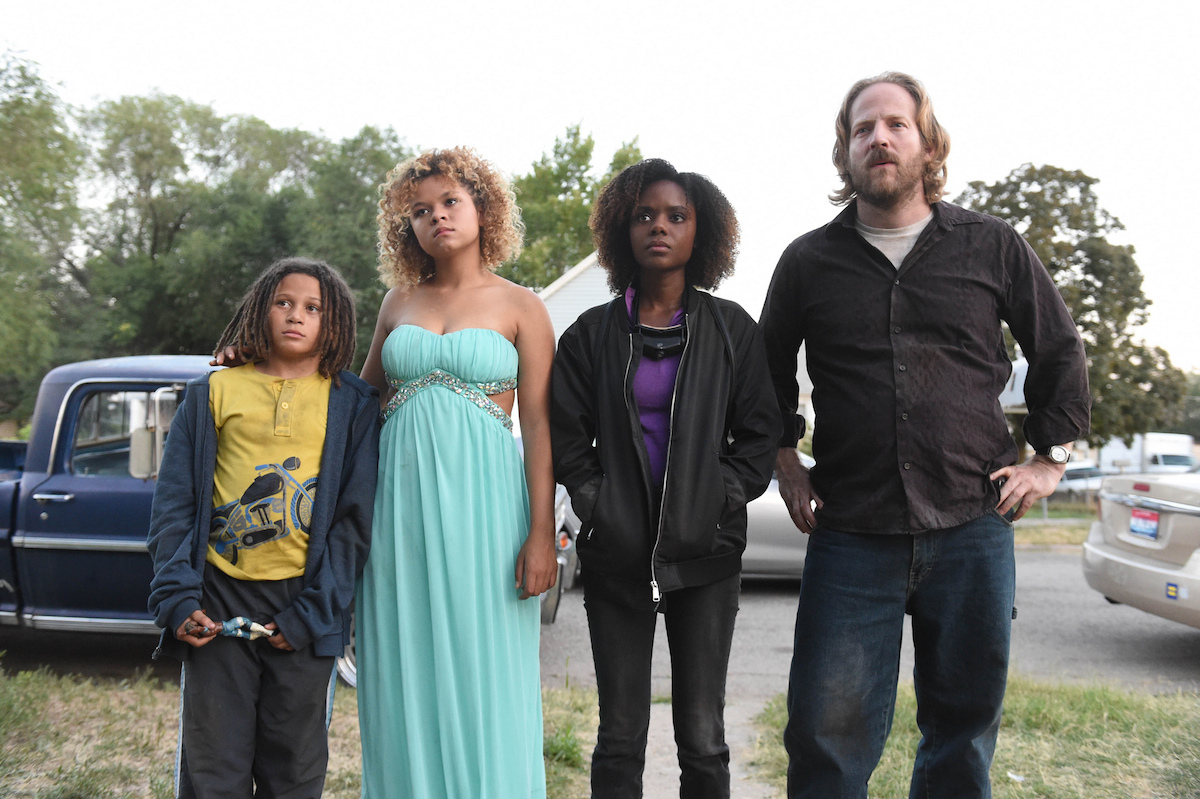 Mea culpa time: I was wrong in my previous Sundance recap that you can’t find a crowd-pleaser in Sundance’s NEXT category. But, that isn’t necessary a bad thing, especially with something as good-spirited and swift as “Deidra & Laney Rob a Train,” which already has distribution to play on Netflix next month. It’s not as out there as “Lemon” or what numerous raves for “A Ghost Story” indicate, but it does promise new talent, in front of and behind the camera. And if the extremely funny Sasheer Zamata of “Saturday Night Live” even needs it, she’s a bit of a breakout here, too.

After their single mother is put into jail for damaging property at her electronics store job, senior and college-hopeful Deidra (Ashleigh Murray) devises a way to make money to pay the bills, provide food for her younger sister Laney (Rachel Crow) and brother Jet (Lance Gray) and keep Child Protection Services at bay. The plan involves the railroad that crosses near their house at night, carrying various supplies that people won’t notice is gone until miles later. Eventually, they get their local guidance counselor involved (Sasheer Zamata, making something special with a possible throwaway role), along with their estranged rail worker dad Chet (David Sullivan), while being pursued by a dorky rent-a-cop played by Tim Blake Nelson.

Like a family comedy taking a walk on the rebellious side, the movie (written by Shelby Farrell) is pretty straightforward. But it’s refreshingly nonjudgmental about rooting for teenagers to rob trains, having fun with the concept more than using it as means for a lesson. And there’s emotional strength in its young performances, as Murray and Crow sell the immediacy of these sisters holding the family together by stealing from train cars on school nights.

The film’s biggest flaw, and one of its most defining features, is that its construction can feel elementary. Farrell’s script sets up various pieces (characters write important dates down on calendars so that we can anticipate them) and cuts some dramatic corners to get to tidy emotional moments (such as a flashback involving Marigold’s past that doesn’t work). And adding to the idea that it’s more of a light-hearted family entertainment, the comedy is more silly than intricate, especially with Nelson’s cartoonish villain who’s straight out of a late-90’s live-action Disney movie.

But any comparisons or clear influences that might pop up don’t hold “Deidra & Laney Rob a Train” back. This is a family adventure of the classic variety, with fresh talent in control, especially director Freeland, making her second feature. Sundance has a reputation of launching the careers of numerous first-time male directors, like Colin Trevorrow making the leap from "Safety Not Guaranteed" to "Jurassic World." But Freeland's film is exciting in part because you know she has the talent to go against that, proving that her sense of entertainment and heart would be great for a huge job.