Nature was constantly on the mind of this year's Sundance Film Festival, especially with the films they programmed. Along with the fest’s New Climate program, which specifically focused on movies that addressed global warming, the impact of human beings and their surroundings could be seen in narratives across categories. In the case of three films reviewed below, “Chasing Coral,” “I Dream in Another Language” and "Walking Out," all of them try to create an emotional bond with their natural canvas. Let’s start with the absolute best of the trio, “Chasing Coral.”

Jeff Orlowski's documentary “Chasing Coral” is a landmark film for activism. It cracks the code of how to make a documentary about a specific cause that connects with viewers, making them share the filmmakers' passion in the process. More than just a science film, it’s an excellent adventure about coral reef nerds trying to take pictures of dying reefs, in order to chart the effects of global warming on a vital ecosystem.

“Chasing Coral” takes us into the step-by-step process as director Jeff Orlowski and his friend Zack—one of the festival’s true breakout stars, and from a documentary, at that—are driven by their passion to set up different cameras across the ocean, and to take pictures everyday for a time-lapse effect. It becomes just as much about the reef as their journey, without over-selling either part. In a way that clowns the unfocused “An Inconvenient Sequel: Truth to Power,” “Chasing Coral” establishes a personality while being true to the issues.

The secret weapon for “Chasing Coral” is that it’s extremely funny, involving the viewers into its “Silicon Valley”-level nerd-ery about coral reefs. Orlowski's direct involvement with the story makes the documentary its own adventure. You get a sense of how massive the endeavor is (a reported 500 hours worth of footage), while rooting for the subjects and their passion to actualize an incredibly demanding goal.

The climax in this movie is a sparsely-attended, coral-centric science convention. But with the character and stakes established by this movie, it feels like the most important place in the world. “Chasing Coral” will change how you see the coral reef, and our direct responsibility for it. Orlowski’s film might even change your expectations for global warming docs, too. 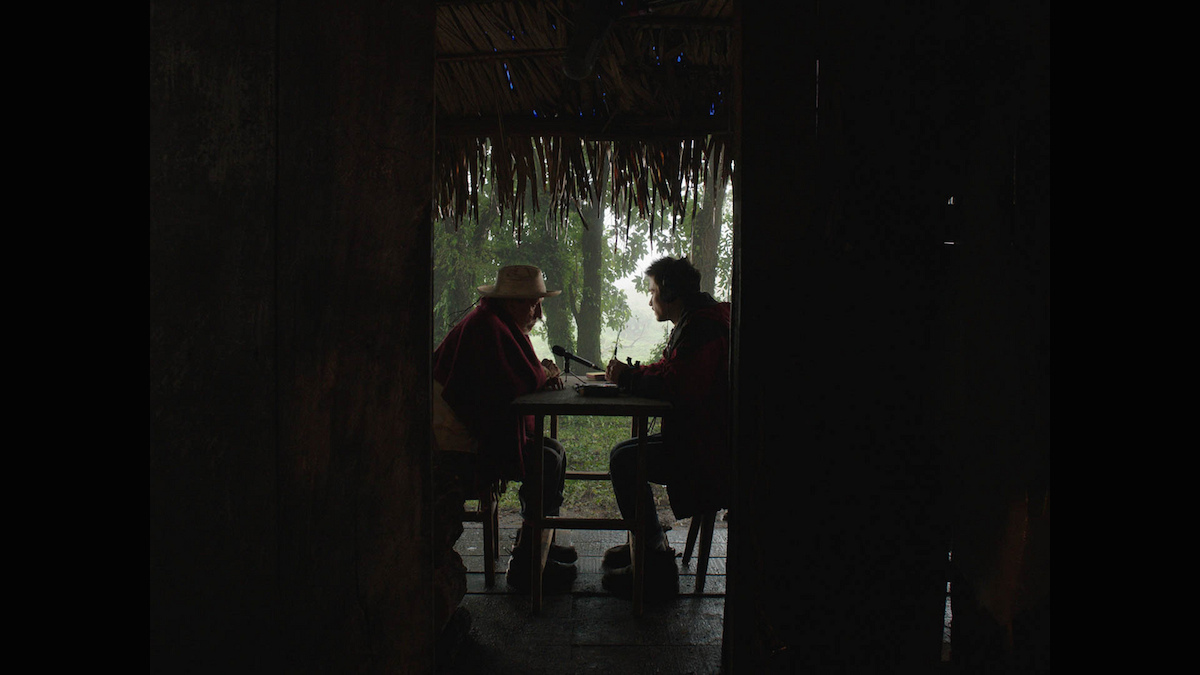 Ambition is a key term for Ernesto Contreras' "I Dream in Another Language," a beautiful World Cinema Dramatic Competition title that sufficiently bases its narrative stakes on the preservation of a dialect and then throws in some fantastical touches. It's a simple yet original premise: a linguist (Fernando Álvarez Rebeil) ventures to a Mexican town where three people speak the dying language of Zikril. In sequences that use evocative sound design and take full advantage of the movie's picturesque jungle locations, Martin realizes that the language has an indeed magical significance, particularly with a Zikril afterlife featuring souls he can hear at night. After one person dies, the only two remaining speakers are old men, Evaristo (Eligio Meléndez) and Isauro (José Manuel Poncelis), who used to be friends, but have not spoken to each other in years due to some type of falling out. With the help of Evaristo's daughter Lluvia (Fátima Molina), Martin tries to convince the stubborn Evaristo to translate for his old friends, Isauro, who only speaks Zikril.

For an original screenplay that starts with a breezy but intriguing foundation, a lot of other ideas form: Martin becomes romantically connected to Lluvia behind Evaristo's back; while Evaristo consistently refuses to participate. "I Dream in Another Language" functions with the awe of a fantasy, but instead of going to different worlds, it takes on different ideas like history, when it makes an extended flashback to what drove Evaristo and Isauro apart years ago. The movie, too, offers a unique sense of fantasy with learning about this language, which inspires some supernatural moments purely using sound and image (no special effects). It becomes a fantasy for adults, in search of magic within real human situations and even a good amount of sexual content.

"I Dream in Another Language" gets enough mileage out of the simple but high stakes idea of saving a culture, with a silent animosity threatening to lose it. But once the story shares why the two fell out, in that extended scene, "I Dream in Another Language" wields an unexpected power. It leads to events that don't entirely match the dramatic demands, but it continues to make this a unique story. Feeling like a Guillermo del Toro film in particular, it’s thrilling to see such an original, mature story seek to fill its big heart with poetry. 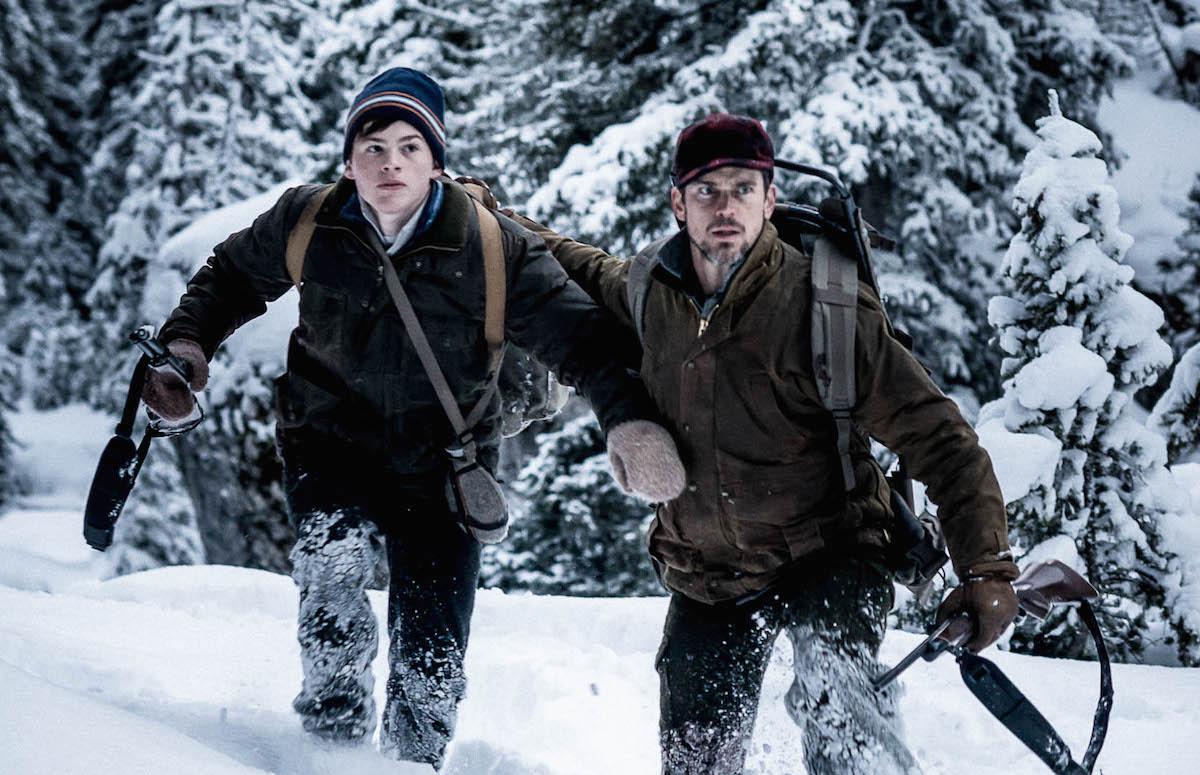 U.S. Dramatic competition title “Walking Out," set in the mountains of Montana, is an example of a survival movie that just isn’t dangerous enough. A tale of father/son bonding in a men vs. nature scenario, it’s an ambitious venture from co-writers and directors Alex Smith and Andrew J. Smith, adapting David Quammen’s short story. But the characters prove to be more interesting, or dynamic, than their story that wants to grip audiences from start to finish.

“Walking Out” is a movie about wise dads and their learning sons. In this case, the dad is Matt Bomer’s Cal, who is taking his son David (Josh Wiggins) out to the Montana mountains to learn hunting. The idea of making hunters the focus of audience sympathy is interesting, as the two go into the woods and shoot animals. They themselves are eventually harmed, and try to find their way back.

As Cal takes David into the mountains, seemingly days away from civilization, we learn about Cal’s own history with hunting, represented in flashbacks where Bill Pullman plays Cal’s father. It’s in these stories that we get a parallel idea of Cal’s eagerness to kill and David’s past lesson in the difference between hunting and merely killing.

These elements create a slow burn that took too long for me, especially as “Walking Out” hints at danger with certain cues, only to then pull back from it. It’s a movie that is able to build chemistry between its two leads, Bomer and Wiggins, but can’t balance all of the backstory with the present journey. There were moments in which I was anxious and wrapped up in what was going to happen, but there’s a specific point in which I could feel its grip completely lose me, even after the movie kicks into full-gear.

“Walking Out” seems to be an ambitious project, but all of the pieces to make a narratively simple story, about this wounded father and son trying to get back home, don’t coalesce; it does get considerable emotional force from its score by Ernst Rejseger and cinematography by Todd McMullen. And Wiggins and Bomer use their chemistry to create some sweet moments, especially as David is eventually carrying his father on his back. But their physical portrayal of such extreme circumstances doesn't provide as full a representation, feeling more like lots of heavy exhales and gritted teeth. The pain they face is conveyed more vividly with the snow that’s constantly on their frost-bitten faces, tormenting them among gorgeous scenery.