Both men have flowing hair and wear large glasses that dominate their angular visages. Both foresee what one calls “the collapse of civilization.” Both are internationally celebrated artists yet are depressed and no longer enjoy their fame. Both cruise the nighttime streets of their respective cities, Paris and Rome, looking for sex with younger men, encounters which sometimes end violently.

Bertrand Bonello’s “Saint Laurent,” by far the better of the two, might be called impressionistic. The term here isn’t meant to impute any warm gauziness to the film’s look; on the contrary, Josée Deshaies’ meticulous 35mm color cinematography is fastidiously clear and cool. Rather, the French film’s approach to narrative, instead of employing the standard biopic method of trying to elucidate the subject’s life in logical (if not always chronological) order, seems to jump from one impression of the great couturier to another, slowly constructing a portrait that’s like seeing the man reflected in countless shards of a broken mirror. 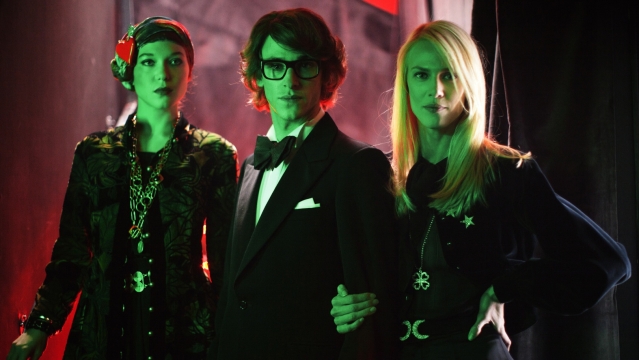 This method has the paradoxical effect of distancing us somewhat from Saint Laurent yet simultaneously engaging us imaginatively in making a coherent picture out of the many facets of his personality, which is brilliantly evoked in a truly astonishing performance by actor Gaspard Ullliel, a virtual Saint Laurent lookalike.

The film covers the decade from 1967 through 1976, which means that it begins well after Saint Laurent has become a big success in the fashion world. Bonello has said he decided to make the film “not about what it took to become Saint Laurent but what it cost to be him.” In part, this seems to have been owed to the fact that Jalil Lespert ‘s poorly reviewed “Yves Saint Laurent,” which started shooting after Bonelli’s film but was rushed through production to beat it into theaters (it was released in the U.S. in June), does the more usual biopic-y thing of showing the subject’s youthful ascent.

Bonello’s stratagem means that his film depicts a very juicy slice of cultural history, which he has called the end of an era. Using split-screen (shades of the original “Thomas Crown Affair”!) he juxtaposes the street violence of May ’68 with runway models parading Saint Laurent’s latest collection. Drugs and alcohol are everywhere (“Let’s drop acid and look at your Buddha”), and Bonnello evokes some of the era’s sensory contrasts by having soul music vie against opera (mostly Maria Callas) and electronica of his own composition on the soundtrack.

This thirtysomething Saint Laurent is hard-working, and the film gives a great glimpse of his talent in a single scene where he transforms an uptight woman in a suit (a wonderful turn by Valeria Bruni Tedeschi) into a slinkier, happier version of herself with a few simple adjustments. If my memory is accurate, we see Saint Laurent only once outdoors in daylight, when he’s rescued after being beaten up by a trick. Otherwise, his world is one of dark and elegant interiors: home, work spaces, backstage areas, glitzy nightclubs where posh people dance frenetically, drink and fight.

When the tale opens, Saint Laurent has been involved for years with his lover and business manager Pierre Bergé (dependably terrific Jérémie Renier). The film does nothing to explain the relationship or how it came to be, but shows that it gradually becomes less about love and more about business, which is conveyed especially in one tour de force eight-minute scene (Bonello says it was inspired by the opening of “The Social Network”) where Pierre engages in extraordinarily rapid-fire negotiations with American businessmen as a female interpreter speaks rapidly to keep pace.

As his passion for Pierre evidently cools, Saint Laurent meets and develops a passion for sensuous society dandy Jacques de Bascher. Thanks to the very subtle and seductive work of Ulliel and Louis Garrel, who plays de Bascher, the rather brief relationship has a kind of mysterious pungency that somehow both anchors and outlasts the film.

As intelligent and precise as its subject, “Saint Laurent” also has a witty sense of its own cinematic patrimony. Late in the story, the narrative jumps forward to 1989, where we see the old Saint Laurent played by Helmut Berger (but with Ulliel’s voice). It’s a startling bit of casting (especially given that we also see the younger Berger in a bit of Visconti’s “The Damned” playing on TV at one point), but altogether fitting: “Saint Laurent” is nervy enough to consider itself Viscontian, and skilled enough to pull it off. 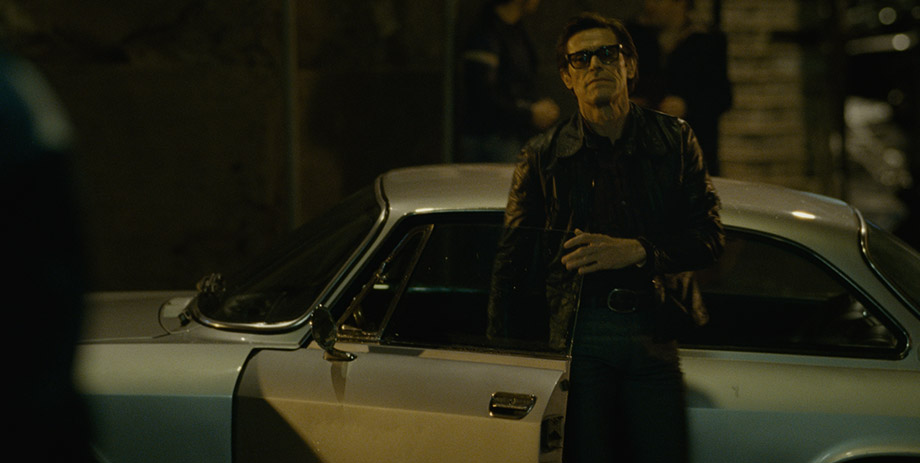 In his festival press conference, Bonello said the most crucial thing he had to determine early in making the film was simple: its point of view. “Saint Laurent” has a very smart and interesting point of view, which is precisely what Abel Ferrara’s “Pasolini” lacks.

Ferrara has been a longtime favorite of the New York Film Festival, for reasons this critic has never begun to fathom. Sure, he’s a colorful New York character, but as a filmmaker he’s erratic and never terribly impressive. And to suppose that he’s popular with audiences would be 180 degrees from the truth. I’ll never forget seeing him pacing back and forth, upset into silence, as audience members at a public Q&A after his “King of New York” hurled insult after insult at him and his film.

Ferrara has made some much better films since then, and “Pasolini” certainly doesn’t rank among his worst. It’s just a film that could and should have been much sharper and more engaging.

The narrative covers the last 36 hours of the Italian director’s tragically foreshortened life. It’s really too bad that Ferrara didn’t have a press conference for the film, because the press notes the festival offered for it communicate almost nothing about its origins or methods. But from what I’ve been able to glean from interviews online, Ferrara did extensive research, so presumably the film’s account is meant to be detailed and accurate – which of course does not equate with interesting or compelling.

One thing that viewers will have to deal with is that Willem Dafoe as Pasolini speaks American English most of the time. Dafoe, a Ferrara regular, is an excellent actor who of course looks a lot like Pasolini, and one can understand the reasons why it was decided that he would speak as he does. But I spent the whole film wishing Ferrara and company had used some of Italy’s excellent dubbing facilities to give Pier Paolo a voice that sounds like his did.

If the intent was to document his last hours as faithfully as possible, what that means in practice is a lot of rather conventional scenes of Pasolini interacting with his mother, friends, politicians and media people. Some of the interviews are presumably verbatim. But this is not a strictly realistic chronicle. Some screen time is given over to a dramatization of a silly Pasolini story about an old man chasing a star. The old man is played by Ninetto Davoli, who became Pasolini’s lover when he was 15 and remained a friend thereafter. (An actor who looks very much like the young Davoli plays him as a 20something elsewhere in the film.)

Naturally, the narrative builds up to the night of November 2, 1975, when Pasolini goes out boy-hunting in his snazzy Alfa-Romeo, picks up a tousle-haired teen, and soon enough ends up dead on the outskirts of Rome, run over twice by his own car. The details of this crime remain murky to this day. Ferrara imagines that more than just the boy were involved, which is as plausible as any other version.

Watching the film and especially after coming out, I kept wondering what the same story would have been like if filmed by a really smart gay director like R.W. Fassbinder, Gus Van Sant or François Ozon. Ferrara’s problem isn’t, of course, that he’s straight but that he’s too intellectually lazy and self-satisfied to do anything other than offer a warmed over version of the Official Version, which views Pasolini as a modern martyr.

Ferrara does show him as world-weary and depressive, but there’s no hint that his work had been in decline for several years, or that his last film, “Salo,” was evidently the work of a disturbed guy losing the battle with his demons. Pasolini was a complex and endlessly controversial man. But “Pasolini” steers clear of generating controversy itself. It gives us the saintly, sanitized version. I’m sure a certain percentage of Pasolini’s acolytes will like it; I rather doubt Pasolini would.