Meant to Be Heard, Not Seen: The Invisible Performances Behind Foley Art

Editor's note: Katherine Kilkenny is one of six recipients of the Sundance Institute's Roger Ebert Fellowship for Film Criticism for 2014. The scholarship meant she participated in the Indiewire | Sundance Institute Fellowship for Film Criticism, a workshop at the Sundance Film Festival for aspiring film critics started by Eric Kohn, the chief film critic and senior editor of Indiewire.

A clamor of rattling chains, whizzing bullets, dropping bodies and shattering glass, punctuated by the clink of one last shell dropping to the pavement. With viewer anticipation at its climax in the final moments of "Breaking Bad", as a machine gun pops up from Walter White's trunk and lays waste to a neo-Nazi stronghold, you can forgive Foley artist Gregg Barbanell for taking a few liberties with the sound effects. A modern machine gun would be too tight to give the listener the impression of wild artillery fire, so Barbanell used his World War II-era carbine, which has the best rattle he's ever heard. The thuds of the victims hitting the floor? That's a used boxing glove taken to cloth and his own body. Ouch. For Barbanell, an encyclopedic knowledge of how to make noise from idiosyncratic objects just comes with the job. He's a Foley artist, a performer who creates the sound effects for film and television—as he puts it, everything but voice.

University of Illinois at Chicago associate professor and visual artist Deborah Stratman wanted to unmask the Foley artist's hidden dramatics buried in the audio track of every film and television show. Stratman had nurtured the idea of making a short film about sonic manipulation ever since her first visit to a Foley sound stage, where prop storage looked like a cabinet of curiosities to the sculptor. But it wasn't until she met the unlikely star of her future film that the project began to take shape. On a visit to Barbanell's soundstage with her class, the artist won her over with his unexpected grace in syncing his performance to the onscreen action. As a result of thirty years of experience and early training in traditional drama, Barbanell often nails a sound after just one glance at the visual cue. Barbanell's agility is on full display in Stratman's resulting 15-minute film, "Hacked Circuit", which premiered in the Shorts Competition at the 2014 Sundance Film Festival.

In February, Barbanell's work won three Golden Reel Awards for Sound Editing—including the contributions to that episode of "Breaking Bad", "Felina"—but don't expect to hear his name featured in mainstream awards coverage anytime soon. Like most below-the-line work in Hollywood, the best Foley disappears into the scene. In a medium where the visual performances reign supreme, Foley turns anonymity into an art. 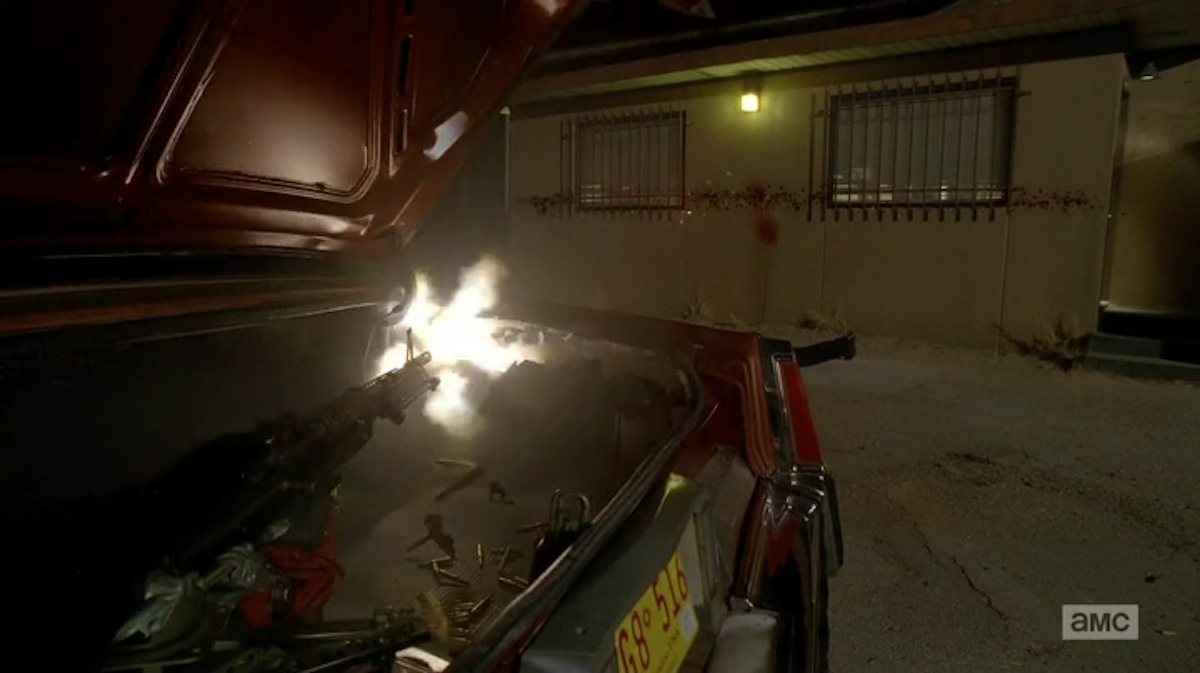 Why hasn't Foley disappeared altogether in a postproduction environment saturated with digital recordings and computer sound libraries? From its origins in the old radio dramas of the twentieth century, Foley, low-tech as it is, has endured for two main reasons: separate sound recordings allow the picture editor complete creative control in the final mix, and they also ease the foreign dubbing process. Editors changing dialogue to say, Portuguese, can fill in any awkward gaps with everyday noises—the sound of the rim of cup touching the table, the simple rustle of clothing. To this day, coconut halves still substitute for horse hooves.

Look no further than Albert Brooks' 1981 comedy "Modern Romance" to see how the industry values Foley as a brand of magical trickery that can turn preposterous scenarios into the plausible. In the film Brooks' film editor protagonist, saddled with a campy science fiction picture that none of his colleagues can agree on how to salvage, determines a few seconds of Foleyed footsteps will save the picture. Sure enough, Brooks recovers the picture by running around in circles on a concrete floor. In reality, however, successful Foley takes coordination and practiced technique. If sound editing functions like the principal photography of a film's audio track, then Foley artists are the actors following its script—the dubbing charts designed by sound editors to satisfy the needs of the scene.

Putting yourself in the shoes of a character is quite literal for Barbanell, whose approach to footsteps resembles method acting. "Is this person being confident or sneaky?" he asks before a recording. "We perform those feet to fit the drama of what's happening in that particular scene."

In Stratman's short, we get a chance to see Barbanell at work. Over the course of a single unbroken looping shot, the film sneaks into the Sound Satisfaction stage in Burbank, CA, lingers on Barbanell performing the final scene of "The Conversation" (1974) behind the glass, and exits by way of prop storage. Those familiar with Foley may catch on immediately to film's nuances: as Gene Hackman's sound surveillance expert tears apart his apartment searching for a bug, our voyeur's perspective of the Foley process reveals behind-the-scenes mechanisms of control. For the Foley neophyte, there's simply the marvel of watching Barbanell locate his props within a hodepodge of misfit objects and sync their noises with Hackman's actions, whether that be unscrewing a phone's speaker cap or rustling a lopsided set of plastic window blinds. 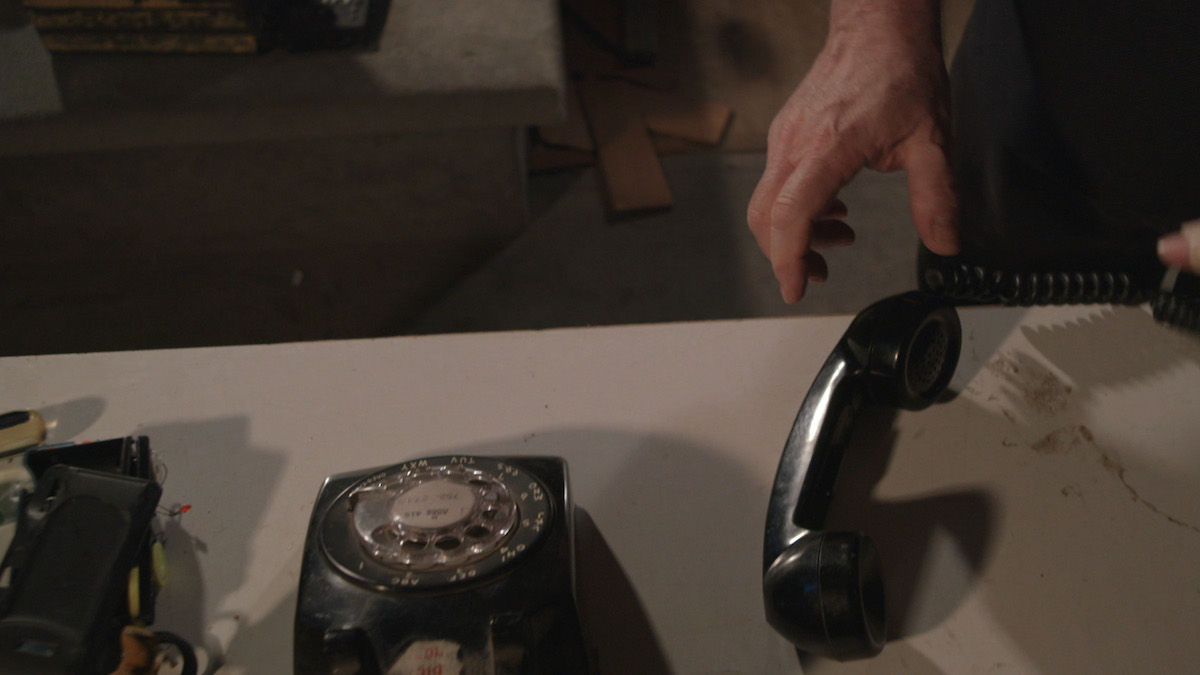 These gestures are as natural to Barbanell as pulling out his meat grinder to make a squeaky faucet sound. "Film has its own reality," he says. The reality of the sounds in a film or television show, he notes, depends entirely on genre and tone. Romantic comedies tend towards verisimilitude, horror films towards all-out fabrication. Scoring the sounds of scares, "We pull out all the stops and go crazy, way beyond what would be real," Barbanell says.

What does it mean to simulate the sounds of horror? Writer-director Peter Strickland explores the consequences of amplifying onscreen atrocities with Foley in his 2012 film "Berberian Sound Studio". Behold the Foley sessions on a 1970s Italian giallo film, a campy genre known for explicit torture sequences and gruesome massacres, usually involving scantily-clad women: destruction of cabbages and other vegetables to simulate the sounds of ripping flesh, water flicked onto searing-hot pans to depict torture. You can hardly blame the sound mixer protagonist Gilderoy (Toby Jones), a composite character of the various labors in postproduction audio, for suffering a mental breakdown during one particularly gruesome Foley session.

"It boils down to the innocence and corruption of sounds," Strickland wrote in an email. "How one act such as stabbing a cabbage and its resultant sound can be both so normal yet so disturbing if moved from one context to another." In postproduction for "Berberian Sound Studio" itself, Foley artists took a knife to slabs of meat to make the sounds for Gilderoy stabbing cabbages.

Cinéma vérité? Mais non. The Foley effect makes a case against any presumption that film can capture reality without prejudice. Documentary in particular relies on this postproduction wizardry, which is why editors like Erik Ewers, the Emmy award-winning picture and supervising sound editor at Ken Burns' production company Florentine Films, philosophize at length over sound design. Ever since starting his film career with Burns in the early nineties, Ewers has recorded "guerrilla," occasionally experimental Foley. Self-taught, Ewers' sound theorist rhetoric complements his unique approach to editing, which combines picture and sound at once over the course of a three-year process. For Ewers, picture certainly affects sound, the logic underlying the Hollywood Foley process—but it also works the other way around.

When 5.1 Surround Sound came to the television set, Ewers began designing sound at the same time as picture, even before picture in some cases. He thought, "The box in front of me just represents a small capture of the 360 degree world that the viewer is in." As a result, sound should "paint the world that is all around you." This meant encouraging the viewer to anticipate a visual development in the story by incorporating their sounds several frames earlier, then choosing footage that would contextualize the audio effect. Working under a quick turnaround schedule, Ewers often pulls from a vast library of new and old sounds shared with sound editors around the world—from the team behind the miniseries "Band of Brothers" (Florentine Films would later give them tips for "The Pacific") to the Korean sound editors responsible for the Korean War film "Tae Guk Gi" ("The Brotherhood of Man", 2004)—instead of Foley. 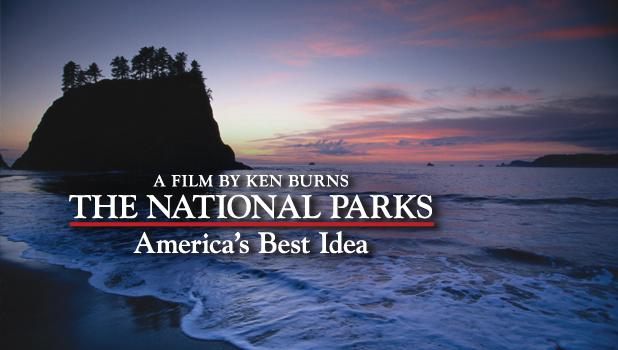 He pulled on one of his trade secrets, to include the sound of air in every scene. "I call it the glue, the sound that you can stick other things to, like a bird or the wind clicking through leaves," he says. Recording a rustling branch in Florentine Films' small sound studio can vivify otherwise ethereal sun-dappled shots of natural wonders.

But Foley on historical documentaries isn't all softly rustling branches and rolling carriages. For "Prohibition" (2011), Ewers, two coworkers and a handful of interns took over the local recycling plant and smashed over a thousand bottles to simulate police crackdowns on speakeasies. Back at Florentine's studio, they made drinks to capture the sound of fizzing seltzer and clinking ice cubes—then enjoyed their own refreshments. Independent of the outsourced Hollywood Foley process, "We just act like we're little kids and go outside and play, or go inside and play," Ewers says.

Back in Hollywood, Barbanell and his colleagues at Warner Bros. do not enjoy nearly as much creative ownership over the sound editing process—the studio gives them ten to twenty days for a feature film project, one to two days for a television show. Their cues are scripted. "Breaking Bad" was the exception to the rule, allowing its Foley artists three and a half days to polish their sound and shop around for the right props. Yet Barbanell's garden-shed enthusiasm for nailing the right effects remains undeterred. He scouts flea markets, garage sales, and consignment stores for those rare props with hidden sound properties, which he stores in his garage for freelance projects. The car hasn't fit in twenty years.