Sunday in Montreal was another day for genre films from around the world to make their Canadian and World Premieres at Fantasia Festival. It was another day that illustrated the scope of the programming at this remarkably diverse festival. On paper, and through word of mouth, one could presume that a genre festival like Fantasia appeals to only a specific fan base or certain type of film lover, but I’ve been impressed with the wide demographic of people I’ve met in Montreal, most of whom simply trust the programmers of this increasingly notable event and see whatever they have to offer for them.

That kind of trust leads to a full house for a film as unusual and ambitious as Daigo Matsui’s “Japanese Girls Never Die,” based on the manga Haruko Azumi is Missing by Mariko Yamauchi. Matsui tackles an issue no less complex than the marginalization of young women in Japanese culture. Sure, when they’re in high school they’re fetishized and made a major part of the pop culture there, but by their mid-20s they have little job options and are encouraged to marry to have a happy life. Such is the case at least with Haruko Azumi (the great Yu Aoi), who works a horrible job with two sexist bosses, has a miserable relationship with a local boy she’s known growing up, and generally feels like she’s starting to disappear from society. And then she does. In a different timeline after the disappearance, we meet a group of taggers who essentially turn Haruko’s disappearance into a commodity spray painting graffiti of her picture all over town. She becomes “The Missing Girl,” noticed only after she’s gone. And then there’s the subplot about a group of schoolgirls who beat people up in the middle of the night. Don’t ask.

“Japanese Girls Never Die” moves fluidly through time and space, sometimes breathtakingly allowing the present to comment on the past and vice versa. We’re constantly cutting back and forth between the kids caught up in Haruko’s disappearance—and a girl in their ranks who could easily be the next Haruko—and the downward spiral of Haruko herself. The narrative ambition of the piece is remarkable, and Aoi’s performance is truly fantastic. You can see a happy, smart girl start to literally fade away. The movie doesn’t quite come together, and the subplot about the maniacal schoolgirls feels a bit unsure of how it fits in with the rest of the narrative—a dreamlike vision of the stereotypical in pop culture “Japanese Girl,” sure, but it feels disconnected from the human stories at the center. Still, there’s a ton to like here in terms of ambition, subject matter, style and performance. It’s a strange film, but a memorable one, which is exactly what you want from a genre festival. 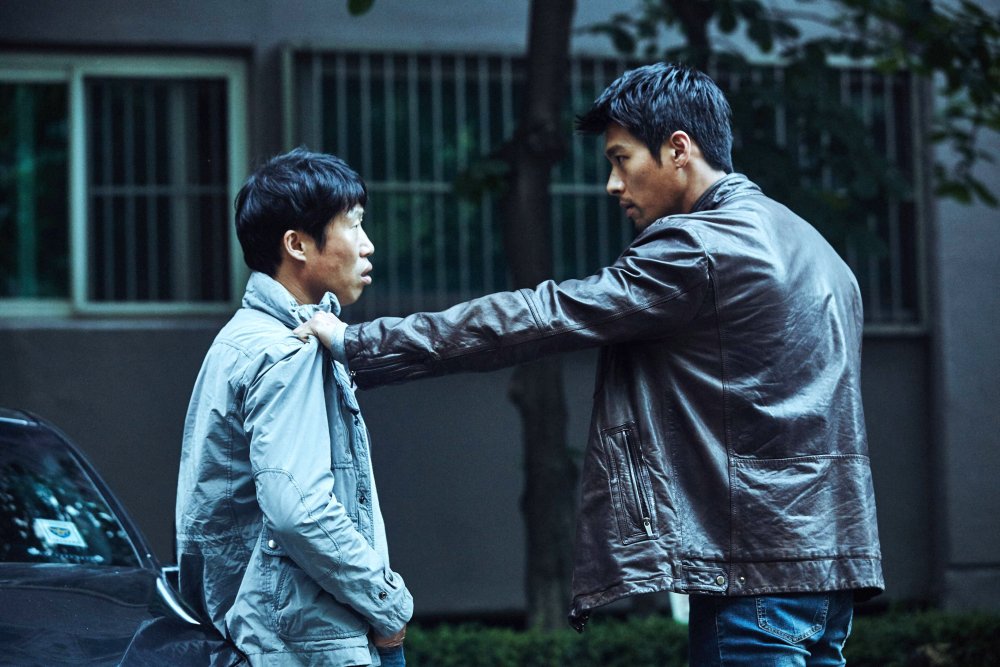 Much less strange and ambitious, but totally fun in its own way, is Kim Sung-hoon’s “Confidential Assignment,” a Korean buddy cop movie. Yes, that genre that the States stopped making in the ‘90s resurfaces in a really enjoyable way in this variation on “Red Heat.” North Korean detective Cheol-ryung (a movie star performance from Hyun Bin) has to work on a joint assignment with South Korean detective Kang (Yoo Hae-jin) when a North Korean defector absconds with some counterfeit plates, not before killing Cheol-ryung’s wife. The North Korean tough guy is out for vengeance and fighting for country, but the looser, everyman style of Kang doesn’t fit with his plans.

“Confidential Assignment” is more effective oil-and-water comedy than it is action, but it does the latter very well too. There are a few great chase scenes, including a fantastic foot race early in the film and a car chase late, that are among the best I’ve seen this year. If anything, I wanted the film to have more action, but the comedy and character work is strong here too. It’s just a fun film, using the political and social differences between the two countries to reinvigorate a relatively dead genre. There may be life in the buddy cop movie yet.

Finally—and you should know I did see “Brigsby Bear” here too but will save those thoughts for our theatrical review next week—I spent some time with Jeffrey Dahmer. Marc Meyers' "My Friend Dahmer” premiered at Tribeca to mixed reviews, and it’s not that hard to see why. There’s a lot to like here in terms of potential for its filmmaker but this film often feels too directorially shapeless and uncertain of the story it’s trying to tell. The perspective of a man remembering the high school friend who would go on to be one of the country’s most infamous serial killers is a fascinating one. I’d love to sit and talk with John “Derf” Backderf, the writer of the graphic novel on which this drama is based, partly because I don’t feel like the film really tells his story. Instead, it tries to get into the mind of young Dahmer himself, a challenging place to be.

Ross Lynch plays Dahmer in his senior year of high school in middle-of-nowhere Ohio in 1978, reportedly the year he would start his criminal behavior. However, the film is not directly an explainer for Dahmer’s eventual crimes. Instead, it’s the story of a semi-outcast, one of those kids a bit too odd to be either a nerd or a jock. This version of Dahmer falls through the cracks, only paid any attention to when he’s acting out for attention in a way that essentially makes him the court jester of his high school. Meanwhile, his family (including parents played well by Dallas Roberts and Anne Heche) is falling apart, he’s trying to deal with his growing sexual interest in a local doctor, he’s drinking all the time, and he’s increasingly fascinated with roadkill.

“My Friend Dahmer” is at its most interesting when you almost forget who it’s about. The young cast is strong enough that there are times when it’s late-‘70s drugs-and-hanging-out aesthetic almost reminded me of “Dazed and Confused,” but, oh yeah, that’s Jeffrey Dahmer. I did appreciate that the film doesn’t feel like it’s drawing direct parallels. His mother was awful and that could be one of the reasons he turned out the way he did, but the film never goes that step to say “this is the why.” It presents a young man on the edge of sanity when we meet him, and then allows us to watch him drift further and further over it. It never quite coalesces into the film I think it could have been with a stronger perspective and visual language, but the performances are solid enough and it’s ambitious enough for a debut that I’m eager to see what Meyers does next.