Entering the Narrative: Highlights From True/False 2016

I park my rental Jeep, collect my media badge for my first True/False Film Festival, check my schedule and follow the map to my first event. With nine other people—including a handful of critics who’ve also descended on Columbia, Missouri—I sign a liability waiver, don a white coat, and enter a cramped hallway filled with hanging dresses and coats.

Exactly an hour later, we emerge jubilant and victorious from “Lost Letters,” a site-specific hybrid of immersive theater and large-scale puzzle. We’d been asked to enter an unfamiliar space and piece together a fictional character’s history, to look closely at our surroundings, put together the clues the creators had embedded into the story, and choose to insert ourselves into the story. And as the group worked together, we figured out what that meant.

That’s all I can tell you, to preserve the fun for future iterations. But as I walked to my first movie, I realized “Lost Letters” was exactly the right introduction to True/False. Now in its thirteenth year, the festival focuses on films falling along the non-fiction spectrum, from more traditional “issue” documentaries to vérité portraits to impressionistic cinematic essays. Watching a non-fiction film, you’re aware that the universe in which this movie takes place isn’t fictional or imagined: it’s the same one you inhabit. That means you and the subject and the filmmaker are all working together to construct the story and discover its meaning. The filmmaker chose what you’ll attend to, and the subject gave you access. Your job is to look closely, listen carefully, and get yourself and your ego out of the way.

Unlike festivals that often hurl a half-ton of spaghetti at the wall to just see what sticks, the True/False selections feel carefully considered and tightly curated. Themes emerged that challenged festival goers to take a fresh look at the world they inhabit and, as the welcome in the program booklet from festival “co-conspirators” Paul Sturtz and David Wilson put it, to “go off the trail.” 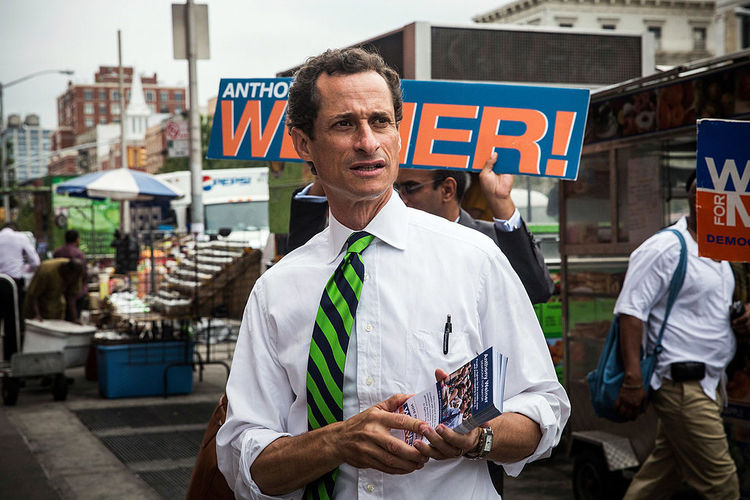 For instance: when a filmmaker is working with a subject, how much of their relationship makes it to the screen—and what are we supposed to feel as we as viewers join in that project? The film with the most commercial potential at the festival, Josh Kriegman and Elyse Steinberg’s "Weiner" [pictured above], is a rollicking take on the true-life tragicomedy that is former senator, New York City mayoral candidate, and walking double entendre Anthony Weiner. Kriegman worked for Weiner in the past, before the sexting scandal that brought the senator down, and therefore the filmmakers were granted an absurd amount of access to both the candidate and his family during his mayoral run and the second wave of scandal. On the surface, the film is a chronicle of political hubris, but as it goes on "Weiner" becomes something else, something weirder: a game of vérité chicken, in which as things get crazier we wonder how long this sort of backstage access can possibly last. At some point Weiner himself questions the filmmakers’ presence—“I’ve never heard of a fly on the wall who talks,” he says with exasperation—and near the end, you can hear Kriegman ask Weiner why he has let him keep shooting. Weiner reads an article that accuses him of never meeting a camera he doesn’t “glom on to,” and maybe that’s part of it—but it’s also clear that the embattled politician wants us to think of more than just his own, uh, indiscretions when we think of him. The access he gives is an attempt at that.

Other films experimented with this dynamic between audience, filmmaker, and subject as well, in ways calculated to make us question the way we watch a movie entirely. In Robert Greene’s "Kate Plays Christine," actress Kate Lyn Sheil plays a version of herself preparing for a role as Christine Chubbuck, the newscaster who killed herself on air in 1974, and growing more uncomfortable with the project and frustrated with Greene as she interacts with (“real”) historians, newscasters, gun shop owners, and others in Sarasota who offer their ideas about why Chubbuck did it. Andreas Horvath’s fascinating and explosive "Helmut Berger, Actor" offers a different take on that actor-camera relationship, giving us a deeply unlikeable subject whose loneliness becomes unbearably palpable only through the camera lens.

In the riveting "Peter and the Farm," Tony Stone gives us another lonely man—Peter Dunning, the Platonic ideal of the gruff and grizzled New England farmer. At first the film is all gorgeously shot landscapes, herds of cows and sheep, and apparently tranquil life. But as the relationship between Peter and the crew evolves over time, the truth of Peter’s existence starts to bubble up to the surface in ways that challenge the bucolic image. Resisting the potential sentimentality and fetishization of Peter’s way of life, the film gives us a long lamb slaughter, followed later by a scene in which a veterinarian rather graphically gropes around in a cow’s innards to determine pregnancy (someone passed out at this point in my screening)—but the real kicker is when we start to see Peter’s own (metaphysical) insides, something only the intimate relationship with the camera seems to be able to surface. 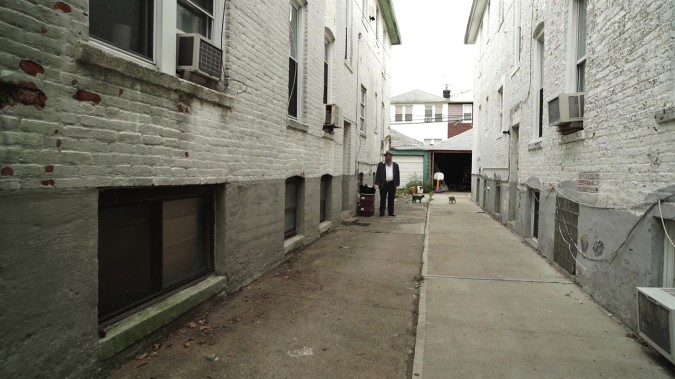 There’s also the question of how much involvement a filmmaker—and an audience—should be involved in the life of a subject. In "Sonita" (the subject of which was the recipient of the festival’s True Life award), director Rokhsareh Ghaemmaghami visibly struggles to determine how involved in teenage Afghan rapper Sonita’s life she can become when it becomes clear that Sonita's family wants to marry her off. While Ghaemmaghami ultimately chooses to insert herself into Sonita’s story, Àlex Lora and Antonio Tibaldi back off in "Thy Father’s Chair" [pictured above], allowing the cleaning crew that’s arrived to clean the hoarder-level filth in the home of Avraham, an Orthodox Jewish man living in Brooklyn, to do their thing without interruption from the filmmakers.

But sometimes that subject-filmmaker relationship is all too short-lived. In his heartbreaking "Starless Dreams," Mehrdad Oskouei gently interrogates the teenage girls living in an Iranian juvenile correctional center—girls held on charges ranging from drug possession to manslaughter, but whose stories become deeply complicated once we hear them from their own lips. After one screening, Oskouei said that the contract he secured after seven years of effort that allowed him to shoot in the facility stipulated that he would not try to contact the girls once they left the center. Yet, most of them are vocally worried about returning home, fearing the treatment they’ll receive from their families—and Oskouei spoke passionately about his own feeling of responsibility, a feeling he intended to pass on to us. 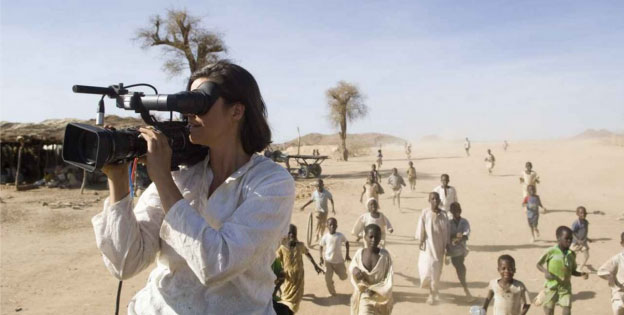 Kirsten Johnson’s "Cameraperson" [pictured above] is laden with a feeling of responsibility as well, constructed from leftover footage from decades of working as a documentary cinematographer (she’s shot films including "Citizenfour," "The Invisible War," and "Pray the Devil Back to Hell"). In title cards, she asks the audience to consider the film—comprised of images “that have marked me and leave me wondering still”—to act as her memoir. The film slowly wraps around to the realization that she’s shot many images of the dead and dying, or of places where people have died, and that those images have taken up residence inside her. What to do with that long record of attention? The question lingers long after the credits roll.

A week before the festival, the True/False programmers announced a last-minute addition to the program: "Concerned Student 1950," a half-hour short film by three Mizzou students during the protests that took place last fall—especially poignant given the firing of Dr. Melissa Click just last week. At 11:25pm on Saturday, I queued with a few hundred others outside the Missouri Theater to see the film. Once inside, it was clear that a large percentage of the audience was comprised of students involved with the protests, who shouted their support for the organizers—a number of whom came to introduce the film—and commented audibly throughout. (Spike Lee was there, too.)

The room crackled with equal parts empowerment and frustration during the screening, and afterward, we spilled out onto the streets. En route to the evening’s entertainment, we walked past footage from "Concerned Student 1950" being projected onto a wall a few blocks up. Moving the footage from the theater to the street and stripping out the sound left just images of students protesting and celebrating. I stood for a few moments with a few people who stopped to watch and discuss the footage out loud. I listened as they pieced together what they were watching, inserting their own memories into the story, and I realized that the student filmmakers had extended an invitation that went far beyond the cinema. We, too, can insert ourselves into their narrative, if we choose.