Films you end up loving can come completely out of left field in Cannes. Nothing in the catalog capsule made me expect Alain Guiraudie’s “Stranger by the Lake” (presented in the Un Certain Regard section) to be the best movie of the festival so far, and yet that’s exactly the case. This gay erotic thriller, set entirely in a beach cruising area and played by a terrific (mostly nude) cast, is so surprising in its shifts of tone that it keeps you guessing literally from scene to scene. It’s by turns sweet, sexy and suspenseful — and manages to create characters that stay with you long after the screening.

At the beginning of the film, we meet a young and attractive guy named Franck (Pierre Deladonchamps) as he’s trying to get his bearings on the beach and learn the rules of seduction by which it operates. Guys lay naked on the sand and check each other out, with the adjoining bushes serving as their makeshift boudoir. Glances are exchanged — some fleeting, some lingering. All this would have the look and feel of a soft-porno flick, were it not for the frank and realistic treatment of the men’s bodies, shown here in all their everyday imperfection.

Right off the bat, Franck strikes up a friendship with chubby bisexual loner Henri (Patrick d’Assumçao). There’s no sex but a sense of real companionship, tested once Franck starts a smoking-hot affair with an elusive hunk from across the beach. Michel (Christophe Paou) sports a great body (including a Tom Selleck mustache) and avoids romantic attachment, favoring pure carnal joy instead. What’s more, Michel has a dark secret to hide, and Franck happens to be in the know about it. The ensuing tension, thickened once the police arrive on the scene, is expertly orchestrated by Guiraudie, who never once leaves the beach surroundings, thus creating a mini-universe with rules and idiosyncrasies all its own.

The scenes of the continuing chaste flirtation between Franck and Henri are so delicate and well-directed (filmed mostly in two-shots, allowing the actors to react to one another), they all but turn the film into a romantic comedy, with the audience rooting for an unlikely relationship to develop. Even the most secondary characters, such as a forever-rejected peeping tom who’s absolutely crazy about Franck, are given life that far exceeds any stereotype, gay or otherwise. When Eric (the peeping tom in question, played by Mathieu Vervisch) finally gets to sit on the same towel with Franck, his giddiness has a puppy-like quality to it: He’s finally allowed to touch the most beautiful guy he has ever seen, and he’s beside himself with joy.

It is fair to say that I have never seen a mainstream movie so open to full male nudity (not to mention gay sex) and so matter-of-fact in its treatment. I don’t know if “Stranger by the Lake” will make it to regular distribution in an uncut version, but I sure hope it will generate enough festival buzz to reach as wide an audience as possible.

With its three big sections (Main Competition, Un Certain Regard and Semaine de la Critique) stealing the spotlight at Cannes, one is tempted to play hooky and seek out gems hidden in nooks and crannies of the vast festival program. Today, I did exactly that in order to enjoy the latest documentary by the movie-crazy genius of applied cinephilia, Mark Cousins. (The screening was tucked away under the rubric "Cannes Classics.") 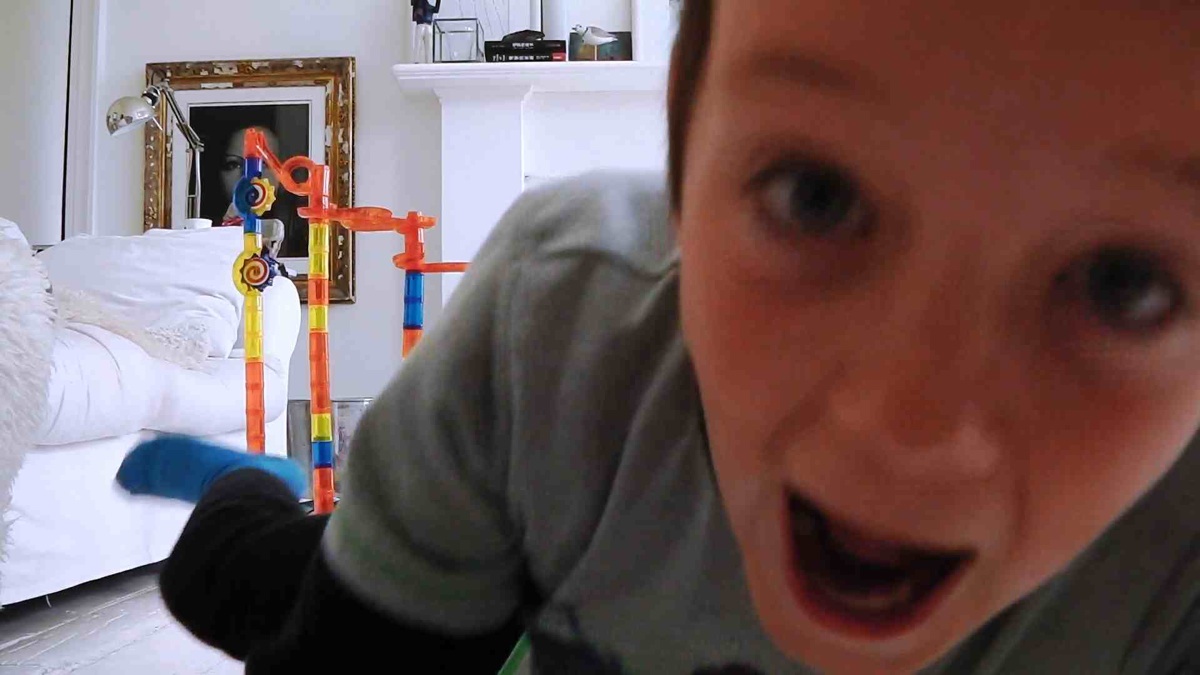 The Story of Film: An Odyssey, his mammoth 15-part TV series that set out to redefine cinema history as a globalized narrative of aesthetic inventiveness, was a remarkable achievement. His new film is a footnote of sorts. Titled “A Story of Children and Film,” it elaborates on a single shot of kids at play (filmed by Cousins himself) to go off on tangents and ruminate on the ways children have inhabited the movie screen over the past twelve decades. As could have been expected from Cousins, striking comparisons and poetic connections abound, with sudden shifts from the lands of Ozu to Tom & Jerry cartoons and Chen Kaige’s “Yellow Earth” multiplying by the minute. The off-screen narration was written and is delivered by Cousins in his signature Irish lilt. Of course, he doesn’t waste any opportunity to use the word “wee,” or to coin a fresh metaphor for visual style of one of his favorite directors.

The movie is as self-indulgent as it is brilliant. I happen to be a fan of Cousins's way of looking at the movies and registering their minute shifts of style, but some viewers were taken aback by just how free-associative the whole film is. I didn’t mind a bit. “A Story of Children and Film” makes us aware of how cinema has portrayed young faces looking at the world and reflecting upon its wonders and monstrosities alike. The only sin I can accuse Cousins of is the singular (if gigantic) omission of the greatest movie about a lonely kid ever, Terence Davies’ “The Long Day Closes.” Still, to each his own cinema: I have nothing but admiration for Cousins and hope he will follow this "Story" with many more to come.

Rita Moreno: Just a Girl Who Decided to Go for It