A quick trip through the vast Cannes film market, where every kind of film from every part of the world is for sale, reveals that one thing has changed: where’s the free stuff? Aside from providing a wealth of press kits and research information, the market used to be my go-to source for plastic pens, and especially for hard candy, available in bowls and baskets placed invitingly on the front counters of film stands. Where are those delightful coffee-flavored lozenges at the Indonesian stand? What happened to the Polish foil-wrapped marzipan tidbits? I was out of luck the day I forgot to put a pen in my bag.

The state of the world economy has cut off my supply of free pens in Cannes, and it resonates with all seriousness through “The Measure of a Man” by Stephane Brize, the first of today’s films screening in competition. The French title “La Loi du Marche” translates as “The Law of the Market,” and in many ways that is the more apt of the two titles. A deep humanism elevates this film beyond the mechanics of the genre I’ve started calling French social services cinema.

When we first encounter Thierry (Vincent Lindon in one of the best male performances of the festival so far), a man with sad brown eyes and a defeated look, he’s in the office of a government employment counselor. Beyond middle age and unemployed due to a factory shutdown, he’s been in a months-long training program for a skilled industrial job for which he now realizes that he and the other trainees never had a chance at getting. It was all an empty exercise. Now his unemployment benefits are running out, and he has a wife and disabled son.

“The Measure of a Man” fictionally surveys the plight of people on the bottom rung of the job ladder through one man’s choices. Director Brize utilizes the jitteriness of a handheld camera as he underlines the increasingly uncertain and impersonal nature of the job search. We seldom see those with whom Thierry must humbly interact: an unseen but obviously younger man casually delivers harsh comments in an unsuccessful Skype interview. Fellow prospective applicants in a group training session are shown largely as only hands, arms or shoulders as they heap criticism on the way his demeanor, posture, and clothing rate in a video test.

Thierry spiffs up his act with a suit and tie, and gets a security job at a big box store in a mall. Dozens of surveillance cameras prowl the aisles from overhead, and he is instructed in how to recognize shoplifters and cheating cashiers. Once experienced, he assists other security personnel in nabbing and confronting the offenders in a stark back office.

A senior citizen pockets a package of meat and can’t pay; a minimum wage cashier swipes her own loyalty card for customer purchases in order to accumulate points. Another lifts discount coupons for her personal use. The faces of those apprehended speak volumes on the rawness of sorrows that can’t be told or defended. As Thierry stands at last on the power-wielding side of the work equation, Brize brings the film’s only moral choice home with devastating accuracy. 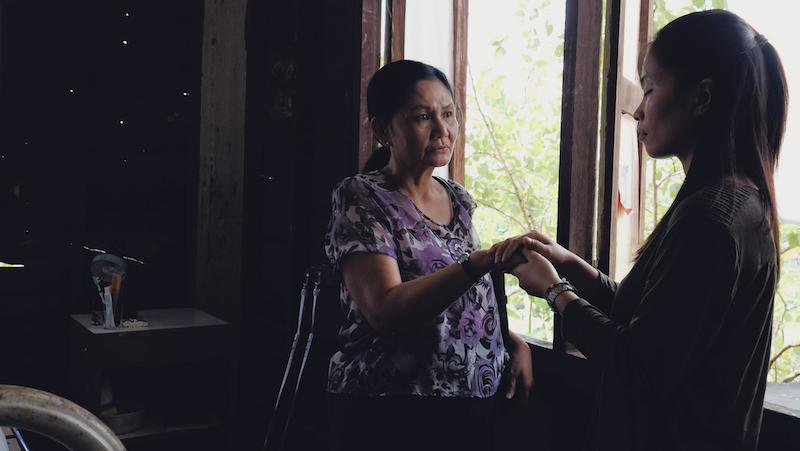 Thai director Apichatpong Weerasethakul, “Joe” to his friends, got a rousing, whooping welcome from around 3,000 of his closest friends at the press screening for “Cemetery of Splendor,” premiering in the Un Certain Regard section. A graduate of the School of the Art Institute of Chicago, Joe won the Palme d’Or in 2010 with “Uncle Boonmee Who Can Recall His Past Lives.”

Joe first came to Cannes in 2002, with “Blissfully Yours,” an occasion he recalled onstage today, as he and his crew were introduced by the festival’s artistic director Thierry Fremaux. “We came here thirteen years ago, and didn’t know anything about protocol. We almost didn’t get into our own screening,” he reminisced. Declaring his films, “as personal as ever,” he gave the surprised Fremaux a hug.

A very slight and disappointing “Mekong River” in 2012 followed the success of “Uncle Boonmee.” In the past few days here, even some hardcore Weerasethakul advocates have expressed the fear that he may never top his past work. “Cemetery of Splendor” has some wonderful moments, but it seems with this one that he’s functioning at a career plateau, revisiting favored themes but not pushing into new territory.

“Cemetery of Splendor” is set in Joe’s rural hometown, where a former school has been turned into a hospital. A number of soldiers lie in the beds of a veranda-like ward, gripped by a mysterious sleeping sickness. The story centers on hospital volunteer Jen (Weerasethakul regular Jenjira Pongpas Widner), Keng, a young female psychic (Jarinpattra Rueangram), and the soldier Itt (Banlop Lomnoi).

A prevailing theme in Weerasethakul’s work is the integration of the concrete world of his human characters and the spirit world. Spirits walk casually among the living in “Cemetery of Splendor.” After praying and offering gifts at a shrine, Jen encounters two lovely sisters in the park. She invites them to share her bag of fruit, and Widner does a marvelous open-eyed reaction to the news that the two are the dead princesses to whom she just prayed. They tell her that the hospital was built over a cemetery of ancient kings who are sucking the energy out of the sleeping soldiers.

Images of eerie beauty and the more mundane sights of everyday life mix, and there is little boundary between the real, the mythic, and the supernatural. A white pole stands next to every soldier’s bed, emanating strange colored light at night. An amoeba-like shape floats in placid water where clouds are reflected. What can’t be explained is nevertheless easily accepted as part of the flow of life by these characters.

Off-hand humor is a Weerasethakul trademark. Three women giggle over the blanket-covered erection of a sleeping soldier, and one gives it a few playful bats with her hand, only to watch it spring back into place. Jen relates her encounter with the sister goddesses to her two friends, and adds, “Even without makeup, their skin is flawless.”

Psychic Keng has been interpreting the thoughts and dreams of the sleepers for their visiting family members. When motherly Jen forms a special bond with the soldier Itt, who awakens and keeps her company briefly on the grounds of the hospital, Jen serves as the medium for her after he falls back to sleep. Jen and Keng embark on Itt’s tour of an underground spirit palace in the surrogate location of a weedy field, where Keng describes the many wonders.

The process of healing is a factor in “Cemetery of Splendor,” as it was in “Uncle Boonmee.” Through the medium Keng, Jen, who reveals her swollen and terribly disfigured leg, experiences a catharsis by way of the spirit world. 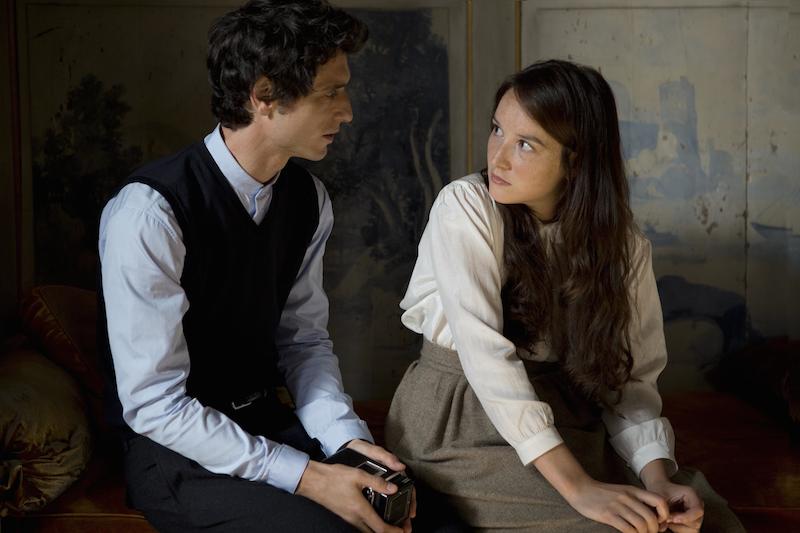 The less said about Valerie Donzelli’s competition entry “Marguerite & Julien,” the better. This so-called contemporary fairy tale, “a timeless story beyond all morality,” as the program notes state, ranks right down there with Garrone’s “Tale of Tales,” the festival’s other misguided pick in the medieval myth department. Marguerite and Julien feel an unusual passion for each other from earliest childhood. They grow up and still can’t keep their hands off each other, to the distress of everyone else in this imaginary kingdom.

It’s like a cloying children’s film, but with incest. It’s a medieval story, but with '50s cars and radios. Set in a romantic castle with sumptuous furnishings, it has the feeling of a film aimed at pre-teens like the ones depicted in the prologue: little girls sharing a forbidden tale under the covers in a boarding house dorm.

About the time a grotesque-looking Geraldine Chaplin appeared in an eccentric bit-part performance, the steady trickle of walkouts began. I was stunned by the stylistic aberration of a montage of still photos with voiceover from a Shangi-Las number at a crucial juncture near the end, but I stayed to see how bad it could get. The answer: pretty bad.