The point of alterna-Cannes is to discover offbeat, unexpected works, but sometimes you go looking for rarefied sensibilities only to discover Hollywood wannabes. Any critic who attends film festivals will tell you about the appeal of encountering a goofy genre film in the middle of a day otherwise devoted to challenging fare. Context is everything in Cannes, where each new competition film is inevitably seen in terms of its Palme-worthiness. But that cuts both ways. Great films that are tough to sit through often receive hostile reviews. Bad films can become…well, if not exactly good, at least weirdly palatable under the circumstances.

Exhibit A is Alice Winocour's "Disorder," a French-language feature shown in Un Certain Regard. Originally, the film was called "Maryland," after an estate in France where much of the action is set. Perhaps because "Maryland" would be a confusing title for a movie that has nothing to do with the American state, the producers have opted for an ultra-generic rebrand. (The name change leads to an unfortunate juxtaposition of title and subtitle: "MARYLAND DISORDER.")

Matthias Schoenaerts stars as Vincent, a French army vet suffering from PTSD. He takes work providing security for Whalid (Percy Kemp), a businessman who is secretly an arms dealer. Hired to protect Whalid's family, Vincent constantly fears for their safety—though at first, it appears that the danger may just be in his head. Winocour, laying on a pounding techno score, conveys his paranoia in a hacky, overbearing fashion. But Vincent also has a sensitive side, and Whalid's wife, Jessie (Diane Kruger), slowly comes to see it.

"Disorder" initially appears as though it might have something to say about war and its consequences, but brute force seems to weigh more heavily on its mind. After their car is attacked, Jessie and her son (Zaid Errougui-Demonsant) are put under the kind of only-in-the-movies police surveillance where the cops leave without warning. This forces Vincent to further spring into action. There are better home invasion movies, and certainly better classic westerns that use the same basic scenario. But there aren't too many of either at Cannes. 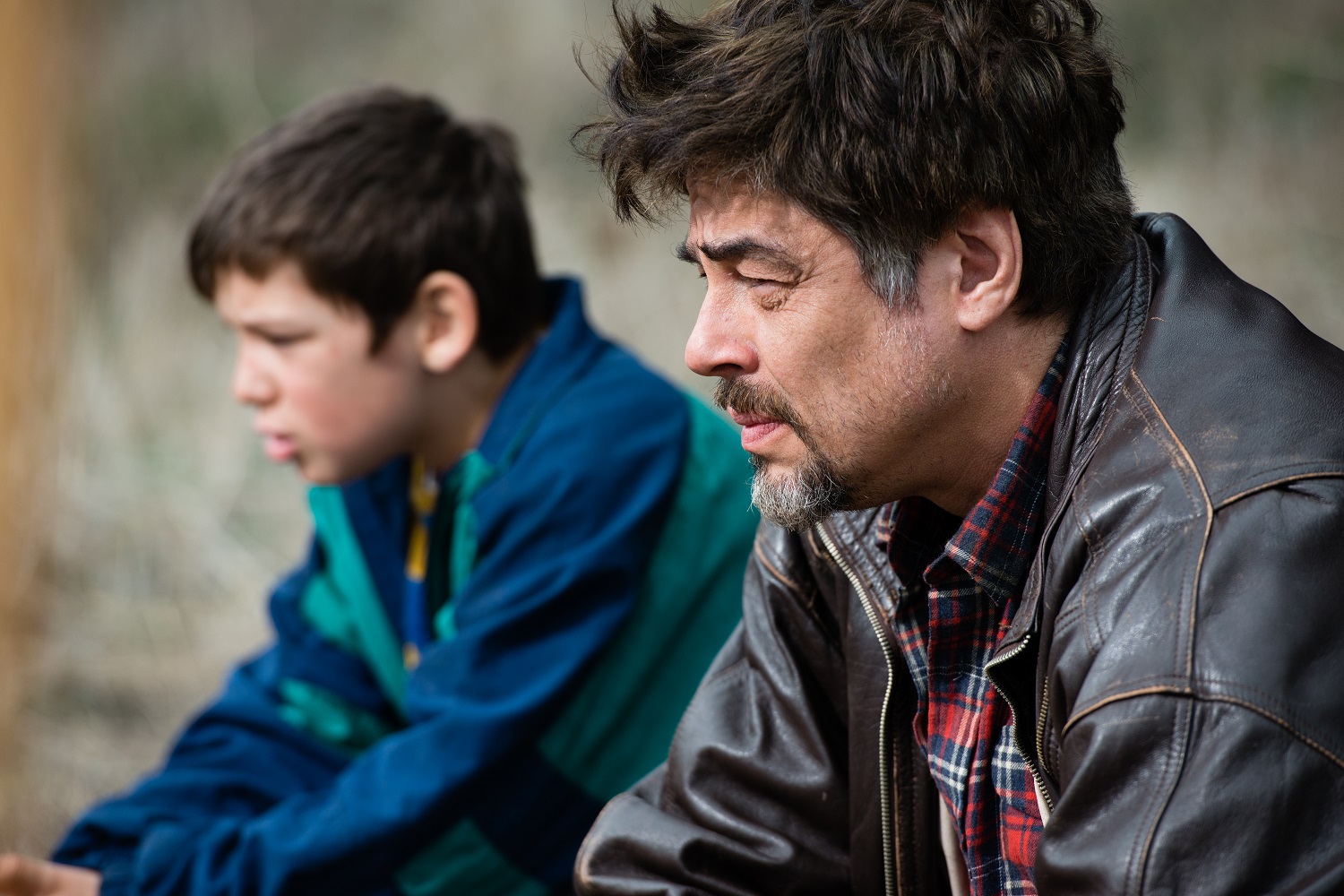 A tad more respectable, Fernando León de Aranoa's "A Perfect Day" is also a bit late to the trend of irreverent movies set in conflict zones. This one aspires to be "Three Kings" for the Balkans, if one assumes that "The Hunting Party" didn't already fill that role. Set in 1995, "A Perfect Day" follows a ragtag group of international aid workers confronted with a seemingly straightforward task. Their goal is to remove a corpulent dead body that's been dumped in a well. But their efforts are confounded by bureaucracy, an inability to find rope, and countless land mines, in scenes played for dark humor. (They repeatedly encounter a dead cow blocking a road, and are forced to determine whether the cow's placement indicates a mine is hidden to the left of, to the right of, or within the cow.)

You've seen these types of characters before: Benicio Del Toro is the unit's leader and moral compass; Olga Kurylenko is the colleague with whom he had an affair (and who is writing a report that may strip the group of its funding). Tim Robbins is the resident wisecrack guy, aiming many of his barbs at a mortified interpreter (Fedja Stukan). Mélanie Thierry plays the sanitation worker who just wants to do good but isn't prepared for the brutality she encounters.

Politically, the movie is a muddle, but it seems to subscribe to the "Chinatown" notion that intervention has a tendency to make matters worse. The interpreter constantly reminds Robbins's character that humor doesn't always translate, and the protagonists are often one step behind those they're charged with helping. It's not a consistent movie, but it has cutting moments.

Apropos of things that don't necessarily travel well: Yesterday's big event at the Fortnight was the premiere of "Arabian Nights: Volume 1—The Restless One," the first installment of Portuguese critic turned director Miguel Gomes's three-part film. The second and third parts will play on Monday and Wednesday. In terms of length and ambition, "Arabian Nights" arrives touted as one of the festival's most ambitious entries. The first part has an exploding whale that dwarfs any of the explosive cows in "A Perfect Day."

In "Volume 1," a title card announces that this is not a conventional adaptation and in fact takes its inspiration from events in Portugal in 2013 and 2014. The specificity is sometimes extreme; surely those who read the Portuguese equivalent of The Economist will get more out of the movie than those who do not. Gomes begins by discussing the shipyards in the Portuguese town of Viana do Castelo. "Abstraction gives me vertigo," he says. Noting that, at the moment, he feels he couldn't tell any story without his country's economic situation on his mind, he explains that he decided to find a way to combine fact and fiction.

Shifting to a more fanciful gear, "Volume 1" recounts a tale of impotent bankers who receive help with their sexual prowess from a wizard. When that strategy backfires, they subject the Portuguese populace to austerity measures in order to obtain the money to reverse the spell. It's a representative episode; the mixture of documentary and folklore recalls Gomes's "Our Beloved Month of August," which I confess to having trouble getting into, much more than it does his black-and-white festival favorite "Tabu." But with more than four hours—and several tales—to go, it's too early to say where this original and generously proportioned film will lead.