Horror film festivals pop up all over the country throughout the year but there’s something that feels more notable about the first Bruce Campbell’s Horror Film Festival, launching this weekend, August 21-24, 2014, alongside Wizard World Chicago Comic-Con in Rosemont, IL. Not only does the event feature several premieres but appearances by John Carpenter, Campbell himself, young filmmakers, and critics Steve Prokopy, Erik Childress, and Scott Weinberg. We got a chance to see some of the films at this year’s inaugural fest, including works already screened at Sundance (“Killers,” “Dead Snow 2: Red vs. Dead”), and picked out a few highlights if you’re considering attending. Tickets are free with admission to Wizard World Chicago Comic-Con and there are festival badges and single tickets available here as well.

What should you see? The fest starts on a comic-horror note with the U.S. Premieres of “Suburban Gothic” and “Wolfcop.” Both come from the tongue-in-bloody-cheek side of the genre divide a la Edgar Wright or Sam Raimi and I admire the decision to start with a lighter tone (as some of the films later in the fest get much grittier and much gorier). “Suburban Gothic” also boasts one of the more recognizable casts in that Kat Dennings and Ray Wise co-star in the suburban ghost story about a guy who comes home to find a vengeful ghost roaming his neighborhood. It’s one of those horror movies that shoots for laughs more than scares and doesn’t quite get enough of either for a hearty recommendation but, again, I like the idea of starting the fest with something light and entertaining instead of disemboweling. It plays at 7:30pm on the 21st.

“Wolfcop” is similarly ridiculous in its narrative. It’s about, well, you can probably guess. An alcoholic cop becomes the center of attention when he turns into a badge-carrying werewolf. Again, pulling off the balance between B-movie horror and humor is much harder than most filmmakers think and “Wolfcop” doesn’t quite work, even if it makes a fun fit with “Gothic.” The wolf action starts at 9:30pm. 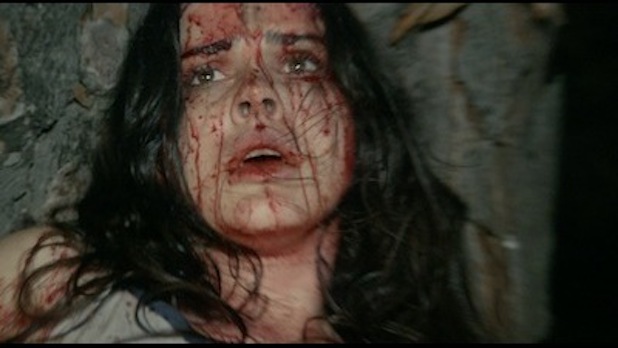 The fest really gets going on Friday with four horror films back to back. I only had a chance to see one but heard good things about “Cybernatural,” “Starry Eyes,” and, yes, even “Zombeavers,” a film with the perfect title to play near midnight on a Friday night. The one I did see, “Inner Demons,” starts at 7:15pm and will be released by IFC Midnight in October. It’s a strong piece overall even if it does have a few weak supporting performances and totally fails the “They Wouldn’t Still Be Filming That Test” of the Found Footage genre. Directed by Seth Grossman, “Inner Demons” has a clever concept that carries it a long way. Grossman was a producer on A&E’s “Intervention,” and he takes that experience to the indie horror genre with a film about a teenager who is addicted to heroin. She is encouraged by her parents, TV producers, and doctors to fight her inner demons and battle her addiction. Well, one of those inner demons may be real. A fun play on the possession drama, “Inner Demons” features a strong central performance and engaging premise. It’s a solid get for a first-year fest to program in primetime on Friday night.

The highlight of Saturday is a marathon of “The Evil Dead,” “Evil Dead 2: Dead by Dawn,” and “Army of Darkness” with Bruce Campbell in attendance. The fun starts at 8pm on a 30-foot screen in the Rosemont Ballpark. You may have to jump out early to make it but “Dead Snow 2: Red vs. Dead” starts at 11:30 back at the Muvico Rosemont with Director Tommy Wirkola in attendance. I saw “Dead Snow 2” at Sundance at a raucous midnight show and again here in Chicago at the Chicago Critics Film Festival. It’s a film that really should be seen with an audience. It’s a bloody blast. 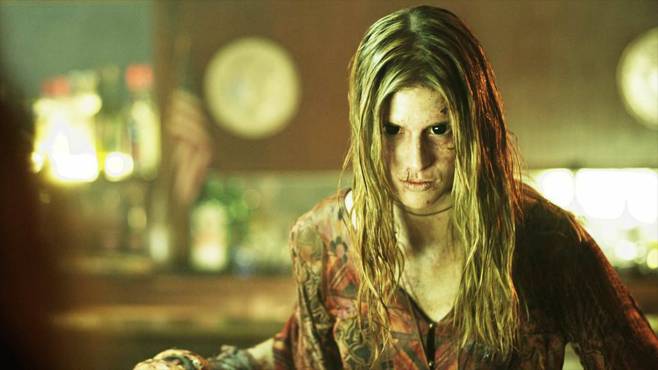 The fest ends on Sunday night with the premiere of a new work from a Chicago native, Michael S. Ojeda, “Savaged.” Reading the plot description, I was prepared for another rape-revenge fantasy a la “Last House on the Left” and “I Spit on Your Grave,” and, to be blunt, I’m exhausted by this genre. It’s usually tonally disastrous and torturous to sit through. So I’m surprised to report that “Savaged” is a promising piece of work from a young director. It’s imperfect but reminds me more of Rob Zombie’s gritty approach to the genre than anything else (although it’s better). Ojeda’s tale of a deaf-mute girl kidnapped, raped, and killed, who comes back to life to get revenge, is inherently a bit silly (and some of the Native American material—that’s how she’s brought back from the land of the dead—is misguided in its execution), but there are some strong performances here (especially the central one) and effective cinematography that straddles the line between B-movie and serious drama. Ojeda has a real eye for composition and directs his leading lady well. He’s one to watch. And that’s the perfect way to end a horror festival—excitement about the future of your favorite genre.