The spirit of Seijun Suzuki, patron saint of avant-garde Japanese filmmakers, presides over the Japan Society's 11th annual "Japan Cuts" program, a consistently exciting survey of innovative Nipponese cinema. Suzuki is perhaps most well-known as the director of such form-busting gangster/action films as "Branded to Kill," and "Tokyo Drifter," surreal movies defined by their haunting, rococo art direction, and perplexing, Dada-style narratives. He's also the subject of a meme wherein an elderly Japanese filmmaker confesses that "I make movies that make no sense and make no money." The Japan Society will screen a newly digital restoration of "Zigeunerweisen" (1980), the first film in Suzuki's indelible Taisho trilogy. But the festival also honors Suzuki's innovative, head-scratching zeal for formal exploration with a prominent, hearty side-bar of experimental cinema.

Many films featured in this year's "Japan Cuts" program are about what movies, photography, and art can do/show us. "Zigeunerweisen" is one such film. It's a quasi-ghost story/period piece set in the Taisho period (1912-1926), an era when Western influences became more prevalent in Japanese society. There is a plot, though the film is mostly fascinating for its narrative elisions. Two estranged friends, Aochi (Toshiya Fujita) and Nakasago (Yoshio Harada), re-unite several times over the course of a couple of years. During this time, they fight over women, talk about death, and enjoy many lavish meals. And in time, Aochi, the more Westernized of the two characters (ex: he wears dark suits while Nakasago wears black kimonos), becomes obsessed with deciphering a phrase recorded on a record of the title violin composition by Pablo de Sarate. But the more Aochi listens, the less he hears.

This quotation is arguably the key to appreciating, rather than understanding, Suzuki's masterful film. It's a baffling, and beautiful movie filled with gorgeous set pieces, and mysterious dream logic. And in some ways, it feels like a simultaneous summation and defense of Suzuki's career, not unlike Pier Paolo Pasolini's "Trilogy of Life" films. Like Pasolini's movies, Suzuki's Taisho trilogy is, to some extent, a collection of stories organized around the principle that the act of story-telling is more pleasurable than our ability to make intelligible connections, or come to satisfying conclusions. True, when you watch "Zigeunerweisen," your brain will strugle, and often must try to make sense of what you are watching since the film does have a narrative, characters, and an intelligible setting. But the main pleasure in watching this film is in experiencing its textures, watching characters eat a lot of fish and noodles, tell stories about cherry-red ashes, and, uh, lick each other's eyeballs. Characters drift in and out of each other's lives like ghosts—and perhaps that's all they are to each other. Luis Bunuel made a film in another famous trilogy called "The Phantom of Liberty." "Zigeunerweisen" could just as easily be retitled "The Phantom of Reason." 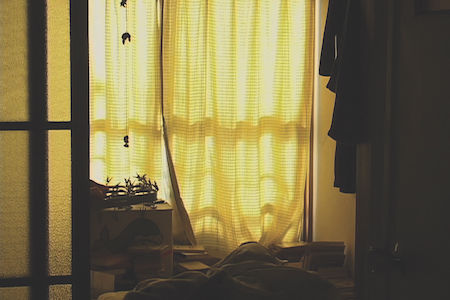 "Zigeunerweisen" is slowly, but surely garnering more attention and praise from American critics. One can only hope the same can soon be said about "Once Upon a Dream" (2009), a manga adaptation about a depressed teenage girl who constantly feels like she hasn't slept enough. Like "Zigeunerweisen" before it, "Once Upon a Dream" often feels like a lucid dream. Our heroine often appears off-screen. She communicates through voice-over narration, and impressionistic point-of-view photography. She engages in conversations with her boyfriend, her mother, her favorite teacher, but we almost never see any of these secondary characters. Instead, we see her world as a series of recurring images: a ping-pong ball falling slowly down a stairwell, an empty subway car, a coffee cup on a cluttered desk.

Through these cryptic symbols, director Kei Shichiri gives universal scope to an intimate story about a girl who is struggling with depression, suicidal thoughts, and a dissatisfying romantic relationship. We don't just see the world through a single character's eyes, but rather witness one individual's attempt to see beyond herself. What would your life look like without you? Where does your eye wander when divorced from your ego? What does a day without routine tasks, and mundane explanations mean? You can feel the character struggling to simultaneously disavow and maintain control over her story through the subtle clash of ambient noises, voice-over narration, and photo-montage-style imagery. "Once Upon a Dream" is a welcome reminder of the many different ways to tell a story on film.

I also thought of "Zigeunerweisen" and Suzuki while watching "Hengyoro," a new and utterly bewildering film that uses movies as a means of resurrecting the past. Or parts of the past. "Hengyoro" follows two thieves who go on the lam from three wet ghost women after they're framed for stealing a powerful drug called Tottoro-13 (yes, really). The two thieves make their money by acting in and exhibiting reels of film that are presented, and exhibited repeatedly without comment, or explication. Sometimes, a voiceover narrator attempts to explicate what we're seeing, but each new explanation makes things a little more incomprehensible. Ghosts of the living and dead frequently pop up in unexpected places, performing little weird dances. In fact, "Hengyoro," often looks like something a very energetic child's landscape view of their small hometown, except it's exclusively populated by weirdos, hobos, ghosts, and other undesirables.

"Hengyoro" isn't really a movie that you can understand, but rather one that you just have to let wash over you. Your brain will misfire, and be impressed with recurring characters, phrases, footage. But you have to treat the story like one of William Burroughs's cut-up novels, a story that's constructed from the remnants of several pre-existing narratives. Then again, "Hengyoro" is less of a Franken-story than it is an anti-narrative, one whose main pleasures are fleeting, and impossible-to-synopsize. This movie will frequently test your patience. But it is also very special in its high combustible way. Sometimes that's more than enough. 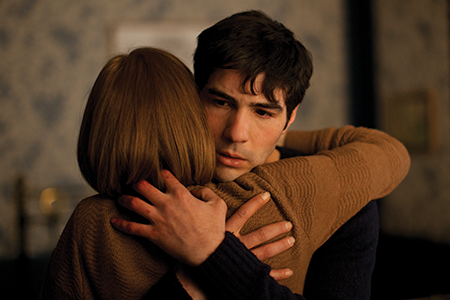 "Daguerrotype," the new movie directed by Kiyoshi Kurosawa ("Pulse," "Cure"), is a more conventional ghost story. That's not a compliment: the most disappointing elements of "Daguerrotype," a story about an eccentric photographer's relationship with his dead wife, living daughter, and selfish assistant, are also the most familiar. The assistant (Tahar Rahim) is sadly the audience's surrogate, so we spend much of the film wondering, and waiting for his influence on the photographer (Olivier Gourmet), and his family to cause their estranged family to self-destruct. But, while the ending of "Daguerrotype" is rather disappointing and generic, there's something exciting, and refreshing about watching a 130-minute ghost story where the main pleasures are not derived from plot twists, or character development. Kurosawa excels at drawing your eye to blood on the floorboards, light under the stairwell, and out-of-focus humanoid shapes in the distance. He's a master of mood and ambience, and I greatly enjoyed letting him take me along for another ride. There's one scene set in a greenhouse that is especially devastating. This sequence made me reconsider the film's best scenes as a kind of Edgar Allan Poe homage. I won't say more about the scene, or the movie, because a lot of its pleasures must be experienced first-hand.

I also want to recommend "Antiporno," a very personal anti-porn drama/response to a period in writer/director Sion Sono's career that he'd probably sooner forget. "Antiporno" was produced by Nikkatsu Studios as part of a series of films commemorating the 45th anniversary of their cycle of "Roman Porno" softcore films. Sono ("Love Exposure," "Suicide Club") had previously made some "pink" films, and was hired by Nikkatsu to do something in the same vein—provided that there's nudity every 15 minutes. But "Antiporno" is a blistering condemnation of the porn-making process, a trippy look at the many competing egos, and self-deluding personalities that go into a pornographic film's creation.

I don't really like "Antiporno" because the characters tend to declaim their talking points without much finesse, or variation. People are ugly, crazed, angry, or all three at once. This whirlpool of hysteria exhausted me very quickly. But there are moments where Sono's formal experimentation, and disinterest in traditional story-telling forms makes "Antiporno" very exciting indeed. This is, after all, a movie set entirely in a single location ... except that one location is repeatedly deconstructed, first as a film set, then as a theatrical stage (Imagine if Tennessee Williams went to Japan and made a movie about their porn industry). It's the kind of movie that I can't stop thinking about, even as I readily admit that I did not emotionally connect with it. There should be more movies like "Antiporno," and there hopefully will be thanks to "Japan Cuts." Here's to ten more years of weird new films.