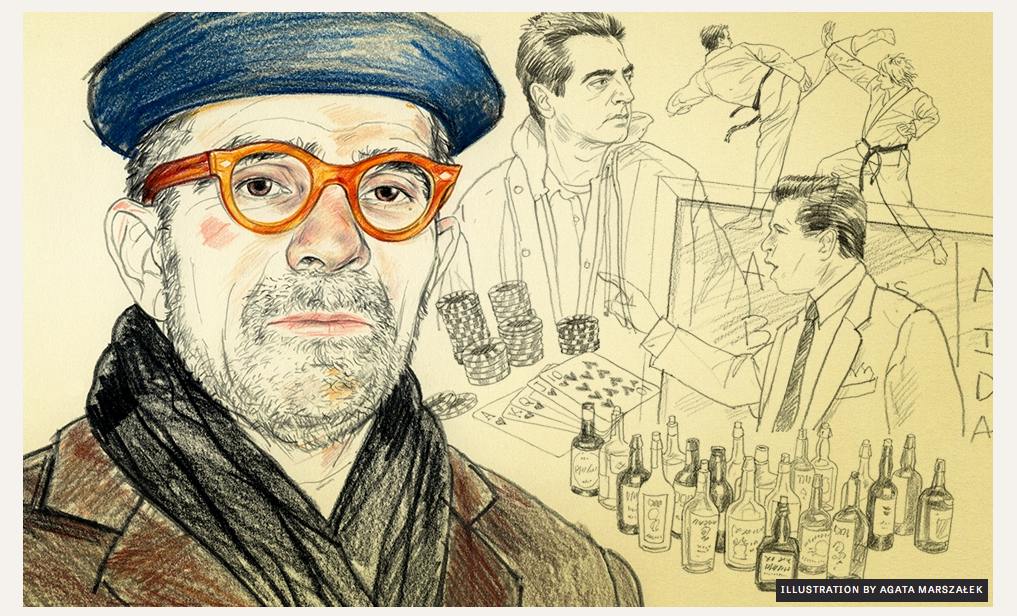 In "The Meticulously Constructed Film Work of David Mamet" on The Dissolve, Mike D'Angelo surveys Mamet's screenwriting and gives a sharp analysis of the phases in that career.

"Homicide sealed the deal. Inarguably Mamet’s most deeply personal film, it follows homicide detective Bobby Gold (Mantegna again, in his last performance for Mamet to date) down the rabbit hole that opens up when a Jewish shopkeeper is killed and Gold gets stuck with the rinky-dink case, only to find himself confronting his longstanding apathy toward his Jewish heritage. It’s a classic Mamet bait-and-switch, initially looking for all the world like it’s going to be a fairly standard cops-and-robbers saga (with Macy chewing the screen as Mantegna’s irascible partner), then veering in an entirely unexpected direction—and into an area that precious few movies have dared explore." 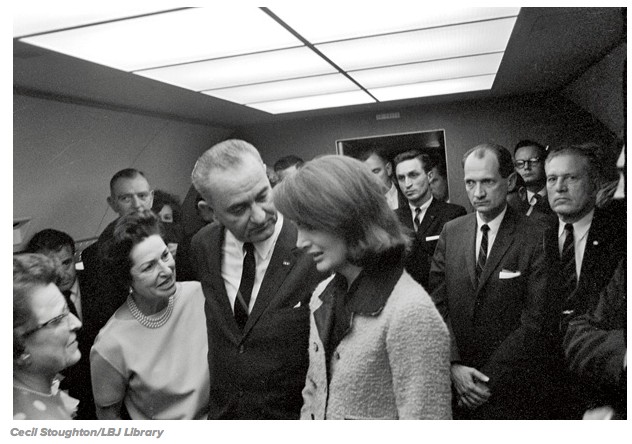 In "The Flight from Dallas," Chris Jones, who wrote a masterful profile of Roger Ebert, walks us through those alarming hours after John F. Kennedy's assassination for Esquire. It's a riveting read.

Air Force One radios Andrews Air Force Base: "Stand by to take off." It does not take off.

Johnson calls Irving Goldberg, a lawyer and friend. They decide to ask U. S. district judge Sarah T. Hughes—a longtime friend of Johnson's—to administer the oath. Fehmer calls Hughes's office; a clerk tells her that the judge is not in. He believes she's at the Trade Mart, where she went to see President Kennedy make his speech. Fehmer hangs up and informs Johnson that Hughes can't be found. He tells her to call the office back. This time, he takes the phone.

At The Atlantic, Richard Florida explains "The Real Reason Creative Workers are Good For the Economy."

If you feel like you want to quit Facebook, but you just can't quite make it happen, you should read Sarah Kessler's "4 Persuasion Tricks Facebook Uses to Keep You From Quitting" at Fast Company.

"The Political Economy of Zombies." Need we say more?

"That political meaning is an implicit memory. I have no idea when I heard that, who might have told me or in what context I would have learned it, but it was worth remembering because it meant my interest in vampires made me a man of my times. And it's worth mentioning – not because it was wrong or right, but because whether or not zombies ever represented Americans' fear of the unrestrained unwashed, they don't anymore."

Thanks to Joe Berkowitz at FastCoCreate, whose post about this video caught our attention.