“What activists (and many others suffering from racial discussion fatigue syndrome) have learned in the past year or so is that our definitions of ‘proof’ of racism and racist institutions differ vastly from much of white America’s. It’s often not enough for white America to hear that a person of color has been killed by a police officer, and it's often not enough for white America to hear that a small child was killed by a police officer, nor is it enough to read a headline about a man whose spine was severed in a police van. Instead, these murders are often interpreted as isolated incidents, some of which are indeed tragic, but ultimately do not prove that the killings are supported or encouraged by a racist system that's as American as the stars and stripes. For this reason, one of the most thrilling moments of television this year came when Baltimore State's Attorney Marilyn Mosby stood at a podium in front of a group of reporters and pointedly explained why six officers were being charged with the murder of  25-year-old Freddie Gray. On news stations across the country, her explanation was accompanied by an all-important visual image: a map detailing the several points at which the accused officers each broke the law and gave Gray the rough ride that broke his spinal cord, causing him to fall into a coma and eventually die.” 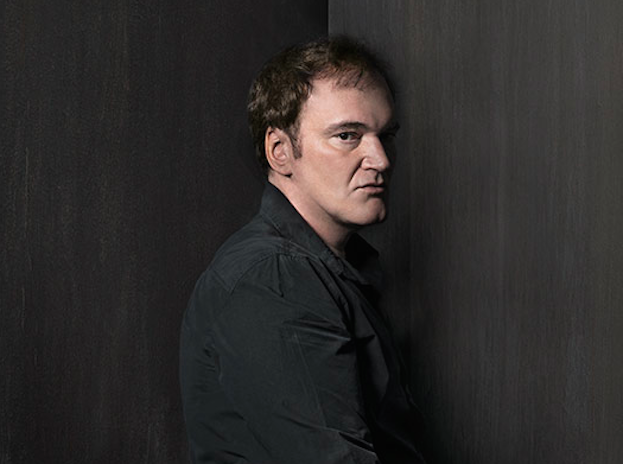 "In Conversation: Quentin Tarantino": A great interview with the ever-opinionated auteur, conducted by Vulture's Lane Brown.

“[Vulture:] ‘Hateful Eight’ uses the Civil War as a backdrop, sort of like how ‘The Good, the Bad and the Ugly’ does. [Tarantino:] ‘The Good, the Bad and the Ugly’ doesn’t get into the racial conflicts of the Civil War; it’s just a thing that’s happening. My movie is about the country being torn apart by it, and the racial aftermath, six, seven, eight, ten years later. [Vulture:] That’s going to make this movie feel contemporary. Everybody’s talking about race right now. [Tarantino:] I know. I’m very excited by that. [Vulture:] Excited? [Tarantino:] Finally, the issue of white supremacy is being talked about and dealt with. And it’s what the movie’s about. [Vulture:] How did what’s happening in Baltimore and Ferguson find its way into ‘The Hateful Eight’? [Tarantino:] It was already in the script. It was already in the footage we shot. It just happens to be timely right now. We’re not trying to make it timely. It is timely. I love the fact that people are talking and dealing with the institutional racism that has existed in this country and been ignored. I feel like it’s another ’60s moment, where the people themselves had to expose how ugly they were before things could change. I’m hopeful that that’s happening now.” 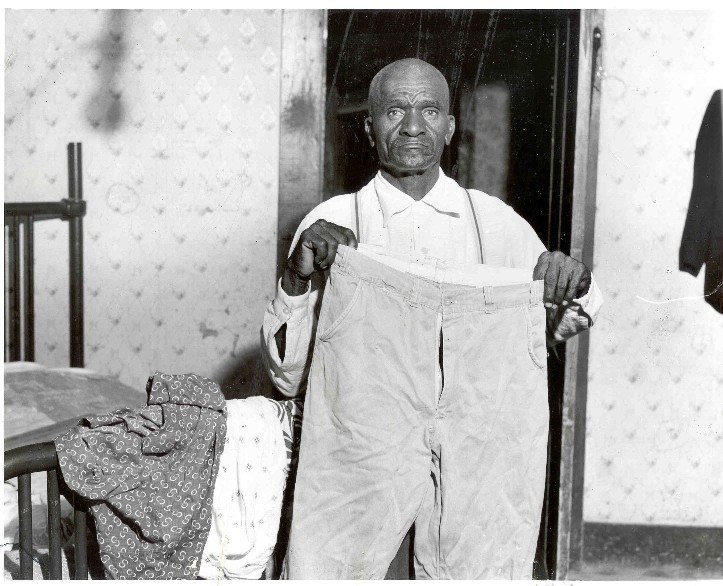 "Mose Wright: Never Flinched. Never Hesitated.": From the archives: A 2008 tribute to Emmett Till's uncle, written by Steve Gorelick at Media and Mayhem.

“The 1955 murder of Emmett Till was a seminal moment in the history of the civil rights movement. Till was a 14 year-old African American from Chicago visiting his family in Mississippi. When he violated the unwritten laws of segregation by talking to a white woman, he was abducted and brutally murdered. Photographs of his open-coffin funeral, revealing an unspeakably savage beating, were widely circulated. Emmett’s mother Mamie became a passionate and eloquent voice for social justice. My hero, though, is Mose Wright. Mr. Wright was Emmett’s uncle and a witness to the abduction. When two men were accused of the crime, Wright chose to be a witness at the trial and personally identified the two white defendants. At the time, observers at the trial could not recall another example of a black man testifying against a white defendant. Wright moved to Chicago, but once more – ignoring warnings that he would be killed –returned to testify against his nephew’s killers. He never flinched or hesitated. There’s a lot more to the story. The defendants were acquitted, yet later admitted the killing to Look Magazine for $4000. And even more, many year later. Wright died at the age of 83 in 1973.” 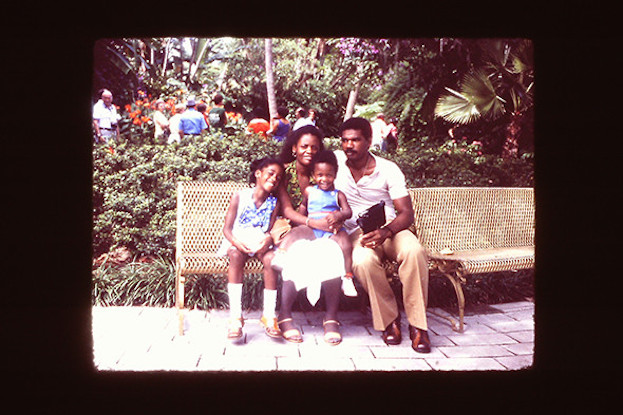 "In Praise of the Imperfect Photograph": A lovely piece from National Geographic's Heather Greenwood Davis.

“My father, 69, is going through his massive collection of slides and digitizing them. As a result, every few days a photo or two from a family beach outing or a holiday long past will pop into my email stream without warning.They aren’t particularly arresting images—no wild kaleidoscopic sunsets or Instagram-worthy food shots here—and yet they command my immediate attention. In one (seen at right) I’m looking at the camera as my mother, slightly cut off, is braiding my hair. My younger brother, then about two, is reaching for the photographer. The color is too bright in some spots, too dark in others. The orange shag carpeting screams ‘the ‘70s have been here,’ as do my brother’s denim jumpsuit and my own minidress. I look at it and I can almost feel the slight pull on my hair as I turn toward my father’s lens.In another photo we are vacationing: a family of five on a park bench trying to achieve the perfect keepsake photo. Clearly it wasn’t working. In some, no one looks at the camera. In others, eyes are squinted or completely closed. And finally there are the ones where my teenage brother looks impossibly bored of the whole ordeal. These aren’t the photos that made it up onto my parents’ walls or even the refrigerator. The unfiltered, slightly blurred snapshots held no value to us then. Today they are, by far, the best things that have ever come into my inbox.” 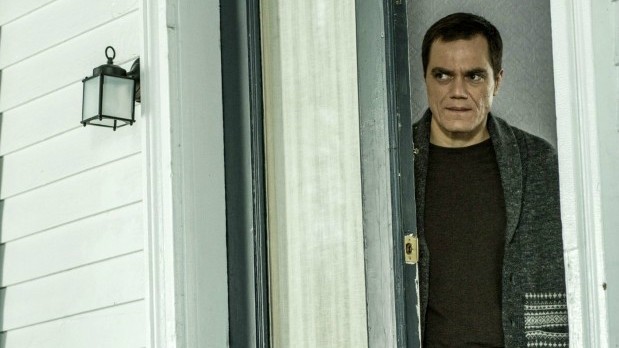 "Steering Away From 'Ooga-Booga' Horror Movies: John McNaughton on 'The Harvest'": In conversation with Jim Hemphill at Filmmaker Magazine.

“Filmmaker: Something that surprised me was that the kids really held their own in scenes with Academy Award-nominated adult actors. How did you create an environment where that could happen? McNaughton: This may be sexism, or reverse sexism, I don’t know, but I felt it would be good for the kids to have a woman cinematographer. A couple of the male cinematographers we interviewed were somewhat stringent, and I didn’t need that with kids – you have to make them comfortable. But both of these kids were great and had real chops. Natasha Calis was Kyra Sedgwick’s idea; I know Kyra through Kevin Bacon from when we did ‘Wild Things’ together, and she called me up and said, ‘John, I understand you’re casting for a young girl.’ I said, ‘Yeah, I am,’ and she told me, ‘I just worked with this girl named Natasha Calis on ‘The Possession,’ and she’s the best actor I ever worked with.’ Kyra’s worked with a lot of people, so that went a long way – although the funny thing with kids is, you’d be surprised how many kids can act. You think, ‘How am I ever going to find someone?’ and you find three. But after auditioning a lot of kids we realized Natasha was exceptional. Same thing with Charlie Tahan. He had already done great work – this wasn’t his first rodeo – and physically he was just perfect. Interestingly, the little guy in the basement, Nolan Lyons, came in to read for Charlie’s part but was just a little too small and a little too young. My original plan with the kid in the basement was to save money and just hire an extra, but my casting director Billy Hopkins said, ‘You’ll be sorry. It’s not just laying there, the kid’s gotta act.’ And he was right. Nolan was acting every second that he was lying there.” 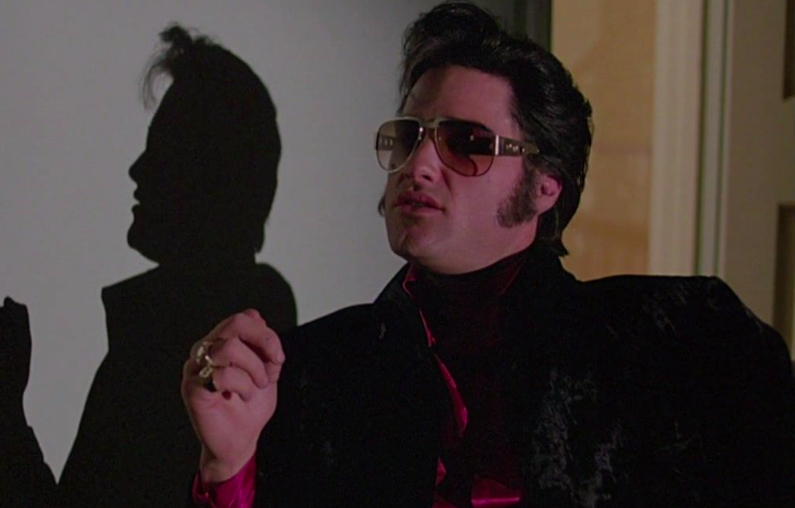 VIDEO ESSAY: Pathways and Pathos: The Internalization of TRUE DETECTIVE Season 2 from Nelson Carvajal on Vimeo.