"Ann Blyth gets a TCM salute for her birthday" The actress is probably best remembered for her turn as the self-involved Veda in "Mildred Pierce." For her 85th birthday, she was honored by Turner Classic Movies. Susan King of the Los Angeles Times has a wonderful piece on Blyth and the TCM tribute.

"Blyth's performance is an astonishing mixture of ferocity and venom that belies the fact she was only 16 when she made the Michael Curtiz-directed thriller."

"Gen X gets really old: How do slackers have a midlife crisis?" At salon.com, Sara Scribner muses on how Generation X is handling aging. We'll give you a hint: They're doing it differently than their parents.
Advertisement

"While the past midlife crisis model focused on breaking down confining bonds, chipping away at that adult façade to return to the fountain of youth, Xers are still in full construction mode. 'I've made a list – it's the 'do-better' list,' Leslie Mann's character tells her husband in Judd Apatow’s flawed but occasionally insightful 'This Is 40.'"

"12 Words that Survived by Getting Fossilized in Idioms" At mentalfloss.com, Arika Okrent looks at words you only ever use in an idiom. Where would 'to' be without 'fro'? But where is 'fro' anyway?

"The 'fro' in 'to and fro' is a fossilized remnant of a Northern English or Scottish way of pronouncing 'from.' It was also part of other expressions that didn't stick around, like 'fro and till,' 'to do fro' (to remove), and 'of or fro' (for or against)." 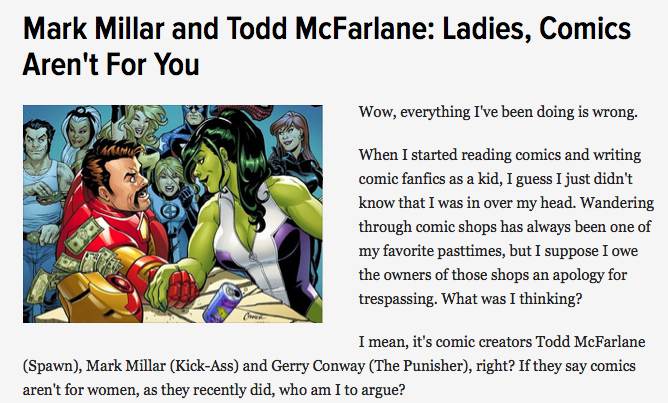 "Ladies, Comics Aren't for You"At i09, Mydearpeabody isn't just discussing some diffuse misogyny in the world of comics. Inspired by a piece in the New Republic on Mark Millar and a panel discussion featuring Todd MacFarlane and Gerry Conway, she is walking us through their offensive assumptions about women and comics.

"It's a circular argument to say that you're not going to create interesting female characters, and then whine that you don't do it because no one is interested in them. If you haven't been creating many of them, and the ones you have been creating are flat, or women in refrigerators, or narrative devices to further male characters' plotlines, then no, I imagine most people don't find them that interesting." 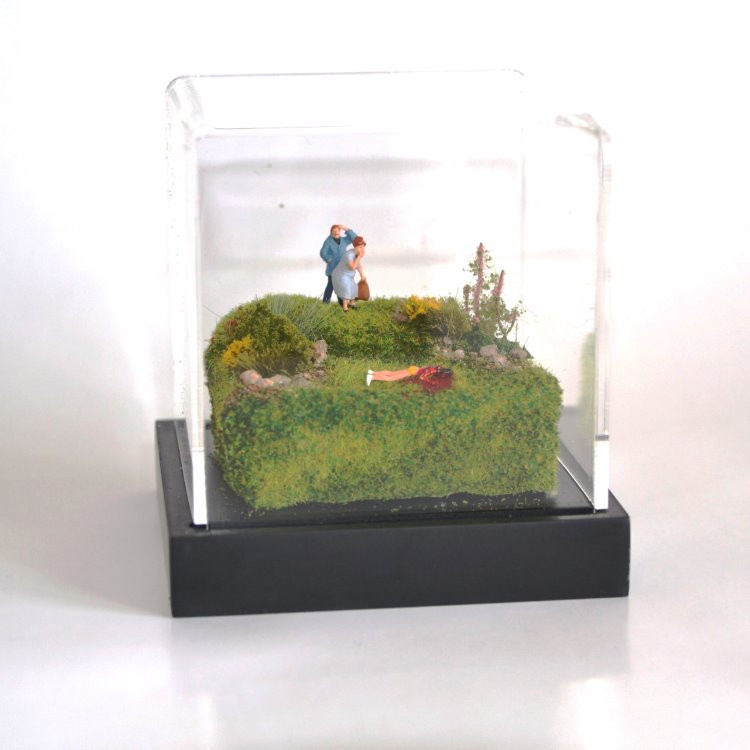 "These Dioramas Are To Do For" NPR.org's Ted Robbins directs us to Abigail Goldman's art at Trifecta Gallery. Her Die-O-Ramas are a series of morbid jokes and crime scenes captured in charming miniature. We have a feeling Hitchcock would have bought the lot.

Thanks to Tambay A. Obenson at indiewire.com for calling our attention to this video about Eugene Allen, the real person on whom "Lee Daniels' The Butler" is based.