"This time, it is not an entire agency, but a local developer and town officials who Mr. Serpico says have ignored his complaints; this time, it is not over issues like taking cash payments from drug dealers, but over the fate of some trees and the desecration of pristine woodland. 'It’s like fighting the system again,' Mr. Serpico said. 'Here I’m trying to enjoy my tranquillity and I’m being dragged back into a world of corruption.' So discouraged has Mr. Serpico, 77, become that he has renewed his American and Italian passports with an eye, he said in all seriousness, toward moving back to Europe."

"Blockbuster Bloodbath: Why This Year's Summer Movies Feel Too Violent For Their Own Good." By Matt Patches, for Film.com. 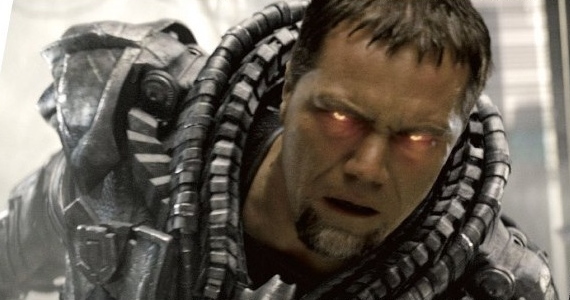 "I’m perfectly OK with action movie violence. It can be artful, it can theatrical, it can be shameless and stupid and, if the right kind of bad guys are being blown away, it can be lots of fun. Summer is the season for that kind of carnage. But this summer is rubbing me the wrong way. Blame it on the current climate, but this year’s onslaught of movie violence isn’t encouraging me to  drift away to new places. In fact, the evidence suggests that blockbuster escapism has inexplicably tipped into body horror, the films of summer 2013 confusing body count for scale." 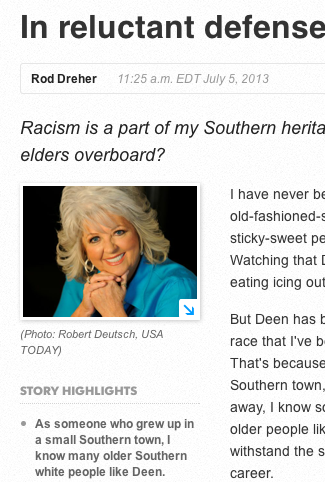 "In Reluctant Defense of Paula Deen." In USA Today, Rod Dreher is pretty much asking for it, and he knows it. This is what you might call the 'Southern Defense.'

"Deen, who is 66, holds to a moonlight-and-magnolias romanticism that is common among white Southerners of her generation. Yes, it is now in questionable taste, and yes, it reveals an impoverished moral imagination. But this acute sensitivity is a fairly new thing in American culture. Every younger white Southerner who holds enlightened opinions on race knows that you have to allow for the cultural deformation of older white Southerners. Every one of us knows elderly whites who, despite their residual racism, have done more good for particular black neighbors than many of us who believe the right things, but who have done little or nothing to help actual black people in our midst."

"Matt Groening's Futurama is ready for its intergalactic sendoff." By Robert Lloyd, for The Los Angeles Times. 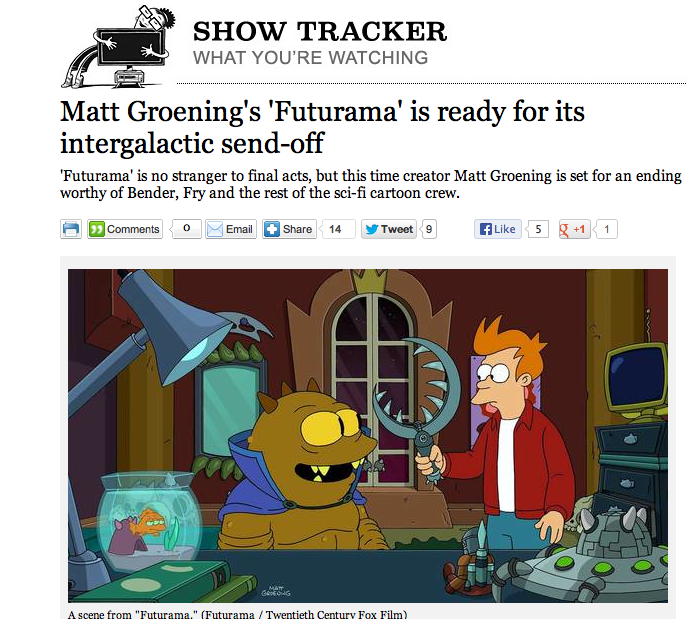 "Where 'The Simpsons' exists out of time and has moved past or above narrative consistency to stand for whatever the moment demands, the characters of 'Futurama' stand only for themselves, in more or less real time; they have hopes and feelings and intertwined fates, and you care what happens to them. And where 'The Simpsons' took a shotgun to the sitcom family ideal, 'Futurama' is about community and teamwork and an intergalactic multiculturalism — in which respect it also resembles, say, 'Star Trek.' It's about the family you make rather than the family you're stuck with."
Advertisement

"'Don't You Like Cock?' and Other Things that Aren't Jokes." Anne T. Donahue on a particularly irritating and upsetting verbal encounter with a man, and what it actually meant.

"I shouldn’t have to tell you guys that asking a strange woman if she 'likes cock' isn’t a joke, or that if she gets offended, it’s probably best to back away and apologize. [...] That is a very jarring thing to hear. It’s a very weird thing to hear, especially since asking that question is incredibly invasive. It’s even more invasive when you (if you’re me) try to shut the situation down, only to have that same question asked again and again, as if I’ll magically answer. That’s bad enough. It’s worse, though, when instead of apologizing, that guy tells you why you shouldn’t be offended. In this case, according to him, I shouldn’t be offended because I write comedy. That’s why I shouldn’t be offended if a relative stranger asks me about my sexuality in a very aggressive way. Because I’m in comedy. Because I write jokes, I should laugh off a man asking me who I’d like to have sex with. Are we getting all of this?" 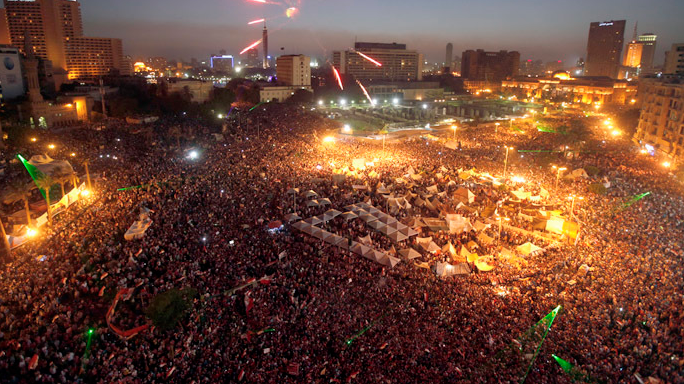 From the Tumblr Concerns of an Egyptian Anglophile, a photo of an estimated 33 million people protesting; BBC News estimates this as perhaps the single largest gathering of protesters in a single place in all recorded history. But this inspirational spectacle came at great cost, as Sarah Lynch and Doug Stanglin report in USA Today, "At least 30 killed in day of protests in Egypt."

Via Mother Jones.com, video of the first time former Democratic Rep. Gabrielle Giffords has fired a gun since sustaining a gunshot wound to the head during a January 2011 assassination attempt in Tucson, Arizona. For more, click here.