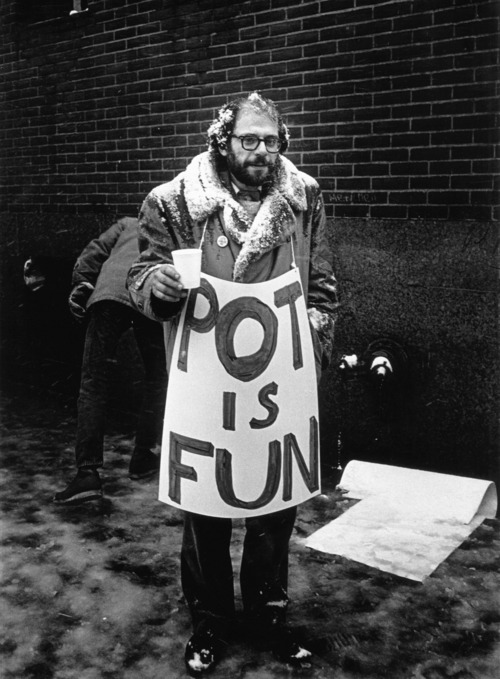 For the Poetry Foundation, Marjorie Perloff shares a reminiscence of Allen Ginsberg's late-night scansion games and other tidbits from the Beat founding figure's final years.

"In this, the last decade of his life (he died in 1997), Allen looked for all the world like a post-WWII college professor: navy blue blazer, red tie, white shirt, neat laced Oxfords, slicked-back short black hair. I always marveled that this super-famous radical provocateur-poet had adopted such a deceptive appearance. But was it deceptive? Not really, when we remember that back in his Columbia days Allen was always trying to impress Lionel Trilling, sending the famous professor poems and waiting for his approbation. And by the eighties, when his Beat credentials were no longer in question, Allen actually did become a college professor, teaching at the Naropa Institute, later Naropa University. His lectures on poetry and poetics are now available online at the Naropa website." 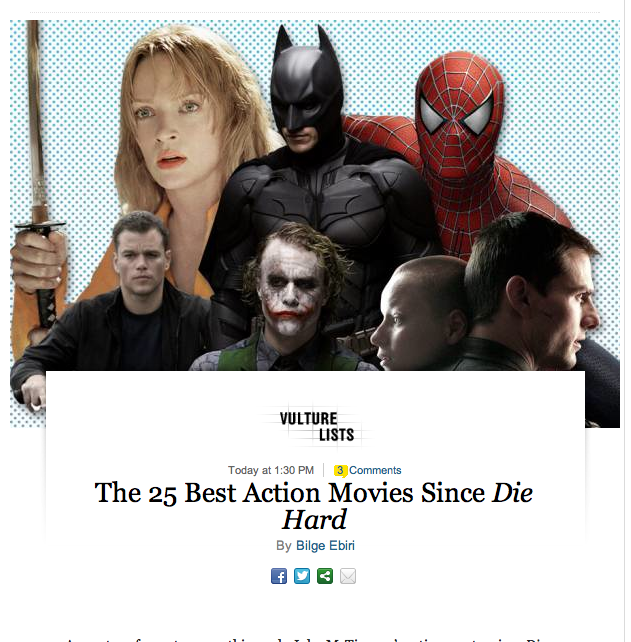 "The 25 Best Action Movies Since Die Hard." By Bilge Ebiri, for Vulture. A provocative lineup, though he forgot X and Y. And yeah, we're not so sure about that #1 choice. Related: RogerEbert.com editor on Die Hard at 25, and our founder on the original Die Hard, which he didn't like all that much, and Die Hard 2, which he liked somewhat better.

"So what has the action landscape looked like since that fateful day in 1988 when we first met John McClane en route to Nakatomi Plaza? For the past few months, I’ve been watching and/or rewatching almost every major action movie made since then in an attempt to come up with the best ones. The good news is that a lot of awesome action movies have been made over the past 25 years. The bad news? Not all of your favorites will be on this list."

"Congressman who used to be a high school English teacher irks GOP by marking their memos with a red pen." His conclusion: "Weak draft, re-do." 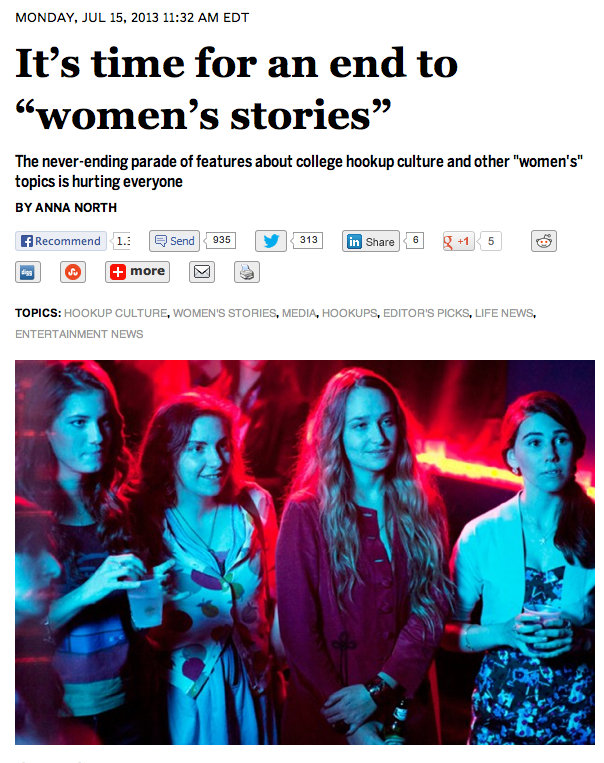 "It's time for an end to 'women's stories.'" If Kate Taylor's New York Times feature "Sex on Campus: She Can Play That Game, Too" seemed a little familiar, Salon's Anna North argues that—well, it is.

"In order to sell itself as a story about all women, the women’s story can only actually be about a small group of women, women who have been designated as worthy of having worry-stories written about them. These women are usually white, straight and middle-class, and also (especially if they will be photographed alongside the story) fall within an accepted range of body size and facial structure. Stories may be written about women who do not fit into this group, but they will be stories about race or poverty or fatness. Women marked by any of these things do not belong in women's stories." 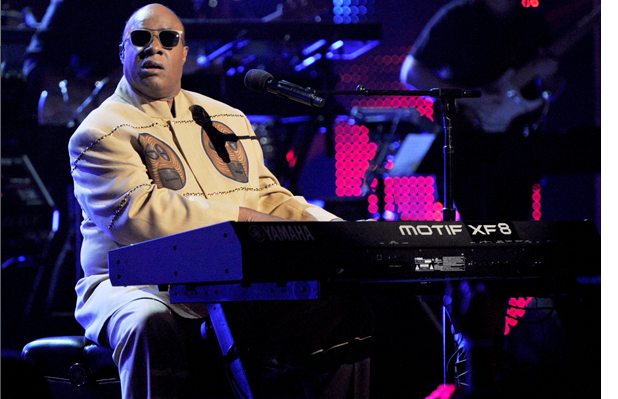 "'I decided today that until the 'Stand Your Ground' law is abolished in Florida, I will never perform there again,' he told the audience. 'As a matter of fact, wherever I find that law exists, I will not perform in that state or in that part of the world.'" 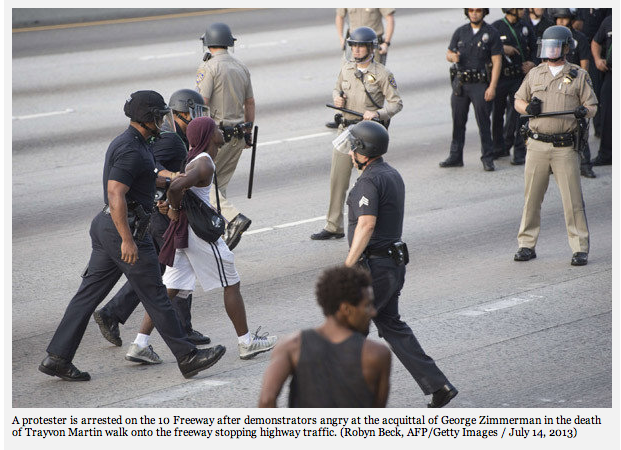 "Police officers confront protesters on the 10 Freeway," by Robyn Beck/AFP via The Los Angeles Times and Slate.

In light of the George Zimmerman trial verdict, Michael Mirasol revisits Sam Fuller's controversial (and barely released) "White Dog," with Paul Winfield as a trainer who attempts to reprogram a canine that's been trained to attack African-Americans.  The film's trailer is below.