“Observe the balcony scene in ‘Robin Hood,’ a more romantic moment than Hollywood ever managed with Romeo and Juliet. De Havilland’s eager anticipation as Flynn climbs up to her, the moments when she tries to conceal it, the gasp of genuine fright when he nearly falls – she plays with absolute sincerity. Years later, in a talk she gave for the BFI, de Havilland called these movies “the best of their kind”, and to this day she’s right. And yet, a de Havilland role meant staying on the sidelines. The movies did not revolve around her character. She played these women with spirit, but they were not complex, dynamic or conflicted. She is wonderfully funny in ‘The Great Garrick’ (1937) and ‘It’s Love I’m After’ (1937), both comedies about actors who are never truly off stage. But de Havilland’s characters are the ones who haven’t a clue what’s going on – they are playing it for real while everyone else tries on roles. No wonder she jumped at Melanie, whose screen time is nearly equal to Rhett Butler’s, and who offered a chance to play strength, yearning, loyalty and tragedy. When ‘Gone with the Wind’ was over, even before it was released, before she’d garnered the best reviews of her life, before her Oscar nomination, back de Havilland went. She wound up in a movie she later described vaguely as ‘a third remake of something,’ found herself farmed out to Goldwyn for a remake of warhorse Raffles (1939) that she knew was doomed, and then was back with Flynn for ‘Santa Fe Trail’ (1940). By no means were these all insipid parts in bad movies. Several are classics, such as Raoul Walsh’s ‘The Strawberry Blonde’ (1941), with de Havilland as the would-be suffragette in love with James Cagney’s brawling dentist. Near-farcical at ﬁrst, the movie grows more tender and sombre, building to a park reunion between Cagney and de Havilland that Walsh called ‘one of the most emotional scenes I ever ﬁlmed.’” 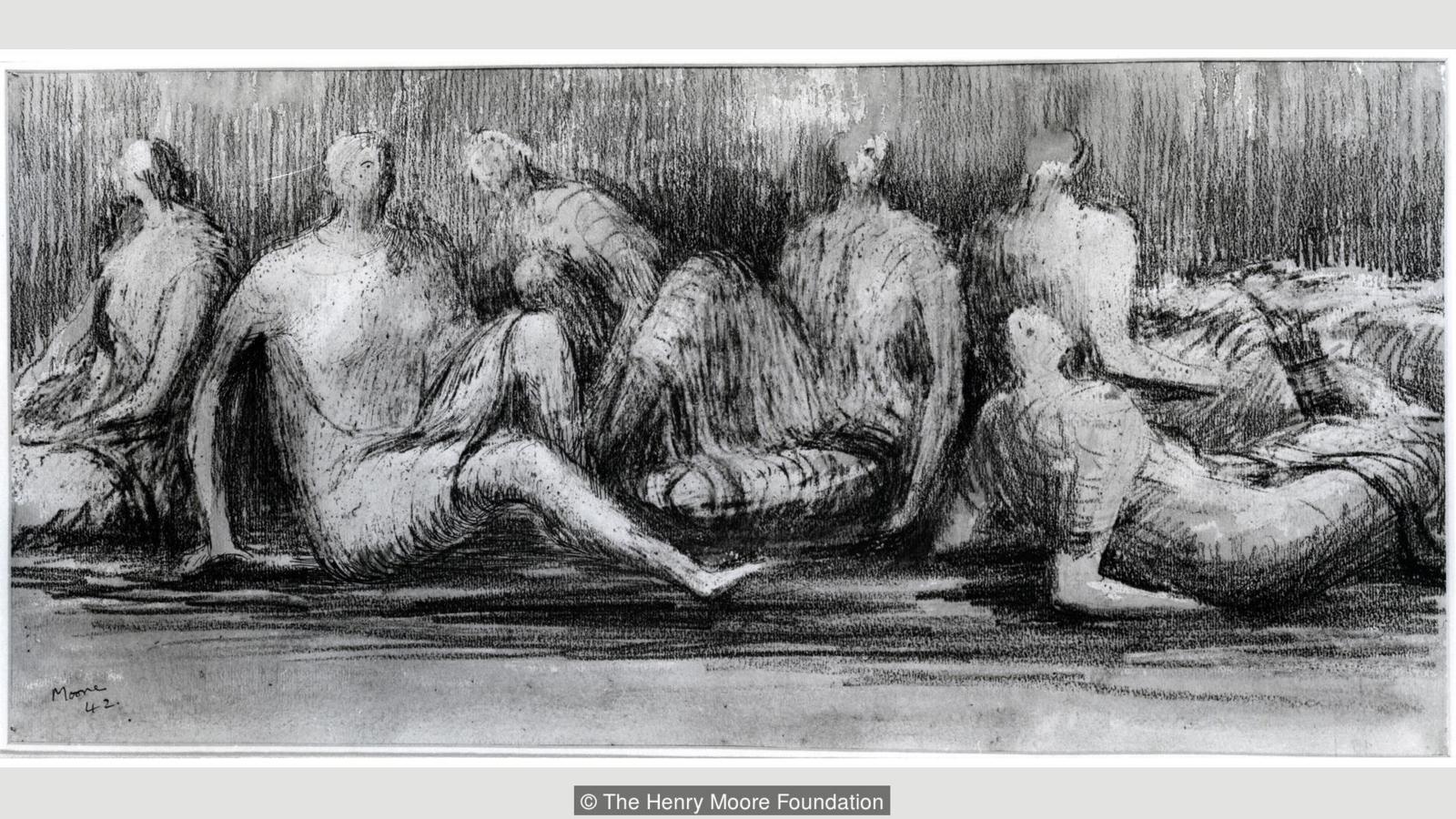 "Sitting down to make a stand": BBC's Kelly Grovier looks at the posture of human courage.

“At first blush, it would be difficult to conjure two places less similar to each other in the western world than the plush grandeur of the US Congress and the dark grotty tunnels of the London Underground. Yet images that went viral this week of congressmen stretched out on the floor of the House of Representatives during a ‘sit-in’ to demand action on gun legislation eerily echo the comfortless deportment of Londoners seeking subterranean cover during bombing raids in World War Two as sketched by the English artist Henry Moore. Though the cultural contexts of the two scenes could hardly be more different, the uncanny mirroring of languid physiques – now lounging in political defiance, now waiting with listless valour – invites us to reflect on the very posture of human courage. Led by the Civil Rights leader John Lewis, on Wednesday a spirited contingent of 20 Democrats abandoned the relative comfort of their leather seats on Capitol Hill in the hope of preventing an adjournment of Congress before members could vote on legislation that would tighten federal gun-control laws. The extraordinary action comes in the wake of the deadliest incident of gun violence in US history, in which 49 people were killed on 12 June 2016 at a gay nightclub in Orlando Florida. Despite overwhelming popular support for changes to gun laws in the aftermath of the shooting (one survey conducted by CNN indicated support had swollen to around 90 per cent), the Senate (Congress’s upper chamber) on Monday voted down a string of four measures, including a so-called ‘no fly, no buy’ bill that would have prohibited anyone on a terrorist watch-list from purchasing a gun.” 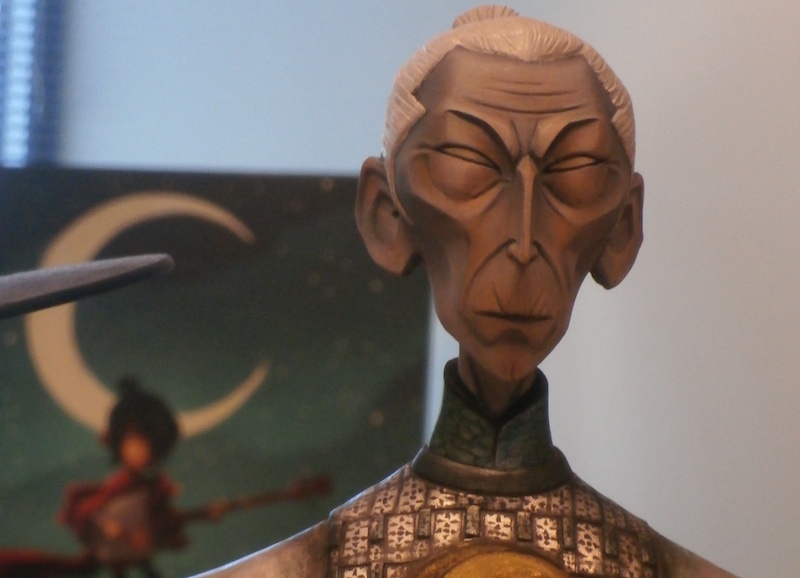 "My Visit to LAIKA for 'Kubo and the Two Strings'": As chronicled by our own Nell Minow, a.k.a. the Movie Mom.

“Visual effects supervisor Steve Emerson explained that while they are relying more on CG effects for backgrounds and non-central characters, ‘we embrace technology in a way that is respectful to the stop-motion and honors it.’ He joked that his group’s reaction to seeing a crowd scene in the script was, ‘Couldn’t we just have a meeting in a cave with a couple of close friends around?’ ‘No, we need a village.’ To make sure that the CG characters, even in the background, look consistent with the ‘built’ figures, they photograph the physical materials like fabrics at a microscopic level, and use the same director for physical and digital scenes. ‘You’re really really good at your job if no one realizes you did anything.’ Many fantasy films have a monster, but this movie has three, and each presented its own challenges. The Hollow Bones (an enormous skeleton) was ‘screaming to be digital’ because it was so complicated. ‘But we always make things really really hard on ourselves.’ So, they created the largest stop-motion puppet ever built. They love to take on new challenges or revisit old ones. ‘Remember that thing that was a disaster a few years ago? Let’s try it again!’I love the way LAIKA brings together every kind of technology and material. While one of the artisans is using a glue gun and a mylar balloon from the party store, another is using NASA-level complexity algorithms to create clouds and water. We saw puppets that incorporated a bridal veil and LED lights, an effect created with a rubber dog toy, and how one prop that they burned looked less authentically charred than a more stylized version made with paint. And we saw clips of scenes on water that looked so real we could almost feel the ocean spray on our faces. And there’s the underwater garden of eyes, and the boat made of leaves. The sets and puppets were dazzling, and I am sure the movie will be, too.” 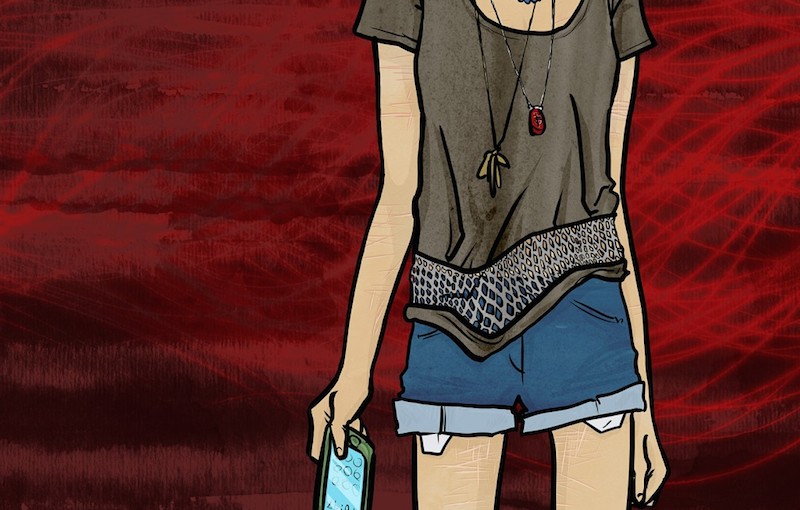 "Scars That Bleed and Wounds That Heal": An achingly personal essay from Jennifer Ditlevson Haglund at Christ and Pop Culture.

“When I was bored during church sermons in junior high school, I used to read Leviticus just to see if I could shock myself. There was a lot of weird stuff in there about God’s views on bodies. Most of it didn’t seem to apply to me—until I got to the part about not cutting yourself in Chapter 19, verse 28: ‘You shall not make any cuts on your body for the dead or tattoo yourselves: I am the LORD.’ Although I didn’t cut myself because I was grieving the dead, I knew whatever reasons I could come up with probably still wouldn’t get a pass if I ever had to explain myself to my Maker or anyone else. As a Christian, I didn’t know what to do with a very blatant command to refrain from hurting myself. Every time I did it, I thought about how God knew. Not only was I sad but guilty too. Yet I felt helpless because no matter how much I prayed, I couldn’t find a way to stop, and God hadn’t fixed me either. It started long before I had access to the Internet or read books about depressed teens. At 3 years old, I didn’t know how to tell my parents I was sad. I knew you only got Band-Aids when there was blood, so I bit my arms until I broke the skin. My mother caught me sometimes. Although I was very young and don’t remember why I was doing it, I remember how she reacted. In the kitchen, she kneeled down next to me, held both of my arms and said, ‘No. Don’t hurt my Jenny.’ Over and over, she told me I didn’t need to do that. It wasn’t nice to hurt her Jenny, she said. Maybe I could have stopped then if I had believed her. I wish I had.” 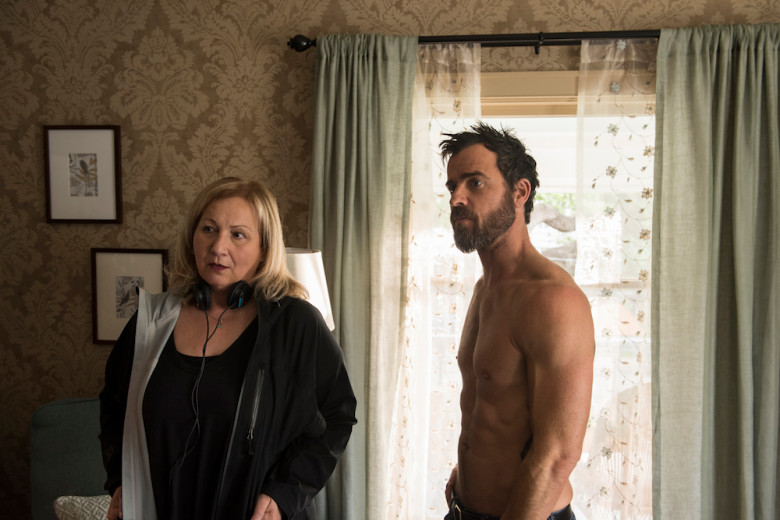 “[Indiewire:] ‘There’s been a lot of talk about what changed and what didn’t change between Season 1 and Season 2.’[Leder:] ‘My perspective is that Damon and Tom Perrotta were really discovering what the show was about. You write a story and then your story starts to speak to you, and I believe that they had some growing pains in the beginning. ‘Who’s point of view is this?’ They started doing point of view stories, which they discovered were very successful — which it always is because it’s from your character’s point of view. You immediately, as an audience, get sucked in. I think that these point of views became stronger. The visual language — that maybe I brought to it, especially in the second season — helped to define what that was. The first season was very muted, very claustrophobic. And in the second season, we were moving to Austin, Texas, to this little town called Miracle. And I thought it was really important to expand the color palette, to find rich, deep colors to help express our characters’ emotions. I also thought opening up the show visually was important: wider shots, showing the environment more because the environment was very pertinent to the story. So, that’s what I think I helped bring to the show.’ [Indiewire:] ‘It’s those details that elevate things in such a big way, but it’s hard to just point to it and say, ‘Well hey, this is what really helped it evolve.’’ [Leder:] ‘You know, it ultimately is a show about family and what it’s like to lose your family — to lose everything in your life that is special to you. And so, how do you visually explore that? How do you dive deep into someone’s soul? We use close-ups very regularly. We get in there, but we also drop back to see the body language. For me, it’s really important to really dig deep into a character’s heart and try and find what’s between those lines. What are those moments when the actor isn’t speaking? What are those moments that help express and take you to the next level? It’s a real privilege to work on this show because of Damon’s writing, and his team of writers are an extraordinary group of thinkers who attach meaning to everything. I am on the continual search for the right look, the right light, the right environment to express that.’”

Films on the 4th of July from Fandor Keyframe on Vimeo.

At Fandor, master editor Nelson Carvajal presents his star-spangled tribute to films set during the 4th of July.