"Jeah! We Mapped Out the 4 Basic Aspects of Being a 'Bro." A Venn diagram of bro-ness, courtesy of Jean Demby of NPR's Code Switch, a blog about the frontiers of race, culture and ethnicity.

"The usage of "bro" as a term of endearment isn't new, obviously. (As the indispensable Know Your Meme points out in a useful short history, people have been abbreviating 'brother' this way for centuries, although its iteration as a synonym for 'friend' — or more accurately, 'friend-dude' — is much more recent.) Over the past decade or so, though, 'bro' has evolved into a shorthand for a specific kind of fratty masculinity. Baseball cap with the frayed brim (possibly backward), sky-blue oxford shirt or sports team shirt, cargo shorts, maybe some mandals or boat shoes. Y'all know who we mean.
Advertisement
These cats right here." 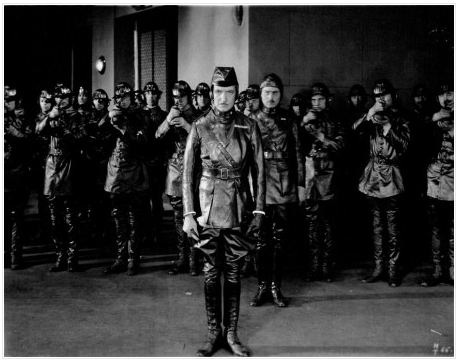 "There’s nothing quite like the solidarity of the film community here, as two other movie palaces helped the show go on by lending their facilities to the NCFS to continue their summer schedule—and what a schedule it has been! With the addition of the estimable Kyle Westphal, late of George Eastman House, as a partner and programmer, NCFS has learned of and been able to secure prints of rare films and restorations that have flown under the radar of most other venues. I was fortunate to be part of a packed audience at the Patio Theater to see High Treason, an extremely rare British talkie made on the cusp of the conversion from silent to sound pictures, with both silent and sound versions created and released. The restoration of the spotty nitrate and badly damaged soundtrack was funded by the Library of Congress/National Film Preservation Foundation and The Film Foundation, but the new print has only been shown once before at the Library of Congress Packard Campus Theater. Thus, we were only the second American audience in more than 80 years to see the sound version of High Treason on the big screen."

In honor of the late James Gandolfini, here's RogerEbert.com editor Matt Zoller Seitz's 2007 recap of the finale of The Sopranos, with its now-legendary and still controversial "cut to black" ending. Originally published at Seitz's first blog, The House Next Door. 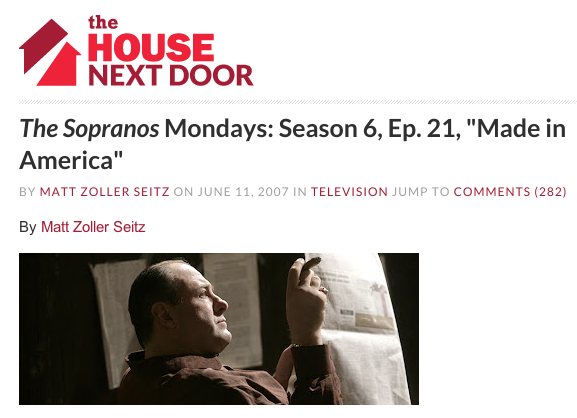 "'It's my nature.' That's the punchline of the the fable "The Scorpion and the Frog," a fable repeated in numerous pop culture works, including The Sopranos, which referenced it in Season Two. About 10 minutes into 'Made in America,' the final episode of the final season of David Chase's drama, that phrase wriggled into my head and stayed there. It's key to appreciating the final episode, and key to understanding Chase's attitude toward people; they are what they are, they rarely change, and when they do, they stay changed for as long as it takes to realize that they were more comfortable with their old selves, at which point they revert; and once they're taken out of the picture, by illness or incarceration or death, the world keeps turning without them. Which is a roundabout way of saying, what the hell did people expect from David Chase? Closure? Satisfaction? Answers? A moral? It was the perfect ending. No ending at all. Write your own goddamn ending." 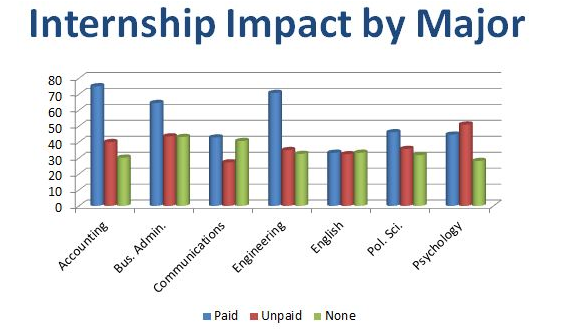 "Do Unpaid Internships Lead to Jobs? Not for College Students." Jordan Weissman of The Atlantic summarizes data which confirms what you might have already expected: for most college students, internships are basically indentured servitude, rarely leading to full-time employment.

"For three years, the National Association of Colleges and Employers has asked graduating seniors if they've received a job offer and if they've ever had either a paid or unpaid internship. And for three years, it's reached the same conclusion: Unpaid internships don't seem to give college kids much of a leg up when it comes time to look for employment. This year, NACE queried more than 9,200 seniors from February through the end of April. They found that 63.1 percent of students with a paid internship under their belt had received at least one job offer. But only 37 percent of former unpaid interns could say the same -- a negligible 1.8 percentage points more than students who had never interned."

"Mad Men, Season Six: Sunny Products, Rotten World." For Vulture, Margaret Lyons writes about a sub-theme of the season, the agency pitching products that convey the idea of "sun" and hope, despite living in an increasingly dark and decayed universe. 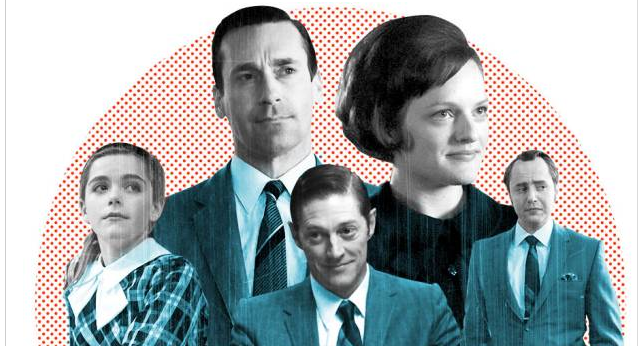 "In season six, everyone's looking for a break, for safety, for comfort, for respite. Don's trying to sell the idea of Hawaii, of disappearing into paradise and leaving everything behind. Hey, he's done it once before. Peggy's selling headphones — the better to block everything out and only listen to the good parts. They pitch fruit juices, Ocean Spray and Sunkist, a notable turn for people who've come up with gimmicks and slogans for cigarettes and napalm. Hey, have some juice. It's not poison™. Or maybe try a baby aspirin, on account of how much pain you're in. Peggy, Ted, and Don try to sell margarine, a staple that has no inherent appeal, but, as they tell each other over and over, it lasts forever. It doesn't go bad. It's just like you left it. Finally, something of permanence in this volatile world. They pitch ketchup. They pitch Chevy. They might as well pitch American flags next. Safe! Stable! Everything is fine! Please please please let everything just be fine." 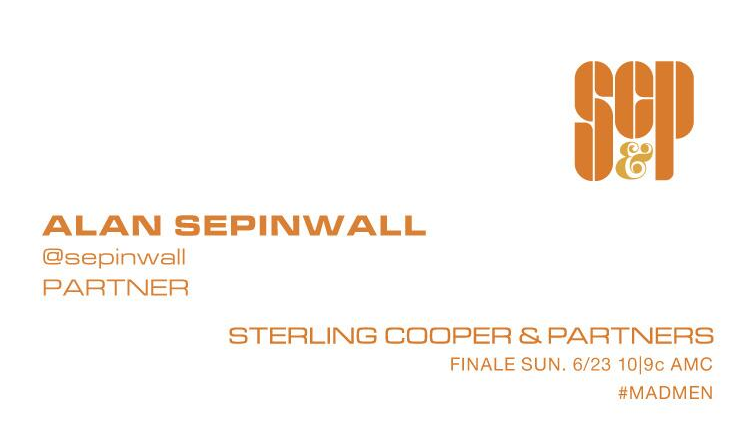 An example of AMC's sophisticated, seductive, almost Draper-like marketing to journalists and bloggers re: Mad Men. This is a personalized "partner" business card emblazoned with the name of one of the show's most widely-read recappers, HitFix's Alan Sepinwall.