"White-supremacist policy is older than this country. It begins with the slave codes in mid-17th-century colonial Virginia. It proceeds through the the 18th century, inscribing itself into our Constitution. It moves into the 19th century with such force that slaves alone were worth more than all the productive capacity of the country put together. War was waged to assure slavery's continuance. The war was lost. We had a chance to do the right thing. We didn't. So white supremacist policy endured. Even American liberalism's proudest moment -- the New Deal -- would be unimaginable without its aid. This era of policy did not close until the late 1960s, well within the living memory of many Americans.In the face of this, liberals today are arguing that 300 years of immoral policy can be undone by changing the subject." 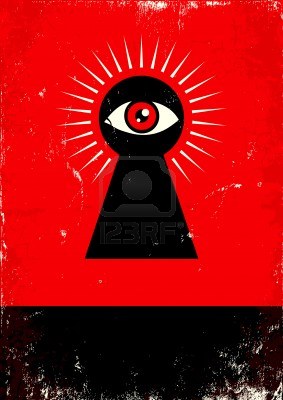 2. "Five Myths About Privacy." For The Washington Post, Daniel J. Solove defines what is or is not a "threat."

Myth #2: Surveillance must be secret to protect us.

"Secrecy at the level of an individual suspect is different from keeping the very existence of massive surveillance programs secret. The public must know about the general outlines of surveillance activities in order to evaluate whether the government is achieving the appropriate balance between privacy and security. What kind of information is gathered? How is it used? How securely is it kept? What kind of oversight is there? Are these activities even legal? These questions can’t be answered, and the government can’t be held accountable, if surveillance programs are completely classified. With the phone and Internet programs, it isn’t clear that sufficient protective measures are in place. The president and security officials assure us there are, but without transparency, we can’t really know." (Note: the graphic accompanying this item is a thumbnail of Igor Serazetdinov's "Red and Black Poster with Keyhole and Eye," which you can buy by clicking here.) 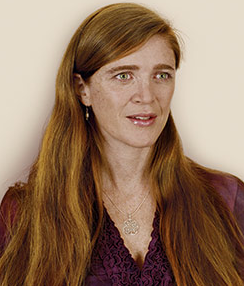 3."The Journalist Diplomat: The sad fact for Samantha Power is that you can be a media intellectual or a government official, not both."  By Jason Zengerle, for New York magazine. "Now that Power has returned to the administration as (pending Senate confirmation) the U.N. ambassador, it’s her role as a former journalist that explains much of the excitement that has greeted her appointment in the press," Zengerle writes.

"Although America’s man (or woman) in Turtle Bay has often been an intellectual—from Arthur Goldberg to Daniel Patrick Moynihan to Jeane Kirkpatrick—we’ve never had an intellectual quite like Power, one whose dazzling first career was as a crusading, bearing-witness writer determined to make America live up to its ideals. From the moment in 1993, when, fresh from Yale, she arrived in the Balkans to cover the conflict as a stringer for the Boston Globe, Power has been a sui generis figure in journalism. [...] More than anything, it was the 'fierce moral indignation' of Power’s war coverage that brought her acclaim." 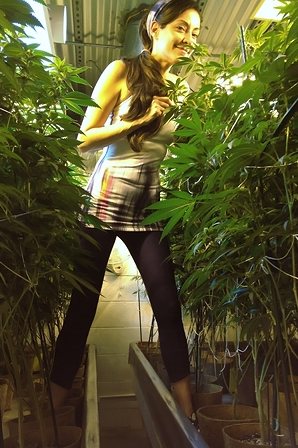 "In the annals of weird things that happened in childhood, there are few odder experiences than smoking pot for one's first time with Snoop Dogg. That's what happened to Dr. Dina, the Jewish daughter of a psychologist and a mortgage broker (her sister is a golf pro), who grew up in the San Fernando Valley in the 1980s. 'I was a total goody-two-shoes and a tattletale – I literally got the 'Biggest Brown-Noser Award' my senior year,' she says. One night, she went over to a friend's house, whose dad happened to be David Kenner, Snoop's lawyer during his murder trial in the 1990s (he was acquitted). 'Snoop was in the backyard smoking a joint, and the kids said, 'Oooh, you better be careful around Deeny Weeny, she's going to rat you out,'' she says. 'And he was like, 'Oh, yeah? Come on over here, girl. You hit this.' I said, 'No way.' He's like, 'You hit this right now.' So I did. He made me hit it so I wouldn't tattle on him." 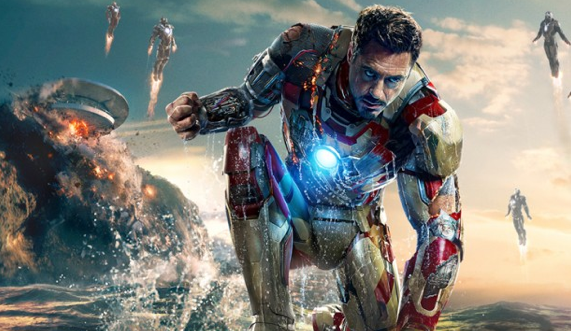 5. "Hollywood's Completely Broken." For Salon, Lynda Obst outlines the economic forces that have made almost every sector of the entertainment industry less profitable.

"This was, literally, a Great Contraction. Something drastic had happened to our industry, and this was it. Surely there were other factors: Young males were disappearing into video games; there were hundreds of home entertainment choices available for nesting families; the Net. But slicing a huge chunk of reliable profits right out of the bottom line forever? This was mind-boggling to me, and I’ve been in the business for thirty years. Peter continued as I absorbed the depths and roots of what I was starting to think of as the Great Contraction. “Which means if nothing else changed, they would all be losing money. That’s how serious the DVD downturn is. At best, it could cut their profit in half for new movies.” 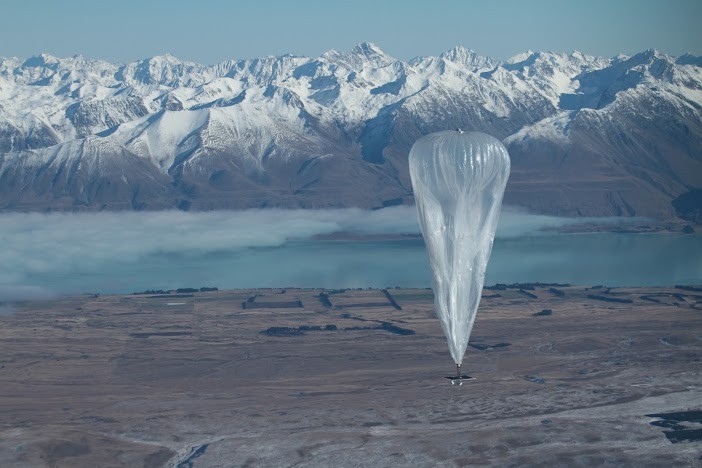 A Google "Internet balloon." "The Internet giant has launched 30 balloons 12 miles into the stratosphere in a bid to test out a system that could provide Internet access to remote, poor or disaster-stricken areas," writes Daniel Politi at Slate.

A lovely slow dance from Charles Burnett's 1977 classic Killer of Sheep, about an African-American family battling poverty in a Los Angeles neighborhood. To read Roger Ebert's 2007 appreciation of the film, click here.