“When I was writing a biography of Ray in the 1980s, [John] Huston sent me a letter about Ray and his work. ‘I recognized the footage as the work of a great filmmaker,’ he wrote. ‘I liked Ray enormously on first encounter. Everything he did and said supported my feelings on viewing the film.’ The footage was from Ray’s maiden venture, ‘Pather Panchali,’ the first entry in the trilogy. In 1954, Huston saw part of this film in a silent rough cut in India. He strongly recommended it to the Museum of Modern Art in New York, where ‘Pather Panchali’ received its world premiere the next year, before it was released in London in 1957. When eventually released in New York in 1958, ‘Pather Panchali’ ran for eight months at the Fifth Avenue Cinema. Two years later, ‘Pather Panchali’; ‘Aparajito,’ the middle installment, which had won the Golden Lion at the 1957 Venice Film Festival; and the final part, ‘The World of Apu’ — all with music composed by Ravi Shankar — together entranced audiences in New York, including a teenage Martin Scorsese.Akira Kurosawa once said of ‘Pather Panchali’: ‘I can never forget the excitement in my mind after seeing it. I have had several more opportunities to see the film since then, and each time I feel more overwhelmed. It is the kind of cinema that flows with the serenity and nobility of a big river.’ Just before Ray’s death, at 70 in 1992, he was given an Academy Award for lifetime achievement, at Mr. Scorsese’s prompting. Now, a new generation of filmgoers has a chance to discover Ray’s humane genius in a rerelease of the Apu Trilogy, first in New York, Philadelphia and Los Angeles in May, and then in selected theaters around the country, after a lengthy and painstaking restoration by the Criterion Collection in collaboration with the Academy of Motion Picture Arts and Sciences.” 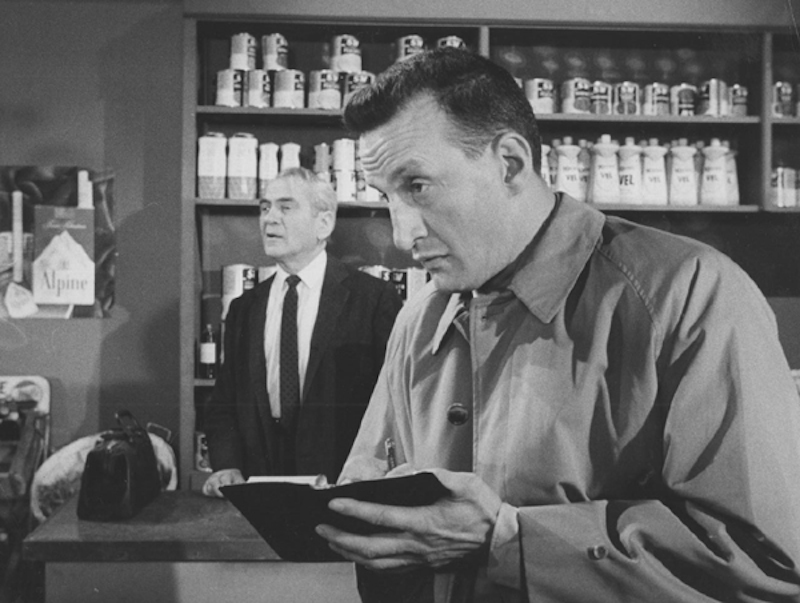 “Scott was a new kind of actor in the fifties, a kind of post-Method actor whose emotional, in-the-moment style came less out of technique than out of real-life anger and depression. A University of Michigan graduate, he spent years idling in a menial IBM job, edging into alcoholism, getting into bar fights. Then, in 1957, the thirty-year old Scott’s mostly unsuccessful stabs at an acting career paid off when he made a splash in the New York Shakespeare Festival’s production of ‘Richard III.’ The Bard’s vilest protagonist provided Scott with a perfect opportunity to pour pent-up hostilities into his work, and after the run of “Richard” the actor began to play similar roles in films and live television. He earned Oscar nominations for his supporting roles in ‘Anatomy of a Murder’ (1959) and ‘The Hustler’ (1961). Both films cast Scott as somewhat one-sided villains, and the characters seemed fresh because the actor loaded them with his own intensity. Broadway, where Scott starred in ‘The Andersonville Trial’ and ‘Comes a Day’ during the early sixties, offered him roles of wider range, but perhaps television would be the natural medium for the young actor’s next logical progression: into a central, and heroic, role before a national audience. Scott had up to that point taken a disdainful attitude toward television in general and toward ongoing series in particular. Though he had guest-starred on ‘Naked City,’ ‘The Virginian,’ and ‘Ben Casey’ (and scored a 1961 Emmy nomination for latter), Scott limited most of his small-screen appearances to prestigious anthologies and dramatic specials. An ongoing television show of indeterminate length was the last place a mercurial up-and-coming actor like Scott wanted to get stuck, and he likely would have avoided ‘East Side / West Side’ had it not been for his pet passion: the Theatre of Michigan that he founded in the early sixties. A project designed to extend major theatrical productions outside the confines of the Big Apple, Scott’s Theatre took Detroit (where the actor spent much of its childhood) as its home base. It also took a considerable amount of outside capital to get off the ground, and to raise the cash Scott made a pact with one of his ‘pet hates,’ television.” 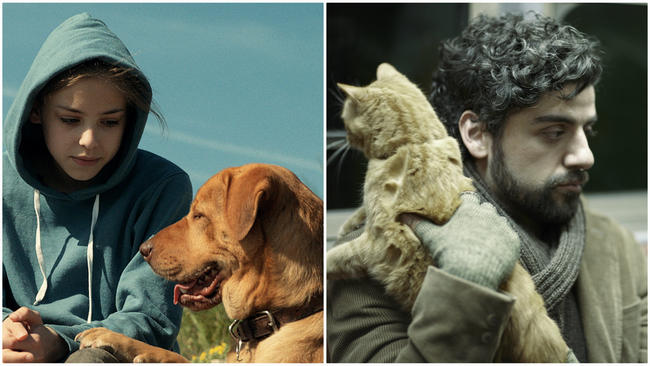 "Do cats really give better onscreen performances than dogs?": Asks Mark Olsen at the L.A. Times.

“One of the most notable cat performances of recent years has been in Joel and Ethan Coen's ‘Inside Llewyn Davis,’ in which Oscar Isaac's title character, a struggling folk musician in 1961 New York, tries to keep track of a cat that has inadvertently fallen into his care. A number of felines were actually used to portray the on-screen cat's many moods and activities, while the Coens were often quoted as paraphrasing an animal trainer who told them that dogs wanted to please you, while cats wanted to please only themselves. In last year's ‘Gone Girl,’ the cat shared between Ben Affleck's Nick and Rosamund Pike's Amy becomes something of a pawn in their shifting power dynamics, appearing in proximity to one or the other and somehow tipping the scales this way or that for audience identification between the couple. In a home video commentary track, director David Fincher noted how in the role of Bleecker, the real life cat Cheeto was great to work with because he could be put in a spot and would just stay there for hours.” 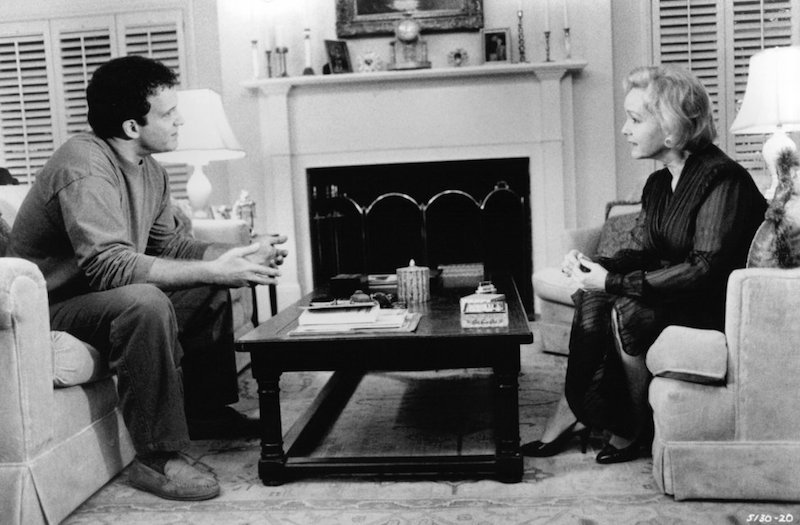 “At nearly two decades old, Albert Brooks’s wonderful film, ‘Mother,’ offers many nostalgic staples of ‘90s Americana: cutting-edge ‘picture phones,’ gasoline priced at $1.21 per gallon and smart comedy for adults. As he previously displayed in films such as ‘Modern Romance,’ ‘Lost in America’ and ‘Defending Your Life,’ Brooks is a master of nuance. His dialogue is funny not just in how it is written, but how it is delivered. The filmmaker has a keen ear for how passive aggression, sarcasm and pent-up angst can ripple through seemingly benign conversations, which makes him an ideal artist to explore the complicated relationship between a mother and her adult son. Apart from being an uproariously funny comedy, ‘Mother’ is one of the most perceptive films I’ve seen about the fractured bond between parents and children, and the repercussions it can have on their lives. Brooks plays John Henderson, a struggling writer of science-fiction novels. After two failed marriages, he decides to move back in with his mother, Beatrice (Debbie Reynolds), much to the bewilderment and possible envy of his brother, Jeff (Rob Morrow), a successful family man harboring serious mommy issues. John believes that by examining his own troubled relationship with Beatrice, he might develop a better understanding of women—and himself.” 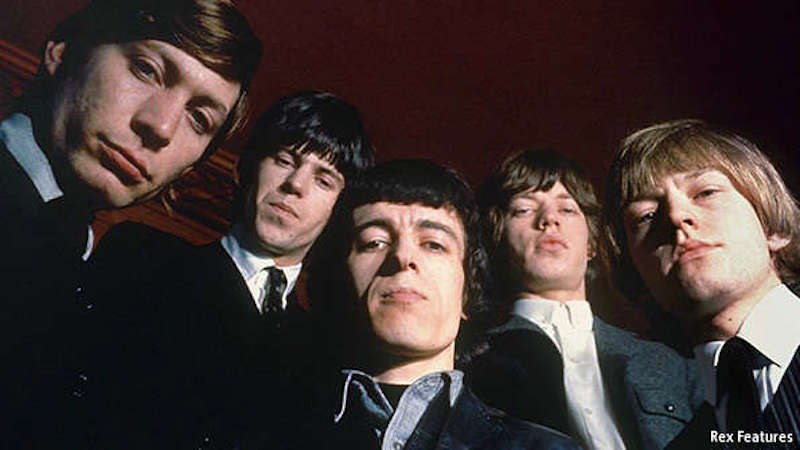 "How Music Evolves: First Principals": The Economist illustrates how a "statistical analysis of music reveals the truth about its periods of revolution."

“Matthias Mauch of Queen Mary, a part of the University of London, and Armand Leroi of Imperial College decided to attack this second question and other, similar ones, in a scientific manner. As they report this week in Royal Society Open Science, they took their data from the Billboard Hot 100, the standard music-industry chart for singles in America. They used Last.fm, a music-streaming service, to collect 30-second clips from 17,094 songs (86% of the total) that were in this chart between 1960 and 2010. Then they attacked each clip with sonic analysis and statistics. They found that they could extract what they describe as ‘topics’ from the music. These were coherent harmonic and timbral themes which were either present in or absent from a clip. Harmonic topics, of which there were eight, captured classes of chord change, or their absence (eg, ‘dominant 7th-chord changes’ and ‘major chords without changes’). Timbral topics, of which there were also eight, were things like ‘drums, aggressive, percussive’ and ‘female voice, melodic, vocal.’ As might be expected, different genres (as defined by the way tracks were tagged by users of Last.fm) were over-represented in certain topics. Songs tagged ‘jazz’ or ‘blues’, for example, had a high frequency of topic H1 (that pertaining to dominant 7ths). H3 (involving minor 7ths) is most common in funk, disco and soul. T3, a timbre topic described as ‘energetic, speech, bright’ is found especially in hip-hop.” 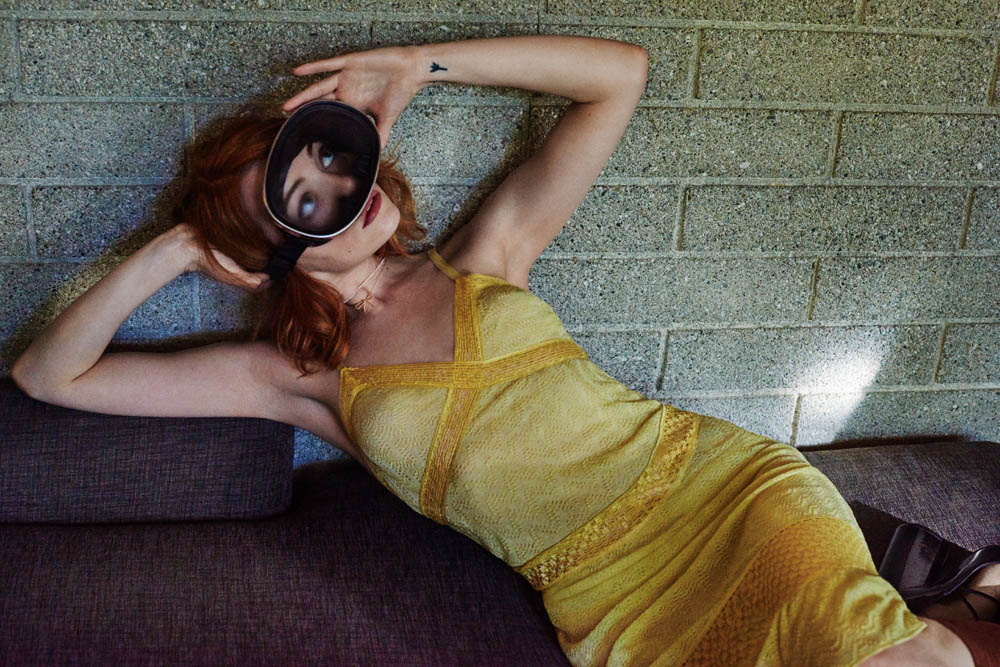 As one of the few people fortunate enough to have already viewed Stephen Cone's new film, "Henry Gamble's Birthday Party," which will be having various screenings around the country this year (including at BAMcinemaFest), I'm excited to report that it is one of the very best films I've seen so far in 2015. For more info on the picture, visit its official Facebook page.