"Jesus' Radical Politics": Boston Globe's Brandon Ambrosino argues that in Christ's "kingdom, enemies are loved, the marginalized prioritized, and wealth inequality exposed for the sham it is."

“The central claim of Easter — and indeed, of Christianity — has always been that the rejected, tortured, crucified, dead, and then resurrected Jesus is somehow Lord of the entire earth. If that doesn’t sound particularly scandalous today, imagine you’re hearing it for the first time while living in the Roman Empire. As many New Testament scholars argue, hearing ‘Jesus is Lord’ in the first century might sound suspiciously like a bold rejection of the standard Roman creed at the time: ‘Caesar is Lord.’ (There is a lot of discussion about this, but even a quick glance of the Gospels and Acts shows that the texts contain instances of anti-imperial rhetoric.)What’s radical about Easter, then, is not that Christians claim a dead man rose from the dead. What’s radical is what that means — specifically, what it meant for Rome, and, by implication, what it means for all kingdoms everywhere, including the ones we live in. Jesus’ resurrection marked the end of Caesar’s way of doing things. It established a new kingdom in which enemies are loved, the marginalized are given primacy of place, and the poor are blessed. In this kingdom, hierarchies are subverted, concentrated power is decentralized, and prodigal children are welcomed home. Black lives matter here, as do queer lives and the lives of undocumented aliens within our borders — ‘Remember the stranger in your midst’ is a common refrain in this kingdom.” 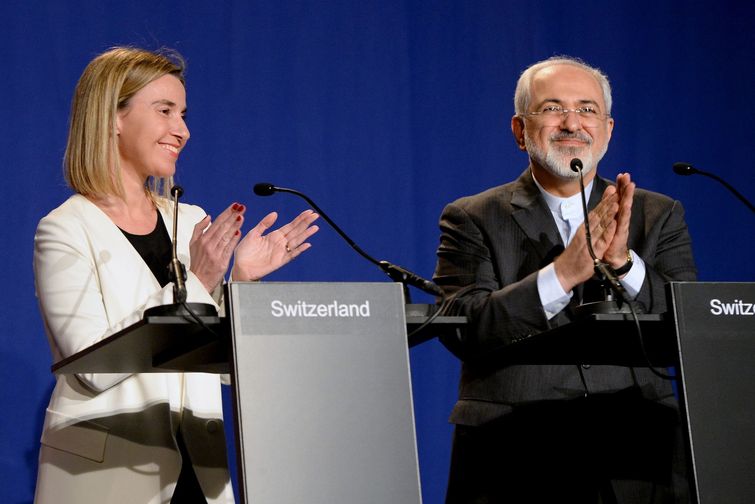 “A shorthand people sometimes use to evaluate the size of Iran's nuclear program is its ‘breakout time.’ If Supreme Leader Ayatollah Ali Khamenei woke up tomorrow morning and decided to kick out all of the inspectors and set his entire nuclear program toward building a nuclear warhead — to ‘break out’ to a bomb — right now it would take him two or three months. Under the terms of the framework, his program would be so much smaller that it would take him an entire year to build a single nuclear warhead. These terms are not abject surrender. Iran is allowed to keep a small nuclear program, and it won some concessions of its own. For example, what little uranium enrichment is allowed will be done at Iran's facility at Natanz — a hardened, reinforced-concrete structure that was once used for covert enrichment and that the US had hoped to close. Iran will also be allowed to do some research at Fordow, another hardened facility the US had wanted to close, though the research is restricted and will be barred from using fissile material. These are not big concessions, and they matter mostly for their symbolic value, but it's something. Still, when you look at many of the specifics laid out in the framework, the hard numbers and timetables and the detailed proscriptions, those all tend to be quite favorable to the United States.” 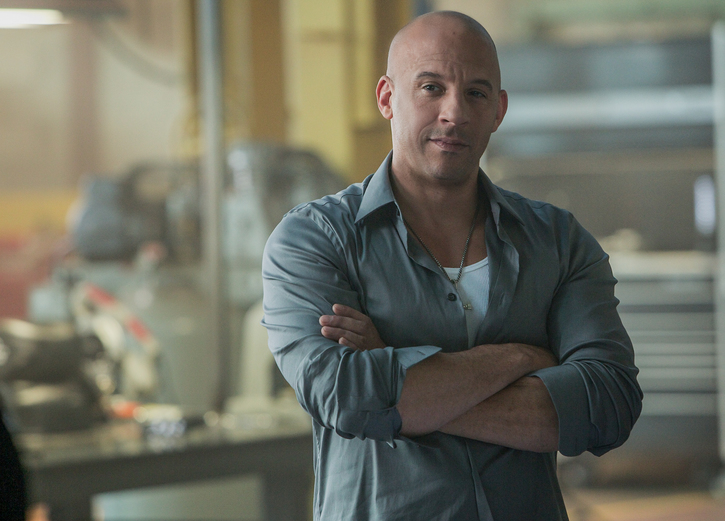 "'Furious 7,' 'Saw 3D,' And The Rare Hollywood Franchises That Made It To Part 7": At Forbes, Scott Mendelson takes a look back at films such as 1971's "Diamonds Are Forever."

“This is of course the seventh James Bond film, as well as the last ‘official’ 007 adventure featuring Sean Connery. George Lazenby didn’t entirely impress the fans in the otherwise acclaimed ‘On Her Majesty’s Secret Service,’ so producers offered Connery a whopping (at the time) $1.5 million to come back one last time. The gambit worked, and ‘Diamonds Are Forever’ basically doubled the $22m gross of the prior caper. The film is noteworthy for two reasons. First of all, it’s among the very worst of the James Bond films, a campy and oddly dull adventure that only comes to life in the grim prologue (which has Sean Connery racing to avenge the death of his murdered) and when Mr. Wint and Mr. Kidd are killing people. Secondly, it was the last time we’ll officially see James Bond tangling with SPECTRE and/or Blofeld (Charles Grey in this installment), as EON Productions lost the rights to the characters afterward. Of course, Bond will tangle with Special Executive for Counter Intelligence, Terrorism, Revenge, and Extortion this coming November in ‘Spectre,’ which will be the first time we’ve officially and legally seen said evil organization in 44 years. We can debate whether or not the franchise “started over” with ‘Casino Royale,’ but ‘Diamonds Are Forever’ is unquestionably the seventh installment of the ongoing franchise. It just happens to be Sean Connery’s worst outing and up there with ‘The Man With the Golden Gun’ and ‘Die Another Day’ as the series low point.”

"An 'A' for Effort": At Tyler Smith's indispensable site, More Than One Lesson, Josh Long reviews the new Christian film, "Beyond the Mask."

“This film is ambitious. Some would argue that it’s aiming higher than it can realistically achieve, but I think we should recognize the merit in trying. Christian film is still small-scale as a movement, and plagued with the same problems as most ultra-low budget indies. In trying to make something bigger, films like this one can help to push the movement forwards. It can be an agent for change, even if it isn’t a complete success. I haven’t seen ‘Pendragon,’ but ‘Beyond the Mask’ definitely seems like a step forwards to me. They’re hiring real, accomplished actors instead of using family members. They’re incorporating practical, often difficult, stunts and effects. Much of the technical side is strong, and Christian films need to be doing this if they want to be taken seriously. In all of these ways, this film is good for Christian cinema. Of course, good by Christian standards does not mean good by cinema standards. ‘Beyond the Mask’ fails to seem comparable to studio films of similar scale and story. General audiences and critics alike expect a certain standard from their films, and this one falls short in many ways.” 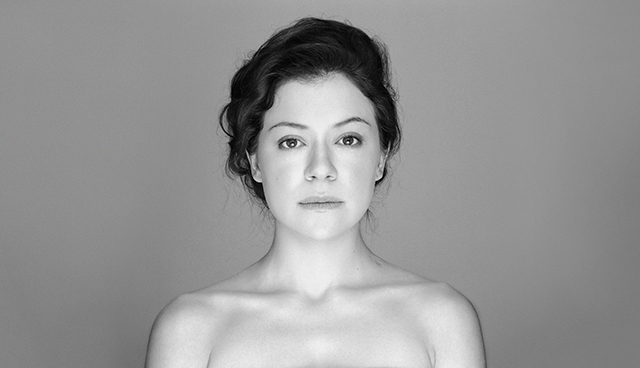 "The Many Faces of Tatiana Maslany": Lili Loofbourow of The New York Times illustrates how the actress's portrayal of clones on "Orphan Black" has "created TV’s strangest — and most sophisticated — meditation on femininity."

“When one person has spent so much time looking and the other has spent so much time being looked at, the imbalance creates strange social torque. I first laid eyes on Maslany in person while she was performing an intense scene as Sarah. Our normal relationship — spectator, spectated — was still intact. Compared with the rest of the clones, Sarah has swagger: Even under duress, she’s serious and cool. So when the scene ended and Maslany skipped, somewhat goofily, down the steps to say hello, I was caught off guard. All I could say for sure about the person whose hand I was shaking was that she seemed committed to resisting the informational asymmetry of fame. She looked back hard. Wavy-­haired and theatrically dirty, Maslany spoke in Sarah’s lower-class British accent between takes. (She kept it up until they broke for lunch.) She was warm and self-­assured and modest and frank. She exuded a contagious ease. In our very first conversation, we bonded over the unsung virtues of the adult onesie. ‘I had one that had the butt-­flap until after high school,’ she told me. I was as charmed as I was suspicious. Was it just another performance? Or an admission that she would prefer to be covered up? Great acting is as much about destruction — selective, temporary self-­annihilation — as creation, so it’s fitting that ‘Orphan Black’ starts with a suicide. Sarah happens to see a woman throw herself off a subway platform, and when she catches a glimpse of the woman’s face, she sees that it’s identical to her own. We quickly learn that Sarah, along with several other women, are clones — products of a long-­running clandestine corporate experiment. And all of them are in danger.” 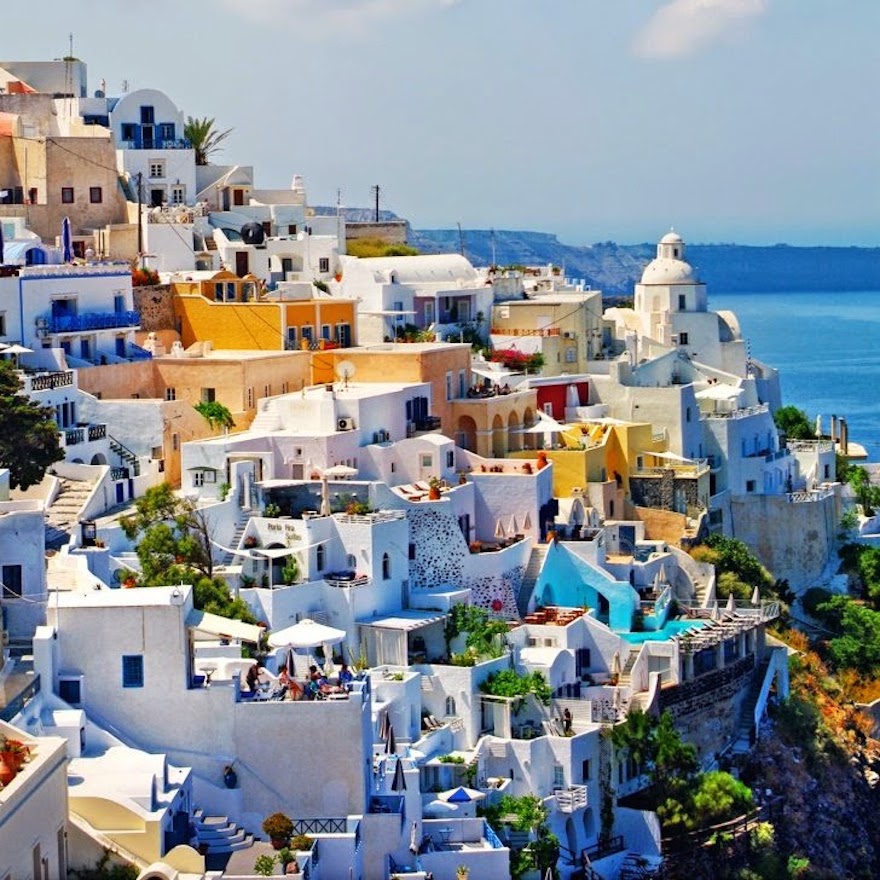 Earth Porm displays "11 Architectural Masterpieces You Need To See At Least Once In Your Lifetime," including Santorini, "one of the most beautiful destinations to explore Cycladic architecture" in Greece.