"In Explanation, Roger Ebert is Why I'm Here": A lovely tribute from veteran film critic Patrick McDonald at Film Autonomy.

“When I first walked into the Chicago film critic’s screening room in January of 2008, Film Critic Emeritus Roger Ebert was sitting there, in the seat where he always held court. I had met him only a couple times earlier, as just a film buff and longtime admirer. It was the first time I was able to join him as a fellow film critic, and it didn’t seem possible. The film was Woody Allen’s ‘Cassandra’s Dream,’ appropriate, as I was playing out my own cinema dream. After the film ended, I went over to Roger Ebert, knelt down – as if to be knighted – and said, ‘This is my first professional screening as a film critic, and I wouldn’t be here if it wasn’t for you.’ He looked up and squeezed my hand, as by that point cancer had taken away his ability to speak. It is impossible to communicate how that gesture filled my soul.Through the years, I saw him at that seat, and other movie theater seats throughout the city. We ‘spoke’ several times, but I couldn’t help thinking that this giant of cinema arts had to listen to everybody, but never could feed back, after years of being the most influential film critic and communicator in media history. He always listened and always gave his famous ‘thumbs up,’ if you happened to grace him with something he enjoyed. I remember a red carpet, where he and his incredible wife Chaz were walking towards me. He stopped, gave me the thumbs-up, and shook my hand as a colleague. I countered with, ‘you’re the handsomest man here tonight, besides me.’ He shook with laughter and pointed to me as if to say, ‘Thanks, pal.’” 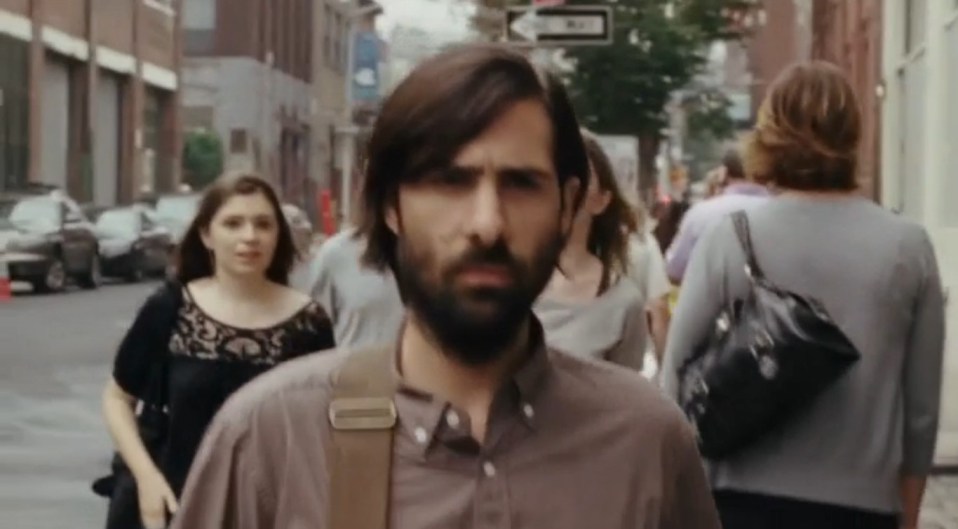 "Forever Remaining Mysteries, Even to Themselves: 'Listen Up Philip' and 'American Sniper'": An excellent essay from James Slaymaker at The Vulgar Cinema.

“The more time they spend indulging their self-aggrandizing fantasies within this insular occupational sphere, the further they retreat into themselves. Increasingly, Chris and Philip desire to be surrounded by fans and subordinates, as opposed to equals. Philip explains that he doesn’t want his students to see him outside of class, because it might taint their view of him as an authority figure. Finding that he’s looked down upon at the college due to his youth and lack of teaching experience, he opts to isolate himself rather than be condescended to, and Ike becomes his only close friend. Even when he’s on leave, Chris feels more comfortable spending his time with wounded war vets who look up to him as a hero than being at home. Late in each film, the protagonist encounters a tragedy that reveals the consequences their chosen lifestyle can hold: Philip discovers that his equally self-absorbed professional rival, Josh Fawn, has been driven to suicide; Chris’ brother is severely wounded in battle, and in hospital reveals that he tried to dissuade his fiancé from being tied to someone so intensely committed to the military. Despite momentarily vexing them, these events don’t snap them out of their self-destructive patterns of behaviour but encourage them to pursue them more aggressively. Philip seeks out a romantic relationship with someone he believes to be more befitting of his literary lifestyle – Yvette, a French literature professor. Predictably, his self-absorption, fear of rejection and subsequent weariness of emotional intimacy quickly leads him to sour this relationship as well.” 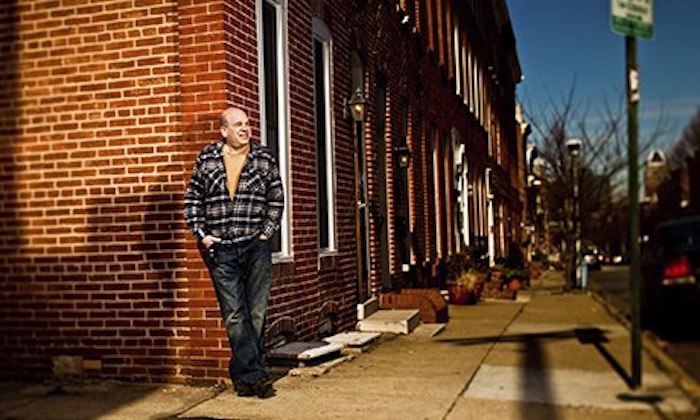 "David Simon: 'There are now two Americas. My country is a horror show.'": A speech delivered by the creator of "The Wire" at the Festival of Dangerous Ideas in Sydney and published at The Guardian.

“Labour doesn't get to win all its arguments, capital doesn't get to. But it's in the tension, it's in the actual fight between the two, that capitalism actually becomes functional, that it becomes something that every stratum in society has a stake in, that they all share. The unions actually mattered. The unions were part of the equation. It didn't matter that they won all the time, it didn't matter that they lost all the time, it just mattered that they had to win some of the time and they had to put up a fight and they had to argue for the demand and the equation and for the idea that workers were not worth less, they were worth more. Ultimately we abandoned that and believed in the idea of trickle-down and the idea of the market economy and the market knows best, to the point where now libertarianism in my country is actually being taken seriously as an intelligent mode of political thought. It's astonishing to me. But it is. People are saying I don't need anything but my own ability to earn a profit. I'm not connected to society. I don't care how the road got built, I don't care where the firefighter comes from, I don't care who educates the kids other than my kids. I am me. It's the triumph of the self. I am me, hear me roar. That we've gotten to this point is astonishing to me because basically in winning its victory, in seeing that Wall come down and seeing the former Stalinist state's journey towards our way of thinking in terms of markets or being vulnerable, you would have thought that we would have learned what works. Instead we've descended into what can only be described as greed. This is just greed. This is an inability to see that we're all connected, that the idea of two Americas is implausible, or two Australias, or two Spains or two Frances.” 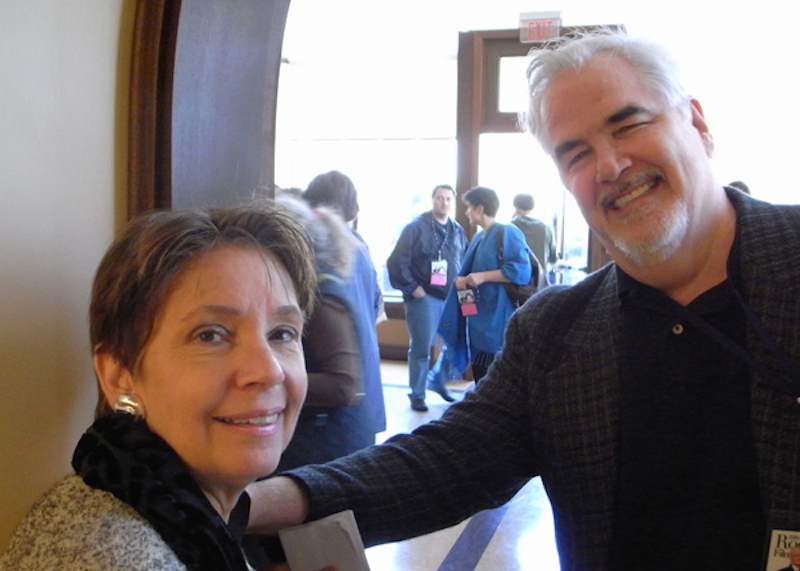 “Finally, something I return to often: Richard’s 1990 essay attacking (no politer word will do) TV movie reviewers. 'All Thumbs: Or, Is There a Future for Film Criticism?' castigates the tribe’s superficiality, their canned brevity, their reliance on clips, and above all their encouraging people to believe in quick judgments. Stars, numbers, grades, and thumbs are too easy. Richard bites Time’s corporate hand, complaining about snack-sized opinions in People and Entertainment Weekly. Against this trend he speaks for longer-form writing, pointing out that Sarris, Kael, and others had their impact because they could surpass the word limits mandated for most reviewers. It takes time to develop ideas that are subtle. Obvious, maybe, but tell that to the young blogger who insisted to me that a review ought to take no more than 100 words. Roger Ebert was a target of Richard’s piece, and he replied in a courteous counterblast. Yet the men were fast friends. Richard did friendship superbly, with an effusive generosity. Just out of college, I submitted a couple of articles to the new Film Comment, and to my astonishment Richard accepted them. As I turned more academic, I stopped offering pieces to the magazine, but Richard–who could easily have become a film professor himself–didn’t hold it against me. When I came to New York a few years later for a job interview that proved disastrous, Richard and Mary were the only friendly faces I encountered, and lunch at their apartment, larded with gossip, was the high point of that visit.” 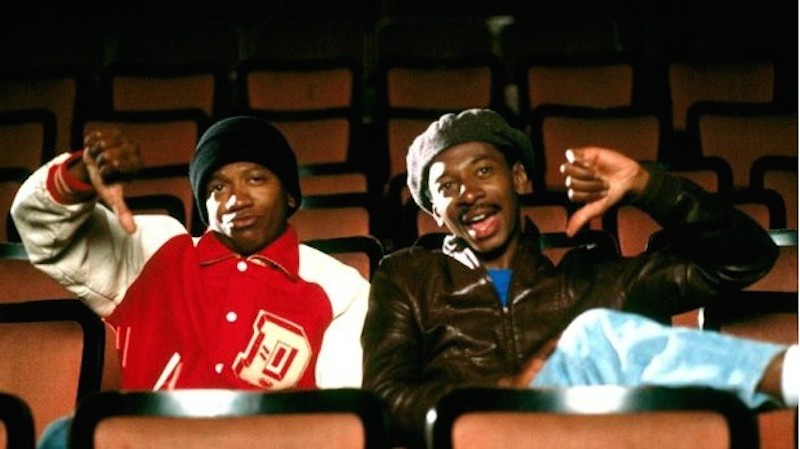 "'They Only Do One Black Movie a Year': Robert Townsend on 'Hollywood Shuffle'": An interview with the actor and comedian about his landmark 1987 film, conducted by Jim Hemphill of Filmmaker Magazine.

“Filmmaker: ‘Were you editing as you shot, or did you get all the footage in the can first and then begin the editing process?’ Townsend: ‘We were editing as we went along. The craziest thing is, when we first started editing we were working out of a porno house in Chatsworth. I was in a small room with twelve other editors who were all working on pornos while I cut ‘Hollywood Shuffle,’ so I would hear moaning and ‘Put your leg up!’ ‘Turn your head around!’ These guys would be sitting around smoking cigars and editing ‘Deep Throat 12’ or something.’ Filmmaker: ‘Once you had it put together how did you get it out into the world? There weren’t as many big festivals back then where you could launch an independent film.’ Townsend: ‘No, but there were some players then that don’t exist now that were interested in indie film, like Island and a few others. We just started screening it for those companies, and I think our third screening was for Samuel Goldwyn’s company. Sam – God bless him, he passed away recently – he said ‘I don’t know what a Jeri Curl is, but that’s funny!’ And that film took me around the world, man – I went to Germany, France, England, Norway…I remember sitting with Johnny Carson, whose show I always wanted to do. As a stand-up, that’s the dream, and there I was, on Carson showing a scene from this movie I made in my apartment.’ Filmmaker: ‘Did you get any kind of reaction from Siskel and Ebert to the ‘sneakin’ into the movies’ scene? Townsend: ‘Roger Ebert loved it. He would wag his finger at me when we would run into each other at film festivals and say that even though we were making fun of him he thought it was great. Recently I saw his wife at the premiere of Steve James’s documentary on Roger and shared a beautiful moment talking with her.’”

This graffiti by Banksy was placed near the offices of Britain's eavesdropping agency, Government Communications Headquarters, and is featured in Tom Lowenthal's piece, "Surveillance forces journalists to think and act like spies," at Committee to Protect Journalists.

Check out the pitch video for "Accidents Waiting to Happen: The 12 Rods Story," a documentary from stellar filmmaker James Francis Flynn, that is aiming to raise $15,000 by May 8th on Kickstarter (click here to visit its official Kickstarter page).