"'Bad at Dancing' by Joanna Arnow": Jason Sondhi pens an essay on Arnow's Berlinale prize-winning, NSFW short film now streaming online at Short of the Week. Her excellent feature, "i hate myself :)", is also available to rent on VOD. Click here to read my 2015 interview with Arnow about both films at Indie Outlook.

“What does Isabel gain from this relationship? It is a good question, and the answer one arrives at is likely to be different depending on who you are. For me, Isabel is buoyed by a sense of superiority to Joanna, yet is also sucked into the vortex of Joanna’s self-involvement, within which Isabel can never be the star. As odd as it is to realize given Arnow’s attempts to paint herself in an unflattering light, there is a charisma to Joanna that is undeniable. Isabel wrestles with the uncomfortableness of needing Joanna for her positive self-image by play-acting altruism—being endlessly patient, and serving as Joanna’s “wingman” on nights out. Yet, being  rebuked in the bathroom by Joanna after serving up what she felt was an innocent compliment, Isabel is frustrated that her condescending efforts do not win her gratitude. Forgive this critic his lazy comparison to a more famous piece of work, but ‘Bad at Dancing’ pushes Lena Dunham’s ‘Girls’ to its logical endpoint. The themes of female friendship and the messiness therein are obvious comparisons, as is the self-absorption and frank depictions of non-idealized female sexuality. But whereas the plot machinations of the long-running HBO show ended up obfuscating the central relationships, Arnow utilizes sex as a piercing entry-point to genuine insight into fluid female relationships.” 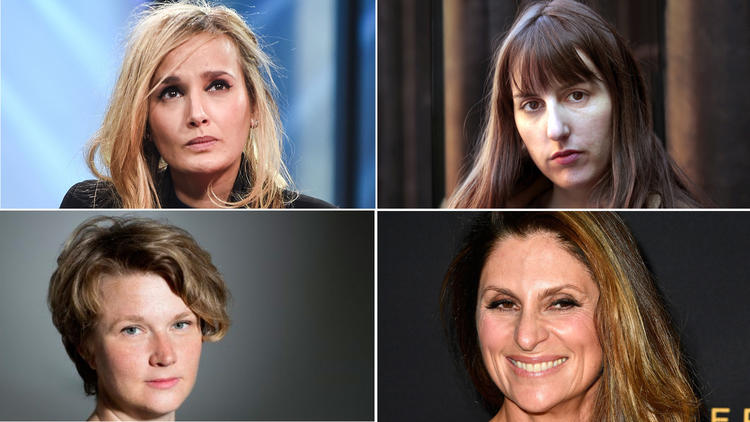 “‘I never think of myself as just being a female director,’ says France’s Julia Ducournau, whose recent film ‘Raw’ tells the story of a lifelong vegetarian who develops a taste for raw flesh after a hazing at her veterinary college. ‘I see myself as being a director and that's it. It just so happens that I'm a woman.’ But sometimes, things happen that don’t let them forget Hollywood’s gender disparity. For some, the reminder might come after they’re mistaken for a production assistant for the umpteenth time. For others, it’s during the meeting with the studio head who says he just doesn't think she's ready to make the ‘budget leap.’ But for Ry Russo-Young, it was while making small talk in a studio lobby that she first felt the whisper-soft tentacles of gender discrimination. ‘I get there, and I'm talking to this person and he's a white guy with less experience than me,’ she recalls. ‘Quite a bit less. I've been in the industry for 13 years, he's been in it for five. And I find out he's meeting with the head of the company, the top person. Sounds like it's a meeting between just the two of them.’ Russo-Young herself was there to meet with four of the female executives who answered to the company head. ‘It's not that these women aren't powerful, but they couldn't do anything without that guy's say-so,’ she says. ‘So I still have to meet that guy. And if I had just sat down with that guy, it probably would have been a better use of my time and my likelihood of getting hired would've been higher because we'd had face time. But the guy gets an hourlong meeting with the top dog where they're bonding, and I never get that meeting. And I don't understand why not. Do I think if I was a white guy I would get that meeting? Absolutely.’” 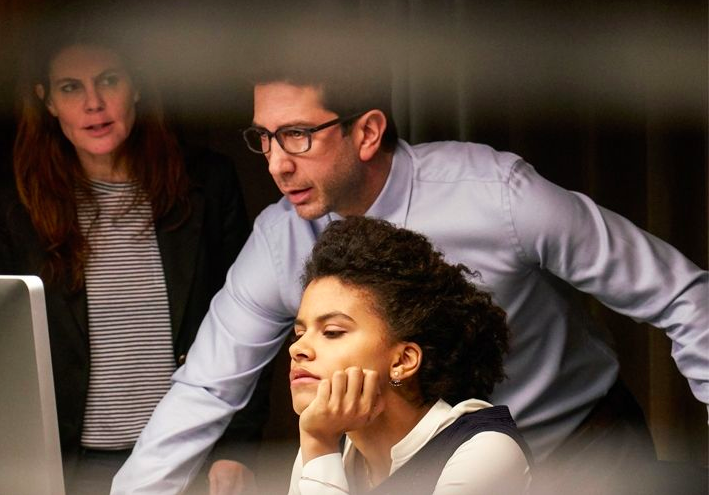 “In December 2016, Israeli-American director Sigal Avin wrote and directed five short films depicting instances of sexual harassment by men on women. The shorts, released in Israel, were based on real-life stories, including one from Avin, who was harassed by ‘a very famous star’ when she was starting out as a playwright nearly two decades ago. In January, Avin approached her friend David Schwimmer about adapting the films for distribution in the U.S., because just like in Israel, there was little to no visual material to combat sexual harassment in America. ‘I realized that I really wanted to see what sexual harassment was instead of hearing about it and reading about it all the time,’ Avin tells me. ‘There was nothing on it, everything was much more violent, or unreal, but there was nothing that showed the gray area of sexual harassment.’ From there, Schwimmer enlisted the help of Mazdack Rassi, co-founder and creative director of Milk Studios in New York City, where all six videos (four adapted from the Israeli series, plus two others) were shot over one single weekend with actors like Cynthia Nixon, Emmy Rossum, Cristela Alonzo, and Schwimmer himself. They called the video series, which launches today, #ThatsHarassment. The videos aren't meant to be viewed in any particular order. What bonds them is that each features a subtle moment in which the interaction changes, when each man — the Actor, the Boss, the Coworker, the Doctor, the Photographer, the Politician — oversteps his boundaries in a way that completely demoralizes the woman he’s talking to.” 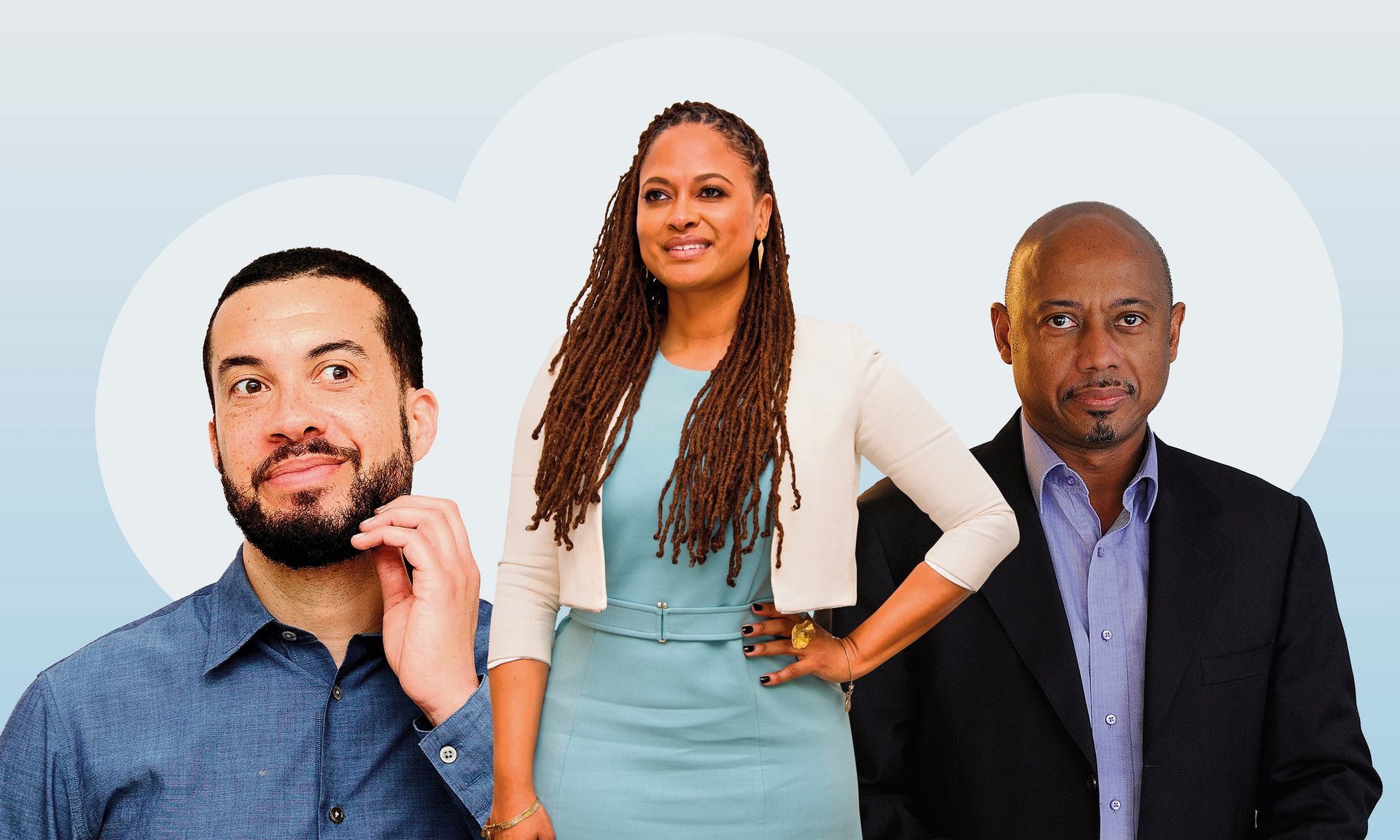 “What’s striking is that, with the exception of Roger Ross Williams, these directors have all made documentaries dealing with facets of African-American history. And as we all know, race relations in America are not in a good place – #OscarSoWhite was just the tip of a great white iceberg. In tandem with debates over representation in the film industry, the landscape outside has been riven by racially motivated killings, police brutality, racial injustice, riots, protests and counter-protests, all exacerbated by a white supremacist movement that’s travelled all the way to the White House. In this light, African-American documentary is a powerful tool. If you wanted to unpick America’s creation myths, in fact, it’s hard to think of a better triple bill. As James Baldwin, one of America’s most eloquent and incisive writers on race, says in ‘I Am Not Your Negro,’ ‘the history of the Negro in America is the history of America, and it is not a pretty one.’ What’s at stake is the control of history. The authority to reframe it, reinterpret it, rewrite it. ‘Baldwin said history is not the past; history is the present,’ says Peck. ‘You are your history. It’s something that is always moving and, by the way, it is not multiple histories – we have exactly the same history. We are seeing it from different angles. What Baldwin tells us is we all need to teach our part of that history and take our responsibility for it.’”

"How the Neighborhood That Inspired 'The Wire' Is Pulling Its Residents Out of Poverty": As reported by Cecilia Garza and Araz Hachadourian of YES! Magazine.

“It was 1993, and Baltimore was dealing with decades of economic disinvestment that left the area desolate and blighted, a prime environment for crime. Two-thirds of the properties in the neighborhoods surrounding Bon Secours were vacant, said Kleb. He refers to those blocks as a ‘disinvestment gap’—an area left vacant due to economic decline. The foundation decided to do something about it. By 1995, the hospital had bought 31 of the 67 vacant properties, including an unused school. With this expanded neighborhood presence, it made three public commitments: It would renovate the homes as affordable housing; do something with the school that would help families; and stop making unilateral decisions about its activities in the area. Bon Secours developed a steering committee of representatives from the surrounding neighborhoods, including preachers and local business owners. Today, the old school is a center for young children and the vacant apartments have been renovated as affordable rentals. Bon Secours, without realizing it, had adopted a strategy that in the following decades would boost the economies of many areas hit by disinvestment, poverty, and unemployment. It had taken on an ‘anchor mission.’ Anchor institutions are large entities like universities, hospitals, and museums that command vast budgets for hiring, purchasing, and real estate development. While anchors traditionally avoid risk and purchase from whatever company offers the best deal, an increasing number have begun to direct business and resources toward local enterprises and to develop workforces composed of locals.” 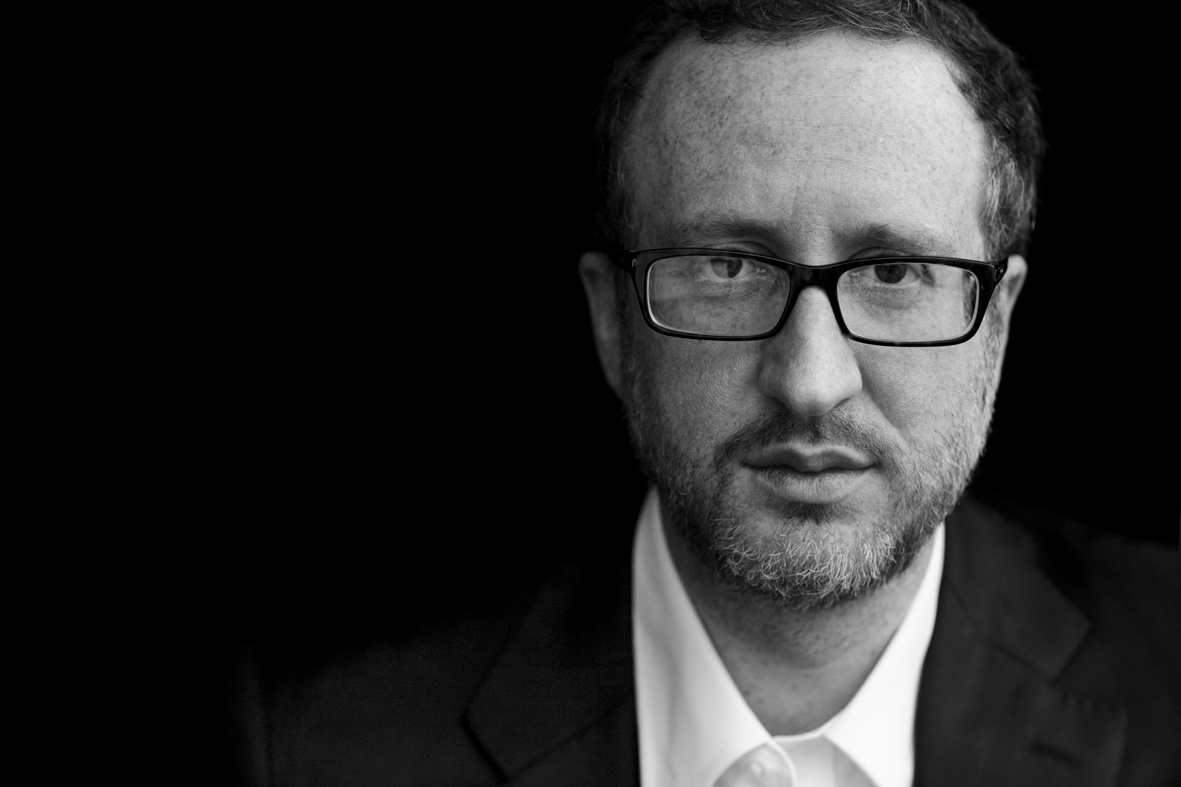 On his invaluable Talk Easy podcast, Sam Fragoso chats with filmmaker James Gray about his latest film, "The Lost City of Z." Click here for their in-depth conversation.

Here is the first episode of Rebecca Davey and Marie-Claire Marcotte's thoroughly enjoyable new web series, "Running With Violet." To check out all ten episodes of Season One, as well as a wide array of behind-the-scenes featurettes, click here. Last year, I interviewed the show's director, Lindsay MacKay, about her magnificent debut feature, "Wet Bum" (you can find our full conversation at Indie Outlook).