"There's no universal 'right age' for 'Aliens,' or any other movie": The Dissolve's Tasha Robinson thoughtfully responds to RogerEbert.com Editor In Chief Matt Zoller Seitz's hugely popular article, "Notes on watching 'Aliens' for the first time again, with a bunch of kids." Related: Sam Adams publishes the Criticwire Survey, "My First Inappropriate Movie."

“Parents who’ve had to deal with their kids’ anxieties, nightmares—and often worse, night terrors, which seem even more irrational, traumatizing, and difficult to contend with—have every reason to want to keep those kids away from scary stuff. That said, kids adjust fast and develop fast, and today’s big traumas are tomorrow’s vague memories. It’s also virtually impossible to entirely protect kids from cultural-related scares. Back at The A.V. Club, when I ran the weekly reader-and-staff survey AVQ&A, one of my favorite columns came when a reader copped to being terrified by something that happened in 'Ernest Scared Stupid,' and asked other readers for their childhood cultural-trauma experiences. The comments were illuminating: Kids of a certain age get frightened when they first encounter discordant sounds, or angry-looking Muppets like Oscar or Sweetums or the yip-yip aliens, or anything that breaks their basic understanding of how people look and act. (‘The Spider-Man from ‘Electric Company’ was really scary. No mouth hole, didn’t talk. I was scared yet mesmerized.’) Twelve hundred comments later, it became pretty clear that childhood fears are very personal and specific—and unavoidable. Kids protected from ‘Aliens’ may just as well find Disney movies unnerving, if those are the scariest films they’ve ever seen.” 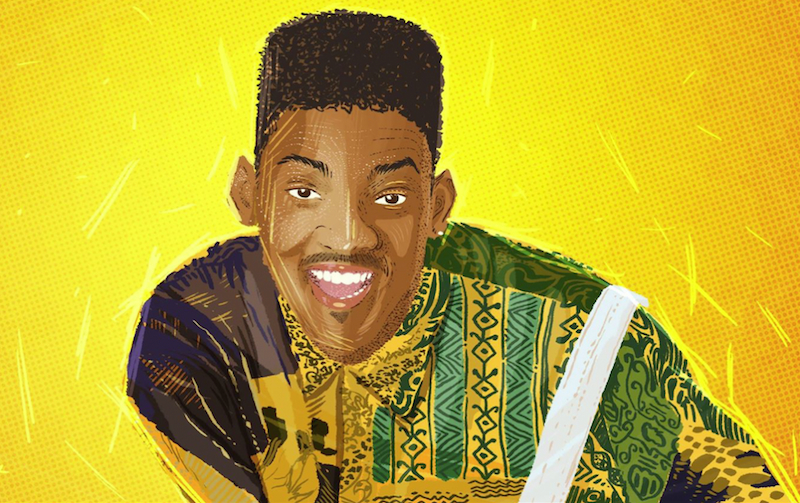 "The Rise of Will Power": Movie Mezzanine's Adam W. Hofbauer charts the career of the blockbuster icon in this terrific article accompanied by yet another sublime illustration from our FFC, Krishna Shenoi.

“From the cartoonish histrionics of his first music video to the affability of his most recent talk show appearances, Smith is forever lifting the mask of his fame to reveal the face beneath it. As he has matured, Smith has gone from fool in emperor’s clothes to movie star tempered by humility. In a recent conversation with Esquire, he comes across as honest and vulnerable. He talks about his past and his perspective on massive wealth, and it’s tempting to identify with him. He has been with us for decades. We have watched him mature with more consistency than some of our own relatives. We must know him by now. But Will Smith lives on a razor’s edge between constant visibility and unreachability. The endurance of his appeal lies in his ability to maintain the illusion of intimacy while never quite turning his face to us. It’s a position that echoes Smith’s first high-profile cinematic role, the young conman in ‘Six Degrees of Separation.’ If Smith sees his career as a slow maturation process from West Philadelphia semi-poverty to global recognition, one notable scene in ‘Six Degrees’ mimics that process in miniature. We spend half the film watching Smith as the clearly duplicitous Paul, a man who plies sympathy from a pair of Manhattan socialites. The narrative then snaps into Paul’s past to reveal him as anitinerant thief taught upper-crust mannerisms by a bitter, trust-fund preppy. Smith begins in his drawling, relaxed cadence, the one-liner-spewing braggadocio familiar from his rap and sitcom career and soon to be on full display in ‘Bad Boys.’ We watch the character, and perhaps Smith, literally learn to act. Just a few scenes later, he is teaching an embryonically young Heather Graham how to pronounce ‘bottle’ and ply the rich with gifts of fancy jam. The character’s end comes with what seems like a heartfelt plea to a wealthy matron (Stockard Channing) who has discovered his deception. He will reveal everything to her, if only she will care for him again. It was a desperation that Smith invested so deeply he reports actually falling in love with Channing. But he never wholly drops the veil, holding on to vestiges of the performance, to assertions and mannerisms that we know to be fabricated, until the line between real and imaginary is demolished.” 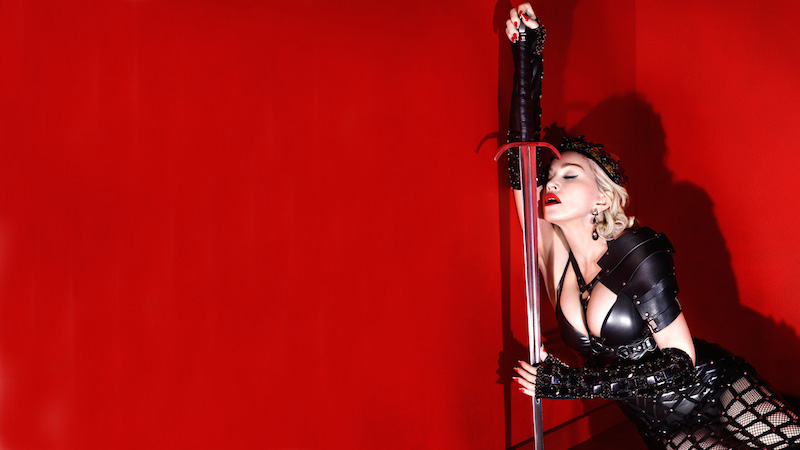 “Generally I start by choosing producers to work with, which determines the direction the overall sound is going to go in. But this time around, my goal from the very beginning was just to write good songs that don’t require any production to be felt or understood. I wanted to be able to sit in a room with a guitar and play the song from beginning to end and have it be as impactful as if you heard the studio version with all the bells and whistles. In the beginning I was writing songs with Avicii, whom everyone associates with EDM, but I worked with his team of writers and everything was very simple—vocals and piano, vocals and guitar. It almost had a folk feeling to it. It wasn’t until I got about halfway through the album that I started thinking about sounds, and that’s where Diplo came in. He started adding these monster beats and punch-you-in-the-stomach bass sounds and 808s like you’ve never heard before, and that pushed me in a certain direction. Then I looked at the songs I had that still didn’t have producers and started asking around for people I thought it would be fun to work with. I wanted to work with a hip-hop producer, but not a conventional hip-hop producer, and DJ Dahi had worked on a Kendrick Lamar record that I really liked. Then [Diplo] brought Blood Diamonds into the picture, and I’d never heard of him before. It was like a train that started moving: Along the way, new people would get on while other people would get off for a while only to return again later. So not only was I the primary songwriter, but I was also the schedule keeper trying to manage the comings and goings of crazy DJs who all have ADD. [laughs]” 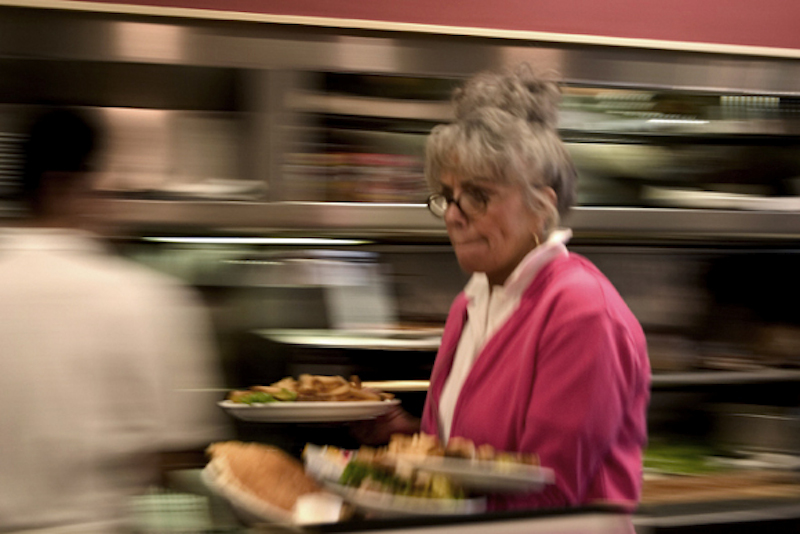 "Waitress Anthropologist Candacy Taylor Goes Beyond 'the Counter'": KCET's Ted Quinn explores the work of his friend, an accomplished artist and photojournalist.

“Candacy's choice for meeting at the Western Coffee Pot is not a surprise. Diners have been a major focus of Candacy's attention since 2000, as a grad student at San Francisco College of the Arts, when she began collecting images of waitresses, while working as one at Blowfish Sushi. After graduation, she continued on at Blowfish, for the freedom of schedule it allowed, along with travel - and decent wages, an attractive position for a single woman in her thirties. Nonetheless, she knew, first hand, the exhausting nature of the work. ‘How do these women in their 60's do this?’ she asked herself.’ After five years of research, I believed that they actually loved their work. Some tried to retire but could not. These were women of the generation who were raised to believe that a man would take care of them. Many of them are divorced. They found that they could raise their kids on a waitresses salary.’ Candacy was drawn to the idea of telling these women's stories, not as an academic, but as a fellow waitress; the career waitresses, over 50 years of age, who had worked for decades with very little vacation, and whose only complaints had to do with the younger, less experienced servers. ‘Many of them had been working in the same place since 1969.’ Strictly professional, ‘they could develop friendly, longterm relationships with their regular customers.’” 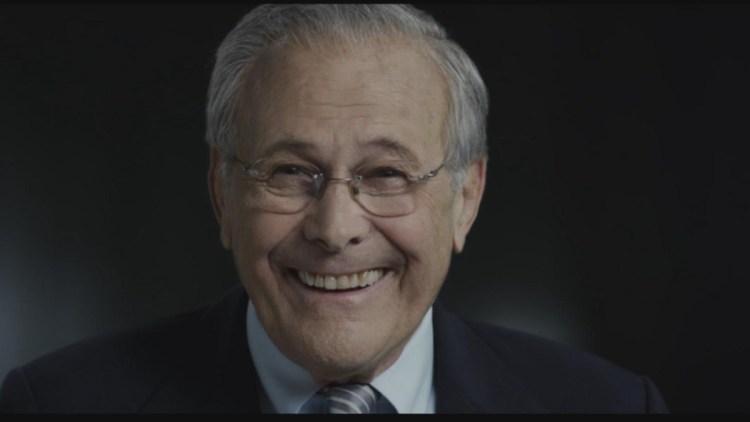 “Morris’s movies have come to seem like polygraphs, and Morris has come to seem like a one-man lie detector. After his first two movies, in the late 1970s and early 1980s, he spent time working as a private investigator, and his hunt for answers, for truth, is a partial source of the exhilaration in a typical Morris movie. Sometimes the case seems too unwieldy for Morris’s dismay to do its best. So it was with 2008’s ‘Standard Operating Procedure,’ which conjures the immense moral horror of the prisoner abuses at Abu Ghraib but never reconciles its fascination with and repulsion by the grotesque staging of guards and prisoners captured in photographs. That was a movie in which Morris’s senses of humanity and outrage could never locate even a speculative explanation, let alone a concrete answer, for what the images were saying. He seemed caught off guard by the surrealism of the scandal. It’s worth noting that, under the circumstances, the prison’s American soldiers who sat for Morris in ‘Standard Operating Procedure’ seem ill at ease with the directness of Morris’s shooting style. The Interrotron doesn’t bring them to life. It seems to close them off. That film might have doubled as preparation of sorts for dealing with Rumsfeld, the war’s Cheshire cat. But Rumsfeld seemed inexorably himself in last year’s ‘The Unknown Known,’ shielded as ever by tautologies. He permits Morris to hunt him because he knows he’ll elude capture — or because, in his mind, there’s nothing to catch. What was more astounding than any sort of trap that Morris might have set for Rumsfeld is that one of the chief architects of the Iraq War emits a kind of Fred Rogers warmth.” 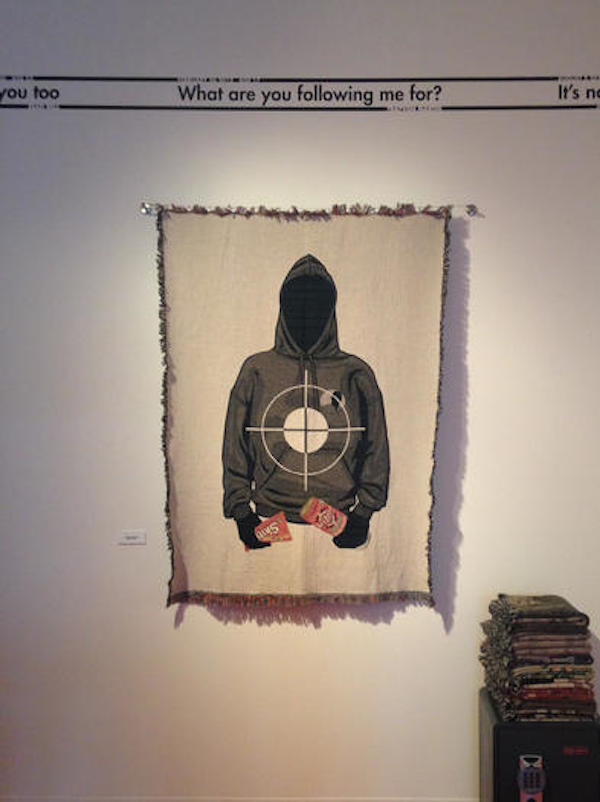 Nash Edgerton directed this music video for "The Night We Called It a Day," from Bob Dylan's new album, "Shadows In The Night."