"Amy Pascal Lands in Sony's Outbox": Michael Cieply and Brooks Barnes of The New York Times report on Pascal's resignation from her post as the top film executive at Sony Pictures Entertainment.

“Ms. Pascal had been in contract renewal talks for months, well before hackers in December made available private correspondence in which she made denigrating remarks about President Obama’s presumed preference for black-themed movies. She profusely apologized, and top studio executives stood behind her in the aftermath. But the pressures of the hacking crisis, coupled with structural changes at the studio, made alternatives to renewing her contract more attractive. She will leave her positions as co-chairwoman of Sony Pictures Entertainment and chairwoman of Sony’s motion picture group in May, the studio said, and accept a four-year production deal that will involve her making some of Sony’s biggest planned films. For the moment, her resignation consolidates power over Sony’s film operation under Michael Lynton, chief executive of Sony Entertainment. He is expected to decide in the next few months whether any successor will precisely match Ms. Pascal’s role, or will function differently at a studio that has been cutting costs and shifting focus toward both television and global crowd pleasers driven by special effects. She was neither pushed to leave nor begged to stay, and Ms. Pascal’s decision to move on crystallized over the last two weeks, said people briefed on the matter, as Sony offered the producing deal as an option. She also came to a realization, perhaps long overdue, that her romantic notion of the movie industry — built around stars and stories — no longer fit with new realities.”

“Being made to feel desirable is often the biggest turn-on, and Christian Grey, who constantly tells Anastasia how irresistible she is, wants his new lover so much he will sacrifice anything, even his defining obsession, to win her. Not to mention give her earth-shattering orgasms, a noteworthy talent when the great majority of American women say they have trouble climaxing from intercourse alone. Given the prevalence of female sexual frustration in a culture that prioritizes male needs, it’s hardly surprising that many women are aroused by a hero who drives a girl who never even masturbated into a state of constant sexual ecstasy. Even for those of us who don’t fantasize about being paddled or whipped, the idea of an infinitely patient, adoring, and skillful lover may seem like the ultimate aphrodisiac, if not the impossible dream. As for the bondage part, well, that’s nothing new. ‘BDSM has existed since Roman times,’ says Perel. In fact, because virtually all cultures stigmatize unrestrained female sexuality, coercion has always featured prominently in sexual narratives. For some women, being forced to have sex alleviates guilt, a major reason for the existence of rape fantasies. ‘One appeal of submission for women is the desire to feel highly sexualized without taking responsibility for it: ‘It’s not my fault I’m this turned on, it was imposed on me,’’ explains Dr. John Jacobs, a psychiatrist and author of All You Need Is Love and Other Lies About Marriage. For women and men, he says, ‘there’s a desire, perhaps built into the human psyche, for both being in control and at the same time not being responsible.’” 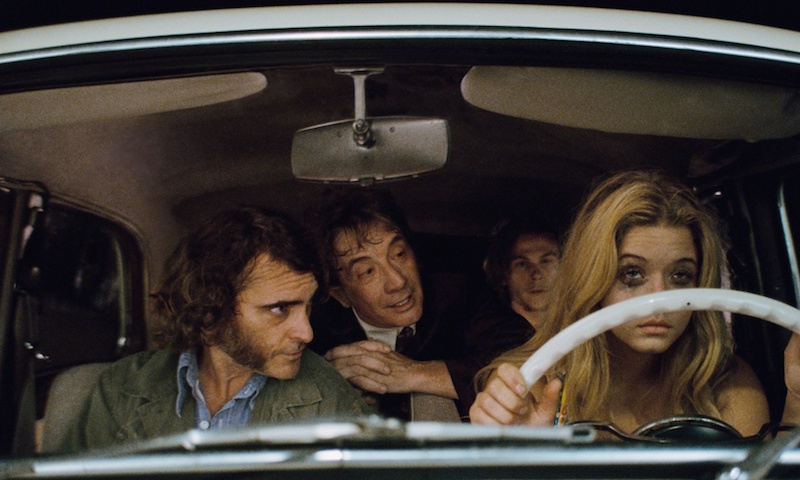 "Inherent Vice walkouts: how to make a film your audience will be dying to leave": Steve Rose of The Guardian offers his hypothesis on why Paul Thomas Anderson's latest has been a baffling experience for many filmgoers.

“It’s not as easy as it looks to make a great walk-out movie, but Paul Thomas Anderson has cracked it. Inherent Vice is this season’s mustn’t-see experience. ‘Walked out of Inherent Vice. Understood so little of plot or dialogue, I worried I’d had a stroke’ tweeted Philip Hensher. ‘Only the third film I’ve ever walked out from’ Hardeep Singh Kohli didn’t rave. Even our own Owen Jones ‘lost the will to live’ and left half-way through. The internet is buzzing with similar reports: ‘Saw Inherent Vice and at least a quarter of the audience walked out’, ‘I couldn’t sit through more than an hour of Inherent Vice’. ’50% walk out rate is highest I’ve seen in a while.’ Engineering such discord is actually harder than making a blockbuster. Let us count the factors.”

“As part of a segment that lasted two minutes, on a newscast that features approximately 19 to 20 minutes of actual news, Williams showed footage from that day in 2003 — and from the professional hockey game that Williams took Terpak to last week. In the video shown to millions on the ‘Nightly News,’ Williams was repeatedly in the frame too, wrapped literally and figuratively in an embrace by a man cheered by thousands at Madison Square Garden as a military hero. It is an embrace that Williams has welcomed and cultivated as part of his persona. His stint in Iraq was his final spur to earn as a correspondent before inheriting the NBC anchor's desk from Tom Brokaw in what was one of the smoothest transitions ever engineered in the network news business. Indeed, Williams is currently a member of the board of the Congressional Medal of Honor Foundation, which helps raise money for the activities of the society that bestows that award on noncommissioned officers and service members. It is not an accident that the continuing celebration of Williams' decade mark as NBC's chief anchor plays up his time covering combat with images of him in flak jackets. It can be hard to separate Williams' clearly deep-seated appreciation of the troops from the network's need to promote him as a star amid a bruising ratings competition with ABC. NBC's ‘Today’show, the news division's chief moneymaker, has been pushed into second place; Williams is battling to maintain ratings supremacy for his show. Internal intrigue has once again become fodder for New York tabloids. Yet this was an unforced error. What he said last Friday was no slip of the tongue: Williams had told the same story, with a dramatic flair, on David Letterman’s ‘Late Show’ two years ago. Williams made similar remarks when he spoke to the Council on Foreign Relations in 2005, according to The Los Angeles Times.” 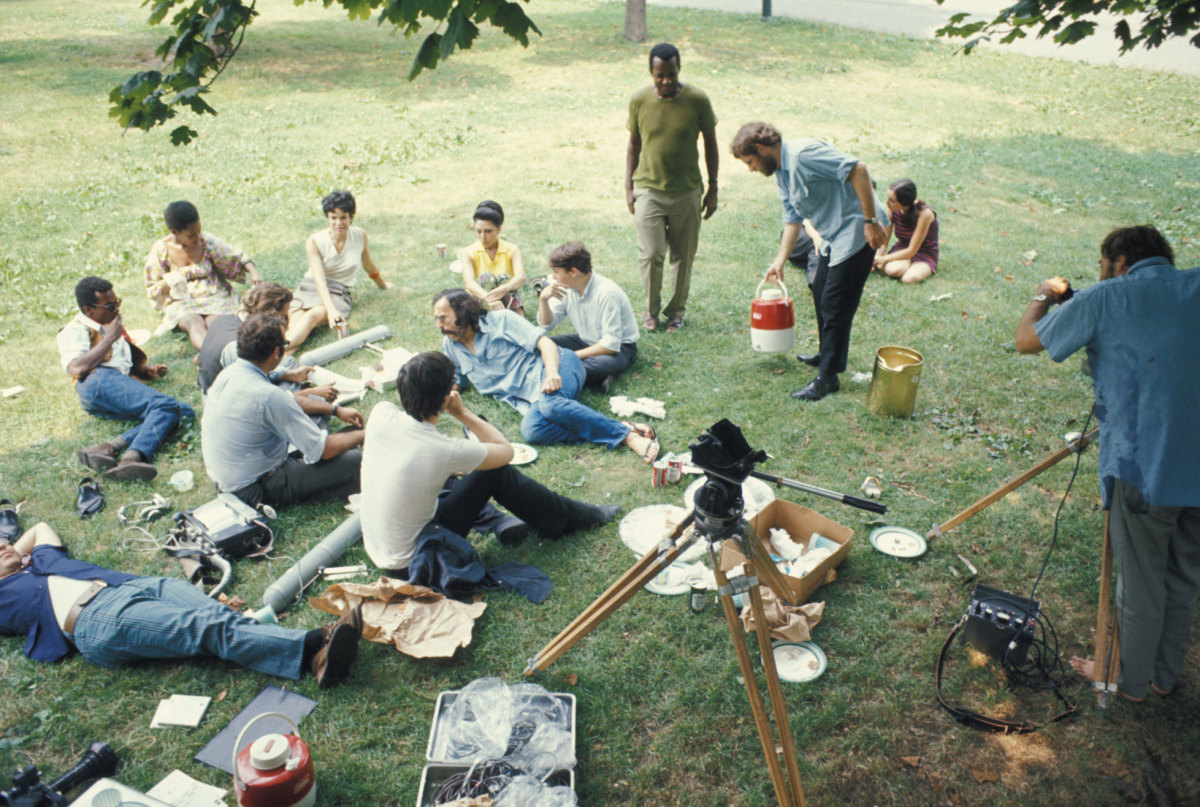 “A special and unexpected delight was the presence of Greaves’s widow, Louise Greaves, and his son, David Greaves (who co-edited the film with him), who took part, from their seats among the audience, in the discussion. Here’s the story that Louise Greaves told. (Greaves himself tells a version of it in his 1994 interview with Scott MacDonald in ‘A Critical Cinema 3.’) After completing the film in 1971, William Greaves believed that he had made a masterpiece, and that the only place to première it was the Cannes Film Festival. So he carried the print to France himself, where it was screened for programmers. The projectionist made the mistake of showing the reels out of order—though, as Louise added, the film would likely have been hard for them to grasp even in its proper order. The film was turned down. Greaves came home, figured he had made a mistake, and put the film in his closet. Flash ahead, Louise Greaves said, to the early nineteen-nineties. The Brooklyn Museum was organizing a complete retrospective of Greaves’s films. The curator, having seen all of Greaves’s films that had been released, asked whether there was anything else. He explained that there was an undistributed film that she needn’t bother with, but she told him that she didn’t mind, it was her job to see everything. Upon viewing it, she declared that this film, ‘Symbiopsychotaxiplasm: Take One,’ was the one for the opening night of the retrospective. Louise Greaves didn’t name this inspired and inspiring curator, who is a secret hero of the history of cinema.” 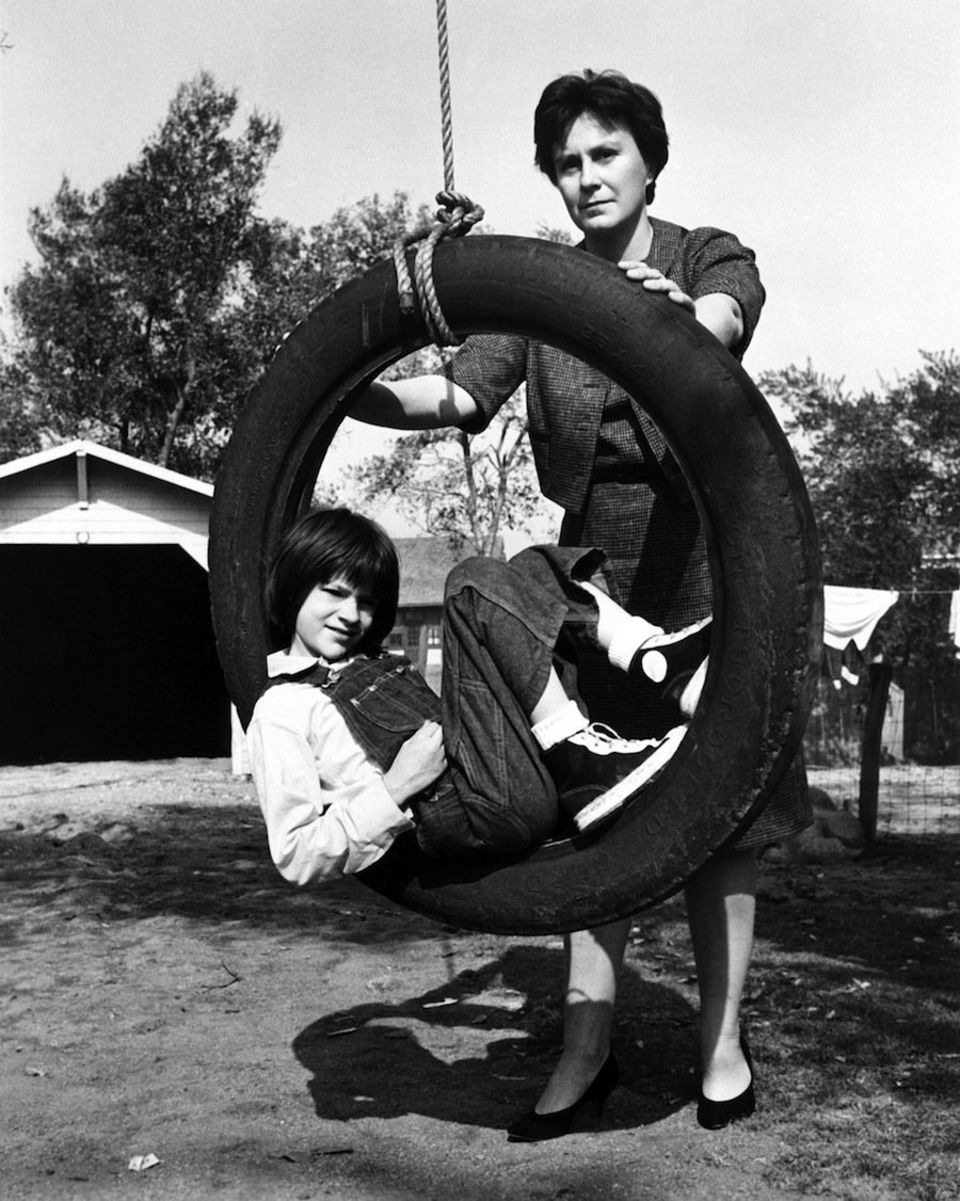 Author Harper Lee with actress Mary Badham on the set of Robert Mulligan's Oscar-winning 1962 screen adaptation of her 1960 literary masterpiece, "To Kill a Mockingbird." Alec Harvey of AL.com reports on the controversy surrounding Lee's "Mockingbird" sequel set for release this year.

WETA Workshop presents a sneak preview of the model work for its upcoming feature, "Thunderbirds are Go."