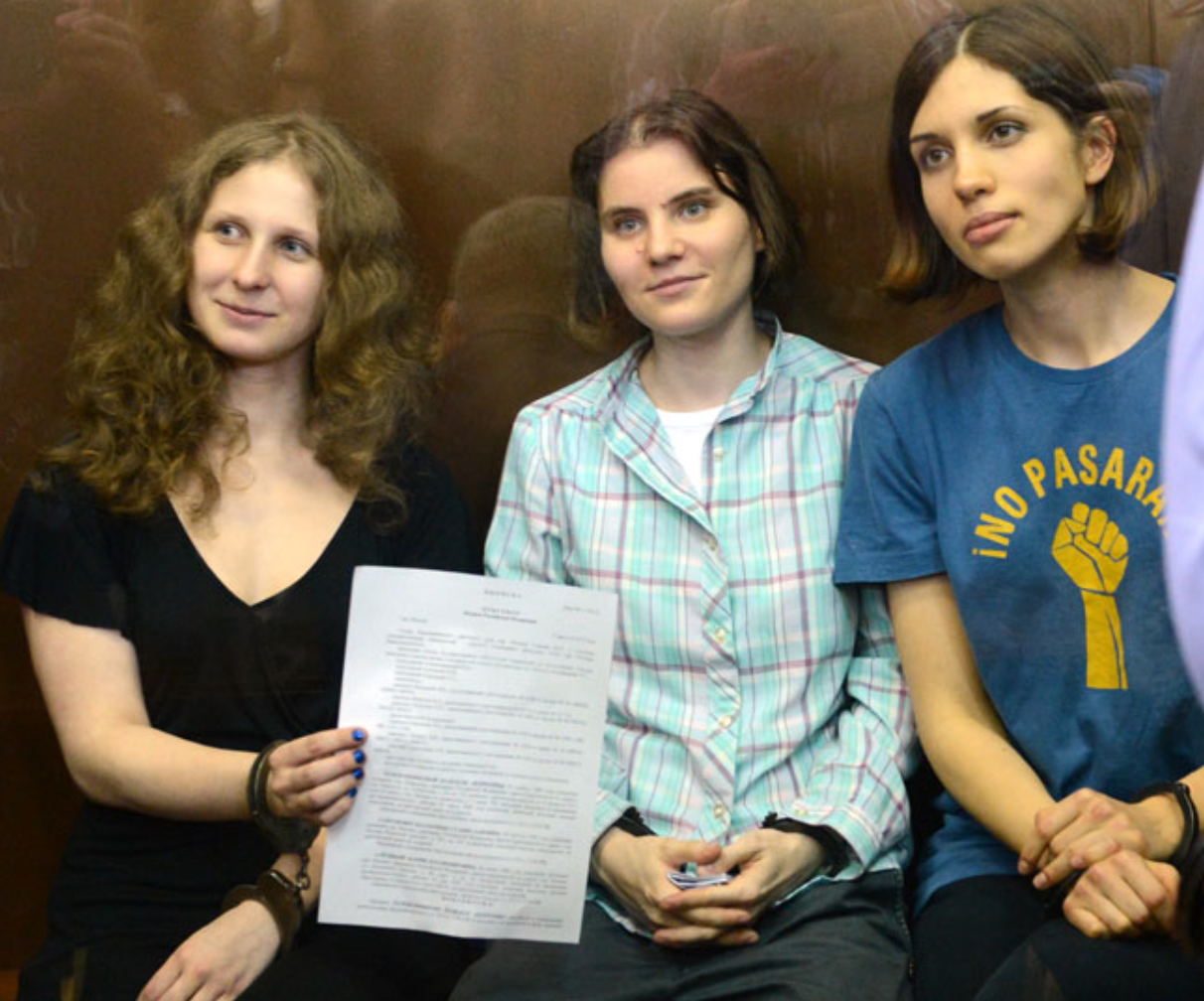 "Russian Supreme Court Declares Pussy Riot Sentence Unlawful." For Interpreter, Catherine A. Fitzpatrick reports that the Russian state-owned media outlets carried a “leaked” report that the imprisoned Nadezhda Tolokonnikova, Maria Alyokhina, and Yekaterina Samutsevich were included in the draft amnesty bill, and that yesterday their cases were thrown out anyway.  What's next? Queer rights worthy of the 20th century in that country? (That said, this is being interpreted by some as a public relations move ahead of the Sochi Olympics, which open February 7.)
Advertisement 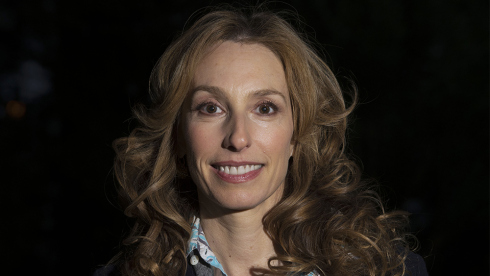 "Huggins joined Imagine in 2004 as senior VP of motion pictures. She was promoted in 2006 to exec VP and in 2010 to co-president of production. She has worked on 'J. Edgar,' 'Restless,' 'Rush,' 'Flightplan' and music documentaries 'Made in America' and 'Katy Perry: Part of Me 3-D.'  She is producing the James Brown biopic 'Get on Up' at Universal and exec producing 'The Heart of the Sea' at Warner Bros. She also works with Jason Katims on his NBC TV series 'Parenthood.'" 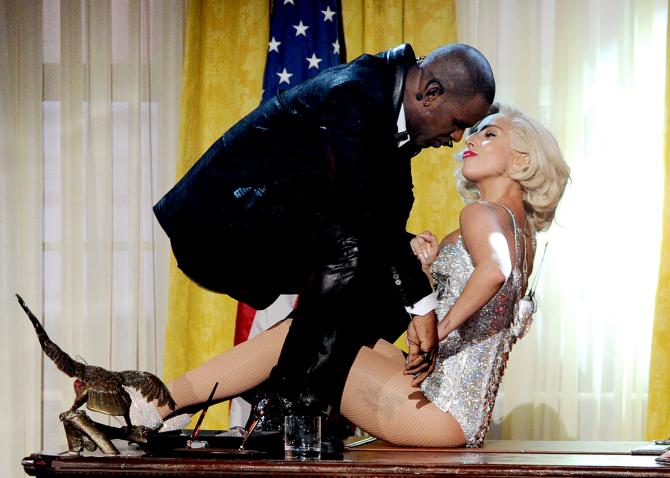 "I've Finally Come to My Senses About R. Kelly." The Root's Demetria L. Lucas considers the R&B singer's latest album a glaring reminder of his sordid past.

"With rare exceptions, R. Kelly has spent the last few years staying away from all the things that made him The R. Kelly, a way of deflecting from the mountain of rumors about the young girls with whom he had sexual encounters and the contents of that tape.  But over the years, as time has created a distance—but not yet amnesia— he has grown more comfortable. So comfortable that simulating the Clinton-Lewinsky sex scandal onstage at this year’s American Music Awards seemed appropriate from a man who has been accused of having sex with girls a few years younger than an intern. So comfortable that he would practically dry-hump and definitely air-hump Lady Gaga on Saturday Night Live. So comfortable that one of the cover images of his new CD features a woman whose body appears to be incredibly young, sitting on his lap, clad only in black underwear. I blame myself—and all the fence-sitters like me—for Kellz’s habitual line-stepping with the promotion of Black Panties. Being wishy-washy about R. Kelly has sent the message that it’s OK for him to launch a freaky-deaky comeback." 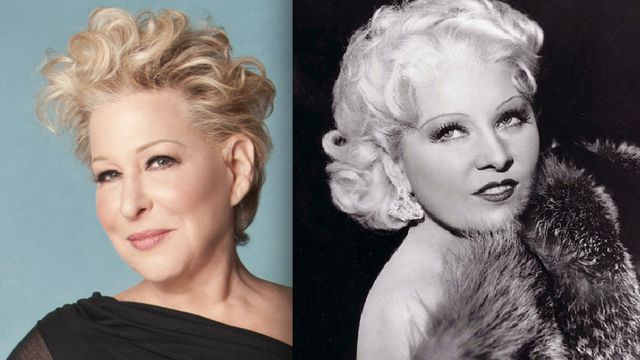 "Bette Midler to Play Mae West in a New HBO Biopic."  The A.V. Club's Caroline Siede reports the Divine Miss M has signed on to play the Queen of Sex. It's almost redundant--but deliciously so.

"According to Deadline, the film, simply called Mae West, will be directed by William Friedkin and written by playwright Harvey Fierstein. Jerry Weintraub—who spearheaded HBO’s Behind The Candelabra—will executive produce alongside Friedkin and Midler. Based on West’s autobiography, Goodness Had Nothing To Do With It, the biopic will chart her rise to stardom in the 1930s, beginning with her career in vaudeville before she moved on to write, produce, direct, and star in her own Broadway shows. A key moment will surely be her breakout, controversial 1926 play, Sex, which prompted city officials to raid the theater and sentence West to 10 days in prison for 'corrupting the morals of youth.' " 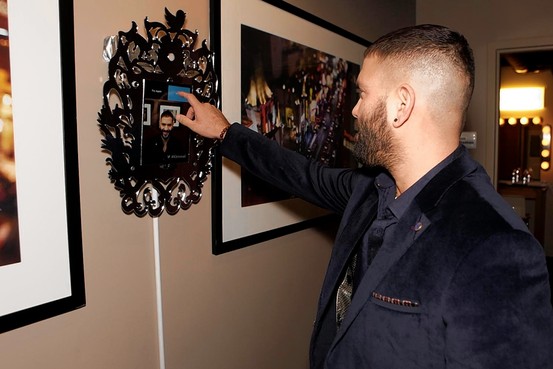 "The Mirror is Twitter Inc.'s name for a tablet programmed for VIP events and adorned with a filigree frame. Celebrities stand before it, tap the screen, take a few moments to pose, approve the photo or retake it and send it out through the event's Twitter feed.Many celebrity Twitter feeds have morphed in the last several years from unedited channels to professional marketing machines. Celebrities could just shoot their own smartphone pictures. (President Obama and U.K. Prime Minister David Cameron even appeared in one by Danish Prime Minister Helle Thorning-Schmidt at Nelson Mandela's memorial Tuesday.) The Mirror makes it easy for them to not just promote themselves, but the shows as well, by adding hashtags to the image and sending the photos out from the feed of the programs they're appearing on." 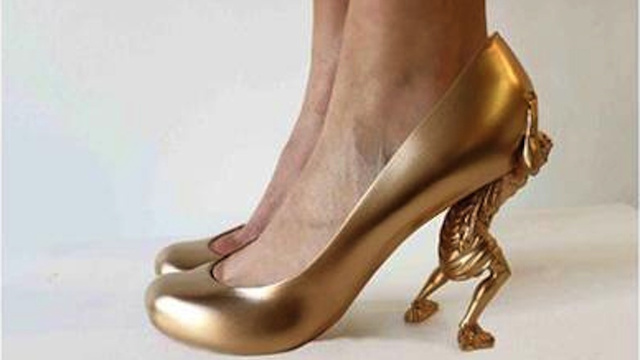 From Jezebel's "Whiny Manchild Designs Shoes Based on Exes, Calls Them Art."