"Go gentle into that good night": One of the greatest essays on life ever written by Roger Ebert, originally published on May 2nd, 2009.

“I drank for many years in a tavern that had a photograph of Brendan Behan on the wall, and under it this quotation, which I memorized: ‘I respect kindness in human beings first of all, and kindness to animals. I don't respect the law; I have a total irreverence for anything connected with society except that which makes the roads safer, the beer stronger, the food cheaper and the old men and old women warmer in the winter and happier in the summer.’ For 57 words, that does a pretty good job of summing it up. ‘Kindness’ covers all of my political beliefs. No need to spell them out. I believe that if, at the end of it all, according to our abilities, we have done something to make others a little happier, and something to make ourselves a little happier, that is about the best we can do. To make others less happy is a crime. To make ourselves unhappy is where all crime starts. We must try to contribute joy to the world. That is true no matter what our problems, our health, our circumstances. We must try. I didn't always know this, and am happy I lived long enough to find it out.” 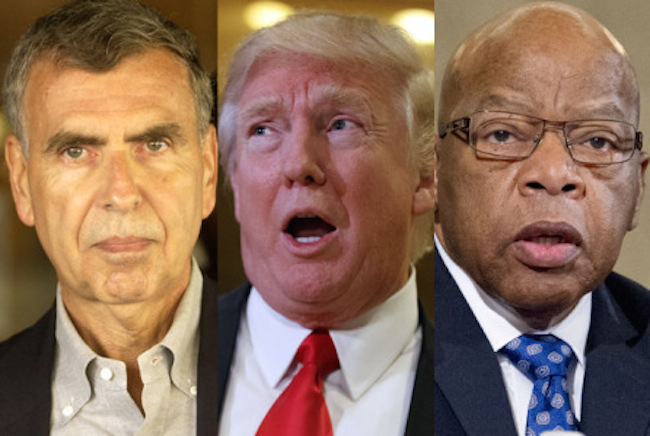 "Gerald Levin to Donald Trump on Rep. John Lewis: Have You No Sense of Decency, Sir?": The former AOL-Time Warner CEO published an impassioned response at Deadline.

“I write not to contest your imminent inauguration, rather to offer a plea for decency and respect, for your assumption of leadership based on moral values and spiritual principles. Nor am I joining the chorus of incessant video pundits clamoring for you to pivot from voter-resonating slogans to Presidential policy stratagems. Yes, I am a lifelong progressive Democrat, no I am not mourning Secretary Clinton’s misguided campaign. What moves me to address you is the turning point, the line you crossed by demeaning John Lewis instead of honorably responding to him by saying you intend to be worthy of his support and that you appreciate the historical role he played in Selma with Dr. King, as we, as a unified nation, pause, to honor the slain Civil Rights leader.” 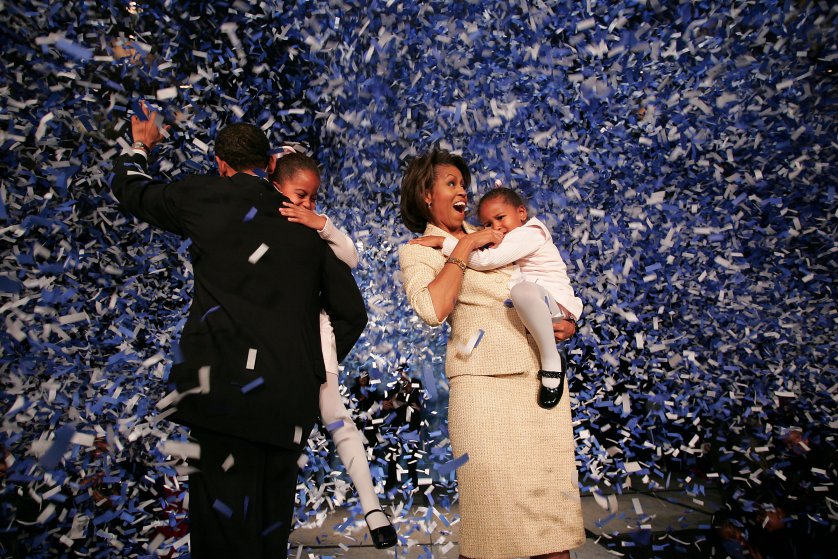 "The Bush Sisters Wrote the Obama Girls A Letter": Barbara and Jenna Bush Hager published their letter to Malia and Sasha Obama at Time Magazine.

“Malia and Sasha, eight years ago on a cold November day, we greeted you on the steps of the White House. We saw both the light and wariness in your eyes as you gazed at your new home. We left our jobs in Baltimore and New York early and traveled to Washington to show you around. To show you the Lincoln Bedroom, and the bedrooms that were once ours, to introduce you to all the people—the florists, the grounds-keepers and the butlers—who dedicate themselves to making this historic house a home. The four of us wandered the majestic halls of the house you had no choice but to move in to. When you slid down the banister of the solarium, just as we had done as 8-year-olds and again as 20-year-olds chasing our youth, your joy and laughter were contagious. In eight years, you have done so much. Seen so much. You stood at the gates of the Robben Island cell where South Africa’s Nelson Mandela was imprisoned for decades, your arms around your father. You traveled to Liberia and Morocco with your mom to talk with girls about the importance of education—girls who saw themselves in you, saw themselves in your parents, saw who they could become if they continued to study and learn. You attended state dinners, hiked in national parks, met international leaders and managed to laugh at your dad’s jokes during the annual Thanksgiving turkey pardon, all while being kids, attending school and making friends. We have watched you grow from girls to impressive young women with grace and ease. And through it all you had each other. Just like we did.” 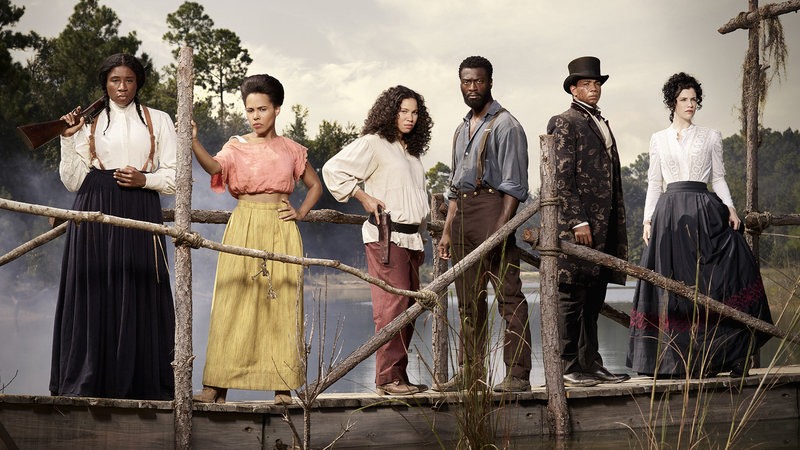 “‘Underground,’ a hit for the WGN network, takes viewers through treacherous terrain, literally and figuratively. It's filled with slave owners, slave catchers, abolitionists and enslaved people, all double-crossing each other. There are sacrifices, rescues and revolts. The first season ends with one of the show's main characters — a runaway maid named Rosalee who has nearly died trying to save her friends — encountering a rifle-carrying dark-skinned woman who offers to teach her how to liberate slaves. ‘My name's Harriet,’ she says. As in Harriet Tubman. ‘Oh my God,’ Veronica Wells says as she remembers watching that scene. ‘I’m so excited. I'm so excited about Harriet Tubman. Because she doesn't play. She doesn't take any mess.’ Wells is the culture editor of the website Madam Noire and author of the novel Bettah Days. She calls ‘Underground’ a brilliant show, with one of the best casts on television. And she's pleased to see more representation of the woman who helped more than 100 people find freedom a decade before the Civil War. Harriet Tubman has been the subject of dances, an opera and a few comedy sketches, but aside from the 1978 TV miniseries ‘A Woman Called Moses’ starring Cicely Tyson, Tubman has been barely featured on screen. ‘She's a black woman, and there haven't been a lot of stories for black women of any time period,’ Wells points out.” 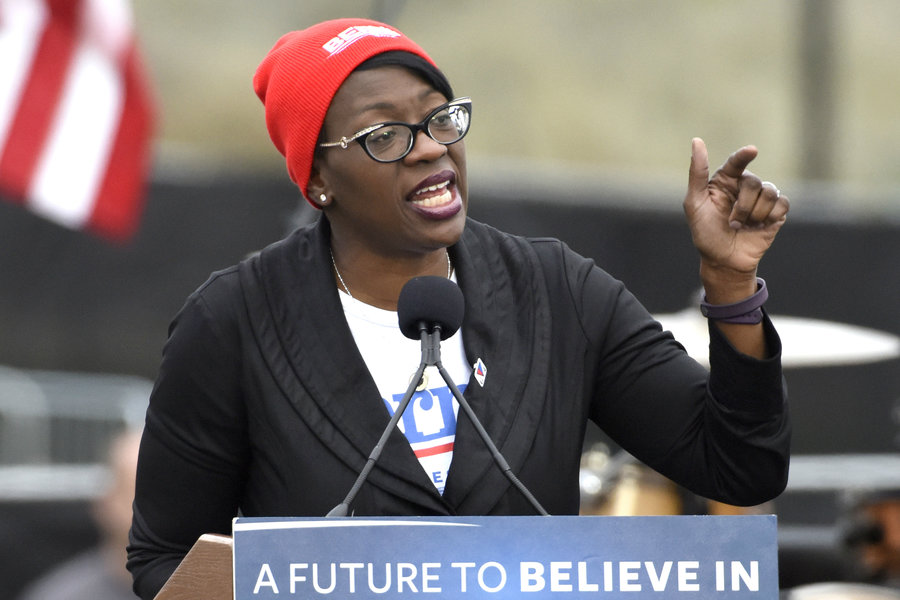 “Sunday would have been Dr. Martin Luther King Jr.'s 88th birthday. While his life was cut short far too soon, his historic legacy and fearless spirit have remained at the core of motivations for forward progress within the African-American community and beyond for decades. In celebration of his memory, the National Action Network hosted The MLK March in Washington, DC on Saturday in an effort to continue the fight for African-American civil rights began by Dr. Martin Luther King Jr. and brought to the White House by President Barack Obama. Among the many highlights of the event was a powerful speech delivered by former Ohio State Senator Nina Turner, who encouraged attendees to press forward towards change for the better and stand firm in knowing that the Black community has overcome similar hardships in the past to the ones we face today. ‘We have been here before. And I know that you might be disappointed but I want you to take solace in these words,’ Turner told the massive DC crowd. ‘We must accept finite disappointment, but never lose infinite hope. The valley may be lower, but we've been here before. The mountain might be higher, but we've been here before. Because our mission for social justice and economic justice and political justice, you see the mission is so high we can't get over it. And the mission is so low, we can't go under it.’” 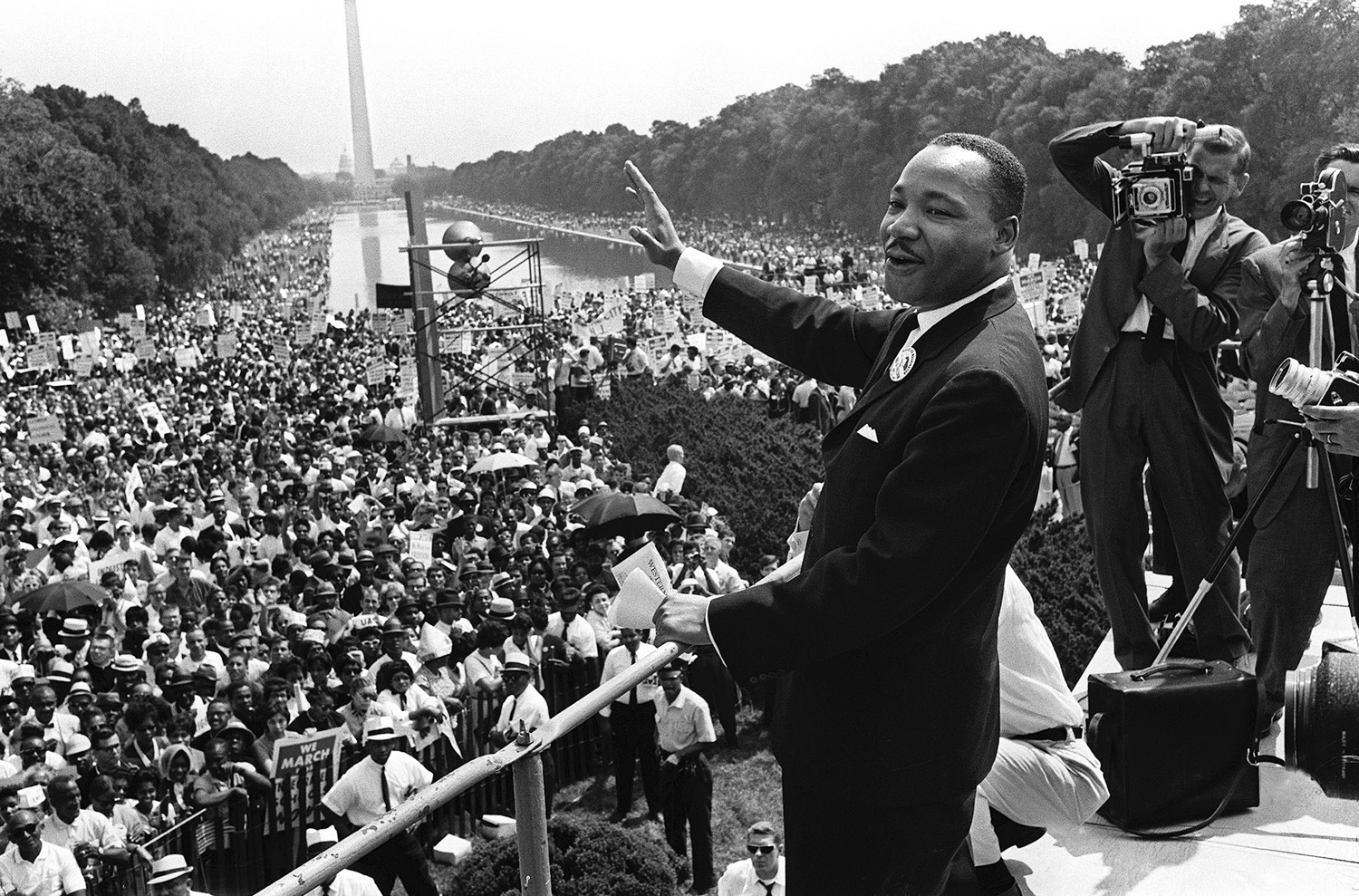 The staff at Mindful present a "loving-kindness practice" in honor of Martin Luther King Jr.

A stunningly timely speech delivered by Roger Ebert for The 11th Hour series on April 9th, 1994.