"After 33 Years and an Airplane Explosion, Their 'Raiders of the Lost Ark' Remake is Almost Complete. Are they?": Amy Nicholson of LA Weekly pens a terrific piece on the fate of Chris Strompolos and Eric Zala's epic dream project.

“When ‘Raiders’ needed a monkey, they used Chris' dog, Snickers. When they needed a new Marion, they wooed a pretty girl from church to give up her summers and hang with the geeks. (Says Chris, ‘I thought she was cool because she smoked cigarettes. Capri Lights.’) She was Chris' first kiss and they flirted until she ditched him for an extra playing a Nazi. When they needed an Egyptian tomb, they stenciled hieroglyphics in Eric's basement. When the script called for a bar fire, they poured 36 bottles of rubbing alcohol on themselves and the cellar walls and lit a match. (That move got production grounded for a year.) Eric, who doubled as the opportunistic French archaeologist Belloq, singed his hair. Before shooting wrapped, he'd also broken an arm and been rushed to the hospital after Jayson used industrial plaster to make a mold of his face. (The ER doctors had to break him out with sledgehammers and chain saws.) Astonishingly, Chris completed the film unscathed — a wonder, given that he did every one of Indiana Jones' stunts without Harrison Ford's innate athleticism (or four stunt doubles).” 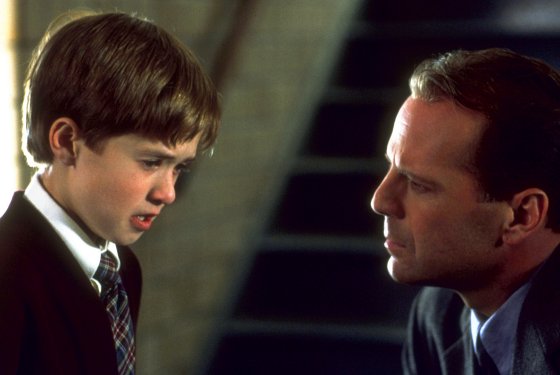 "Here Is the Simple Mind-Trick That Makes Every Movie and TV Show Seem Better": An amusing piece from Vulture's Adam Sternbergh.

“Have you watched a film or television series lately that left you unsatisfied, confused, or vaguely disgruntled? Was there a moment in, say, ‘Interstellar’ when you thought, Wait a second, just how much money can NASA raise through corn taxes, exactly? and then started to feel the whole narrative unravel? Have you followed an expertly written hit show through many satisfying seasons, only to be left befuddled and grumpy by the show’s finale? Until now, you’d simply have to accept that the film or show’s creators either made a narrative misstep or, even worse, failed to deliver a resolution that precisely mirrors your expectations. But no more! Thanks to a revolutionary new critical theory, you can explain everything, in every show and movie, to your complete satisfaction, every time. That theory? Everyone’s Already Dead™. (Be warned: Spoilers ahead for ‘Lost,’ ‘Interstellar,’ and a few other recent cultural touch-points!)” 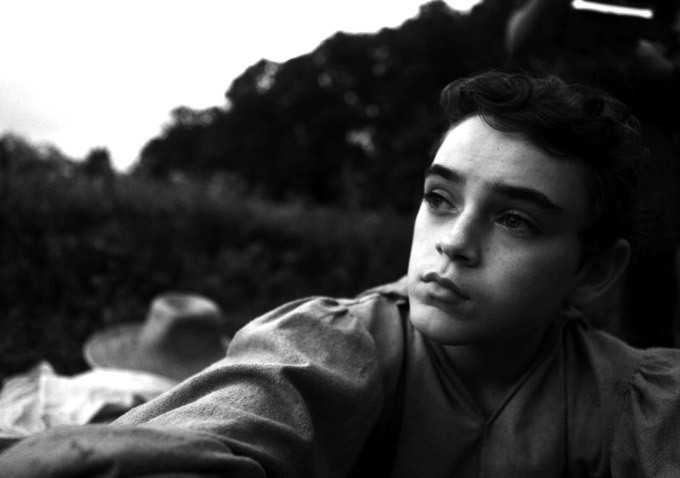 "Lincoln, Malick and 'The Better Angels'": At Indie Outlook, I discuss why A.J. Edwards' directorial debut works as a fitting tribute to both men.

“At his best, Malick is America’s most gifted cinematic poet, and has clearly served as a major influence on countless young filmmakers. Edwards can certainly be included among them, though he is one of the few who has actually collaborated with Malick a number of times prior to his directorial debut. He served as an editorial intern on ‘The New World,’ a key artistic consultant on ‘The Tree of Life’ and was one of five credited editors on ‘To the Wonder,’ a mystifying minor work that stands as the director’s most puzzling film to date. In contrast, the wordless texture of ‘Better Angels’ couldn’t be clearer. The film has been criticized as being a mere rip-off of Malick, as if approximating the tone and style established by one of our greatest living filmmakers was a feat to be dismissed. I will admit, however, that the picture’s similarities to Edwards’ obvious inspiration (who served as a producer on the project) were so conspicuous that they emerged as a glaring distraction during my initial viewing of it. It wasn’t until afterward that I realized just how ingenious a fit Malick’s signature approach was to the subject matter: an impressionistic mood piece about the formative years of Abraham Lincoln.” 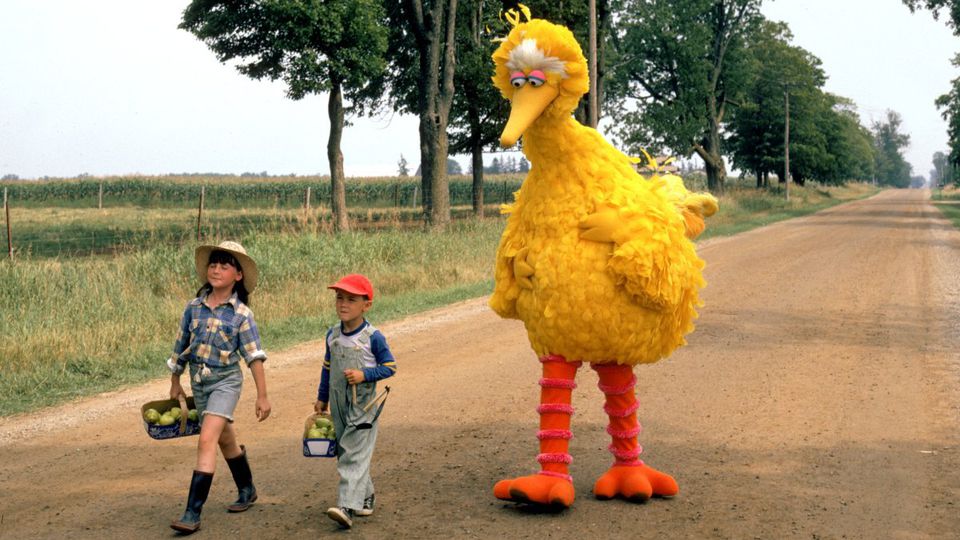 “What I didn’t remember until the re-watch was just how achingly sad ‘Follow That Bird’ is. Detailing Big Bird’s quest to find his bird self, subsequent realization that he already had a family, and attempt to return to Sesame Street, ‘Follow That Bird’ is a story of self, of loss, and of the dumb adventures an 8-foot-tall, 6-year-old bird can get into without the help of friendly adults. While parts of ‘Follow That Bird’ are fun and whimsical—Bert and Ernie fly upside down in an airplane! Oscar drags Maria to a very grouchy diner for hilariously tossed salads!—other parts are just crushing, even to 33-year-old me. Take, for instance, the scene where Big Bird has been captured by the Sleaze Brothers, dyed blue, and forced to perform as The Bluebird Of Happiness in a rinky-dink sideshow. It’s undoubtedly a scene that’s meant to break hearts, what with Bird’s eventual single blue tear, but every aspect of it is just so damn bleak. The audience of confused 4-year-olds clutching uneaten cotton candy? The way the patchwork curtain is slowly drawn back to reveal the cage inside? The wiggly spotlight and tinkling piano? I mean, seriously, that s—t will crush even the most coldhearted viewer.” 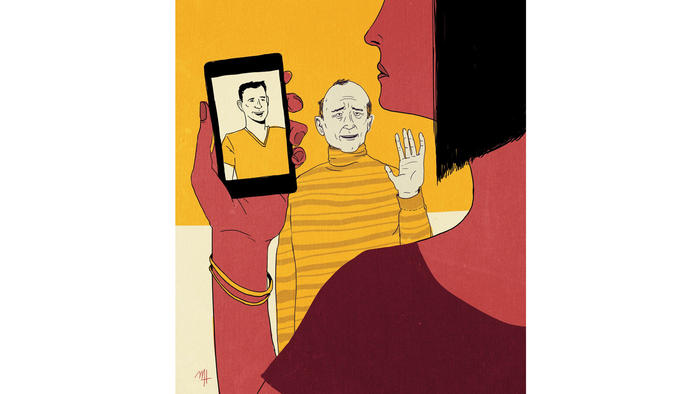 "Age-subtracting men are multiplying, and it doesn't add up": Filmmaker and journalist Kira Coplin writes a piece for The Los Angeles Times.

“Perhaps the most drastic example of this phenomenon was a man who contacted me on Facebook through mutual friends in regard to a new venture he was launching. I did my research — he was a successful Broadway producer and entrepreneur — so I decided to meet him for lunch at the Soho House. I later realized that it was a date masquerading as ‘business.’ But the immediate surprise was his appearance. The man in his ‘early 40s’ was 49 at best (although if I was a betting woman, I'd say he was closer to 55). Weeks later I was swiping through Tinder on a boring Saturday and came across a friend I hadn't seen in a while. Apparently he had regressed in age during that time. ‘Thirty-eight? Please!’ I teased upon our ‘matching.’ ‘Forty-eight,’ he wrote back, making light of it. When I saw him a couple of weeks later, I decided to ask why someone like him, an established television producer, would lie about his age. After a long pause he finally mumbled: ‘Because … I'm old.’ There doesn't seem to be a good reason for lying about your age if you are actually looking for companionship and a possible relationship. So what happens when things go beyond a few dates? Do these men keep up the ruse? More than likely these men who feel the need to make themselves years younger aren't looking for their soul mates — maybe it's a fling or a one-night stand.” 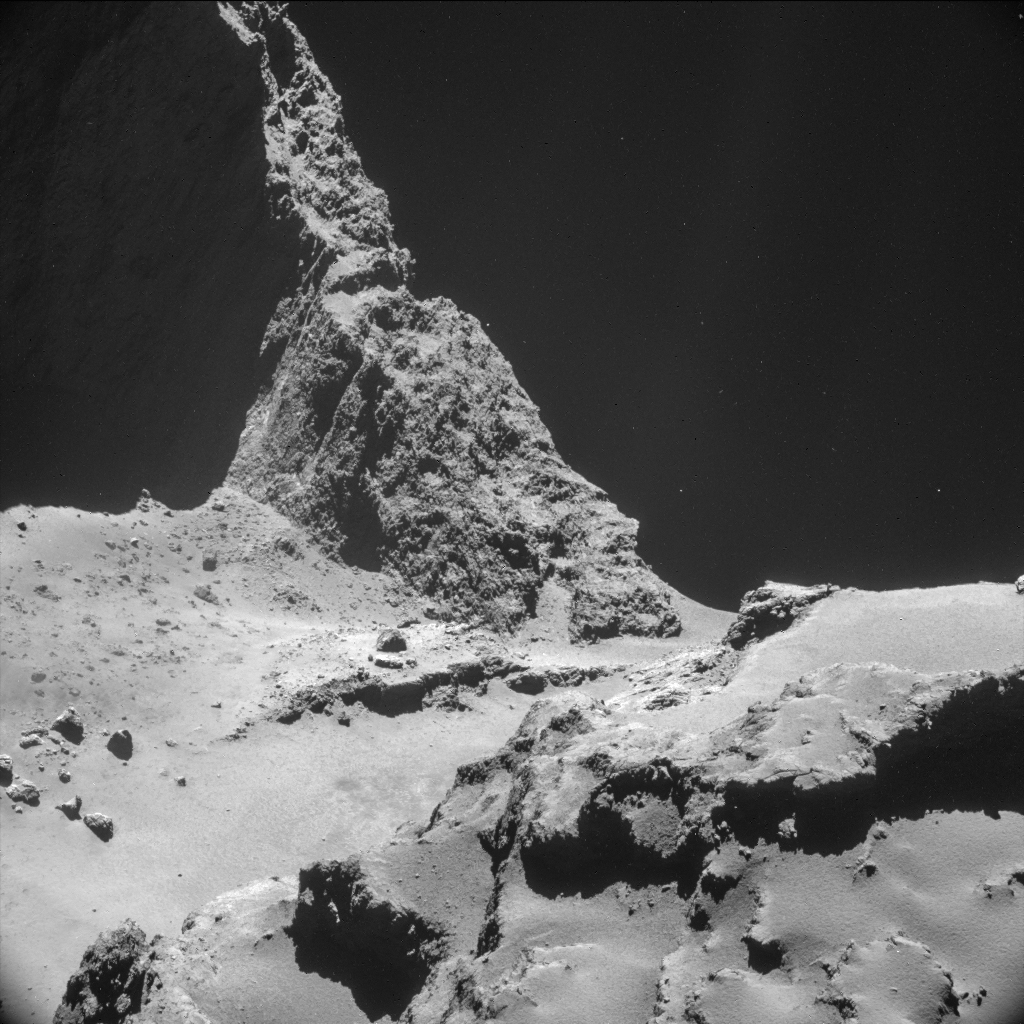 Marcus Woo of Wired posts a series of astonishing photographs taken by the Philae lander on the surface of a comet.

The acclaimed director chats about his latest film, which won the Best Actor prize at Cannes for its leading man, Timothy Spall.