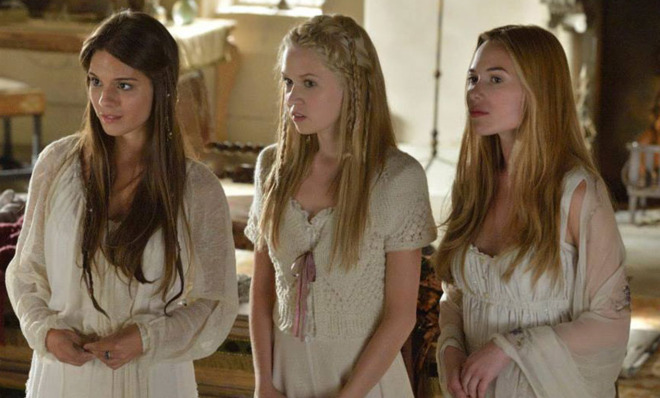 "Why Female Pleasure—Not Sex—Is the Real Taboo on Prime Time Television." For The Week, Monica Nickelsburg reports that The CW's period drama "Reign" has sparked serious debate over censorship. 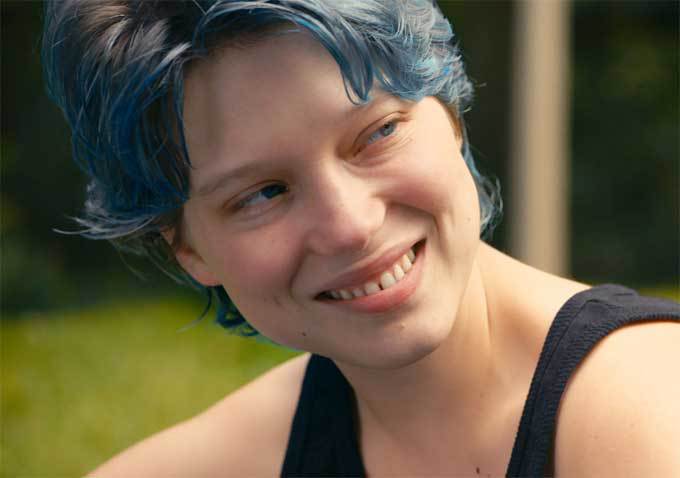 "'Blue Is the Warmest' Color Filmaker Pens Enraged Open Letter.'" By Nigel M. Smith for Indiewire. The Palme d'Or-winning epic lesbian saga doesn't even open in theaters stateside until tomorrow, and its stars and directors have already been generating more drama than the film itself ever could. Related: "IFC Center Will Admit High Schoolers to NC-17 Rated 'Blue is the Warmest Color,'" also by Nigel M. Smith for Indiewire.

"Director Abdellatif Kechiche has hit the web, penning an enraged open letter (titled "To Those Who Sought to Destroy 'Blue is the Warmest Color'") at website Rue89, slamming his outspoken star Léa Seydoux as well as critics who have taken issue with the three-hour film. The letter comes at the tail end of a press tour that kicked off in the U.S. with Kechiche's stars Seydoux and newcomer Adèle Exarchopoulos telling The Daily Beast that they'd never work with the filmmaker again, and Seydoux saying she felt 'trapped' on set and that she didn't feel respected while shooting the film's racy sex scenes.What's followed since has threatened to overshadow their collective achievement. To recap: Kechiche confronted the two at an LA press conference that ended in tears; later told the French press that the film shouldn't be released; then told Indiewire that of course he wants the film released, explaining that 'it was a remark that just came out when I had the feeling the film wasn't going to be seen the way I thought it should be seen. With regards to Seydoux, Kechiche told Indiewire during the New York Film Festival that he believes she's just "conflicted." But in his open letter, he slams the star, calling her an 'arrogant and spoiled child.' 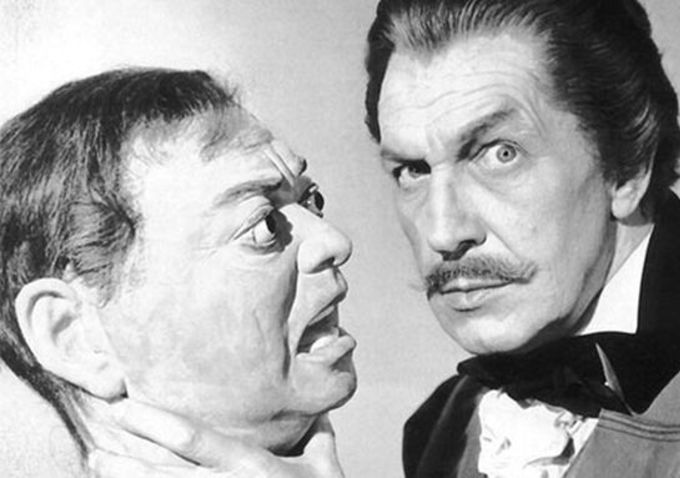 "The (Vincent) Price of Condescending Viewership." For Press Play, Lincoln Flynn argues that the cult movie star has always gotten short shrift from audiences who didn't realize he was in on the joke.

"When it comes to any standard Vincent Price performance-- particularly those he gave in many horror movies-- it might as well be a big, opportune target for condescending viewership. Admittedly, I find it hard to watch 1959’s The Tingler, William Castle’s gimmick-loaded and nonsensical horror flick, and not want to comment upon or lampoon aspects of Price’s performance (especially the scene in which his character has an LSD induced freak-out). Yet, to haughtily spoof any Price performance in a horror movie would be shortsighted; it would suggest that Price was not savvy enough to understand what he was doing. Consider these biographical details: Price was a graduate of Yale, an authoritative collector of art, a French cooking enthusiast, and a man of letters. It isn’t beyond reason to assume that he was aware of his performance as an actor, even when it seemed preposterous. In fact, Price told biographer Lucy Chase Williams that he had his tongue 'in both cheeks' and 'was furious when I read a book called the hundred worst pictures ever made, to see that several of mine weren’t in it!' 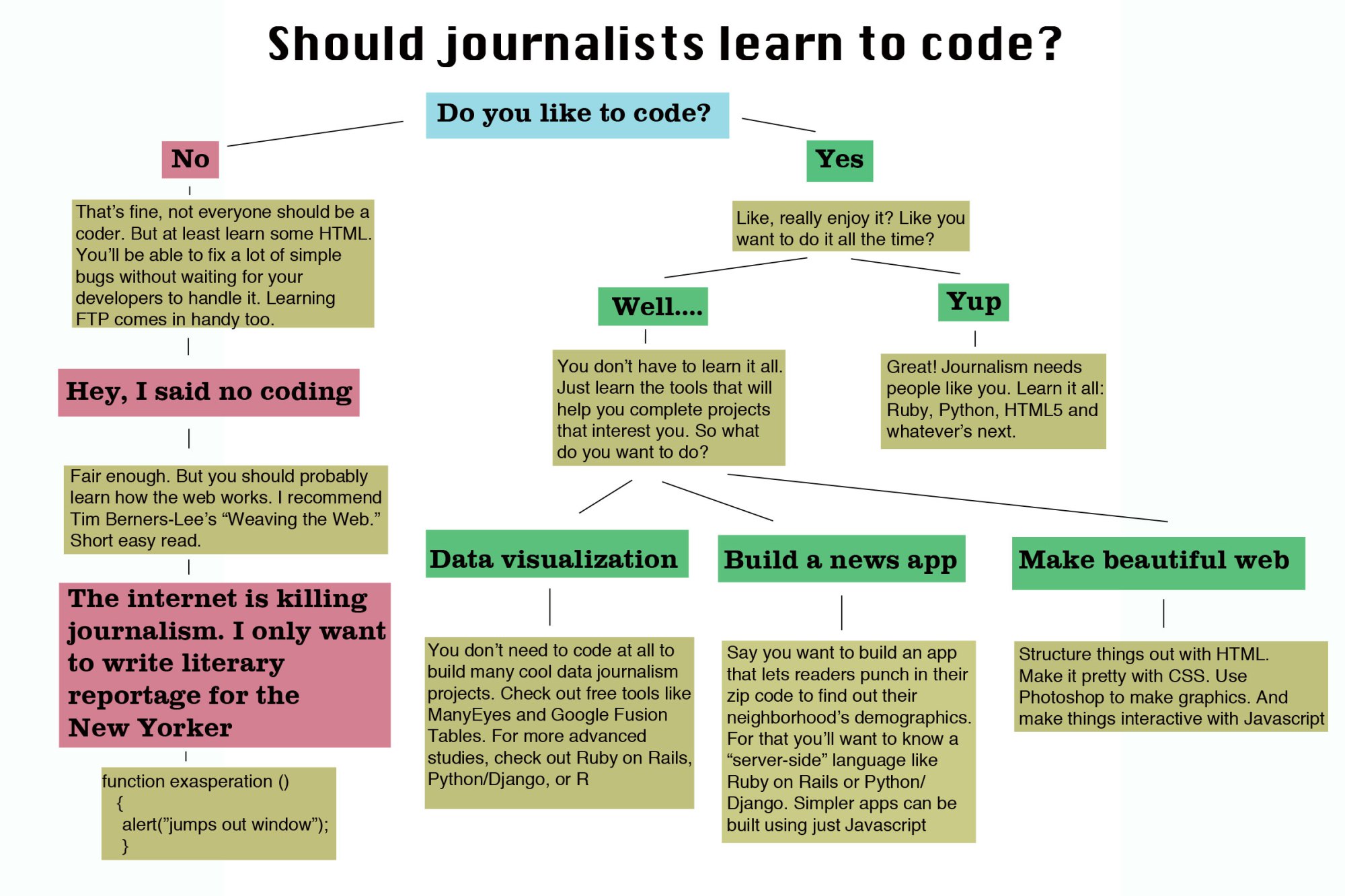 "Should Journalists Learn to Code?"  For Pandodaily, David Holmes examines whether modern journalists need to go behind the Wizard of Oz's curtain. Bonus: a handy flowchart!

"On Monday, Olga Khazan wrote that journalism schools shouldn’t require reporters to learn to code. She writes, 'If you want to be a reporter, learning code will not help. It will only waste time that you should have been using to write freelance articles or do internships — the real factors that lead to these increasingly scarce positions.'That might be good advice. But it depends on what she means when she says 'learning code.' Learning code could mean anything from spending a few hours to get familiar with HTML or taking a full course-load of computer science classes at a university. And as Khazan’s old professor Robert Hernandez notes in a post at Nieman Lab today, 'I do agree that not all journalists need to learn and master coding in JavaScript, Python, or Ruby. But they should know that it is not magic and, to be successful in their modern careers, they need to be able to communicate and work alongside different experts, including programmers.' Later, he puts it more bluntly: 'It’s 2013 — are you really arguing against learning technology?'" 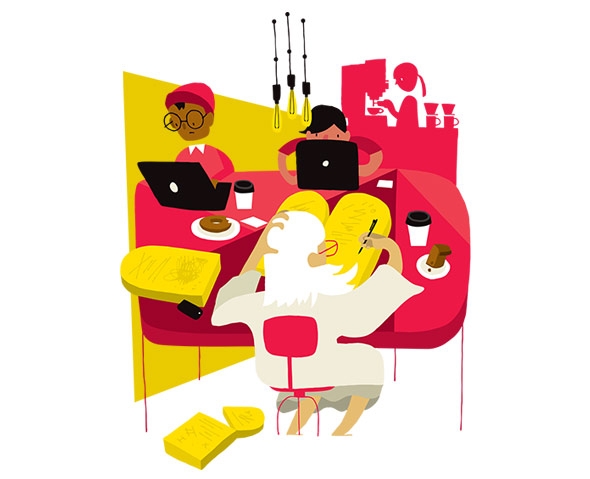 "God's Workshop." For Slate, Sam Apple imagines what would happen if an MFA writing workshop took on the Bible.

"First, I just want to point out that this was a terrific first draft. It’s clear that you put a lot of time and effort into writing these five books. And the very fact that several of your classmates have expressed a willingness to fight to the death in the name of your manuscripts suggests that you’re certainly onto something interesting here. A few thoughts to consider as you work on your revisions: It’s great that you took Professor Weinberg’s advice about using specific details to heart. And you have some terrific descriptions in these pages, especially when you’re going over the instructions for building the Tabernacle—I didn’t even know you could make curtains out of goat hair! Still, at times I can’t help but wonder if all of the specificity becomes too much of a good thing. For example, you start Leviticus with seven consecutive chapters on how to sacrifice unblemished animals in your holy name, whereas I think one chapter might very well do the trick.Love, love, love the Noah chapter. My only concern is that there’s an awful lot of 'telling.' Is there a way to do more 'showing' so that we can see Noah experiencing 40 days and nights on a boat with two of every living beast on Earth? That had to have been crazy?! Like, where did they all go to the bathroom? Have you read David Foster Wallace’s essay about the cruise ship? Really good/sad. I’m not saying you should copy that, but I think it might help if you gave it a quick read." 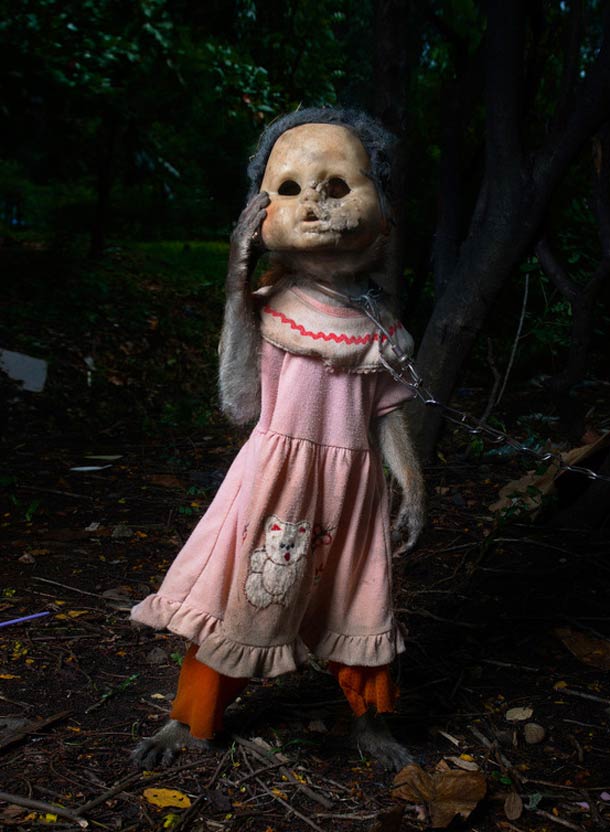 From Finnish photographer Perttu Saska's series about the world of street monkeys in Jakarta.