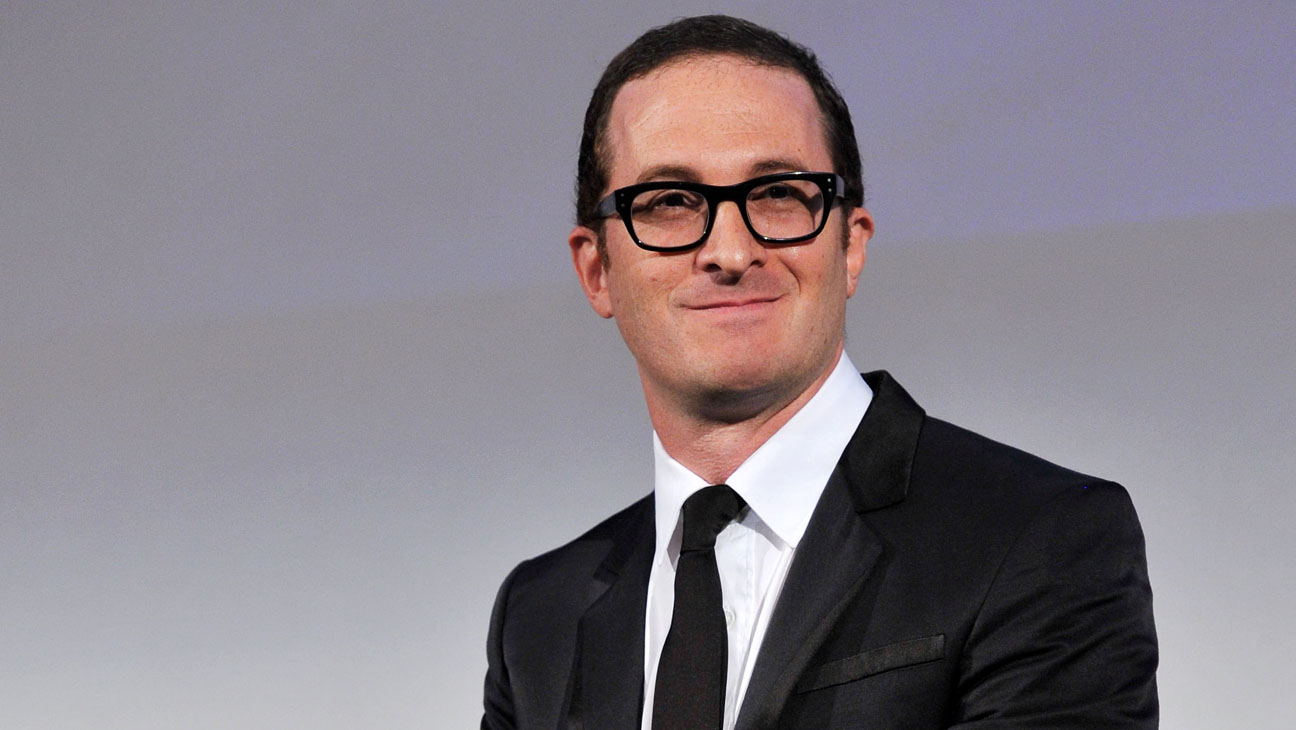 "Darren Aronofsky, Paramount Spar Over 'Noah' Final Cut." For The Hollywood Reporter, Kim Masters reports that the director and studio are at odds over his $125 million biblical epic after some wonky test screenings.

"The use of visual effects has been so extensive that in some scenes, only an actor's face is in the final image. The film relies on effects to create the flood, of course, but in addition, Noah doesn't feature any real animals. Aronofsky said the creatures in the film are 'slightly tweaked' versions of those that exist in nature, and there also are fantastical beings in the mix. The director recently told DGA Quarterly that Industrial Light & Magic had said it did the most complicated rendering in the company's history for the film -- 'a nice badge of honor,' he said. Beyond the visuals, a major challenge has been coming up with an exciting third act that doesn't alienate the potentially huge Christian audience (in the Bible, Noah and the ark's inhabitants survive the flood that destroys the Earth). Some in the faith community already have expressed skepticism about the result, especially after writer Brian Godawa in October 2012 obtained a version of the Noah script and posted his summary online under the heading, "Darren Aronofsky's Noah: Environmentalist Wacko." (Aronofsky has in the past described Noah as "the first environmentalist.") Among his conclusions is that Noah will be 'an uninteresting and unbiblical waste of a hundred and fifty million dollars that will ruin for decades the possibility of making a really great and entertaining movie of this Bible hero.' On the other hand, Ted Baehr, whose Movieguide.org publishes reviews from a Christian perspective, holds out hope that the film will pass muster." 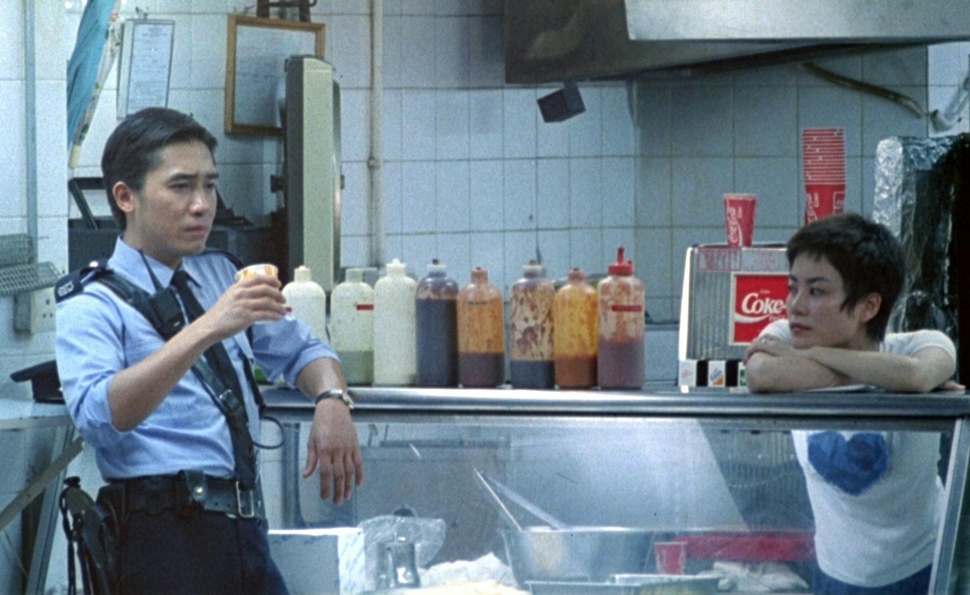 "How Wong Kar-Wai turned 22 Seconds Into an Eternity." For The Dissolve's weekly roundtable, Mike D'Angelo parses a scene from the director's "Chungking Express."

"From the very beginning of the film, Wong and his cinematographers—Andrew Lau and Christopher Doyle, the latter of whom has collaborated with Wong many times, and here, primarily worked on the film’s second story—find ways to visually represent temporal distortion. The opening sequence employs an unusual stutter-step effect, most likely achieved by removing every second frame—or even every second and third frame—and duplicating the others. Wong uses this device sparingly, but because it’s the first rhythm viewers are offered, it winds up having a profound influence on the film as a whole. It’s neither slow-motion nor fast-motion, though it feels closer to the latter. It’s… other motion. A rupture of sorts. The most striking moment occurs when Cop 223 is running after a suspect, crossing the screen from left to right: He’s in focus, but the background isn’t, and the result is that he races past a series of neon streaks, creating the impression that he’s somehow been dislodged from his surroundings—not in space, but in time." 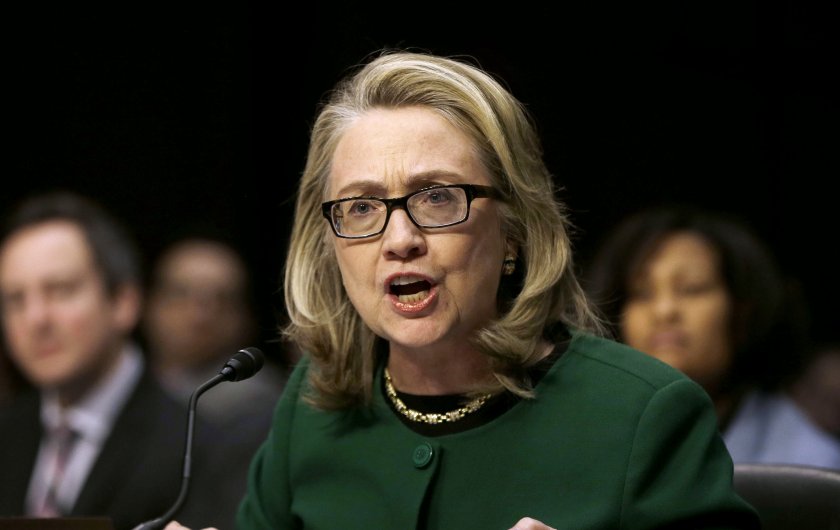 "Why We Love Angry Men, But Hate Impassioned Women." For PolicyMic, Elizabeth Plank discusses the tricky balance of strength and warmth for women in the public eye.

"In their book 'Compelling People,' Neffinger and Kohut cite a study that showed that Hillary Clinton 'has been the butt of more jokes than any other human being, living or dead.' Surprisingly, the woman nicknamed 'Chillary' by comedians and politicians alike, climbed in the polls after the Lewinsky scandal "because a significant part of the public sympathized with her as an aggrieved yet loyal wife, even if she did not outwardly radiate warmth." This poll trend sends a troubling message about what it means to be a prominent, powerful woman. Could it be that the only way to get the public's sympathy if you're a strong woman is to be cheated on? In the public's eye, anger doesn't look as appealing on women as it does on men. Although John Neffinger and Matthew Kohut argue that compelling people must exude strength and warmth to get respect and recognition, they explain that gender stereotypes make this role harder to navigate for women. Because strength is traditionally associated with masculinity, strong women are seen in a negative light. Neffinger and Kohut's research explains why someone like Elizabeth Warren has been called "unnecessarily aggressive," with a YouTube that is actually titled 'Why Is Everyone Afraid Of Elizabeth Warren?'" 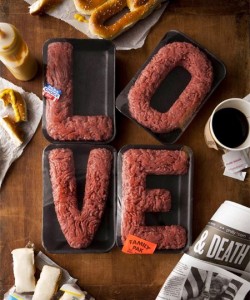 "You Are All Completely Insufferable." For SF Gate, Mark Morford says the primary lesson of the Internet is that we are all awful. Actually, he uses second person, but let's lump him into his own theory, eh?

"We have become, in short, a nation of haters and trolls – or rather, a nation that numbly accepts hating and trolling, bullying and shaming as a part of everyday life, de rigueur and sort of built in to the cultural framework. It’s just who we are now. Is it not true? We seem to breathe in this rank perfume of hate as if it was always there, as if there was no other option than to allow increasingly huge swaths of society to be mean as snakes, cowardly and hissing anti-everythings, spitting endlessly into the wind. As if we had no other choice – when choice is, in fact, the only thing we really have left. Do you love comic books? Anne Hathaway? Newspapers? Solar energy? Are you pregnant? A new mom? Stay-at-home dad? Do you like bikes? Dubstep? Kombucha? Grass-fed steak? Modern art? Love your iPhone 5S? Use Twitter? Been to Europe? You’re a clueless moron. Hey, just read the comments under any review or article about any of those topics, pretty much anywhere." 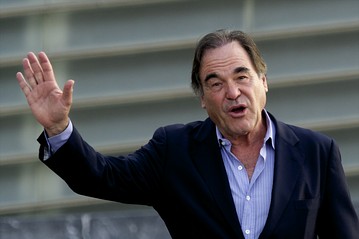 "Oliver Stone Confirms MLK Film." For The Wall Street Journal, Alexandra Cheney reports the director, along with Jamie Foxx, is moving forward with an authorized version of the civil rights leader's story.

'I’m so out of the loop on feature films,' Stone said, expressing his eagerness to get back to the medium….Although Stone said he was firmly tethered to the truth when it came to “Untold History,” he called himself a dramatist and intends on placing those characteristics center stage in the development of the MLK film. 'We’re looking for a way to relate to this extraordinary man,' Stone said. 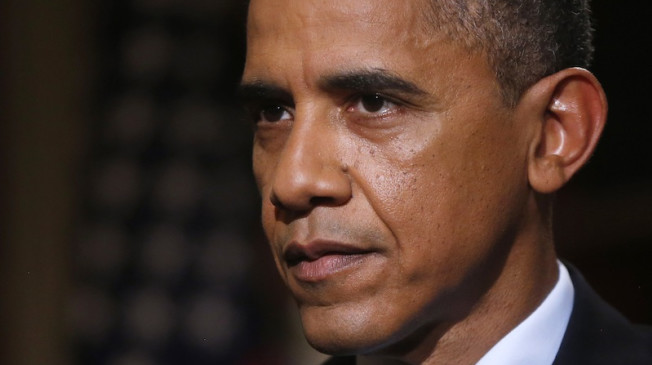 "My offer is this: Nothing." Republicans back down, ending crisis over shutdown. (Tip of the hat to TPM.)

All 15 split diopter shots in Brian De Palma's "Blow Out," via Indiewire.