"The Men Who Were 'The Thing' Look Back on a Modern Horror Classic": Our own Simon Abrams and Matt Zoller Seitz chat with John Carpenter, Keith David, Richard Masur, David Clennon and Wilford Brimley at LA Weekly.

“David: ‘[‘The Thing’] was my first movie. I'm a speech teacher, so I spent the six or seven weeks prior doing my speech-teacher training. My experience as an actor was in the theater, and one of the things I was afraid of was that I'd have come in saying things like ‘Muthaf—ka,’ but wasn't going to be able to drop all the good American speech that I was just practicing. Childs is the strong, silent type, so I had a one-line response to most things, like ‘Oh, hell no!’ or ‘What, are you kiddin’?’ I learned a lot just by watching guys like Kurt Russell and Donald Moffat. Donald was from the theater, too. I learned so much about digesting information and not showing everything you're thinking just from watching Donald let whatever was said to him sink in. All you have to do is think it, and believe it, and it shows. Richard Masur also pulled me aside and said, ‘Listen, man, you're doing fine, but you don't need to project as much in this movie.’ [Laughs] So I had to learn how to pull it back. That was my very first lesson in movie acting.’ Masur: ‘During rehearsal, [Keith David] and I started talking about how our characters felt about each other. That’s how we [knew we didn't like each other.] Like in the scene where Childs pulls a gun on my character and I pull a knife on him. Mind you: In California, it was really hard to get a knife that would flip open. I wanted it to be a buck knife, so I got one at a survivalist store. And while I was there, I also got a little attachment so you could flick the knife open with your thumb. I oiled the hell out of that knife and cut my hand several times.’” 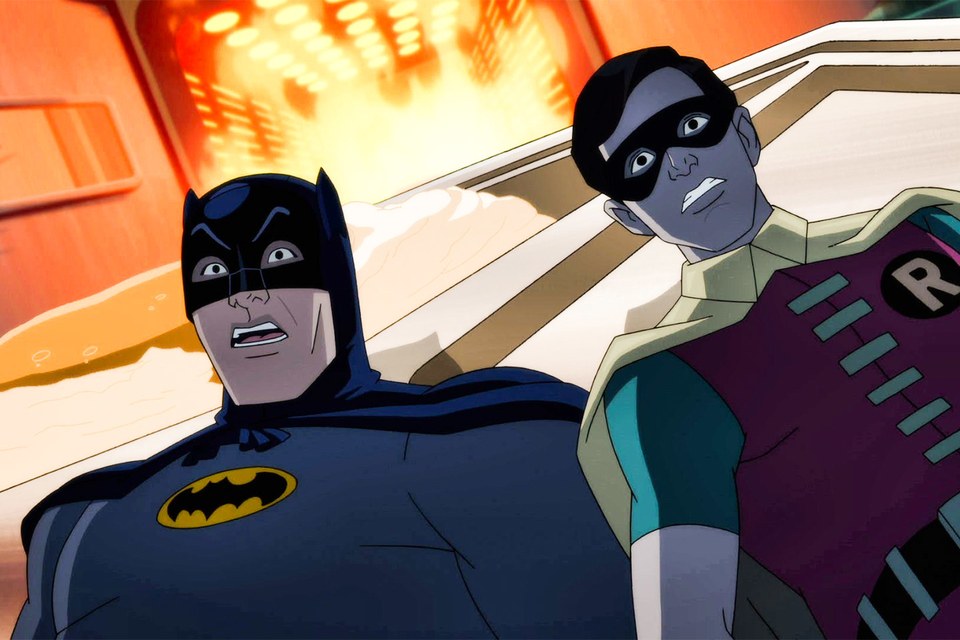 "Holy Nostalgia, Batman! Adam West and Julie Newmar Are Back for 'Return of the Caped Crusaders'": In conversation with our own Donald Liebenson at Vanity Fair.

“Seeing himself in the costume for the first time confirmed West’s vision of a Bright Knight. ‘When you’ve been preparing yourself for the role, and you put on that cowl, you get into it instantly,’ he said. ‘I decided I would leave my trailer, which was on the stage, and walk directly toward the darkness of where [the crew] were setting up. Believe me, I was tremuloso, because I didn’t know how the hell everybody would look at me in what I considered to be kind of a silly costume. I walked slowly over and into the lights and suddenly there was a total hush. They believed I was Batman.’ And so did America. In the mid-60s, Batman joined the Beatles and James Bond as the pop-culture obsessions of the nation’s youth. Just as 1950s kids donned coonskin caps to play Davy Crockett after watching Fess Parker, so did the next generation don costumes and capes to play Batman and Robin. The show was broadcast on Wednesdays (holy cliff-hanger!) and Thursdays and while it was not a critics’ darling (a ‘non-event,’ sniffed The New York Times), for the first time ever, both nights landed in the Top 10 in the series’s first season. There were magazine covers (Life, TV Guide, and Mad, with Alfred E. Neuman as Robin) and Bat merchandise (a reported $75 million worth sold during the first season alone). West hosted the variety series The Hollywood Palace as Batman. According to West, celebrities brought their children to the set. In some cases, he made house calls. Chad McQueen, Steve’s son, told Vanity Fair that his six-year-old self never “missed one episode” and that Batman was his hero, even though his father was generally considered to be the coolest guy on the planet. ‘Go figure,’ he laughed.” 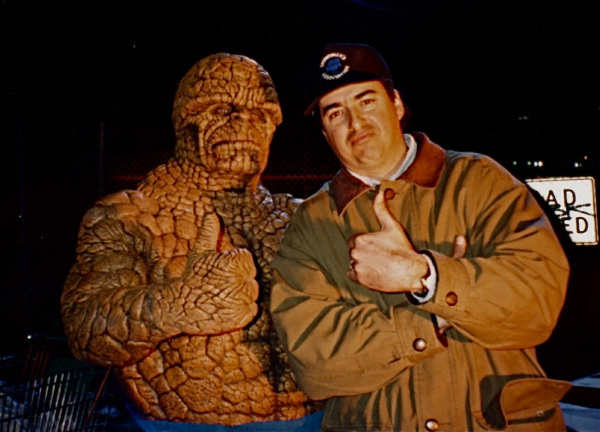 “DF: ‘Are people surprised when they learn that you played the Thing?’ CC: ‘Yeah (laughs), a lot of people are. They think, you know, it’s kind of a cool thing and so do I, by the way. It’s very unique. I was the first one to be able to play the Thing and to have it be so anatomically correct for the character was also a plus. I think, too, the fans that watch the movie, don’t get caught up in who these stars, the movie stars, are supposed to be and are able to get into the story of the characters. They’re not watching a name, they’re watching a character. I think that might be an element as well.’ DF: ‘That’s a good point. I never thought of that. It allows the audience a chance to get lost in the characters rather than thinking about who’s playing them.’ CC: ‘Yeah, correct. Even back then, you know, twentysomething years ago, the people who were portraying the characters were good solid actors and most of us had a pretty good resume behind us, though we weren’t A-listers. You know, we were all working in the industry. I think that shows a lot with Oley, the director, and you know, it’s too bad what happened, but I think, all in all, to answer your question, I think when you watch the movie, you get the idea that this isn’t, you know, people who make twenty million dollars per picture. These are people who work for scale (laughs) and worked their asses off.’”

"Donald Trump, A Festival Favorite, And The Weekend That Was": Essential commentary from Tomris Laffly at Film School Rejects.

“Once Trump’s vulgar, subhuman bragging about sexually assaulting women took the political, social and culture landscape by a complete storm (and even found its way to the perennially classy NYFF), its echoes caused a domino effect online. First, New York Times bestselling author and social media maven Kelly Oxford asked women to tweet at her their first sexual assaults on Friday. Thousands and thousands responded with grim stories; the tellers of some (like myself) a lot luckier than others. Then the ever-growing online talk finally found disturbing cracks in our own ‘Film Twitter’ community too. A young woman, who tweets from @spacecrone, bravely spoke up about the assault she’s been subjected to by film writer Devin Faraci. (Faraci stepped down from his post at Birth.Movies.Death. Earlier this week, abuse stories about writer Chase Whale started surfacing, too.) Meanwhile that very same day on Sunday October 9, we watched a second blood-boiling Presidential debate where the said arrogant sexual assault boaster interrupted, threatened, bullied and attempted to intimidate an intelligent and supremely qualified female presidential candidate as she smiled, shrugged, and held her breath, while getting her points across with seeming ease and good manners. Huffington Post’s Jessica Samakow correctly identified Hillary Clinton as ‘every woman’ following Sunday’s debate; one that has learned to put up with this kind of male behavior at home, on the street and in conference rooms at work. On her blog, Baltimore Magazine’s Max Weiss accurately dissected the well-behaved woman she saw on stage and explained why Clinton’s fine decorum was a victory. As I watched Clinton, the well behaved every woman routinely disrespected by a bully, my female blood boiled inside my female soul, and my mind skipped back to the New York Film Festival. But more precisely, to Maren Ade’s ‘Toni Erdmann.’” 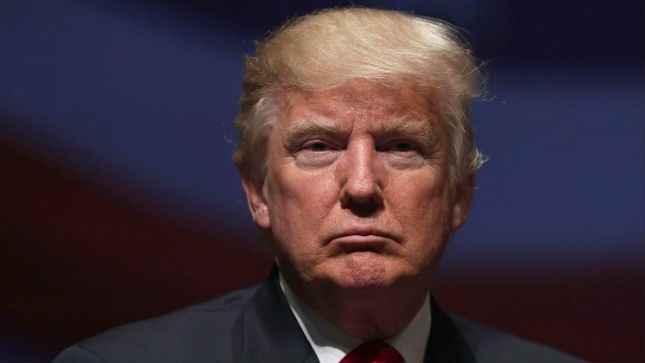 "The election is already over, and we've all lost": A tough but vital read from The Hill's Judi Zirin-Hyman.

“Truth no longer matters. A man can talk about his fervent faith and moments later decry as false quotes that are clearly verifiable-on camera or in writing. In the realm of political expedience, even those wanting to legislate religious principles find the Ninth Commandment, thou shalt not bear false witness, negotiable. For politics, never known as a clean and honest business, even the facade of decency is being ripped away, giving way without protest to clickbait and sound bites. Even pretense is obsolete. Rape cases, illegalities, open hate or disdain, unconstitutional propositions, constantly changing positions... Candidates under investigation, pointing fingers, the thrust of each campaign premised on being the lesser of evils. The idea of consistency is outré or laughable. We have collectively either embraced or fallen prey to a culture that has given up gravitas and an expectation of, if not ‘truthfulness,’ propriety. What's left and lauded is the ability to immediately influence public opinion, in whatever way, for whatever purpose. In that realm, Russian President Vladimir Putin becomes touted as a great leader. Deposed Libyan leader Moammar Gadhafi too. Also, for that matter, Mussolini, Hitler, and whoever else (even without the immediacy of today's powerful and widespread media presence) could manipulate people and culture to achieve whatever purported ends. It's Machiavelli meets the internet, and in the contemporary instant gratification/advertising/spin culture, what "wins" is whatever works for the moment.” 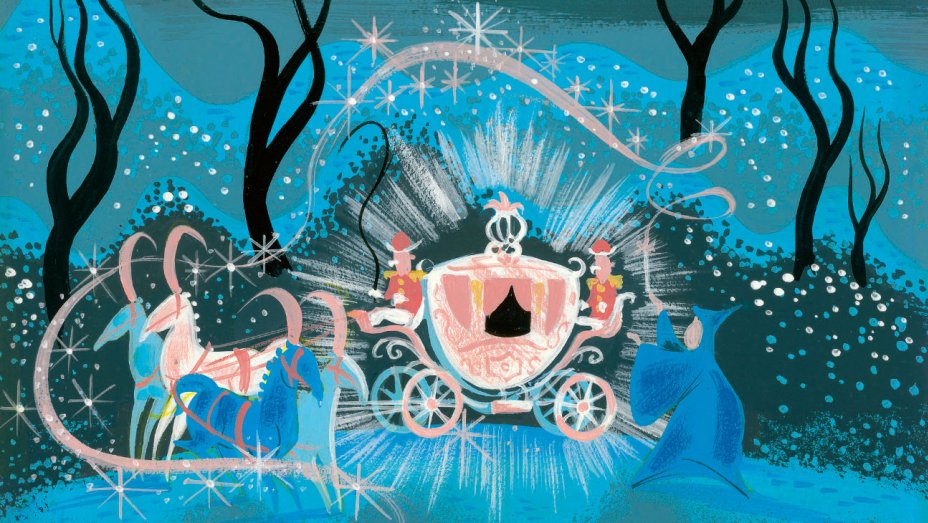