"By avoiding the conventional, 'The Martian' broadens its message": A terrific piece by Noah Gittell at The Liberty Project.

“Almost every ‘lost in space’ movie features characters with a family back on Earth, including ‘Apollo 18,’ ‘Armageddon,’ ‘Deep Impact,’ and ‘Interstellar.’ Even ‘Gravity’ featured a riff on this: Sandra Bullock's character has a kid, and even though the child is deceased, it is a motivating factor for her and a key piece of her characterization. So why did ‘The Martian’ buck this trend? There are a few possible reasons. The film largely stays true to the book it is based on, and author Andy Weir, who is single, has claimed that Watney is modeled on himself. Maybe it's as simple as that. But it's easy to imagine the studio pushing screenwriter Drew Goddard to add a family for Watney for the same reason so many other space epics have included one: to ground the story in something relatable, a human-scaled counterpoint to the special-effects driven spectacle. Typically, it's an emotional hook for any parents in the audience; anyone who has been separated from their children can relate to the pain of being thousands of miles apart. Since the filmmakers did not capitulate to those conventions, they must have had a reason, and I think it’s tied to the film’s social purpose. Removed from the insular drama of one family, Watney's struggle for survival has been read as humanity’s struggle –  an allegory for the larger problems that face mankind, especially climate change. Considering this, it’s easy to see how the film is designed to appeal to Millennials, the generation who must develop the ability to combat climate change and other world crises.” 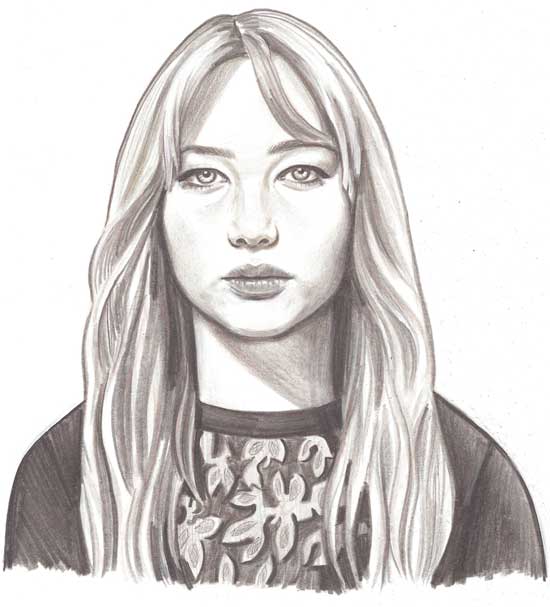 "Why Do I Make Less Money Than My Male Co-Stars?": A vital, honest essay penned by Jennifer Lawrence for Lenny Letter.

“It’s hard for me to speak about my experience as a working woman because I can safely say my problems aren’t exactly relatable. When the Sony hack happened and I found out how much less I was being paid than the lucky people with dicks, I didn’t get mad at Sony. I got mad at myself. I failed as a negotiator because I gave up early. I didn’t want to keep fighting over millions of dollars that, frankly, due to two franchises, I don’t need. (I told you it wasn’t relatable, don’t hate me). But if I’m honest with myself, I would be lying if I didn’t say there was an element of wanting to be liked that influenced my decision to close the deal without a real fight. I didn’t want to seem ‘difficult’ or ‘spoiled.’ At the time, that seemed like a fine idea, until I saw the payroll on the Internet and realized every man I was working with definitely didn’t worry about being ‘difficult’ or ‘spoiled.’ This could be a young-person thing. It could be a personality thing. I’m sure it’s both. But this is an element of my personality that I’ve been working against for years, and based on the statistics, I don’t think I’m the only woman with this issue. Are we socially conditioned to behave this way? We’ve only been able to vote for what, 90 years? I’m seriously asking — my phone is on the counter and I’m on the couch, so a calculator is obviously out of the question. Could there still be a lingering habit of trying to express our opinions in a certain way that doesn’t ‘offend’ or ‘scare’ men?”

“The volume of Koch Industries' toxic output is staggering. According to the University of Massachusetts Amherst's Political Economy Research Institute, only three companies rank among the top 30 polluters of America's air, water and climate: ExxonMobil, American Electric Power and Koch Industries. Thanks in part to its 2005 purchase of paper-mill giant Georgia-Pacific, Koch Industries dumps more pollutants into the nation's waterways than General Electric and International Paper combined. The company ranks 13th in the nation for toxic air pollution. Koch's climate pollution, meanwhile, outpaces oil giants including Valero, Chevron and Shell. Across its businesses, Koch generates 24 million metric tons of greenhouse gases a year. For Koch, this license to pollute amounts to a perverse, hidden subsidy. The cost is borne by communities in cities like Port Arthur, Texas, where a Koch-owned facility produces as much as 2 billion pounds of petrochemicals every year. In March, Koch signed a consent decree with the Department of Justice requiring it to spend more than $40 million to bring this plant into compliance with the Clean Air Act. The toxic history of Koch Industries is not limited to physical pollution. It also extends to the company's business practices, which have been the target of numerous federal investigations, resulting in several indictments and convictions, as well as a whole host of fines and penalties. And in one of the great ironies of the Obama years, the president's financial-regulatory reform seems to benefit Koch Industries. The company is expanding its high-flying trading empire precisely as Wall Street banks – facing tough new restrictions, which Koch has largely escaped – are backing away from commodities speculation.”

"I Want It That Way: 'Magic Mike XXL'": Willow Maclay savors the pleasures of Gregory Jacobs's crowd-pleaser for Curtsies and Hand Grenades.

“The most lavish sequence in the entire movie is the final set piece where 2 dancers mirror each others moves in a sequence that's like if Cocteau and Minnelli decided to craft a scene around stripping together. It is gorgeous, perfectly choreographed and resonant. Despite all of the attention paid to dancing one thing becomes clear, Zoe's face is the true focal point of the action. She's always lit just a little bit brighter than everything around her and the framing and choreography work around her reaction. There is one moment where Mike picks her up and places her head between his legs and there's a zoom in on his face, but then goes right back to her own reaction. The camera pulls out from the action to showcase the symmetry and dancing, but always comes back looking for her approval by focusing on her face. She goes from embarrassed to flattered to enraptured by the time things close up and Mike asks her if she got her smile back. She did.The stark difference between the first movie and XXL is the intended audience of the dance. In ‘Magic Mike XXL’ the women are always key instead of the act of stripping itself. Soderbergh's movie was never about getting a warm reaction out of the audience members, but Gregory Jacobs picture is obsessed with earning a smile. DJ Khaled's ‘All I Do is Win’ plays over the films closing moments, and winning in this instance was about approval from the woman in the gas station to Zoe and in the audience. This was about making women happy. It made me happy.” 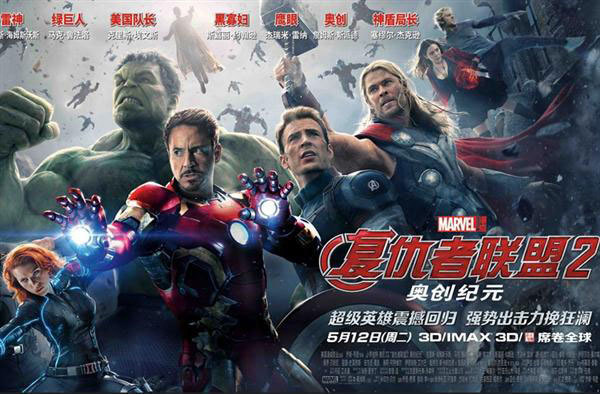 “Before ‘American Hustle’ (2013) was an Oscar-winning film, it was an unproduced screenplay floating around Hollywood with the ‘aggressive’ title of ‘American Bulls—t,’ according to Screenshadow.net. It’s not hard to imagine why the name was changed. But it is less clear why, in China, ‘American Hustle’ was translated as 美国骗局: literally, ‘United States Cheat Bureau,’ according to the language learning service Babbel. In Spain, ‘The Dark Knight’ ended up sort of better than the original, as ‘Batman: El Caballero de la Noche.’ Translation? ‘Batman: Knight of the Night.’ In Norway, another improvement: ‘Die Hard’ became ‘Aksjon skyskraper,’ literally ‘Action Skyscraper.’ Localization, the process of adapting a work for a foreign market, has been going on for decades in the movie business. But if the names seem increasingly obtuse or just weird, there’s a reason for that: the bottom fell out on the translation market. Like most other areas of skilled labor, film translation has changed substantially in the past few decades. Dean Remy, of GlobalVision International, a US-based translation outfit, doesn’t bother with movies anymore for exactly that reason. ‘We've done a number of Sony productions in the past, but we've kind of moved away from that,’ he says. His translators are heavily accredited, with advanced degrees and translation certifications, and they simply can’t translate for a penny a word.” 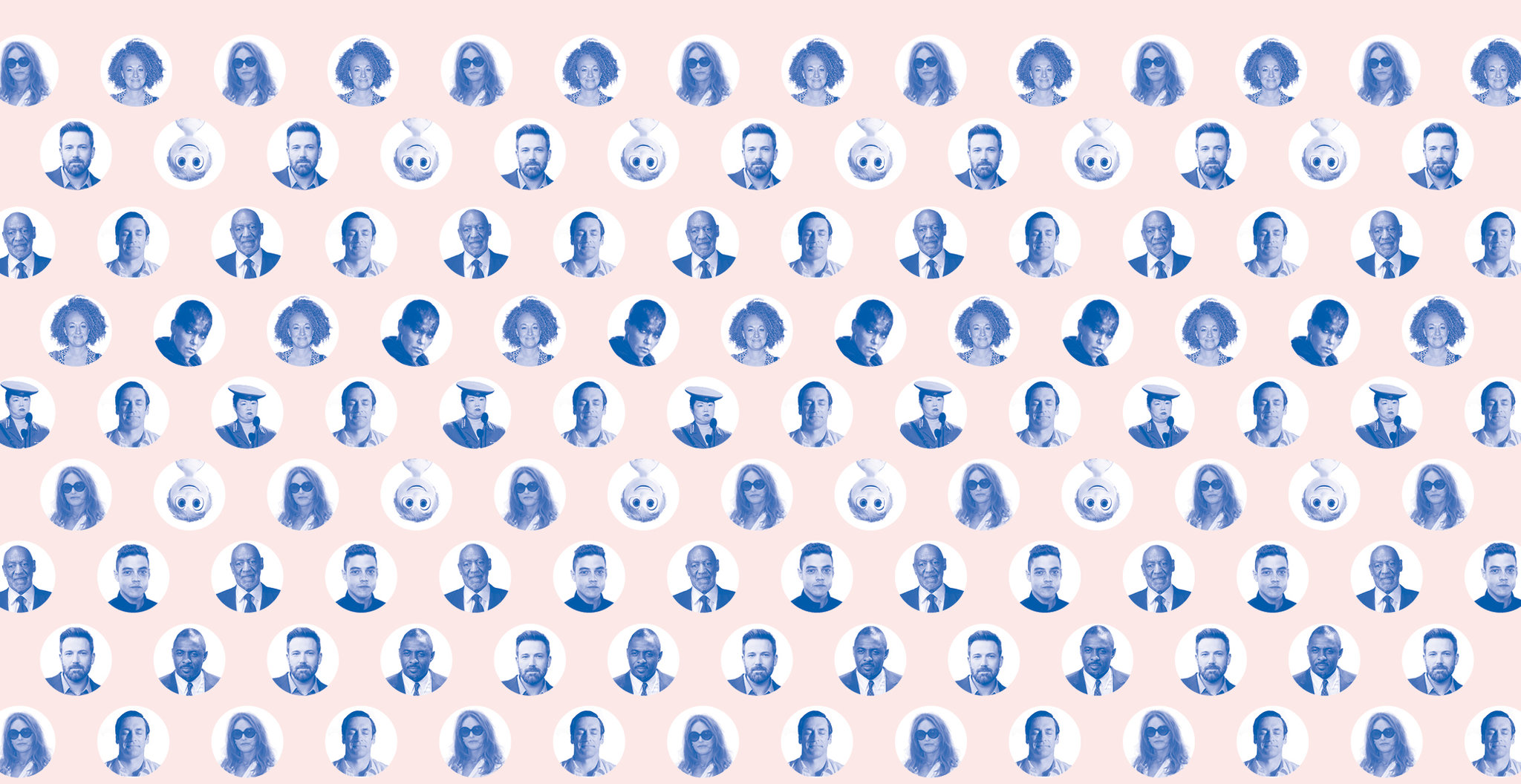 "The Year We Obsessed Over Identity" by Wesley Morris of The New York Times is an essential read.

Help fund Craig D. Lindsey's Indiegogo campaign that will raise money for charities while enabling him to walk the bridge viewed in the video above. Today is the final day of the campaign.