The Best Sports Game on the Market Goes Mobile

For years, EA Sports' “Madden” was the clear frontrunner when one would ask a video game critic what the best sports simulation was in the world. Sure, there were fans of “FIFA,” “NHL,” and Sony’s “MLB The Show” franchises, but “Madden” became such a brand that I’m convinced there’s now a whole generation who associates that word with a game instead of a former player, coach, and broadcaster. While “Madden” still does very well, and took some risks this year, I’ve felt something of a shift in the landscape over the last half-decade, perhaps as a reflection of the decline of the NFL or just perhaps because it’s such an incredible game, but the “NBA 2K” series from 2K Sports has arguably taken the throne. I’ll say this—I always played sports games as really just companions to my interest in the actual sport, but the “NBA 2K” series actually made me a bigger fan of real basketball. And if you’re wondering why a site like this should look at the world of sports games, it’s because professional sports continue to serve a similar purpose to film and television, providing an escape from the everyday, and often better storylines. How can the excitement of a real competition translate to a video game? And as more and more sports franchises have sought realism in their simulations, how are the two working together?

The biggest development this year for “NBA 2K18,” is that they’re launching the newest season on the remarkably popular Nintendo Switch. The breakthrough, landmark franchise is trying to do something that’s new for an entire generation of gamers. Nintendo has never really been known for sports games, and didn’t have a single basketball game for any of its systems in a half-decade. This is like expanding a pro team to a new city—will the fans be there? And will the team be any good? 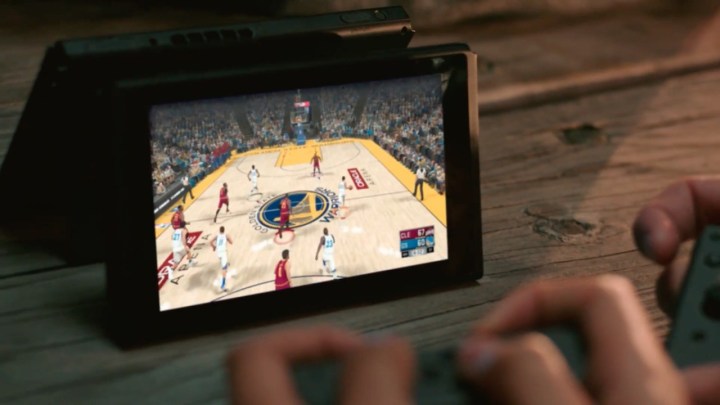 Sadly, the answer to the last question is a little mixed. I still adore the “NBA 2K” series, but the Nintendo Switch version comes with some frustrating quirks and troublesome gameplay that remind me of where the series was on the PS3 several years ago. Now, even that kind of a technical accomplishment on a platform that one can take in their bag on the Metra train is remarkable. The idea that console-quality games with this kind of depth can be portable is something most companies wouldn’t have considered recently. This is a game that boasts all of the modes and features of the much-more-robust systems of the PS4 and Xbox One. Sure, there have been PSP basketball games in the past, but they never had this kind of depth, and they weren’t a part of the wave of critical and commercial success that is the Nintendo Switch, the most impressive new system of the last decade. But while I so want to embrace every aspect of “NBA 2K18” on the Switch simply because it exists, there are some glitches and inconsistent gameplay here that may tempt you to throw the expensive system across the room.

First, the great, and there is admittedly a lot of it. As in recent iterations of the “NBA 2K” franchise two elements stand out—presentation and depth. The broadcast-style look of the game is remarkable, even if the graphics on this edition don’t compare to my experience with “NBA 2K17” on the PS4 last year (and a lot of this year too … this series can get kind of addictive). Once you get past the blocky look of some of the faces in close-ups, the game looks incredibly similar to what you find on other consoles. The game flows smoothly from one basket to the other, including the same interstitials and broadcast graphics you would find on a PS4. From a distance, it looks nearly identical.

The differences only surface when you look closely or play for a few hours. More than recent “NBA 2K” releases, the on-court action sometimes feels like predetermined animations kick in. What I mean by that is, for years, sports games used to sacrifice realism for excitement. A Wide Receiver in a football game would have magnets on his hands and be impossible to cover because the game decided he was going to catch that ball at that time. There were moments in my Switch “NBA 2K18” experience that felt frustratingly out of my control—moments in which my defense was exactly right and the opponent would score or moments in which I was wide open and would miss. Now, of course, this is the way the real sport often works too—it can be unpredictable—but there’s a difference between the spontaneity of the real thing and those moments in which you feel like a game’s design is beating you more than you’re beating yourself. 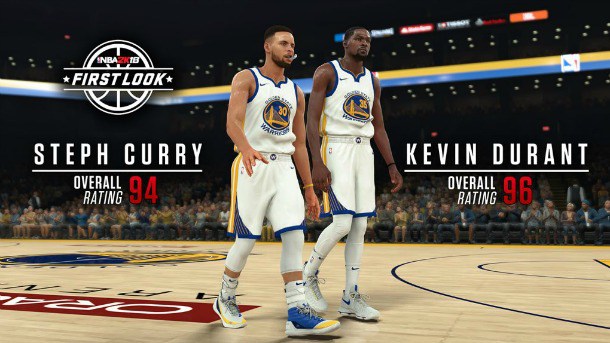 The truth is that the recent annual installments of “NBA 2K” on the PS3 and PS4 have probably spoiled me. Those games have gotten more refined and remarkable every single year, and it makes sense that the first Nintendo Switch version would have a few growing pains that come by virtue of moving to another console. A warning is in order, though. Having played hours of games in the “NBA 2K17” edition, I was stunned at how awful I was at this one. The timing is a little different on shooting, and the general flow of the game feels clunkier—and just a little difference in timing can take you from a Pro to a Rookie. Those who have never played before may actually be better off than those of us who think they know how to drive this car but have to adjust. And even after I did adjust to the timing, there were gameplay dynamics that felt more unrefined here than recent console versions. Perhaps that’s unfair, but I imagine there will be a lot of people familiar with the console game coming to this one and you should be warned that it’s not quite the same beast.

What is the same and what is so remarkable is the depth. Want to play a career mode? MyCareer is back (and, to be fair, looks a little clunkier on Switch too). Want to play a full season, which is my favorite way to tackle a sports game? There are multiple ways to do so this year, including a new focus on coaches—their styles both in gameplay and even in the boardroom. And, once again, you can play legendary teams and players. “NBA 2K18” wants to be everything you could ask for in a basketball simulation. If this Switch version suffers a little bit, it’s largely because of how remarkable the recent PS4 and Xbox One versions have been. The Switch will catch up. And the “NBA 2K” franchise will continue to lead. It’s a series that doesn’t just simulate the sport on which it is based but work in conjunction with it, going to players, coaches, and leaders of the NBA and asking for ways in which they can improve. The first “NBA 2K” game on the Nintendo Switch may not be an undefeated champion, but one can see that potential in the future for this series on this platform.