The current Criterion Collection release of Terence Davies' 1992 masterpiece, "The Long Day Closes", marks the film's DVD/Blu-ray debut on American home video. What follows is an excerpt from the book on the work of Terence Davies, which is currently being written by our contributor, Michał Oleszczyk. The book will be published in 2015 by Miniver Press, owned by our contributor Nell Minow.

"(…) an incident in which the elation of liberty and the pain of exclusion were indistinguishably mingled."—Henry James, The Portrait of a Lady

The main theme of "The Long Day Closes" is spelled out right in its title sequence, in which a dimly lit flower arrangement withers before our eyes, even as Boccherini's minuet from "String Quartet in E" plays on the soundtrack and the elegant, curly font announces the names of the film's cast and crew. The music, with its near-obtuse good cheer, is totally oblivious to the falling petals and indifferent to the beauty that dies. The sounds never age, it seems; they persist long after physical objects have disintegrated. The first of many songs we hear in the movie—Nat King Cole's rendition of "Stardust"—tells us as much:

You wander down the lane and far away
Leaving me a song that will not die
Love is now the stardust of yesterday
The music of the years gone by.

"The Long Day Closes" is Terence Davies' masterpiece, a film that was nominated for and deserved to be awarded the Palme d'Or at Cannes Film Festival in 1992 (Bille August's "The Best Intentions" won), and instead fell into near-oblivion (it wasn't even released on European DVD until 2008, with the current Criterion Collection edition finally alleviating the film's absence from American home video). It is so perfectly executed and meticulous, it seems to have emerged straight from Davies' consciousness, without alteration or interference. As the cinematographer Michael Coulter aptly put it: "[Terence] had already made the film in his head (…) and we immortalized it." 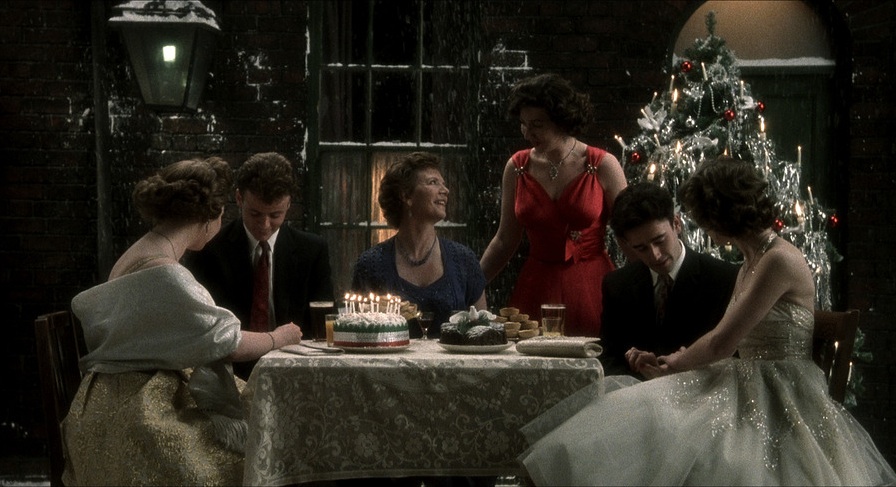 The reason for "The Long Day Closes" staying relatively obscure for such a long time—despite enthusiastic praise bestowed upon it by many influential critics, including Roger Ebert, J. Hoberman and Armond White—may be its diaphanous nature and radical delicacy. Watched carelessly, the film all but evaporates, getting lost on many viewers who deem it too inessential to register. It's a portrait of family life completely free in its associations—barely a narrative at all. The actual themes of the movie (the fear of budding gay desire and the abhorrence of death) are woven into the tapestry of beautiful images so seamlessly (and are never directly mentioned in the dialogue), I have met many viewers who failed to even notice them—and not necessarily by any fault of their own. Unlike the anguished howl that was "The Terence Davies Trilogy" (1976–83), this is the movie in which Davies is whispering his messages in a hushed-down voice that seems directed at an audience caring enough to lean forward and listen. 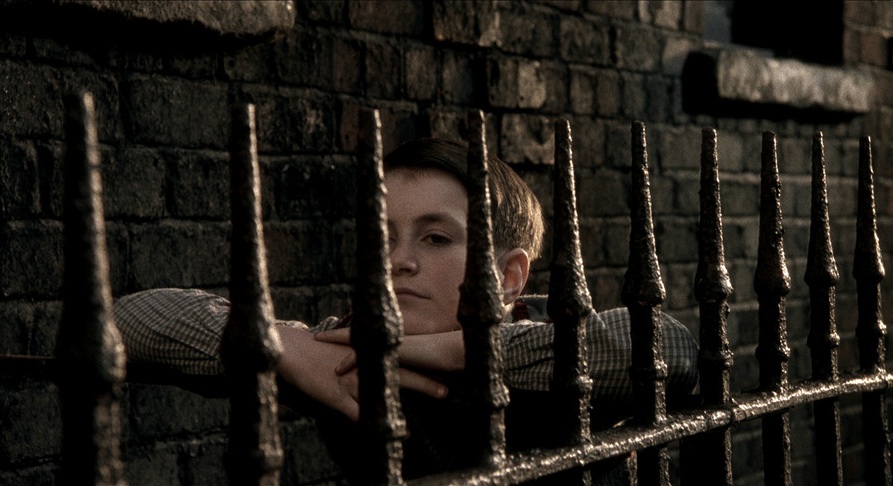 The 11-year-old Bud (Leigh McCormack) is the youngest child in a working-class family in Liverpool in mid-1950s, spending all his free time going to the movies, often with his adult sister Helen, or "Titch" (Ayse Owens). Even when he's not at a movie theater, Bud still engages in multiple forms of fantasy and spectatorship. Impressionable, perceptive, shy and forever in a state of heightened sensitivity, he soaks up the world around him and finds comfort in its everyday rituals. His love for his mother (Marjorie Yates) is boundless. His two brothers, Kevin (Anthony Watson) and John (Nicholas Lamont) are about to marry, following the pattern of what is deemed a normal life at this particular time and place. His father is nowhere to be found. His eyes wander towards the beauty he finds in other men's bodies.

In other words, he is the boy we know from the Trilogy…and did not find in similarly autobiographical "Distant Voices, Still Lives" (1988)—the one who will grow up to be Terence Davies (the last name is actually mentioned twice in the dialogue, unlike in any of the previous installments of the autobiographical cycle). It is only in the light of this recognition that we can tell that death has just freed Bud from his brutal and abusive father, since that crucial absence is never explained or referred to in the film itself. "The Long Day Closes" is a chronicle of the transitory period between the end of horrific domestic violence that defined Davies' early childhood and the full realization of his homosexuality, which resulted in cataclysmic guilt. He was seven when his father died and eleven when he entered secondary school: he himself refers to the period in between as "four years of happiness". "The Long Day Closes" focuses very specifically on the years 1955 and 1956, a time when Davies left an elementary school run by nuns and continued his education in an all boys' school run by stern male teachers prone to administering corporal punishment. It is there that he also first experienced daily bullying we remember from "Children" (1976), which is merely hinted at in "The Long Day Closes" (although two signature lines of his attackers—"Who's a fruit, then?" and "If you snitch, we'll get you tonight!"—are repeated with familiar menace). What's present is the slowly emerging awareness of being different in a way that's associated with exclusion and/or damnation. In sharp contrast to "Distant Voices, Still Lives", which it superficially resembles, this film is profoundly, almost disturbingly solitary. It is a snapshot of paradise with seeds of future torment already taking root. 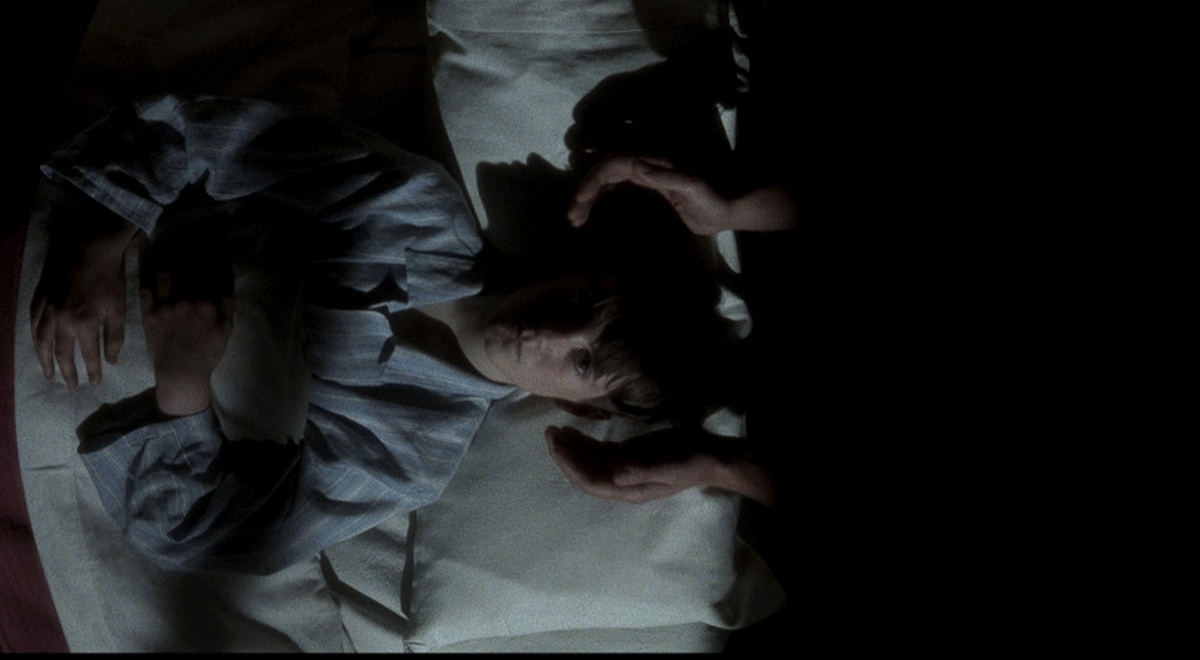 For Bud, becoming a sexual being triggers the flood of religious guilt that will torment his soul and render it effectively numb. As a preacher on the radio says in the title of one of his sermons, sin can cost an individual "no less than heaven". What's more, Catholic doctrine is only a part of the shame load put on Bud's back: the mid-1950s weren't gay-friendly no matter the place, creed or cultural frame of reference. In "The Elusive Embrace", a brilliant book about the nature of gay sexuality, Daniel Mendelsohn (born in 1960) notes that "[t]here is no gay man of my generation whose first experience of desire was not a kind of affliction, that did not teach us to associate longing with shame".

All this can be overlooked if one only stays on the surface of the film. For on the most basic—not to say shallow—level, "The Long Day Closes" is yet another "love letter to the movies"; a séance of sorts at which Davies is summoning the ghosts of films past and offers an immersion into his own childhood love affair with the moving image. Seeing the film this way (as a kind of Liverpudlian riff on Giuseppe Tornatore's "Cinema Paradiso") is at once justified and completely wrong. The movie does contain images conveying its main character's utter delight at movie watching, and one of them—that of Bud leaning against the balcony of a movie theater, with the projection beam shooting from behind his back and framing his face with a halo—even became Museum of Modern Art's still of choice, used to advertise movie screenings offered in its program. In some ways, Davies is paying tribute to the experience of watching in terms similar to those chosen by Marcel Proust, who celebrated his youthful love of books in an essay "On Reading":

"There are perhaps no days of our childhood we lived so fully as those we believe we left without having lived them, those we spent with a favorite book. (…) If we still happen today to leaf through those books of another time, it is for no other reason than that they are the only calendars we have kept of days that have vanished, and we hope to see reflected on their pages the dwellings and the ponds which no longer exist."

Davies' film is itself an act of leafing through sounds and images. It's an ecstatic recollection of bursting with joy as the theater lights were going down and the projection was about to begin. As one looks at that iconic still of Bud beaming with pleasure, it's easy to forget it belongs in a movie of immense sadness. Davies projects sense of loss upon a state bliss, rendering the latter as both precious and impossible to regain. 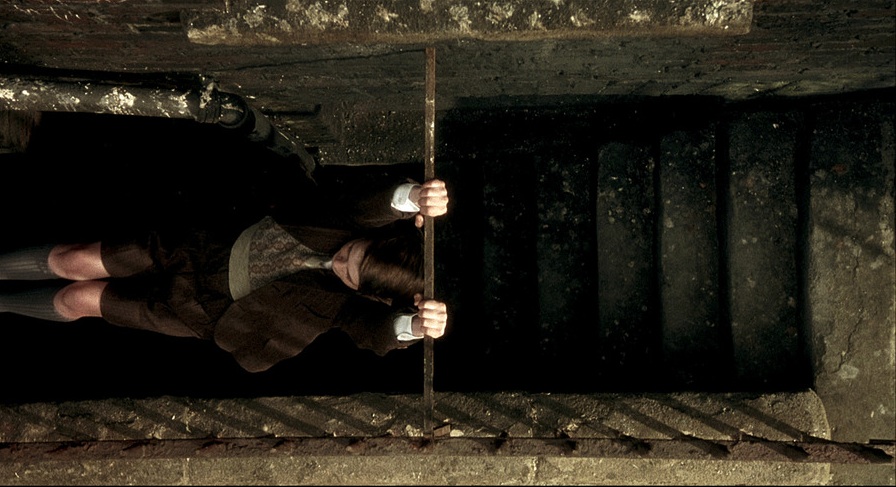