If you’re an Oscar completist, you owe it to yourself to catch up with the Oscar-nominated short films, which are once again being made available thanks to Shorts TV and Magnolia Pictures, starting February 10th. The theatrical releases of these programs get more successful with each passing year and are a great gift for the most curious of film lovers. If you don’t live near a theater playing these shorts, you’re still in luck. Starting February 21st, the shorts programs will be available on several streaming services (including iTunes, Amazon and Google Play). Two of the Documentary Shorts, “Extremis” and “The White Helmets,” are currently available on Netflix. 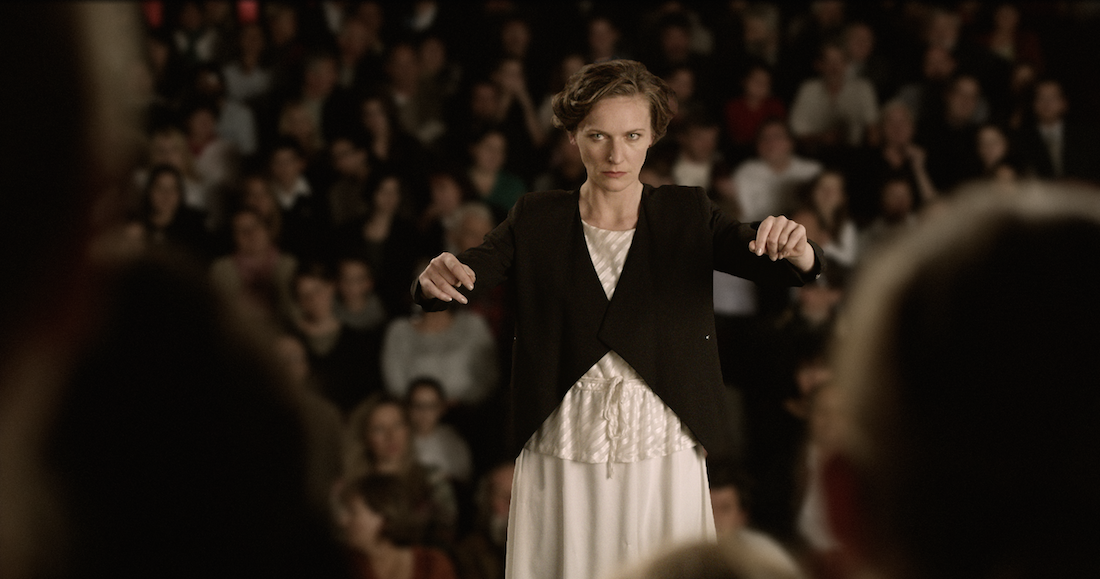 The film I’m rooting for is “Sing,” in which a young girl joins a chorus at a new school and is told by the choir teacher to lip sync so no one will hear her voice. The young cast is terrific and how the kids deal with the situation will have the audience cheering. In “Silent Nights,” a volunteer at an immigration shelter in Denmark falls for an illegal immigrant, who runs into racism and harassment everywhere he goes. The cast is likable, but the direction and script could use more subtlety and it crams way too much into a 30-minute film. By the end, "Silent Nights" loses the emotional punch it so desperately wants.

In what will likely be an audience favorite, the Cannes award-winning “Timecode” tells a charming and magical story about a parking garage security officer who is asked to investigate surveillance footage for possible vandalism. Soon enough, she finds video of one of her co-workers practicing dance moves on the job. An unusual, wordless relationship between them ensues. In the well-acted and dialogue-heavy “Ennemis interieurs” (Enemies Within), an Algerian with a police record applies for French citizenship and faces a tough line of questioning from an official to the point where he is asked to name names. The flashbacks are done exquisitely and minimally with just the simplest visuals to convey a life story. “La femme et le TGV” tells the story of a lonely woman who waves at a passing train every day from a window in her house only to find a letter from the driver who acknowledges her presence. They start writing to each other the old fashioned way. It’s a little too slight and the ending leaves more questions than answers, but it’s directed with high energy. 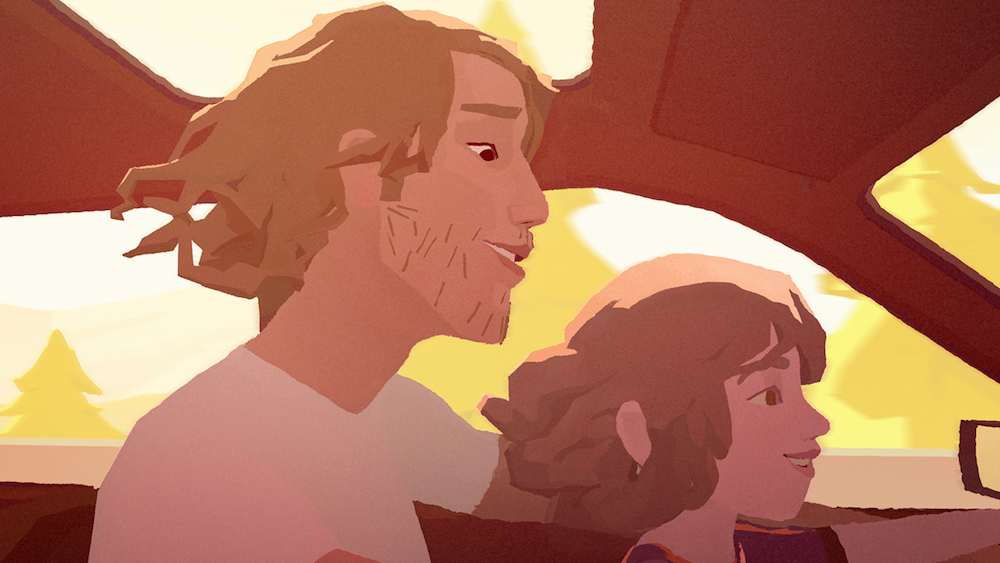 Almost every animated film nominated is a personal look at the past, with the exception of the typically adorable Pixar offering “Piper,” which tells its story from the point of view of a baby seabird who is taught to feed itself and hunt for shells using the waves of the ocean, a lesson with perilous moments. In the tragic and heartfelt “Borrowed Time”—the “Manchester By the Sea” of animated Westerns—a man returns to the site where a mistake long ago cost him his father’s life. My personal favorite is “Pearl,” in which a tape recorder holds a key to the memories of a woman’s father and their life on the road and beyond. It’s a fast-paced tale that crams decades of experience into five minutes that is alternately joyful and bittersweet. The Canadian offering “Blind Vaysha” is a fable about a little girl who was born with one eye that sees the past and one eye that sees the future. The present is a blind spot. The film’s thick colors and narration by Caroline Dhavernas give it an intriguing picture book quality that will appeal to fans of Neil Gaiman.

“Pear Cider and Cigarettes,” in which a man revisits a troubled alcoholic old friend in China to try and get him to stop drinking and come back home to Vancouver, is the longest of the bunch. It clocks in at 35 minutes, which is unusual for films in this category. The graphic novel, noir-style certainly distinguishes itself from the pack and may be the most ambitious, but viewers may grow weary of a tale as despairing as this and wish it were shorter. The film will be screened at the end of the program with a warning to parents about its mature content. The Animated Shorts program will be filled out with three additional animated films (none of which were in the screener I received): “The Head Vanishes” (9 min.), “Asteria” (5 min.) and “Happy End” (6 min.) 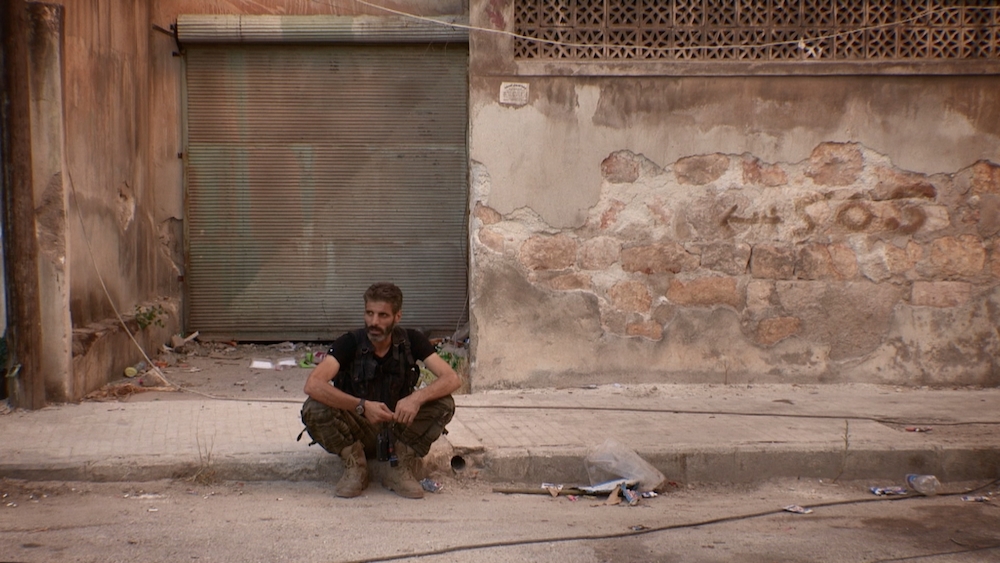 As usual, the Documentary Shorts program will be broken up into two parts, due to the length of the films.

I can’t imagine anyone watching “Extremis” and not being deeply affected by it. The film depicts the emotional toll on doctors, parents, sons and daughters as their loved ones lay in the hospital hooked into breathing tubes and possibly facing death. Heartbreaking and cathartic, the film forces the viewer to ask themselves some painful questions that, at some point in all our lives, will have to be answered. “4.1 Miles” shares the same theme as the Best Documentary nominee “Fire At Sea,” depicting the rescue efforts of a coast guard captain as he brings aboard thousands of Turkish refugees off the Greek island of Lesbos. The video footage of the rescues is pretty raw and the feeling of being overwhelmed by the situation on a daily basis is clearly felt. In “Joe’s Violin,” a 91-year-old holocaust survivor donates his violin to the Mr. Holland’s Opus foundation, which finds the right fit for every instrument donated. The significance of the instrument is not lost on the 12-year-old girl who inherits it. It’s impossible not to be moved when they meet for the first time.

If the award goes to either of these two films (or “4.1 Miles,” for that matter), then this category might result in the most politically charged moment of the evening. “Watani: My Homeland” could easily win, despite being in a tough category; it chronicles the plight of a family of Syrian refugees making the difficult choice of fleeing to Germany after their father disappears. The movie is epic in scope for a short and seems like it could have easily been a feature without losing an ounce of power. That's a high compliment. Of course, it makes sense to pair this film up with “The White Helmets,” a short that, like “4.1 Miles,” depicts rescue efforts of those in danger. In this case, these are first responders—The White Helmets—who rescue people from the rubble of airstrikes on a daily basis in war torn Syria. We’ve seen many rescue scenarios depicted in film, both in documentary and fiction, but the one in this movie will stay with you a long time and will certainly warrant several “where are they now?” follow-up docs for years to come.