In just over a month on Vimeo, Celia Bullwinkel's animated short film “Sidewalk” has amassed nearly 2 million views. No small feat for a short film that did not play Sundance or many of the top-tier festivals. Short films such as this are one of the reasons that this format remains a unique gift for film lovers. In just over four minutes, Bullwinkel depicts the life of a woman as she walks down a random city block. The film is designed to generate conversation about womanhood, appearance, self perception and chauvinism. The multi-cultural, multi-lingual comments on Vimeo and YouTube regarding “Sidewalk” show that the conversation can take many turns, as this film will likely be loved and hated for many different reasons.

Bullwinkel's concept has a nice simplicity. It opens with a mom sending her little girl off to school. As the girl walks, blissfully unaware that childhood will soon end, she suddenly grows a few inches and with new fashion sense, completely confused as to where the time went and how she got that way. She keeps walking. The transformation between the ages takes place through simple wipes done with a street lamp or a car passing by. Every few steps, her appearance and vocation magically change. From college girl to career woman to mom, every choice taking its toll on her physique, as life choices often do. 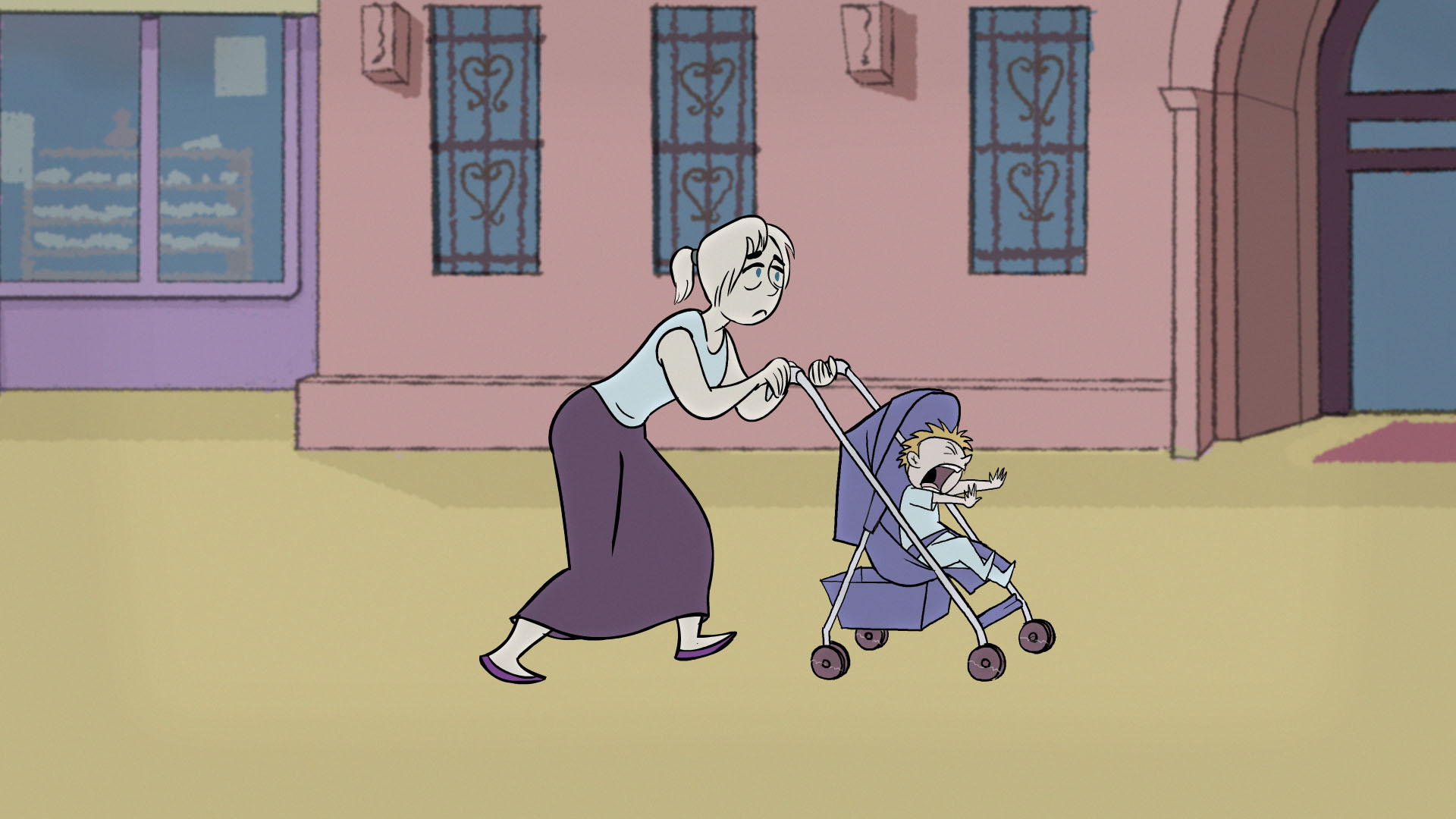 Bullwinkel’s concept takes on the form of a single take shot with a single city street serving as the backdrop. Joshua Moshier’s score alternates seamlessly between saxophone centered jazz and a tender piano tune that might remind some of Michael Giacchino’s score for the opening of Pixar’s “Up,” an appropriate comparison considering the similarities between the two sequences.

Certain little moments of the film will no doubt raise some eyebrows. As she gets older, she notices men either noticing her too much and making catcalls to her or not noticing her enough, which prompts her to start exercising and doing her best to improve her appearance as life and gravity take hold. Such a depiction will be viewed as a cultural step backwards for women who take offense that anyone would base their worth solely on their looks. Because Bullwinkel is a woman and she made a short film about the life of a woman, it stands to reason that “Sidewalk” means to depict what all women think about and how they feel about themselves as they get older.

But “Sidewalk” is not just about women. It is about all people who look at themselves in the mirror every day and have to face who they are, who they were and who they will become. Sometimes people walk through life with confidence and other times, people catch a reflection of themselves in a mirror or window and feel it might be time to head to the gym. Mid-life crises come in all forms and at almost all stages of adulthood. Bullwinkel's film is a funny, heartbreaking and touching portrayal of all such insecurities. 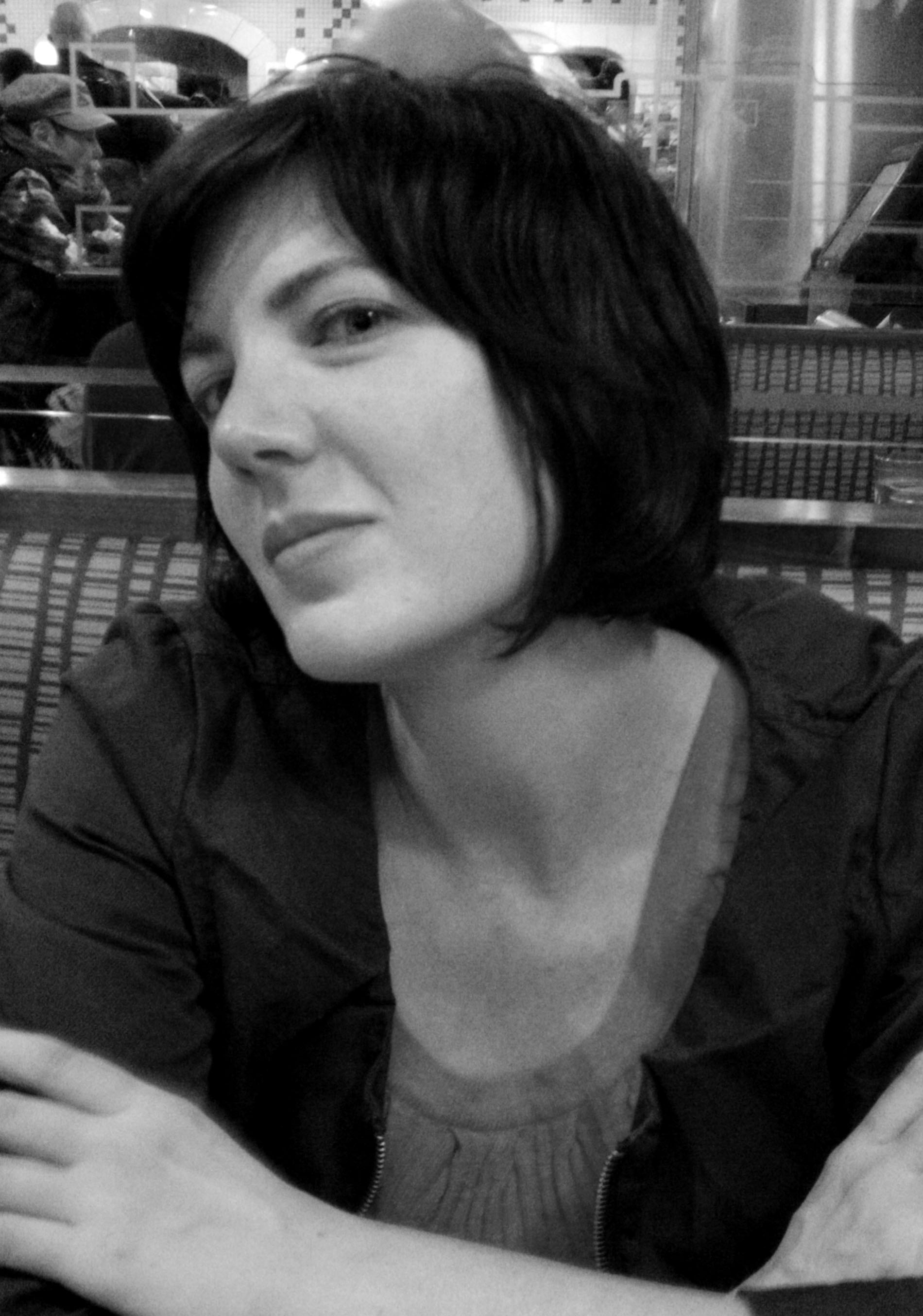 Where did the idea for this film come from?

The idea came from my various experiences with cat-callers in my 20s.  I live in New York, where walking down the street is an unavoidable part of life.  Walk down these city streets for 17 years, and you accumulate quite a few stories!  Films like Maggie Hadleigh-West’s “War Zone” were a big influence on me at first, but I later decided to have my film focus inward, and be about how a woman perceives herself.

As a woman in my early thirties, I couldn’t help but notice ads and emails for anti-aging products showing up in my mailbox.  It was strange; I was actually looking forward to growing older, but it seemed like society was telling me to stop.  “Sidewalk”was my outlet to share my own personal experiences and fears about growing older.  Most importantly, I wanted to share these feelings from a female perspective, which I believe doesn’t receive enough attention in film.

Is there a moment in the film where you look at it and think 'this is where I'm at right now (in life)'?

I see myself in the career stage, pre-child. The parts of the film that really draw from my own life are the girl's stages of adolescence. I didn't embrace womanhood at first, and the awkwardness caused me to hide myself.  I’m looking forward to experiencing my future physical changes and finding out whether or not I portrayed them accurately.

The film has gained quite a large audience in just over a month online. You’re getting the kind of numbers on Vimeo that many filmmakers would dream of having for their short film. What do you think is the secret to its success?

“Sidewalk” is my first independent film, so I couldn’t base my approach on any previous success.  Because of this, I spent three years fine-tuning “Sidewalk”’s story and underlying message.  I drew up at least a dozen different endings, and had to make the difficult decision of cutting almost a minute of completed animation out of the film. When I was really stuck, I hired a screenplay consultant to look over versions of my animatic. I chose to delay finishing “Sidewalk” until the story’s message felt honest to me. 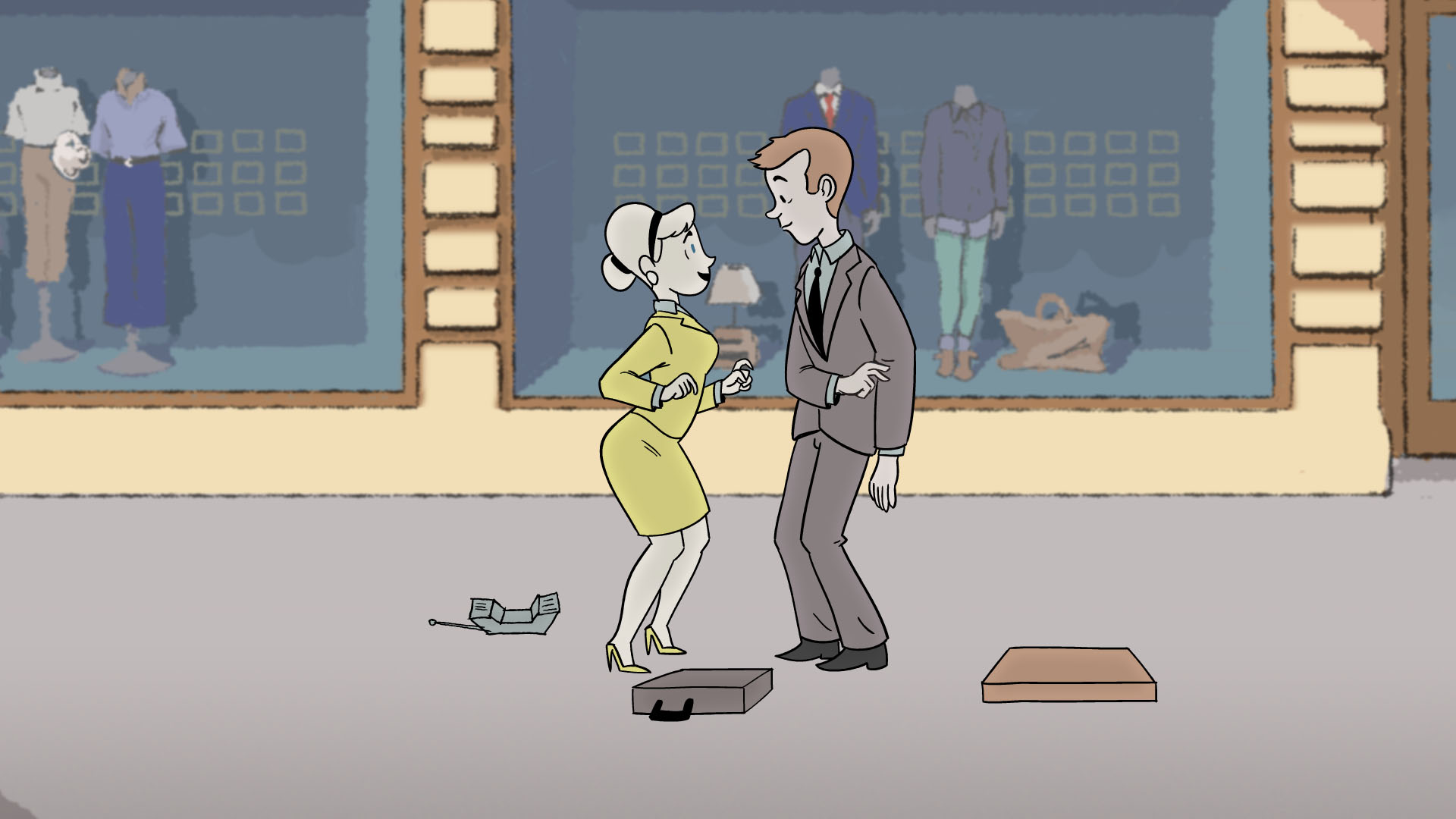 With such a universal subject, its no surprise people have wildly different responses to the film. What are some of the more interesting reactions you’ve heard/read so far?

With “Sidewalk” viewed almost 3 million times on just my personal Vimeo and YouTube, trying to read all of the comments can feel like sipping from a fire hose.  Some viewers say the film was uplifting, while others found the subject of an aging woman too depressing. I also learned that “Sidewalk”’s message didn’t connect with viewers who only connect to characters of their own gender. Male commenters have accused me of portraying men in a negative light, and some even sympathized with the catcallers.

The most rewarding responses are the personal correspondence from viewers who say “Sidewalk” had moved them to tears. Young women struggling with body acceptance have told me what an uplifting film “Sidewalk” has been for them.

Reading the discussion “Sidewalk” has started, whether positive or negative, has been a real treat though. Each time a media outlet like HuffPost, Upworthy, or Good Housekeeping has written about the film, their Facebook posts generated hundreds (and often thousands) of new comments. As a filmmaker, it’s a dream to see that kind of engagement with your work.

Some people have taken issue with the woman suddenly exercising when she sees that men no longer notice her. How do you respond to that?

One of the big lessons I’ve learned is that there are as many interpretations to the story as there are viewers. Each person identifies with the character and her actions through the prism of their own experiences. I probably wasn’t prepared for the intensity and passion of viewers toward the idea, but we make art to express ourselves and hopefully connect with others, so the film has been successful in that regard.

Are you also interested in doing alive-action films or are you primarily an animator?

I love making animation, but I’m not against telling stories in live-action.  In a perfect world, I could jump from medium to medium, depending on the project.  For now, I want to continue exploring stories with the medium I know best.

I’m steering more into 3D animation these days; learning software such as Maya, Nuke, and Zbrush has been my focus for the last three years.  These studies can be seen in my next film, which is a parable about our relationship with cell phones (or technology, for that matter).  Be ready for it in 2015!

Sidewalk from Celia Bullwinkel on Vimeo.