Short Films in Focus: Ramin Bahrani’s “Lift You Up”

A person's philosophy of life tells their story. "You are what you give," says Glyn Stewart in Ramin Bahrani's documentary short “Lift You Up.” "If you don't give nothing, you don't get nothing." Glyn's story is about giving. He has had several heart attacks and that has changed his philosophy and outlook on life, but in his heart of hearts, he has always been a giver. He has worked in hospice care with his deceased girlfriend of 15 years, dressing up as clowns and trying to put smiles on people's faces. Now, he works as an egg inspector. The eggs get used to help feed the hungry. Bahrani's film spends eight minutes with Glyn and by the end, we feel we know him as well as we know our dearest friends.

Glyn is a natural subject for a profile documentary. His optimism and his empathy for others shines through with almost every sentence. But Bahrani digs deeper and finds a broken-hearted soul who still longs to have "[his] woman" back (in Kentucky, he says, you refer to your wife or girlfriend as "your woman" so that nobody messes with her). From the photographs, it appears these two were made for each other. Glyn has also suffered a series of heart attacks at the age of 55, rendering him unemployable and leaving him suicidal. At this point in the film, Bahrani cuts to Glyn walking through a house that has yet to be fully built, a perfect visual metaphor for a part of Glyn's life that, sadly, never fully came to fruition.

But Bahrani is also careful to maintain a bit of light-heartedness throughout the film. Glyn jokes about his eggs, walks among the chickens making chicken sounds and laughs at some of his fondest memories. Chickens and eggs become the recurring audio and visual motif, with Bahrani even asking Glyn his thoughts on the eternal question of which came first. His answer should come as no surprise. The combined efforts of Alex Camillari's editing, Adam Stone's cinematography and M. Lo's score give the film a fluidity and elegance that paint a full picture of a man whose life is filled with drama, but prefers to not dwell on the past. He has too much to give others to worry about what he didn't get in the decades that led him to this point in time. 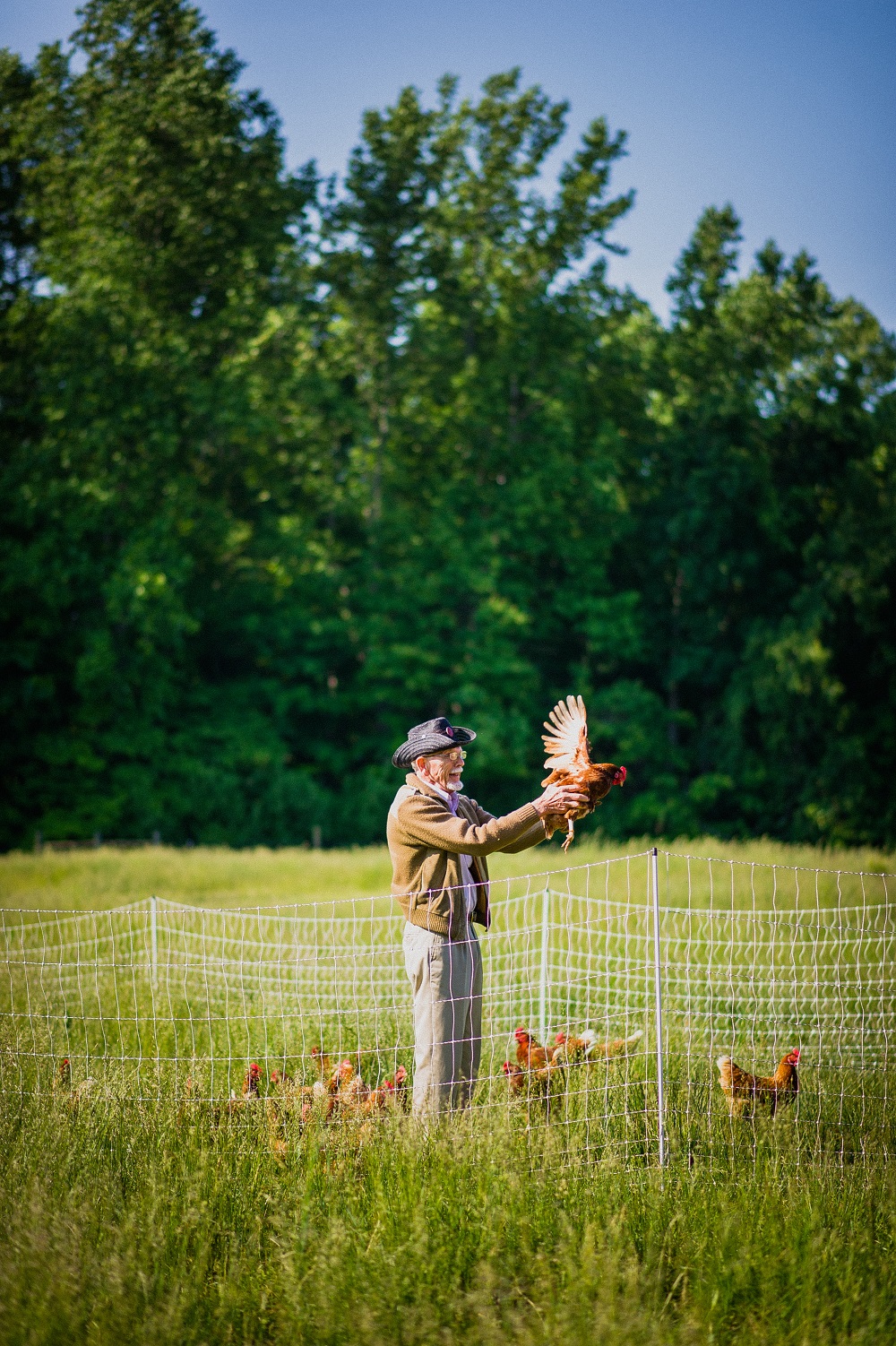 How did you find/meet Glyn?

I met Glyn in a food bank in Winston-Salem, NC while shooting a commercial. He started talking and laughing and then handed me an angel made from paperclips. His goal was to give away 10,000 of them and he was only a few hundred away.

I liked him immediately. He had an electric personality. He was so intent on laughing and hugging everyone, that I assumed he must be harboring a profound sadness. I wanted to know why.

The first thing we hear from him is about him being crazy and yet he has such a generous soul. Why do you think he has this perception of himself?

Glyn says,"I'm crazy, but I'm happy. I always tell people, I'd rather be crazy and happy than sane and sad, and I've never been accused of being sane so I've never been sad."Any sane human being who looks clearly at history and life will have no alternative than to go stark raving mad. I assume Glyn knows he's better off being crazy.

Is there anything else Glyn expounded upon during your time with him that you cut out?

He has had eight heart attacks - and a ninth after we made the film! He's still living, giving and eating eggs.

You made a point to ask him about which came first, the chicken or the egg and it's asked early in the film. Why do you think his answer is so important?

I always wanted to know, and he had an answer. I was also very curious what his late girlfriend's favorite breakfast was. His reply is very specific and moving.

Your narrative films have so much in the way of authenticity.  Do you feel that making short documentaries or profile pieces such as this help keep your instincts sharpened as a narrative filmmaker? Or do short films serve another purpose for you?

I feel free making shorts, because there is no financial pressure. This was my first documentary and I would like to make more. They help me as a writer and person. I am currently finishing a longer documentary about a murder in Texas.

What else is next for you?

I have a new feature script I want to shoot next summer as well as a TV series.