What patience it must take to work in a nursing home or assisted living facility. I often hear how hard it must be to work with infants and/or kindergarteners, to have to talk down to their level and explain concepts to their developing minds. Working with the elderly must be much, much harder, if only because they already know everything they want to know and anything new, especially with regards to technology, scares them. That is a generalization, of course, but the short film “Dotty” does such a great job of conveying this difficulty; we can't help but greatly admire the younger of the two characters, who helps Dotty compose a simple text message.

Or, not so simple. Dotty (Joyce Irving) sits in her room with a woman who appears to be her caregiver (Alison Bruce). Dotty wants nothing more than to send a text message to her daughter. If this were an iPhone, perhaps it would be much easier, but this is a flip phone. The text messaging is not so intuitive. First, she must “unlock” the phone. When she is told this, she immediately starts looking for a keyhole on the device. No, to unlock it, she must press the menu button, then the pound button in fast succession. Then, simply go into the menu, select “text message” and begin to type. Sounds easy, but the look on poor Dotty’s face is enough for the viewer to see that this nurse is in for a long day of explaining the nature of “predictive text” and how to type one letter when you really want another letter. Of course, Dotty thinks she is doing everything right and it’s the phone that has the problem.

Directors Mick Andrews and Brett O’Gorman have great empathy for Dotty. They do a wonderful job in conveying her confusion, while also using sun-lit exterior shots to show the passing of time as a man with a walker makes laps around the sidewalk outside her room. This is a delicately made ten-minute short that puts the viewer in the uncomfortable position of laughing while fully understanding how hard this must be for Dotty. The film has an even deeper resonance upon repeated viewings, the performances by Bruce and Irving growing even stronger. By the end of the short, the viewer is both delighted and saddened, while gaining just a little more understanding of what it means to grow old and to not be able to say the things you want to say, in the way you want to say them. 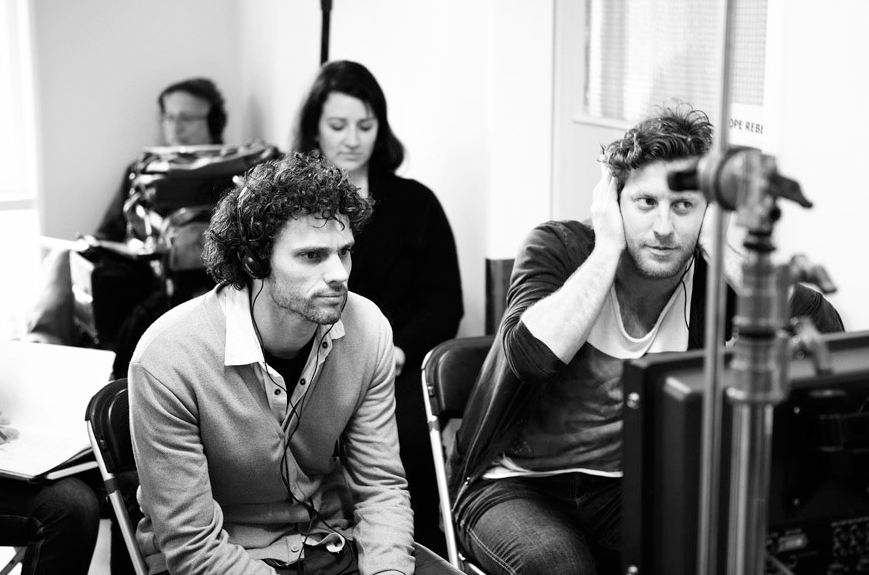 Where did this story come from?

The story wasn’t actually inspired by a real life event, it’s just one of those mysterious things that drop into your head. However, the other director, Brett O’Gorman, and I had just finished redrafting the pilot episode of a TV show set in a nursing home called "Sundowning." So it might have been an overflow from that. Although I had recently seen an old lady struggle with a mobile phone on the bus and was intrigued that something so easy for us can be such a big challenge for someone who didn’t grow up with technology.

Where did you find Joyce Irving?

She has an agent here in Auckland. She acts in the odd TV commercial over here. As soon as Brett and I saw her photo on the agent’s website we said “If that face can act, she’s perfect." And she could and she was.

I saw your follow-up film, "Ron," which also deals with an elderly parent trying to communicate with their child. What draws you to that theme?

I think parent child relationships come with such intense, palpable emotions – emotions we love to tap into. We’re also intrigued with the role reversal that starts to occur as parents get old.

How do you and Brett divide the directing duties?

I make creative decisions, he makes the coffees. Not really. I tend to be the loud guy talking to the crew and reveling in the technical side of things. Brett tends to sit back like a narrative overlord, making sure we’re getting what we need to get.

And as for directing actors, we both absolutely love that so we just take turns. Once they trust us both it works well and provides us with nice variation in the cut.

I’m working on a feature length documentary starring Joyce from Dotty, Brett is crafting the story for a feature film based around a quirky event from New Zealand’s recent history (can’t say too much). Once we have a script for it, we will sink our teeth into directing it together!

DOTTY from Brett and Mick on Vimeo.