The young soul is not always pretty, as evidenced by the chilling young faces of Patient, Guillain and David. Their eyes, their silent war cries, their posturing will remain etched in the memories of those who watch the subjects of Theo Anthony’s documentary “Chop My Money.” These three boys have a look that is so specific and conveys so much lurking within their souls, yet by their young age they have become hardened, self-proclaimed gangsters. “This world is not the world,” says Patient. “I don’t fear because I know they empty.” These are the broken words of a 9-year-old boy living in the Democratic Republic of the Congo who goes by the nickname Bill Gates Congo Man. He fears nothing because he has nothing, except attitude and friends. Yet there remains something about his face that says so much without him saying a word. Patient describes his two cohorts Guillain and David as a God-child and soft-spoken, respectively. “This is my f***ing crew!  We don’t care!”

“Chop My Money” follows a day in the life of these three boys living on the streets of the Congo. They don’t have parents around or any other form of adult guidance. Patient is first seen waking up in a deserted building and washing his face in a puddle of water. When he meets up with his friends, they pal around the town acting as if they own the place. This attitude changes when the military roll through the streets with tanks and armed guards. The boys stand still and watch, perhaps getting a glimpse of their future. One of these kids has a cell phone, which the kids play with at one point, while also doing typical kid-like activities such as practicing flips and cartwheels. At night, things get violent and the gangster lifestyle takes hold amongst Patient and his crew and the other street kids in the Congo who fashion themselves as gangsters as well.

Anthony’s film gives no sense of hope for these three. His point of view is that of an outside observer, but who gives the kids a platform to proclaim their self-perceived high status. He underscores their thug life with a hypnotic score by Dirty Beaches, which sounds like a post-apocalyptic dirge through a dangerous underworld, a sound that perfectly compliments the moral and physical decay that these kids inhabit on a daily basis. It remains a big part of this film’s stylistic appeal and why it works as an experimental narrative, a verite documentary and a music video all at once.

Anthony worked as a journalist in the Congo while making “Chop My Money.” He also acted as the cinematographer for the film. He has a true photojournalist’s eye for composition and lighting. Every shot in “Chop My Money” has has a vibrancy about it, particularly the slo-mo shots of the kids screaming, swimming and walking through the streets. At night, the street lights give off a beautiful golden haze that contrasts with the violence, which Anthony brilliantly conveys with just a series of jump-cuts sandwiched between nothing at all. By the film’s end, we are left again with the faces of Patient, Guillain and David who will likely get up the next morning and repeat the same routine, their wounded, decaying souls not much better for it. 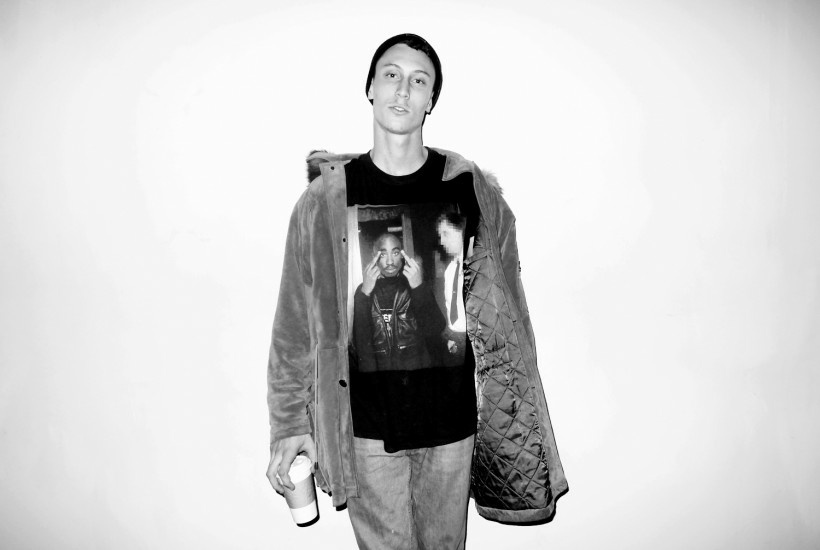 How did you meet these three kids and gain their trust?

I was living in the DRC working as a freelance journalist and kept seeing these kids around. Eventually Patient came up to me and gave me this Bob Marley pot leaf bandanna. I still have it. Patient's been living on the street since he was five and is absolutely the most magnetic kid I've ever met. From there, it was a matter of trying to learn as much as possible, getting these guys to see me as more than just someone who was going to throw some spare change their way after lunch.

This film is part documentary, part narrative and it's been said that you and the three kids wrote this film together. Tell me about this unusual creative process.

I started writing this script based on the conversations that we'd been having and from observing this gang of kids around town—where they hung out, what they did, etc. I came to the kids with the script and pretty soon after we started filming they flat out rejected it. Rather than force them to stick to my script the conversation became, okay, well how should this look then. Things spiraled out of control from there, and I tried to keep up.

You've done other films in the Congo. What is it about that place that you're drawn to?

I had never done any journalism work before the Congo. I hadn't even really made a documentary before. I had been doing fashion and music videos in New York, which never really felt right. So I was this extremely under-experienced and under-qualified kid who probably drastically overestimated his abilities and then was given this responsibility all of the sudden to tell an objective story. But that also didn't feel right, because I saw those stories getting made, manufactured even, and I saw that objective stories don't exist. So I tried to make something as honestly subjective as I could. Those questions that were raised there, about where I am, about who I am, about the history of who I am in documenting where I am, those are questions that were first raised during my time in the Congo that I hope to pursue for the rest of my career. 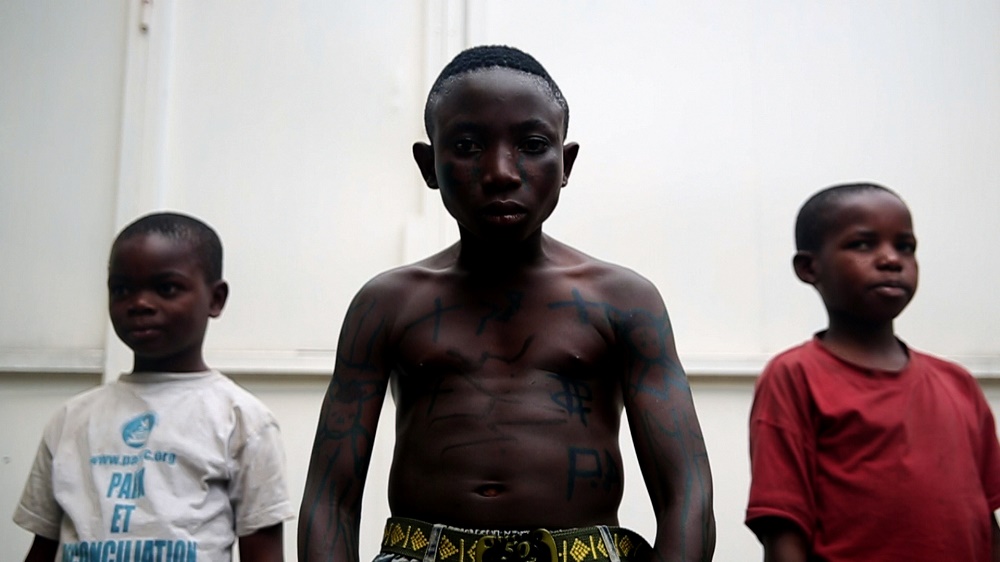 The score by Dirty Beaches is particularly memorable. Tell me about that collaboration.

I had just come back and was trying to catch up on all the music I had missed out on while I was over there. I'd been a big fan of Alex's work for a while, and while I was sorting through all the footage I was listening to what at the time was his new album, "Drifters/Love is the Devil," on repeat. It was just sort of one of those mad scientist things where you spill something in the lab and it ends up working. I wrote him up and was like, "I love your music, I made this thing, I'd love to have your music in this thing." Luckily he's a really cool guy and was real supportive of the project.

I see a strong Terrence Malick influence here. Is it accurate to say he's an influence? If not him, then who?

Terrence Malick is great. "Badlands" and "Days of Heaven," in particular. I'd say that the single greatest film influence on me has been Werner Herzog, especially for this project. It sounds corny but he's someone that embodies filmmaking as an entire way of life rather than just this craft. Something that someone, I think it was Roger Ebert actually, said about him is that he just always knows where to look. And it's true. I was actually lucky enough to take part in his Rogue Film School last year and it was absolutely one of the most inspiring experiences of my life. Something that he kept telling us was to "name the glory." Name the glory, over and over. It's something that I think about a lot. It keeps me humble about my place in the process but also when I'm super overwhelmed it brings me back down to earth. Like what you're looking for is already out there—just chill out, listen, articulate it.

With the fight scene at the end, many directors would have used a lot more footage than you did, thinking they had "documentary gold." But you used a series of jump-cuts, which made it more effective.  What went into that decision?

Yeah that scene was intense for a lot of reasons I won't go into, but I think while I was making this project I was trying to be really conscious of it not being this violence-and-poverty pity fest which is what so many of these stories get reduced to. Like yeah, there is that, but there's also people living normal lives. Saving that stuff for the end but then taking most of it away kept the emphasis on where it should be kept, on Patient's voice.

I'm currently shooting two feature documentaries around Baltimore. One's about the strongest 14 year-old in the world. The other's about rats. Other than that, just trying to stay happy with some smaller photo and video projects.

For more on Theo Anthony’s work, go to www.theoanthony.net.

Chop My Money from Theo Anthony on Vimeo.