Robert Rodriguez Adapts “From Dusk Till Dawn” For Small Screen

It’s not uncommon for a hit film to make the transition from theatrical experience to weekly series. Right now, NBC is touting the early success of their adaptation of "About a Boy" while their "Hannibal" and A&E’s "Bates Motel" rely heavily on the film iterations of their central characters. What is a little unusual about El Rey’s "From Dusk Till Dawn," other than the fact that it’s the first original series on the fledgling network (premiering Tuesday, 3/11), is that it’s not a reinterpretation of characters or expansion of their universe as much as it is a retelling of an already-known story.

It’s a show that may actually work better for those completely unfamiliar with the 1996 film starring George Clooney, Quentin Tarantino, and Salma Hayek. Comparisons to its bigger-budget, higher-profile predecessor do the show few favors and the storytelling offers no surprises for those who know the tale. And so enjoyment of it becomes a matter of execution, which is a mixed bag in episode one. Some casting choices are inspired, others awkward. Some style choices by Rodriguez simmer, others fizzle. Again, reviewing a new series based on just one episode proves difficult. Every element that could be developed in an interesting way feels balanced by a decision that seems unlikely to be corrected. 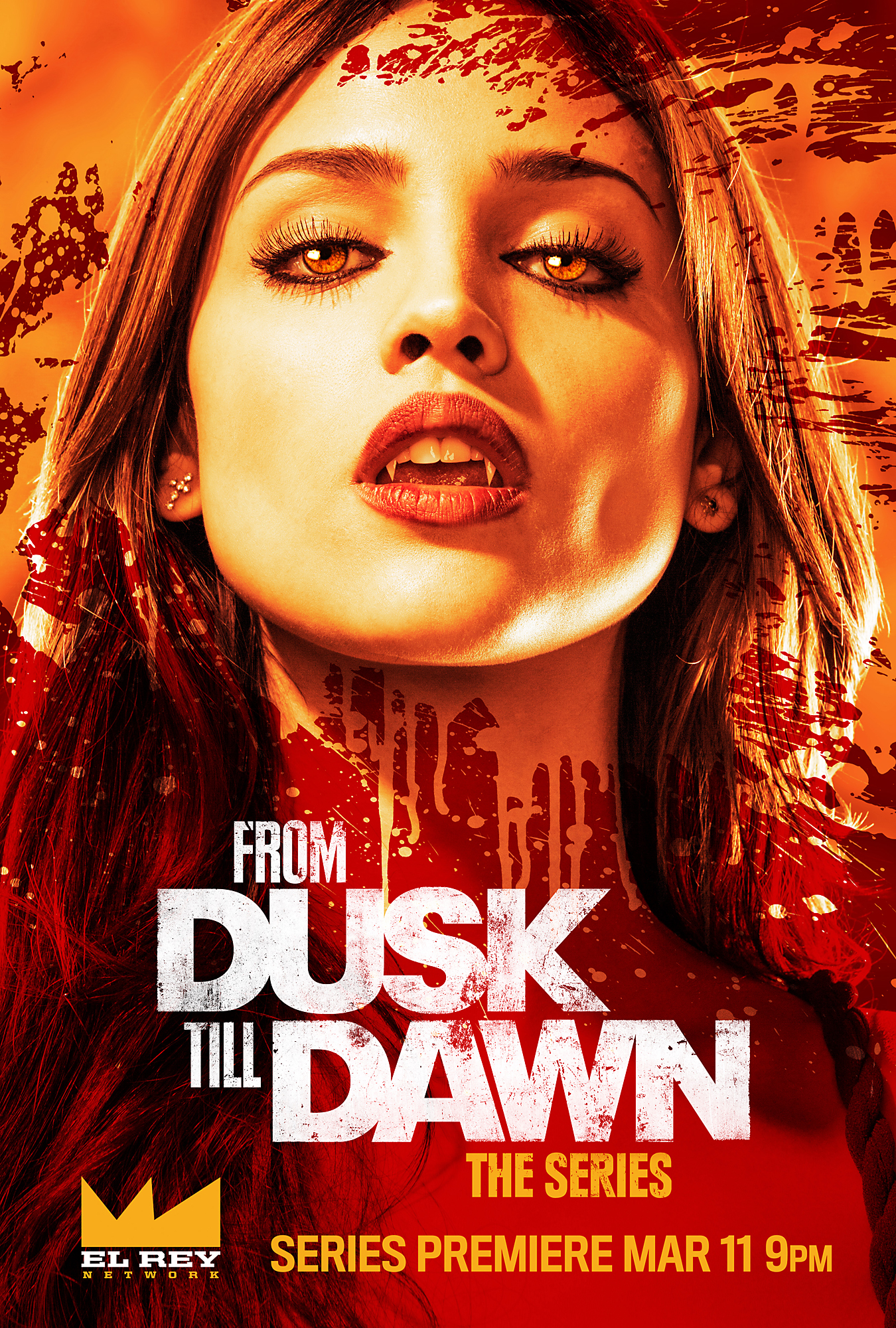 If you’ve seen the first ten minutes of the film, you know where the premiere of “From Dusk Till Dawn” will go, just with extended flashbacks and scenes of dialogue to flesh out characters and get the feature film running time to a 10-episode arc. So, yes, you won’t be surprised that you don't get to the Titty Twister (the strip club that was the central location of the film) in episode one, as the majority of the episode involves the recreation of the shoot-out that opens the film.

Texas Rangers Earl McGraw (Don Johnson) and Freddie Gonzalez (Jesse Garcia) have stepped out of the clichéd cop handbook to guide the action of the premiere. Of course, McGraw is the grizzled vet who warns young family man Gonzalez that the job will pull him away from his family in ways that should deter him from even trying to have one. You half-expect McGraw to say "I'm getting too old for this sh*t" even if Johnson sells the cliché in a believable manner. When the crotchety old cop goes into a local liquor store in his border town, his life changes forever.

Seth Gecko (D.J. Cotrona) and his maniacal brother Richie (Zane Holtz) have committed a violent bank robbery, and they just happened to stumble into the aforementioned establishment just prior to our heroes. Richie is even more unstable than his film incarnation (which allows Holtz to improve greatly on Tarantino’s dull performance in the film) and he essentially snaps on the store owner, two customers, and McGraw when his trigger finger gets a little itchy. The rest of the episode essentially consists of the stand-off at the store, allowing Rodriguez some expert action-scene staging. We’re also introduce via phone to a benefactor of the Geckos played by Wilmer Valderrama (Robert Patrick, Jake Busey, and Adrianne Palicki will appear in future episodes). 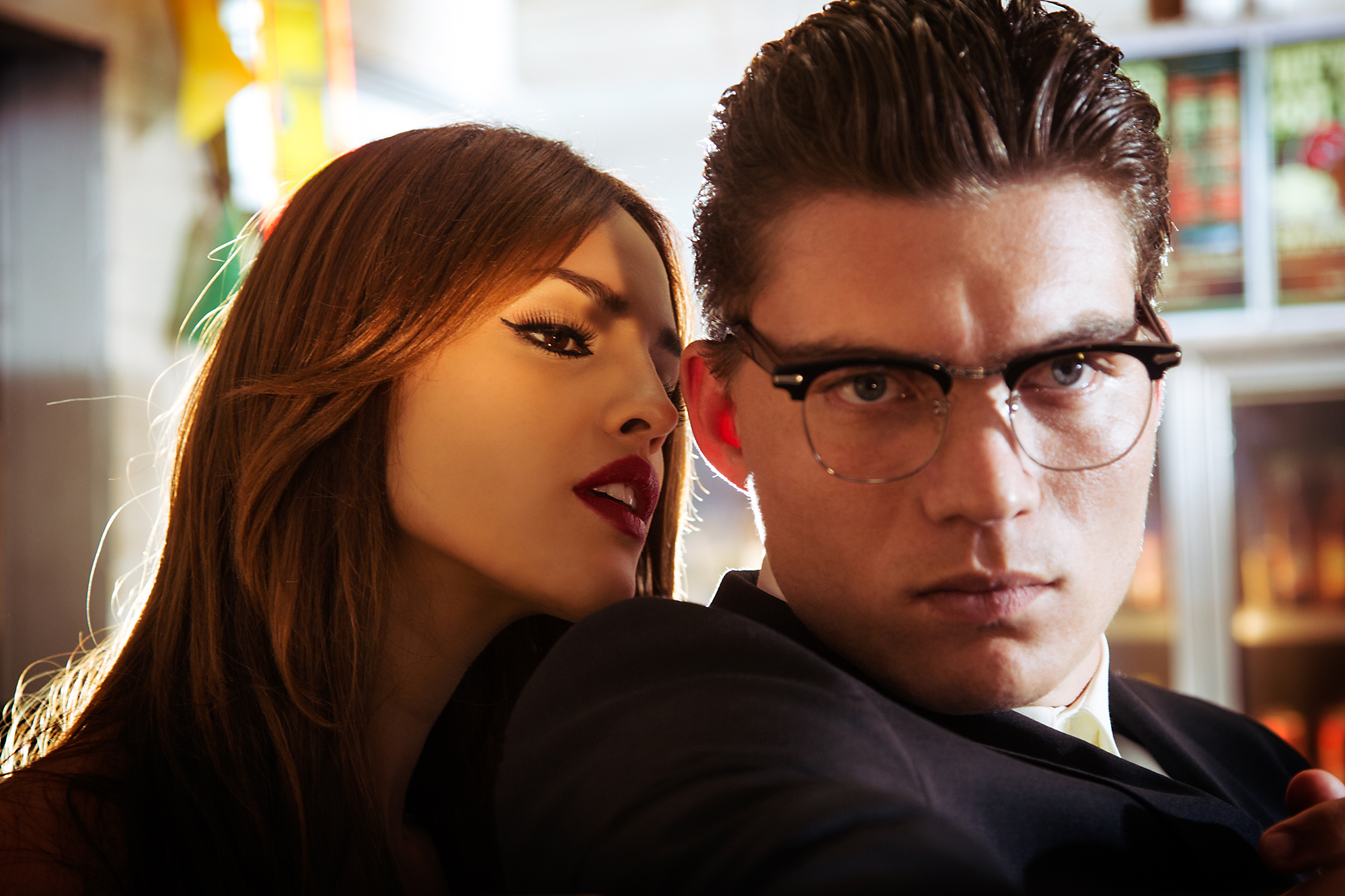 Holtz is a notable upgrade from Tarantino but Cotrona suffers in comparison to the charismatic Clooney performance from the film. He’s not charismatic or menacing enough for the part to really work. Lines like “You’re not going to make me count to three, are ya? Cause I can’t count that high,” are likely to produce more laughter than tension. Garcia also seems awkward and a bit uncertain; it’s partially due to his character’s inexperience but the actor himself could use a confidence boost in future episodes. Without question, Don Johnson steals the first episode, proving yet again that he needs more regular TV work. After seeing his supporting turn in Jim Mickle’s "Cold in July" at Sundance, I became convinced that he needs to do an extended, season-long arc on "Justified". I’m even more so now.

While he’s never been a great writer, Robert Rodriguez knows how to stage an action scene as a director and that theatrical-grade expertise has made the transition to television intact. It’s hard to say how the show will develop as it gets into the bulk of the actual story from Tarantino’s script or as Rodriguez abdicates the director’s chair to other filmmakers but this is a solid set-up installment. Especially if you haven’t seen the film.