Ripples of unease reverberated throughout the audience last night at Chicago’s Landmark Century Centre. What was meant to be an evening celebrating the work of female filmmakers at the Midwest Independent Film Festival, an invaluable monthly screening series in the Windy City, took a jarring turn into near-apocalyptic dread during the pre-show producers panel moderated by Nina Metz of the Chicago Tribune. “Governor Rauner, in his efforts to have the legislature get to some agreement about our budget, has said that he is suspending the Illinois tax credit,” Metz reported, a move that would be a devastating blow to all film and television production in the state.

One of the panelists, filmmaker Kris Swanberg (whose new feature, “Unexpected,” premiered at Sundance and played the Chicago Critics Film Festival last month), maintained that she’s determined to continue shooting films in Chicago, though the elimination of this incentive would make it much harder. The panel’s other guest, executive producer Kat White (“Life Itself,” “The Trials of Muhammed Ali”), argued that new hope is on the horizon, thanks to the Senate unanimously passing crowd equity funding that would enable filmmakers to reach non-credited investors. White noted that Rauner’s decision would, however, discourage TV networks and Broadway-bound productions from entering the city.

After the screening, the festival’s Co-Founder and Director of Programming, Mike McNamara, told the audience that he had spoken with Illinois Film Office director Christine Dudley, who asked him to make the following announcement: “The Illinois tax program has not been suspended. All approved productions will not be impacted, all approved tax credits will be issued. All new applications will be deferred at this time. We do hope that this will be a very temporary deferment.” McNamara concluded by stating that a fact sheet detailing all information regarding the tax incentive’s current state would be posted on the official festival site within 24 hours. Though this assurance received a smattering of applause, it did little to quell the nerves of filmmakers depending on the incentive for future projects. 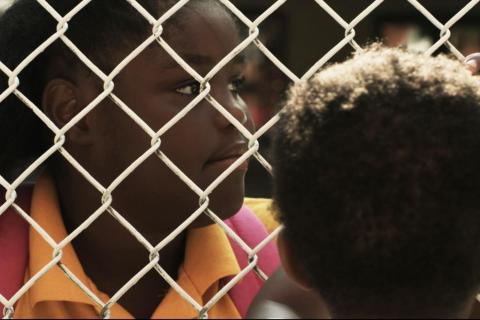 In some ways, this unwelcome news bulletin made the act of viewing the evening’s six short films all the more powerful, since they each beautifully illustrated the vitality of creative expression. Kris Swanberg’s “Baby Mary,” serves as somewhat of a prelude to “Unexpected,” while expanding further on the director’s recurring themes of parenthood and female identity. A mother partakes in a noisy altercation with her next-door neighbor, remaining oblivious to her baby daughter, who stands crying in the front yard. A young girl passes by, takes pity on the baby, and instinctively decides to take her home. The editing by David Lowery accentuates the underlying tension triggered by this premise, while Mike Gibisser’s observant lens captures the sort of tender, unaffected nuances that have become a Swanberg staple. Producer JJ Ingram said that she saw the girl as a younger version of the pregnant high school-age protagonist in “Unexpected,” and that she hoped “Baby Mary” would convey the message that “we need to be more active in providing education to young parents.”

Making its world premiere at the festival was Sue Gillan’s “The After Party,” a delightful two-hander that turned out to be one of the night’s biggest crowd-pleasers. The superb character actor David Pasquesi gets a very funny showcase here as the socially awkward husband of Gillan, who suspects that he’s hiding a secret from her. She’s right—though it’s not anywhere near the one she thinks. Cristen Leifheit’s entrancing stop-motion vignette, “Power(less),” centers on the intrusion of power lines upon a tranquil forest inhabited by a plucky woodpecker. “I work in an experimental narrative where I can express ideas and play with the balance of things,” Leifheit said. “I’m very interested in how technology physically impacts our environment.” I frankly didn’t know what to make of Jennifer Reeder’s “A Million Miles Away,” but the fact that I can’t stop thinking about it is a testament to its mesmerizing, almost Lynchian strangeness. There’s a substitute teacher whose scribblings of an erotic novel are translated via subtitles, a choir of teenage girls singing an impassioned version of Judas Priest’s “You’ve Got Another Thing Comin’,” and an eerie visual motif of glowing cat eyes etched on a T-shirt. Out of all the titles screened, this is the one I’d see again in a heartbeat. 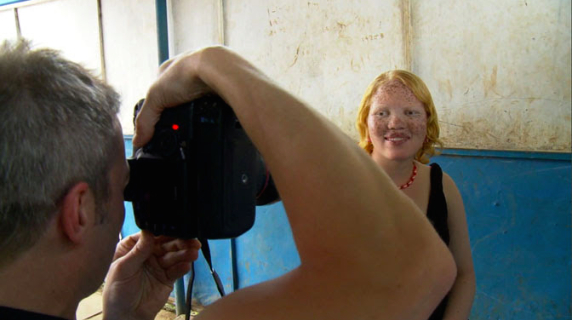 An especially poignant labor of love materialized in the form of “Flat Chested,” a tricky balancing act between raunchy comedy and sobering drama. The ever-lovely Alicia Witt stars as a young woman who bids adieu to her breasts after her test results for the BRCA gene mutation come back positive. Encouraged by her sister (Rebekah Ward) to indulge in a one-night-stand prior to her double mastectomy, Witt endures awkward encounters with various men, including Luke Perry and Chicago comedian Kevin Bozeman (whose improvisations could’ve reportedly filled an entire short film on their own). Director Kristyn Benedyk revealed during the post-screening Q&A that both of her sisters were undergoing cancer treatment while the film was in production, thus making the project far more personal than originally anticipated. “A lot of people said to put [the film] off,” Benedyk said. “My sisters were the film’s two biggest champions, and thought that this was all happening for a reason.” Both sisters underwent surgery and are currently cancer-free.

Last but certainly not least is Joanna Rudnick’s documentary short, “On Beauty,” the latest jewel in the crown of Kartemquin Films, which surely ranks as one of the greatest non-profit production companies in the business. The film deservedly won the Audience Choice Award at the Chicago International Film Festival, and follows fashion photographer Rick Guidotti as he shifts his camera from models to a new, infinitely more interesting subject: girls with albinism. Editor Liz Kaar informed the audience that Rudnick has the BRCA gene mutation herself. “She was drawn to making the film because her mutation couldn’t be seen,” said Kaar. “She came across Rick’s exhibition and thought it was amazing that he was having people accept their mutation by showcasing it.” All societally imposed stigmas evaporate under Guidotti’s nurturing, tirelessly exuberant gaze. Watching these girls grow comfortable in their own skin is a joy to behold. “On Beauty” is, quite simply, a masterful example of how cinema can serve as a humanizing force in the world. We need films like this. We can’t afford to lose them.