Here is a thing that is always true of a film directed by Dario Argento: it is ridiculous. I say this as a stalwart, even stubborn admirer of the director’s work from the early ‘70s until the mid-1990s. The plots of his giallos are corkscrewed past the point of even the most optimistic whodunit fan’s credulity, and the narratives of his supernatural-themed pictures are literally nonsensical. In Italian or English, the dialogue of his pictures is spectacularly flat, as in the deathless “Say, where’s Ann, my secretary?” in “Tenebrae.”

Argento is ridiculous until he is not, which most often is when he depicts an act of violence wherein the choreography of the performers, and the action of the camera, achieves a level of synchronization so precise as to be morbid. The director’s obsessive simulations of not mere death, but killing, make him a maestro of the cinema of sensation. Hitchcock said his films weren’t slices of life, but slices of cake. Argento’s cake slices are spiked with razor-blade slivers.

That’s the reason why, despite their surface risibility, Argento’s films have inspired piles of erudite and equally obsessive commentary, beginning with Maitland McDonagh’s 1991 book “Broken Mirrors, Broken Minds.” It’s also the reason why Argento’s work is constantly being recycled and restored and re-restored on home video. There have been more different DVD editions of 1975’s “Deep Red” than there have been of “Casablanca.” There are different reasons for this; some of them have to do with the difficulty of acquiring materials for mastering a definitive edition. But each new edition of an Argento film on DVD or Blu-ray is accompanied, almost as a rule, by new supplements—exhaustive commentaries, reminiscences of actors, musicians, and other participants in the film. Argento-obsession is recombinant, it seems. 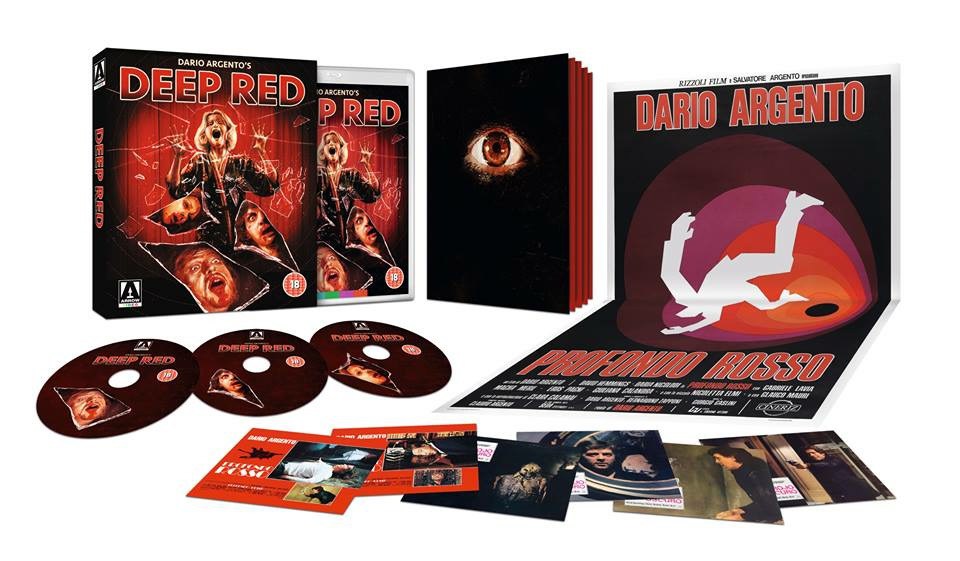 And, in certain respects, exclusive—almost all of the Argento editions that occur are limited sets. Indeed, the region-free Arrow Video three-disc extravaganza of “Deep Red” that came out in January of this year is already out of print—although May will see the release of a less elaborate edition of a 4K disc of the movie from that company.

It’ll be a version to jump on. “Deep Red” is a breakthrough picture for Argento. His prior films were stylized giallos with enticing titles—“Four Flies on Grey Velvet,” “The Bird with the Crystal Plumage”—but they were, to a certain extent, bound by genre convention. That is, they played by the rules. “Deep Red” was louder, nastier, more violent, more irrational than anything he had done before. It threw down a gauntlet that other filmmakers, including extremists such as Lucio Fulci, would be inclined to pick up in ways that redefined sadistic cinema for better or worse. It starred David Hemmings as a disaffected jazz musician compelled to crack a series of murders, and began with the grisly knife-and-window-pane flaying of a psychic played by Macha Meril (of Godard’s “A Married Woman” fame). From Meril’s floral robe to the globby-thick eyeliner of one of the movie’s central characters, the movie is a kind of miracle of visual excess, and the new Arrow version is a remarkable rendering. The picture was shot in Techniscope—a format designed to simulate CinemaScope on the relative cheap—and cinematographer Luigi Kuveiller (“Investigation of a Citizen Above Suspicion”) obviously knew his way around it; there’s a regal ornate quality to even the most elemental images. The supplements include a first-rate audio commentary by Thomas Rostock, a video essay on Argento’s progression in the genre, interviews with Argento, co-star and one-time muse and co-writer Daria Nicolodi, and more. 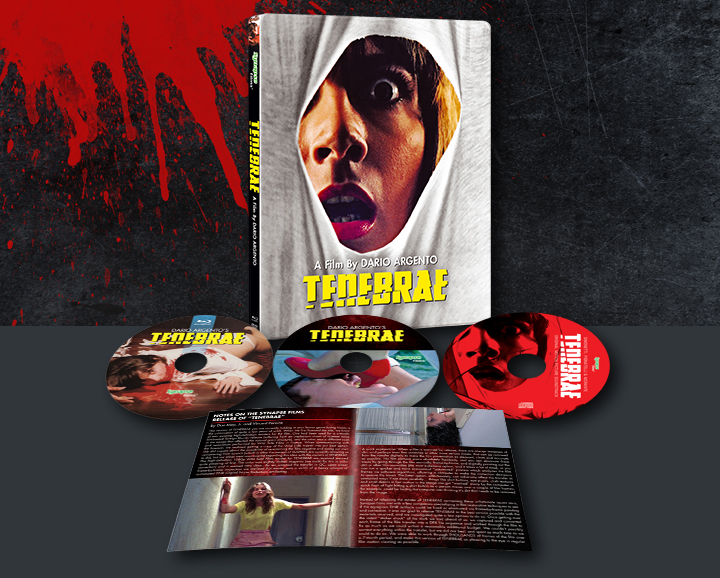 Synapse Film’s steelbox presentation of “Tenebrae,” Argento’s 1982 giallo, is a painstaking restoration. The company is preparing similarly exacting versions of Argento’s best-known film “Suspiria” (1977) and his unusual giallo/sci-fi/supernatural hybrid “Phenomena” (1985, starring a young Jennifer Connelly). As good as Arrow’s 2015 release looked, the Synapse version is even better; exceptionally sharp (the steel fence outside the first victim’s apartment building looks as if it had been painted blue just minutes before the camera’s rolled) and colorful, but still replete with the authentic celluloid qualities of the best theatrical presentation.

Coming after two somber but frenetic supernatural pictures—the aforementioned “Suspiria” and 1980’s “Inferno”—it has an unusual to-hell-with-it quality. The plot-driving scenes feature American stars John Saxon and Tony Franciosa looking like they’ve made a bet to see which actor could take his role less seriously, while the murder set pieces just keep raising the stakes in terms of elaborate camera movement and you-know-the-blade-is-falling-but-you-don’t-know-where-it’ll-strike violence. The finale is an orgy of kill-'em-all nihilism (that sounds like a spoiler, but it’s not) that’s blood-chillingly terrifying in spite of the thoroughly unconvincing characters. It’s a thrilling, vexing film, a kind of ode to aberrance, teeming with preoccupations and fetishes that exist only for their own delectation.

The extras include trailers, variants of credits sequences and an informative feature-length documentary about giallo films with the arguably unfortunate title “Yellow Fever: The Rise And Fall of the Giallo,” which features interviews with a host of experts, including directors Luigi Cozzi and Richard Stanley and writers Alan Jones and the aforementioned McDonagh. A standard-def disc and a CD of the soundtrack round out the limited-to-3000-copies package. Synapse emphatically states that this edition is it—no movie-only version in the future. But as long as the Argento cult persists, packages such as these will arise.